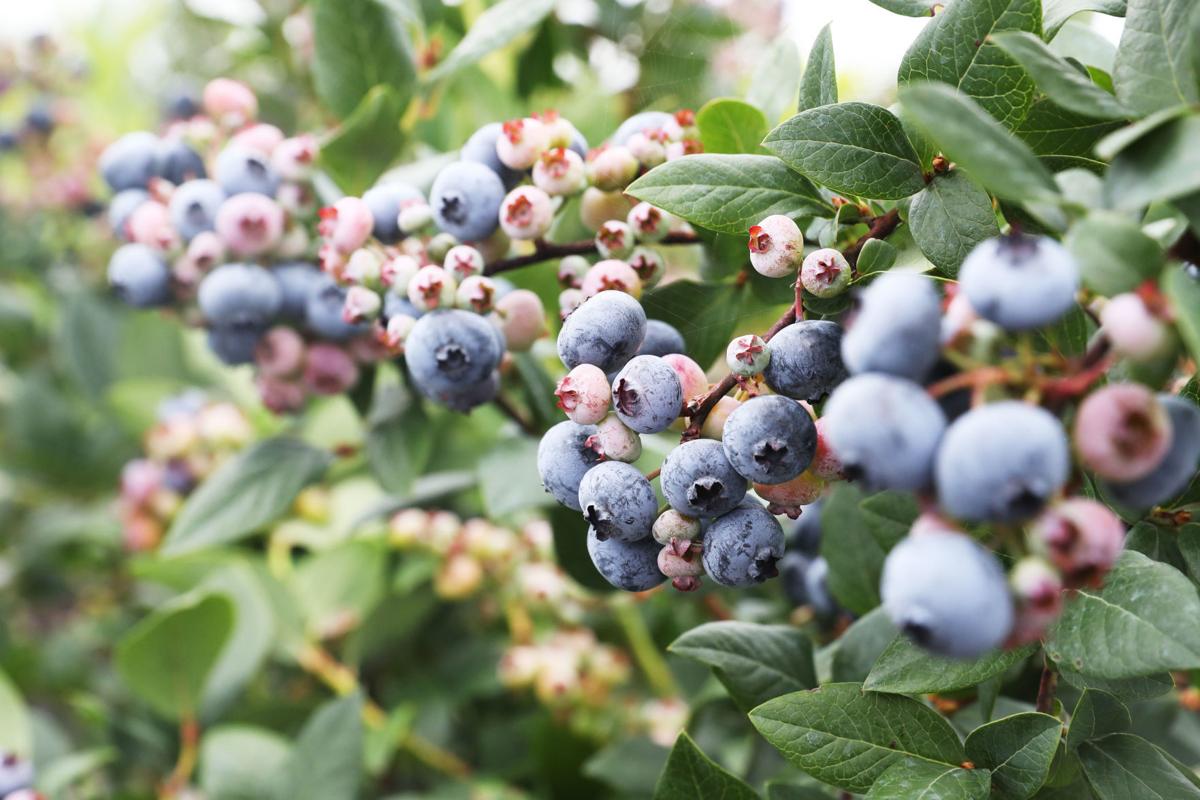 South Jersey has more than 200 blueberry farms, 90 percent of which are in the Atlantic County area. 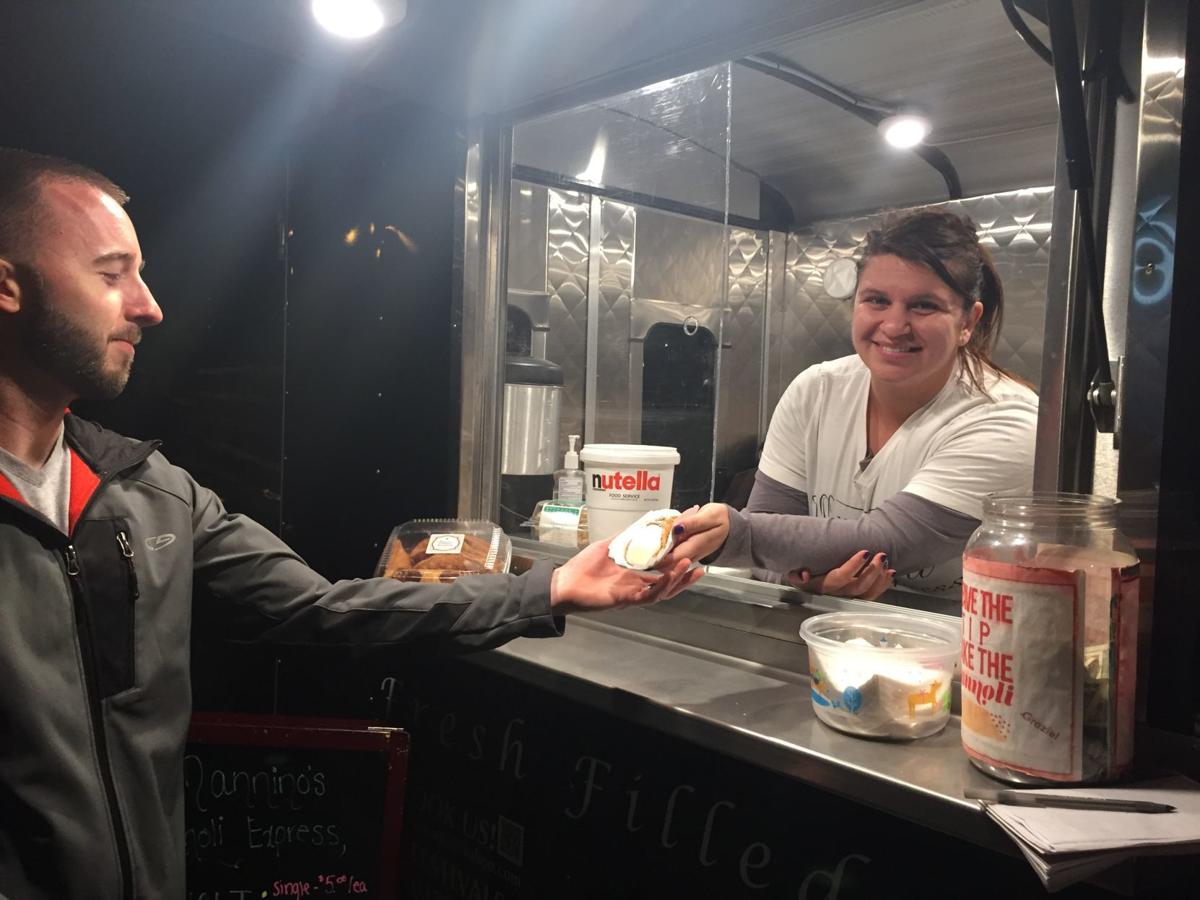 Gabriella Tomasello, owner of Mannino’s Cannoli Express, travels throughout Atlantic and Gloucester counties with her food trucks. She now has a brick-and-mortar spot in Hammonton. 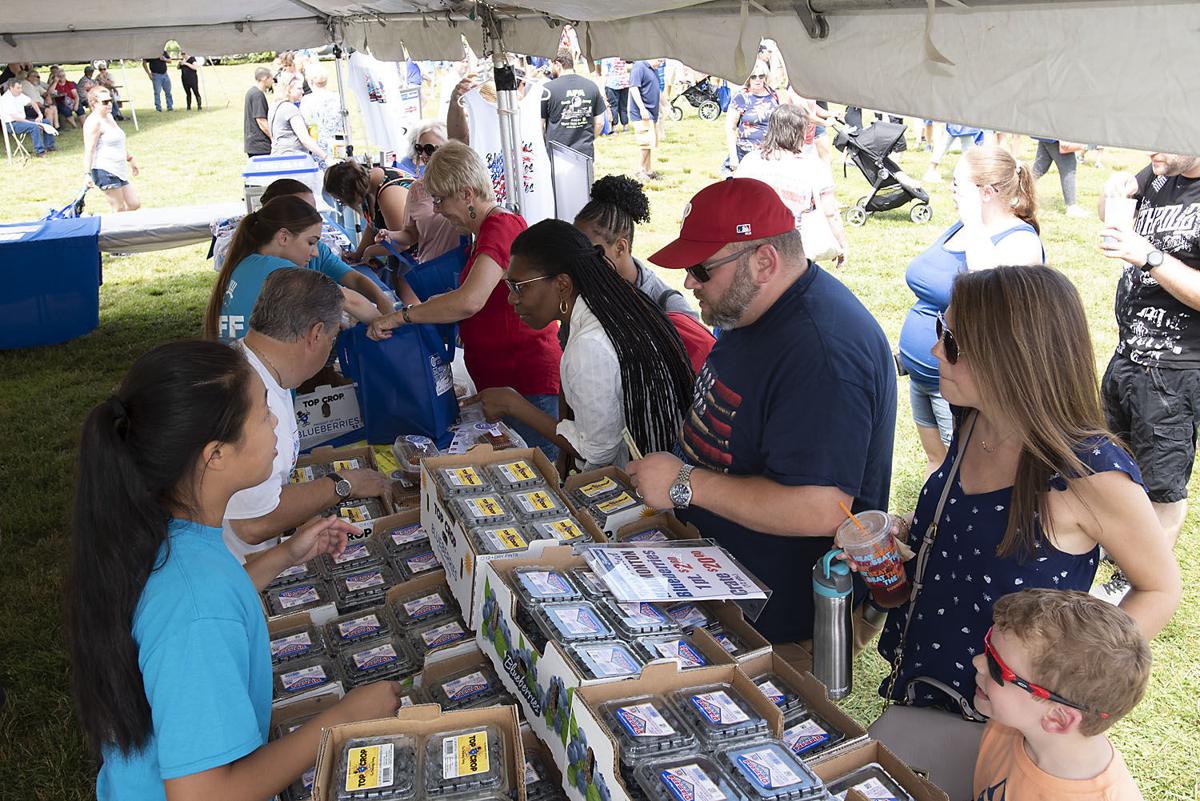 The difference is significant, and once you’ve tasted the Garden State’s fruit, you will never go back to store-bought brands.

Hammonton, otherwise known as the “Blueberry Capital of the World,” is home to nearly 50 farms that harvest blueberries, says Runfolo, who chairs the committee for Hammonton’s Red White & Blueberry Festival to be held on June 30. South Jersey has more than 200 blueberry farms, 90 percent of which are in the Atlantic County area alone, notes Runfolo.

Not only are Jersey blueberries plentiful, but they’re also packed with flavor.

“When you eat a Jersey blueberry, it’s totally different from what you get in stores,” says Demetrios Haronis, executive director of culinary operations at Tropicana Atlantic City. “Those blueberries are flavorless. But when you try a Jersey blueberry, you understand what a blueberry is supposed to be.”

Sweet and versatile, the fruit can be used in pancakes, pies, muffins, waffles, salads, smoothies, donuts, turnovers, fritters and French toast. It can accompany lamb dishes as a demi glace, as a compote with grilled chicken, or as a sweet and sour reduction with pork tenderloin, pork chops, wild turkey and game birds. It also can enliven cocktails by enhancing the flavor of gin, vodka, rum and tequila.

“When is comes to blueberries, you’re restricted only by your imagination,” says Haronis. At Tropicana, Haronis offers lemon blueberry donuts, blueberry fritters and blueberry crumb cake for banquet and catering customers. Over at Il Verdi, they have a limoncello mascarpone cheesecake with blueberry compote on the dessert menu. Fiesta Buffet has sweet offerings of blueberry lemon meringue pie, blueberry cobbler and a mixed berry bread pudding.

Gabriella Tomasello, owner of Mannino’s Cannoli Express, premiered her blueberry cannoli at the Red, White & Blueberry Festival several years ago. The cannoli were a huge hit, so much so that Tomasello knew she was onto something. She opened her own bakery in Hammonton where patrons can enjoy blueberry cannoli — and other gourmet cannoli — anytime they want.

Vince Mazzeo, owner of the Northfield grocery store B.F. Mazzeo, crowns the blueberry with his 10-inch, open-face, pie. A graham cracker crust embraces four to five pints of Hammonton blueberries, which are mixed with sugar and syrup, made with a special ingredient Mazzeo refuses to name.

The pie isn’t baked. Nor are the blueberries cooked on a stove. Instead, they’re blended with just the right amount of sugar and special syrup.

“There’s a fine line,” says Mazzeo, who also makes a 6-inch pie topped with crust. “If you don’t put enough of the syrup, it won’t come together. And if you put too much, then that’s a problem too. After a while, you get the knack for it. The pie has a nice flavor and freshness, and that’s what people like about it.”

At No. 7311 in Ventnor, a blue light in the window tells customers whether the bakery’s popular blueberry pies are available.

“Our pies are a huge hit,” says Jake Gluck, manager of No. 7311. “They’re a Jersey Shore classic. No one makes them quite like we do. We use fresh, Hammonton blueberries that are only available in the summer. They’re made with love from a family recipe. They’re cool, refreshing and delicious.”

The pies sell out quickly — only 25 are made per day — so if you want to enjoy these special treats, call three days ahead and place your order, Gluck advises. That’s the only way you’ll be sure to get them.

“People come in and they’re disappointed because the pies are often sold out,” says Gluck, noting that No. 7311 is a small-batch bakery. “We don’t mass produce our products. We make our batch for the day, and when it’s done, that’s it.”

No. 7311 offers Jersey blueberry muffins, both gluten-free and Paleo; a blueberry buckle, which is a fruity crumb bar; and, on occasion, an almond blueberry coffee cake.

“Even when our blueberry pies aren’t available, we have other options for customers,” says Gluck. “We make sure people leave as happy as possible.”

With Jersey blueberries, happiness is a given.

South Jersey has more than 200 blueberry farms, 90 percent of which are in the Atlantic County area.

Gabriella Tomasello, owner of Mannino’s Cannoli Express, travels throughout Atlantic and Gloucester counties with her food trucks. She now has a brick-and-mortar spot in Hammonton.