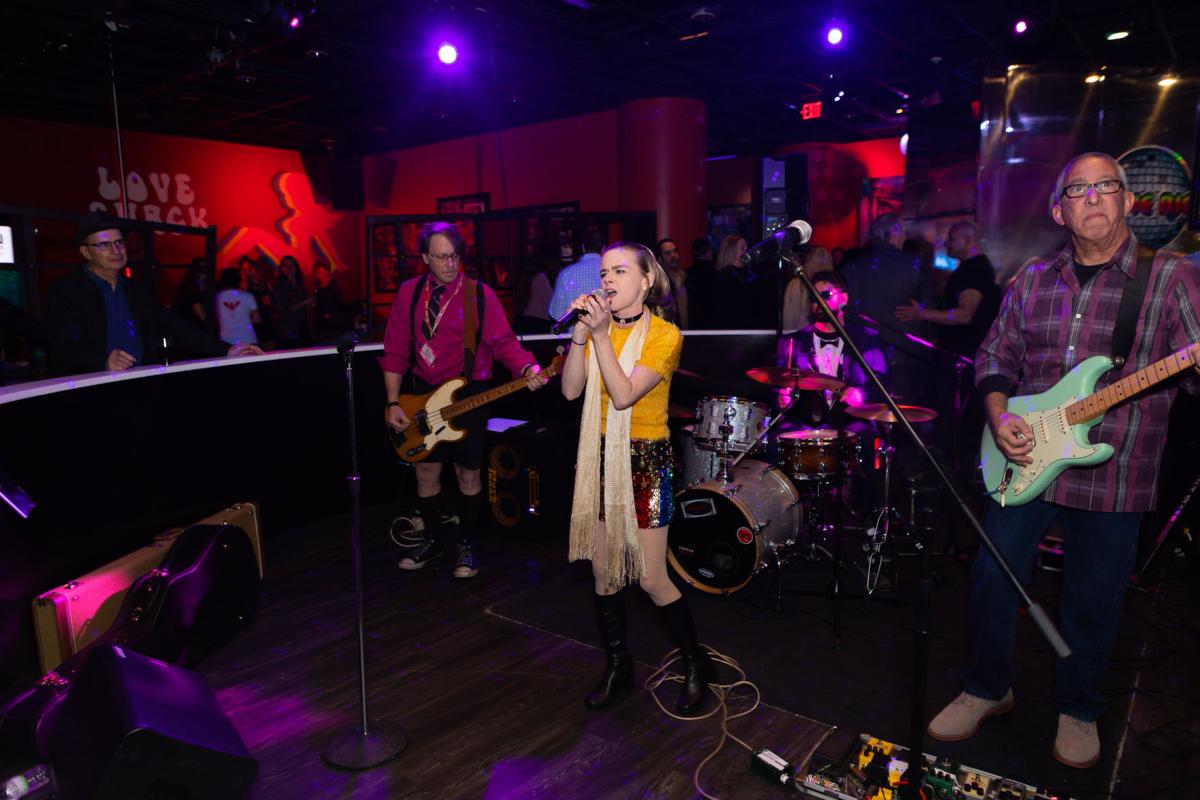 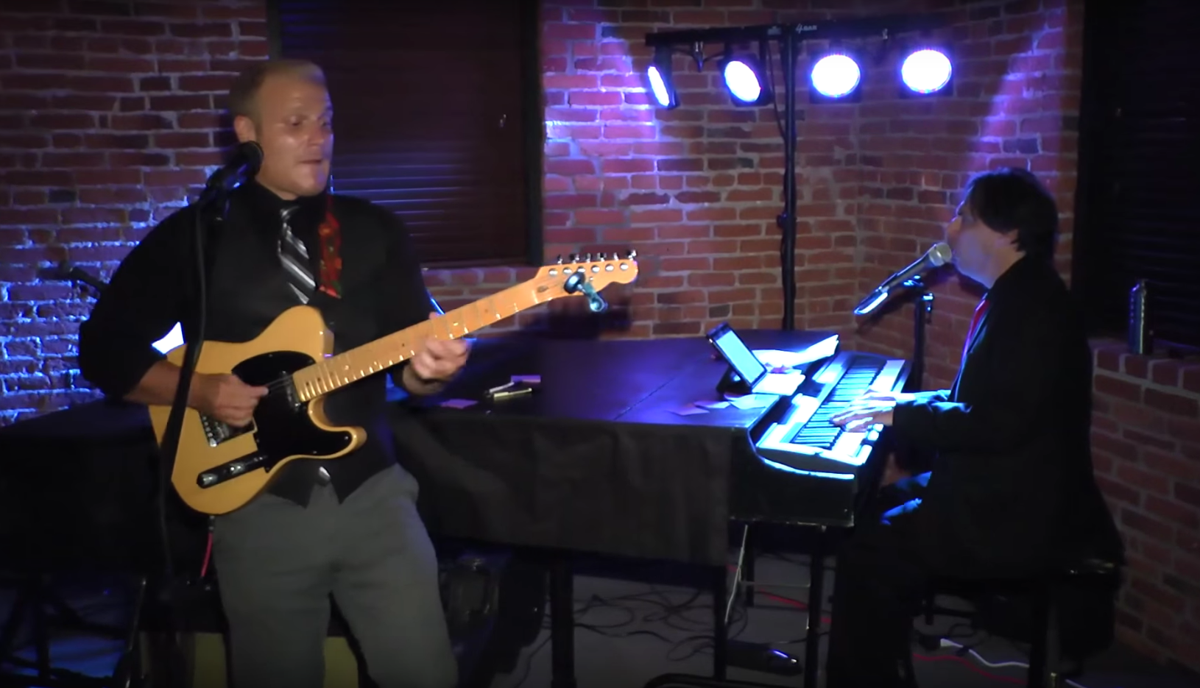 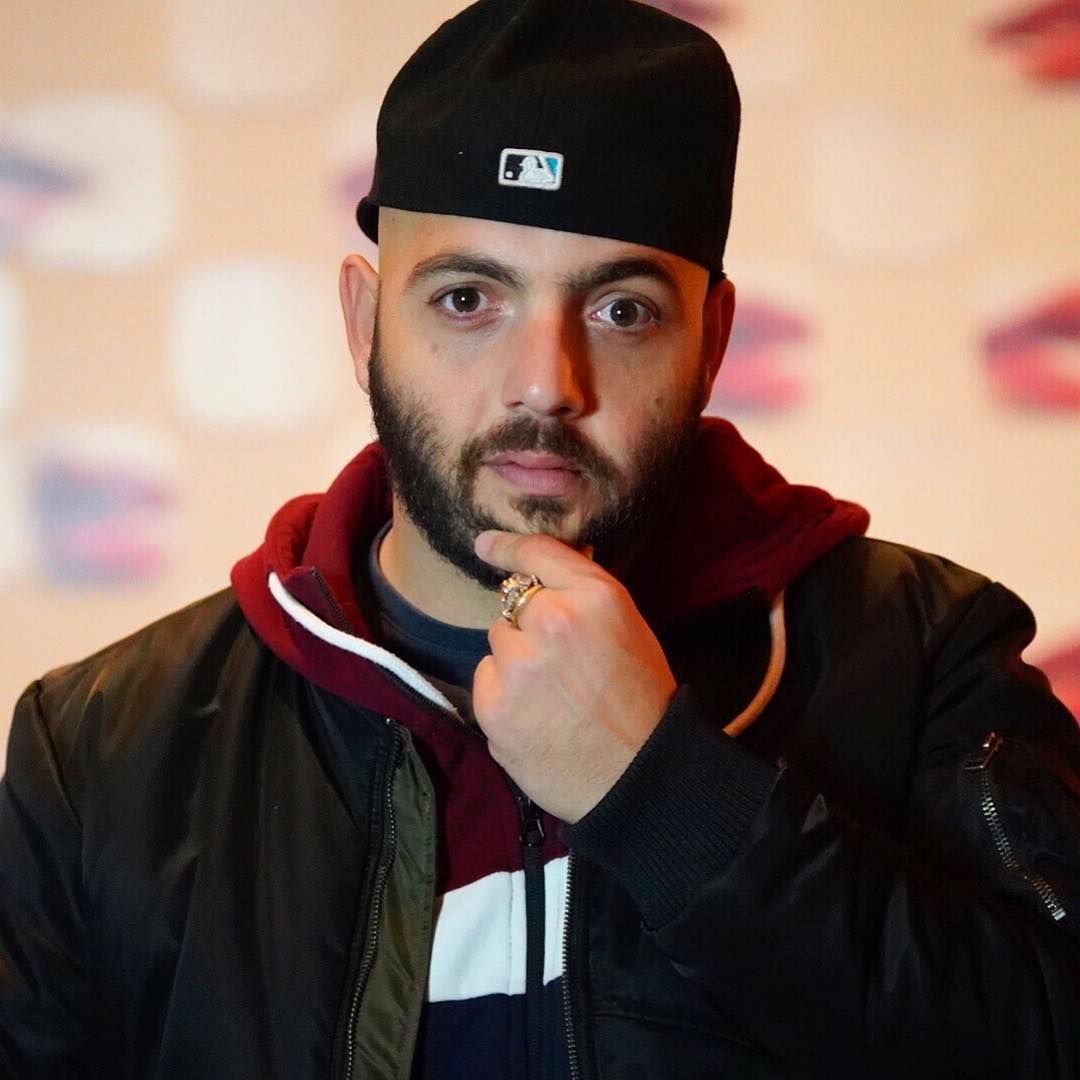 Petey Rancel is the hilarious headliner at AC Jokes at Kiss Kiss Nightclub this Thanksgiving Eve. 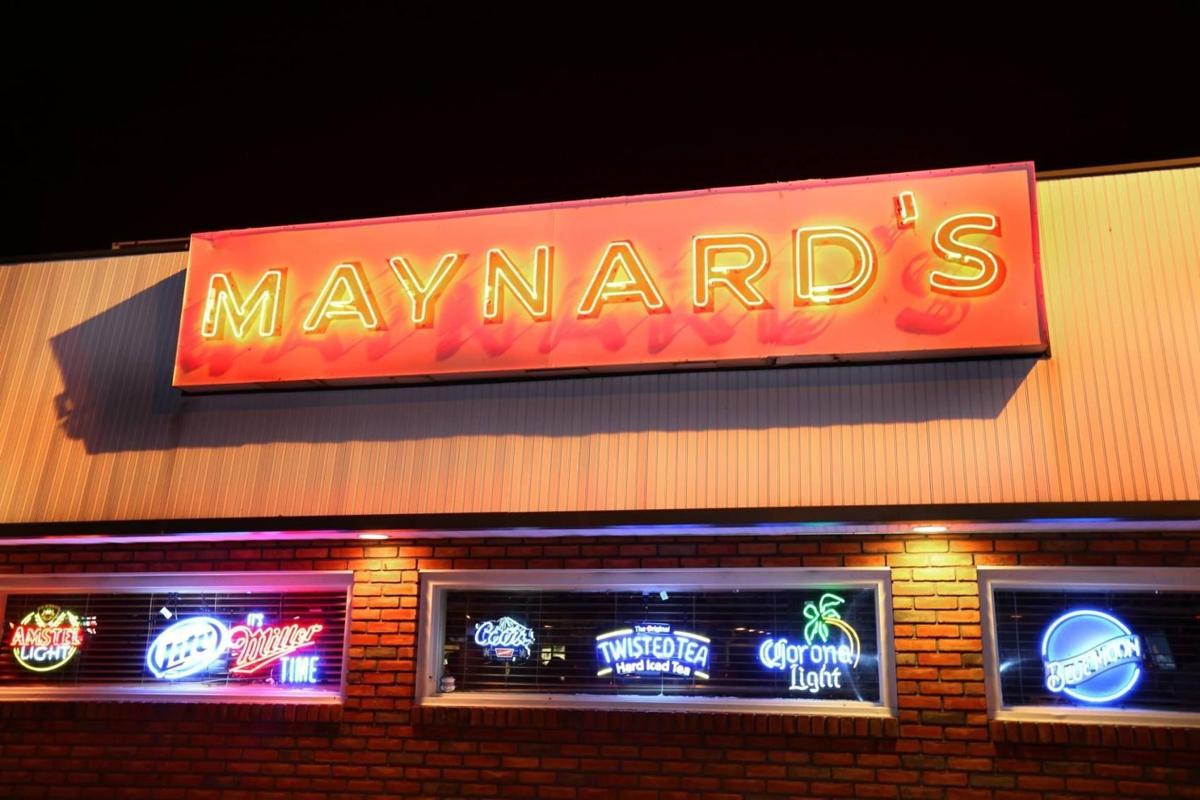 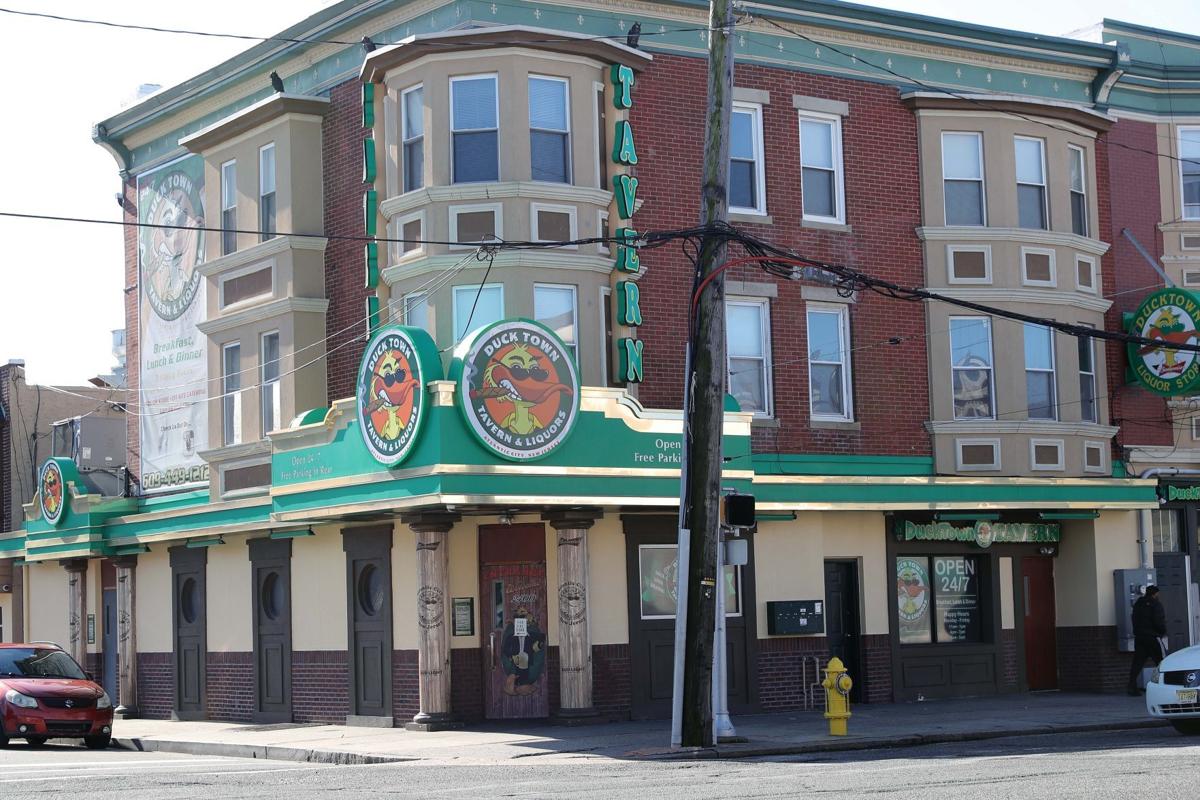 It’s hard to believe, but somehow, we’ve gotten through most of this crazy year, and we’re finally at Thanksgiving.

Along with turkey, football and family, we’ve come to expect another holiday tradition from Thanksgiving … Thanksgiving Eve!

While a lot has changed, Thanksgiving Eve is still happening, particularly outdoors in heated tents. Did we say it was a crazy year?

Here, are 11 places to celebrate this unofficial holiday … along with some bonus spots.

Atlantic City Comedy Club at Celebrity Theatre. Need a good laugh before you head into the holidays? Head to the Celebrity Theatre at The Claridge at 6 and 8 p.m. Wednesday for a comedy show from none other than Pete Davidson of “Saturday Night Live” and his awesome flick, “The King of Staten Island,” which was released over the summer and directed by Judd Apatow. The television and movie star and stand-up comic will be joined by the very funny Ricky Velez, who co-starred in Davidson’s “Staten island” and was named one of Variety’s “Ten Comics to Watch.” We may be smack in the middle of a pandemic, but these two will have you laughing like it’s 2019. It’s sure to be a funny good time—and when have we needed it more? Seating will be spaced to ensure safety. Tickets start at $49. Located at 2831 Boardwalk in Atlantic City. Go to AtlanticCityComedyClub.com for more information.

Tennessee Avenue Beer Hall. It’s not just Thanksgiving Eve; it’s also an anniversary. Get to Tennessee Avenue Beer Hall for their two-year anniversary party all day on Wednesday. It’s happy hour prices all day!! The festivities include drink specials ($2 PBR and Goose Island IPA draughts, $3 House-made Jell-O Shots, $5 select draught beers and more), kitchen specials like $6 Cheeseburgers and $7 Teriyaki Ribs, and music from the one-and-only Quasimodo’s Bride at 8 p.m. on the outdoor stage. There will also be some big giveaways to celebrate! With a firepit and heated bar and tent areas, you now have no excuses to not go out on what is usually one of the biggest party nights of the year. And there is no cover. Located at 133 S. Tennessee Ave. in Atlantic City. Go to TennesseeAvenueBeerHall.com for more information.

Renault Winery. Head to Renault Winery on Wednesday for a fun Thanksgiving Eve complete with a WIBG 80s Skate Party hosted by Ken Shaffer at 2 p.m., followed by dueling piano from the Philly Keys at 6 p.m. While you’re there, kick back with some sangria and snacks like Cheese & Charcuterie or spinach and artichoke dip with toasted bruschetta. Located at 72 N. Bremen Ave. in Egg Harbor City. Go to RenaultWinery.com for more information.

White Horse Winery. If a casual game night is your idea of a perfect Thanksgiving Eve, head to White Horse Winery at 5:30 p.m. Wednesday for Tacos and Trivia. Grab your buddies— max of six to a team — and some noshes from Rosa de Oro food truck and get ready to put your brain to use. The trivia theme is Holiday Movies, perfect for Thanksgiving Eve. Located at 106 Hall St. in Hammonton. Go toWhiteHorseWinery.com for more information.

Hi Point Pub. Need to let it all out? Head to Hi Point Pub 8 p.m. Wednesday to belt out some tunes karaoke style in their outdoor, tented seating area. While you’re there, dig into 50-cent wings and $4 shots of Jameson and Tullamore Dew … it’s going to be a long winter. Located at 5 North Shore Road in Absecon. Go to HiPointPubAC.com for more information.

Pitney Pub. If you’re looking for a little something extra to be grateful for just in time for Thanksgiving, get to the Pitney Pub 7 p.m. Wednesday for live music from Legacy as well as drink, appetizer, and dinner specials. The party lasts until 11 p.m. Located at 200 S. Pitney Road in Galloway. Go to PitneyPub.com for more information.

Harry’s Oyster Bar. Save the turkey for Thursday. On Wednesday, celebrate Thanksgiving at Harry’s Oyster Bar with their annual Thanksgiving Eve Buck-a-Shuck Event. With $1 oysters on the half shell (chef’s selection) as well as $3 Bud Light drafts all day long, it’s the unofficial start to a perfect holiday weekend. Located in Bally’s at Park Place & The Boardwalk in Atlantic City. Go to HarrysOysterBar.com for more information.

Maynard’s Café. You can often look to Maynard’s for a great Thanksgiving Eve party. And this year, the tradition continues with two events! Get to the Starlite Garden at Maynard’s Café — a heated and covered outdoor area — for a Thanksgiving Eve complete with $2 Bud and Bud Light Drafts, $6 Bud and Bud Lite Pitchers, happy hour specials and a nighttime DJ. Located at 9306 Amherst Ave. in Margate. Go to Maynards-Café.com for more information.

Santucci’s Original Pizza. Want to kick back with some of the best of South Jersey? Get to Santucci’s 6 p.m. Wednesday for some of the area’s best pizza along with NC3, the three-piece edition of one of our favorite local party bands, No Clue. Made up of vocalist Dawn Manning, lead guitarist Richard Manning and bass player Bob Sudol, NC3 may be temporarily pared down in size for the pandemic, but they haven’t pared down the fun. Located at 6413 Ventnor Ave. in Ventnor. Go to SantuccisPizza.com for more information.

Josie Kelly’s Public House. Head to the outdoor Winter Garden at Josie Kelly’s Public House on Wednesday night for good eats (beef and Guinness pie, fish and chips and baked local oysters) good drinks (whiskey galore) and good music from the MPG Trio made up of the soulful Patty Blee and father/daughter pair Michael and Gabby Puggi. Located at 908 Shore Road in Somers Point. Go to JosieKellys.com for more information.

There are other places that will be celebrating, including Atlantic City’s Ducktown Tavern’s newly tented Duck Hut offering Mr. Finger’s Alibi Gin hot cider and hot cocoa cocktails; BullShots Bar in Atlantic City is planning a special night that will include a DJ, and its sister location Bare Exposure will also be a risqué option.

Check out our concert listings for what's canceled and what's not

A funny thing happened since our collective COVID-inspired shutdown … the casinos, without much fanfare, quietly re-opened. And with them, a c…

Petey Rancel is the hilarious headliner at AC Jokes at Kiss Kiss Nightclub this Thanksgiving Eve.