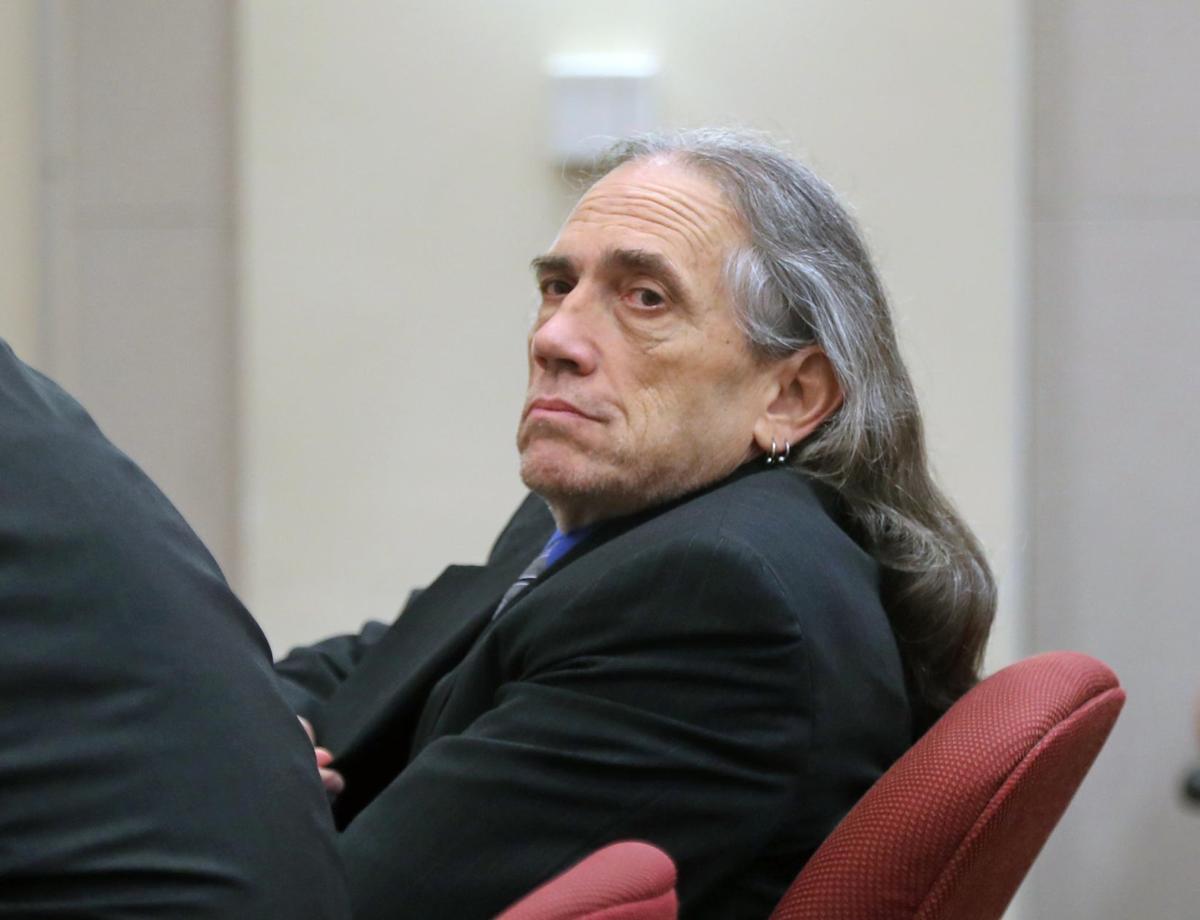 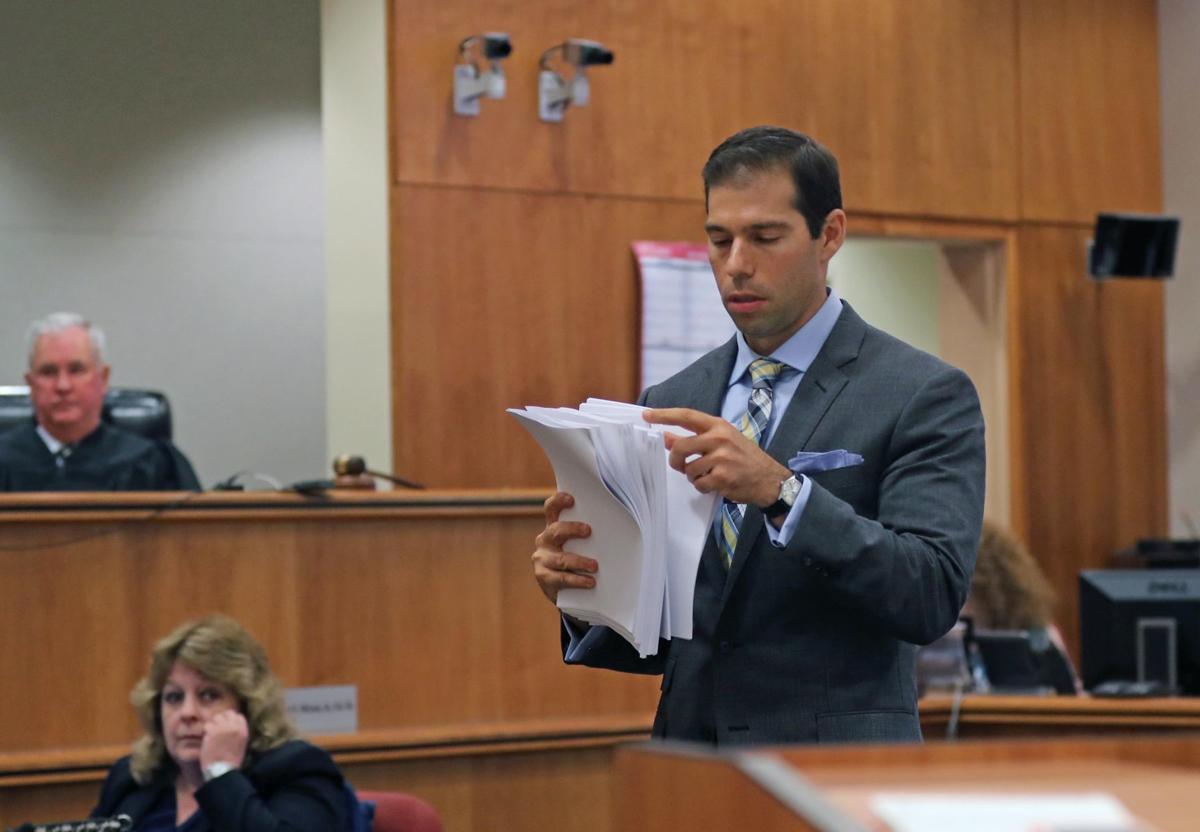 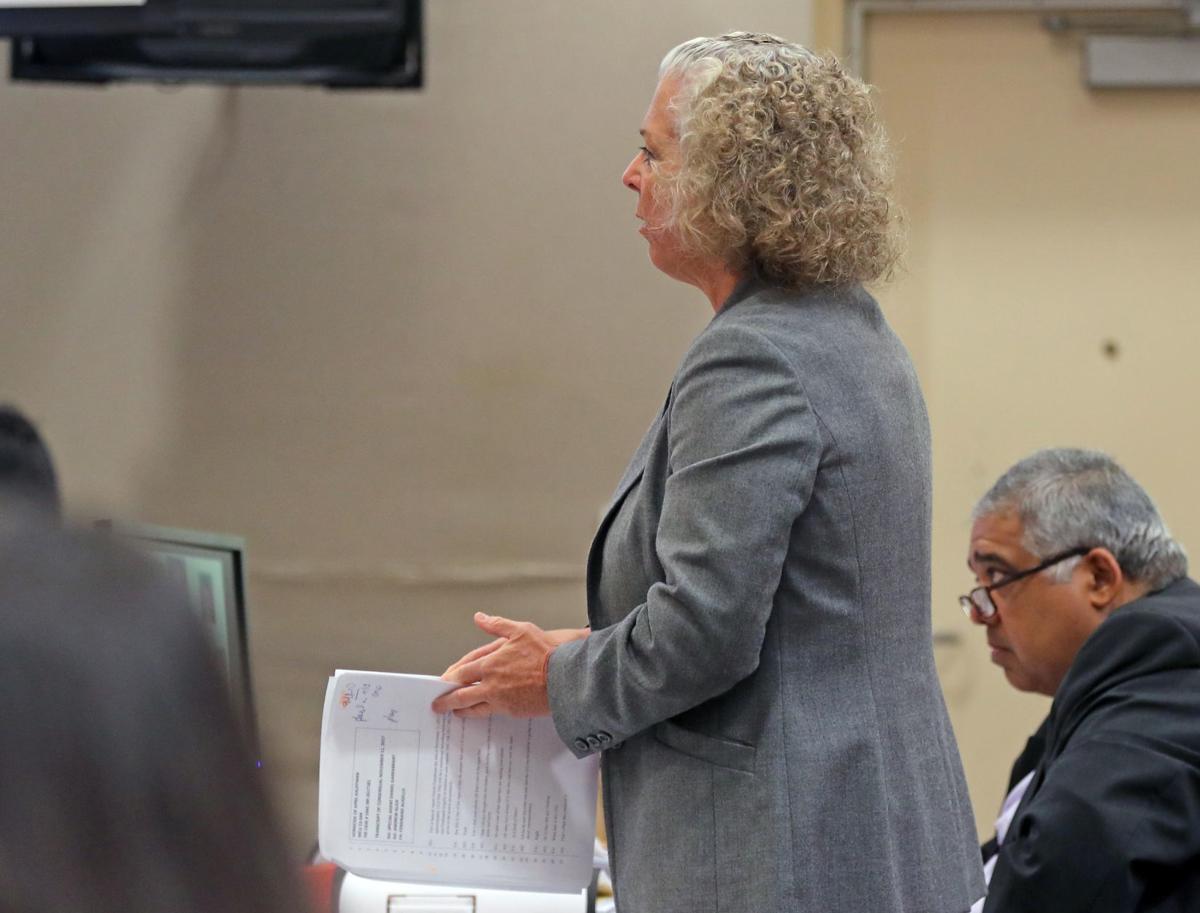 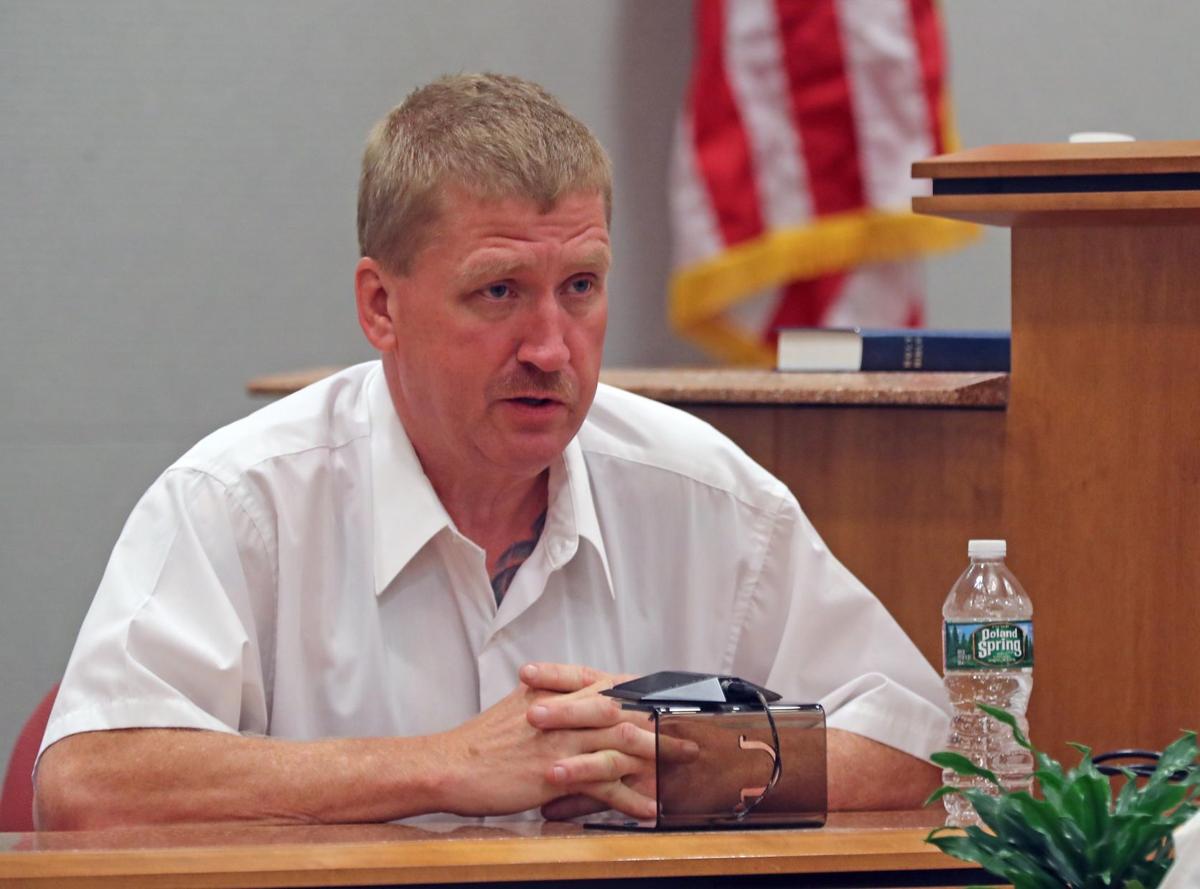 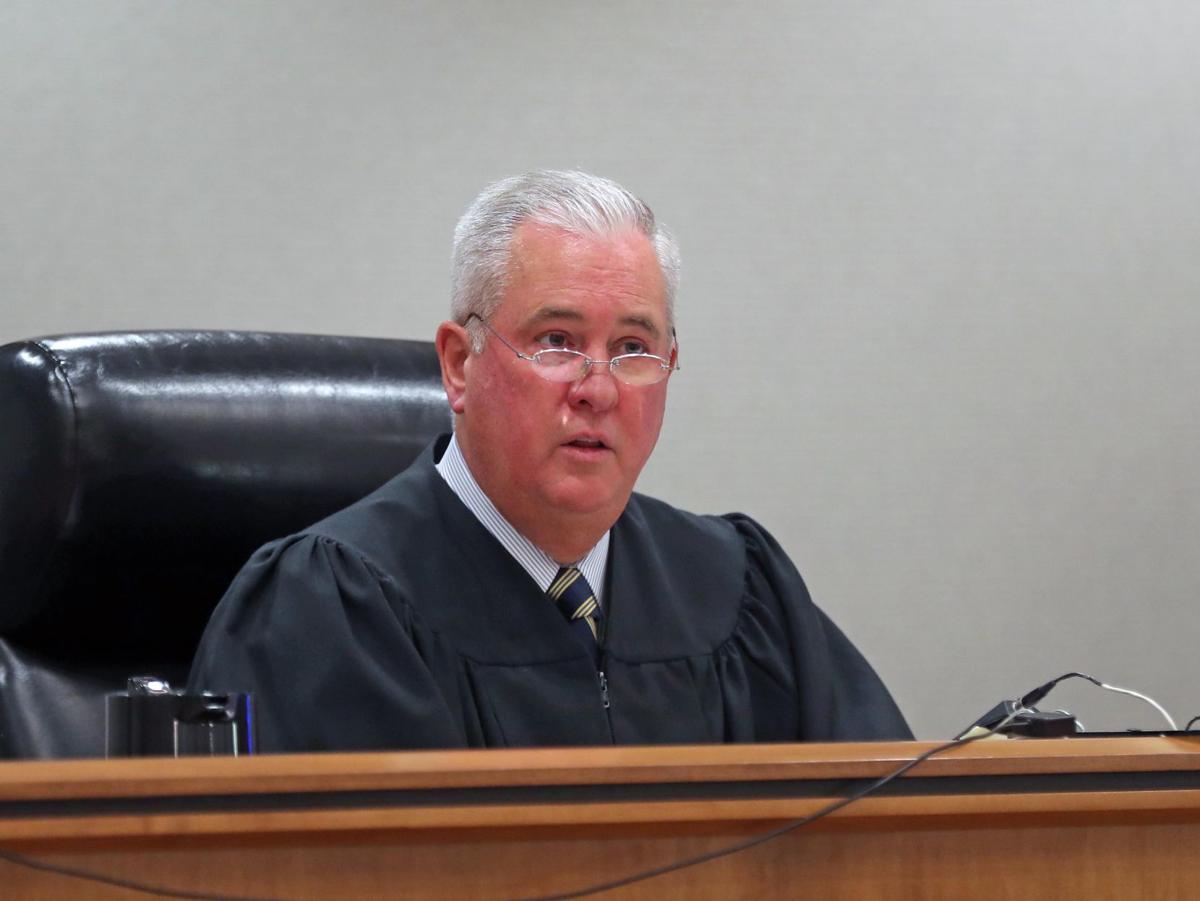 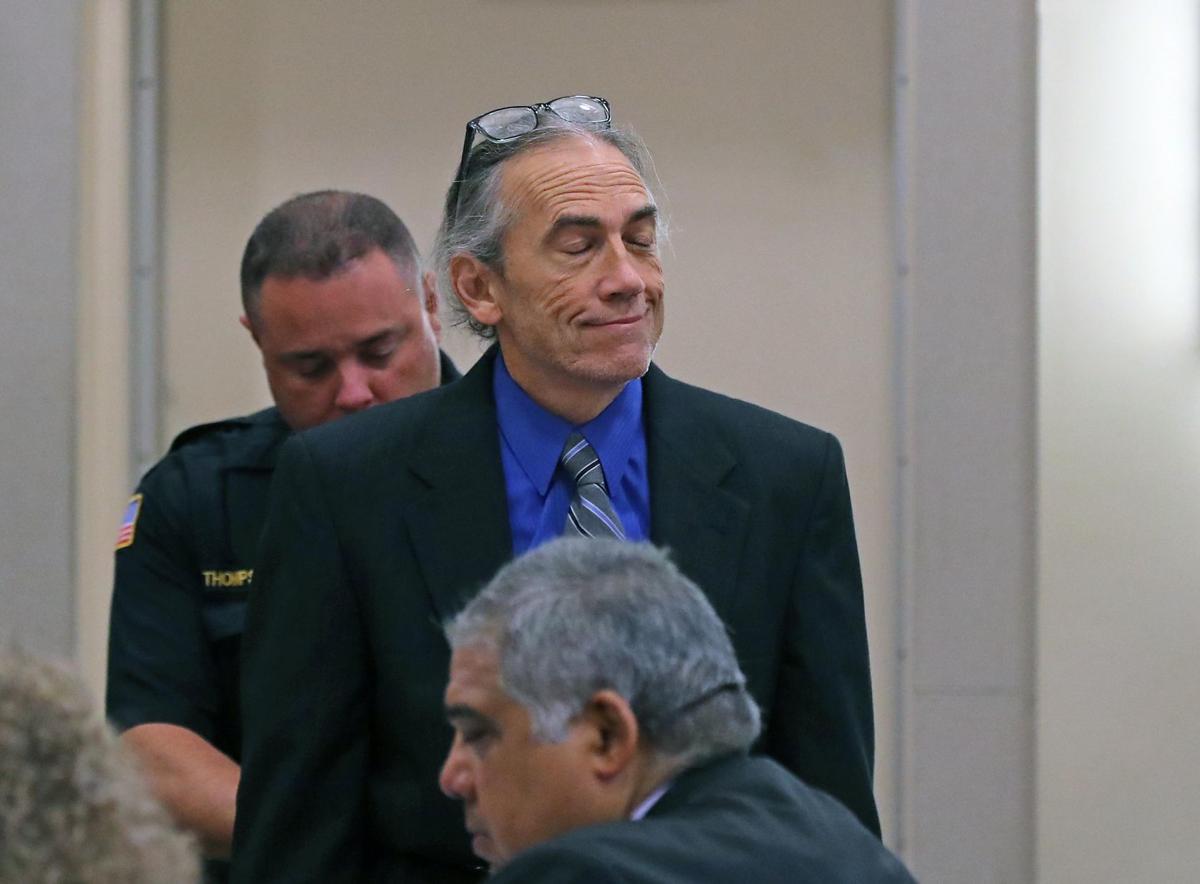 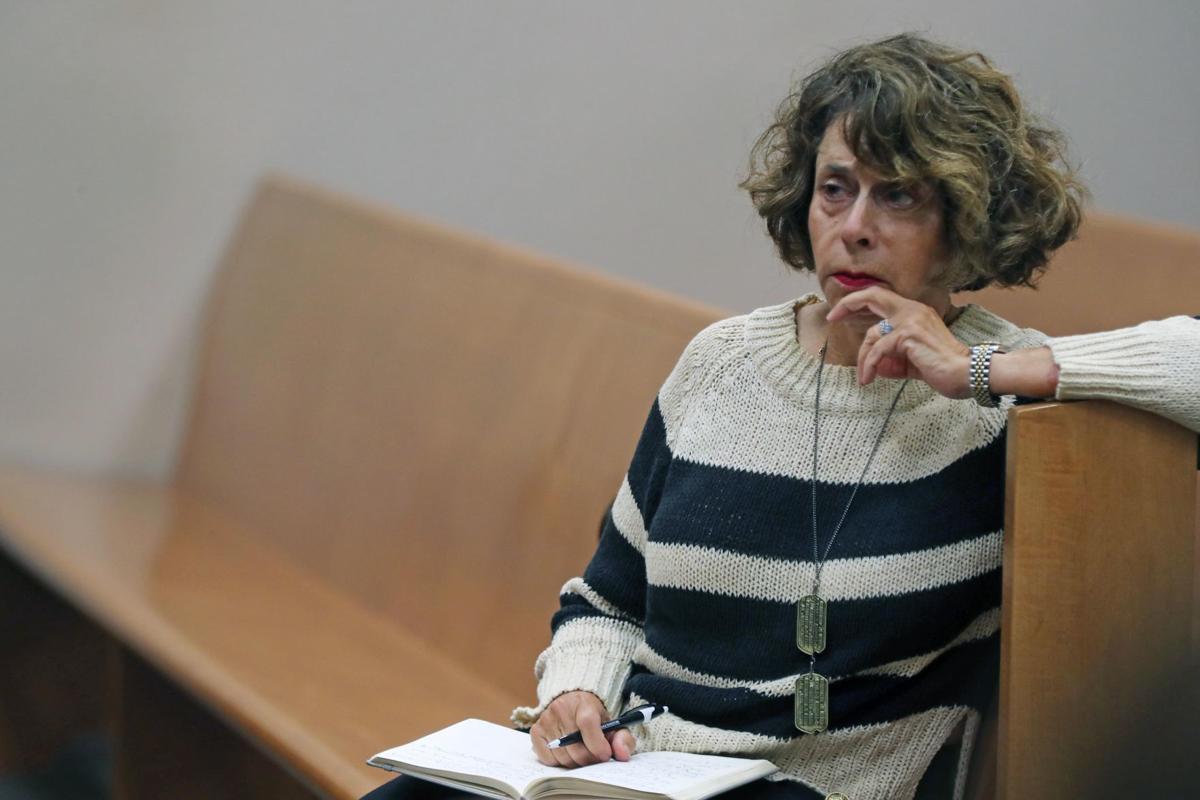 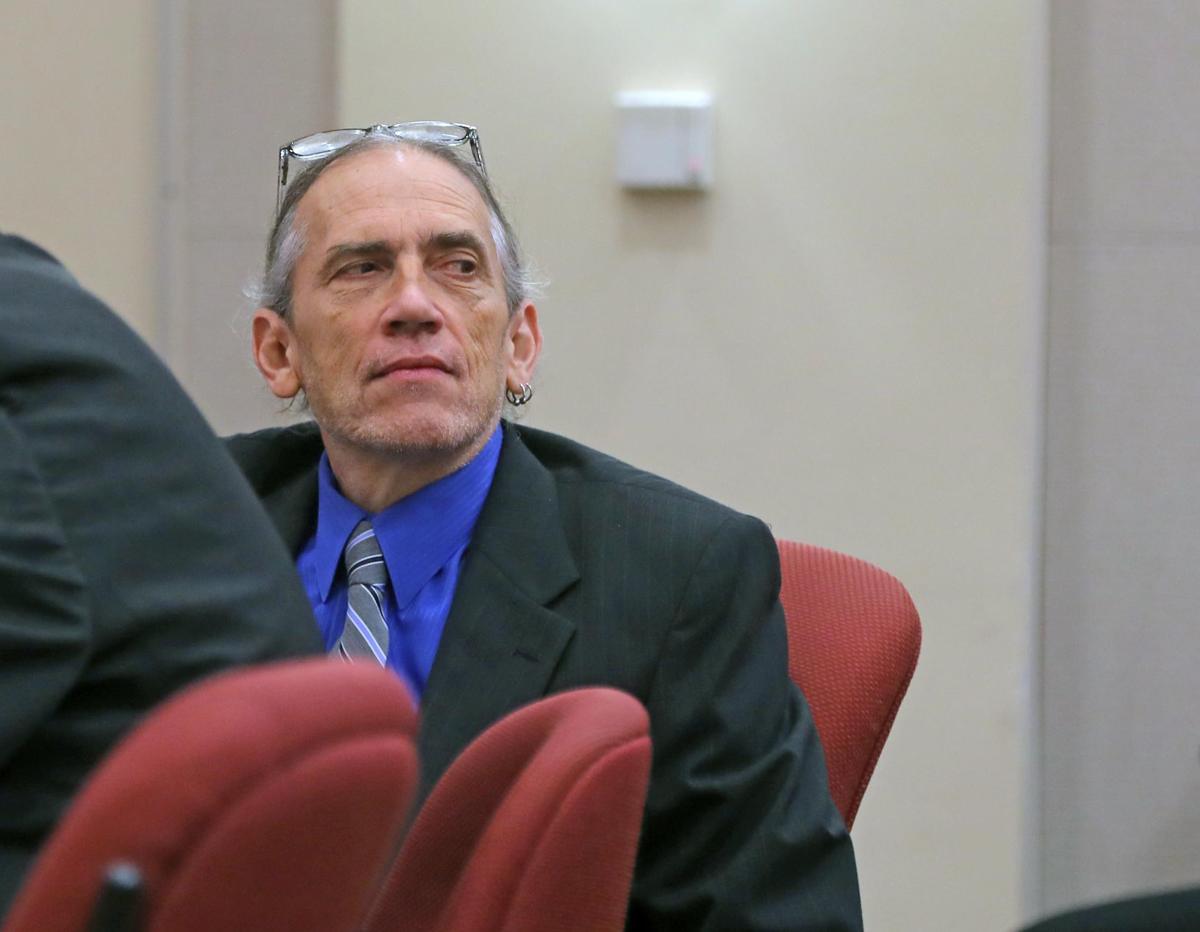 Defendant Ferdinand Augello during Tuesday’s testimony at his trial at the Atlantic County Justice Facility in Mays Landing. 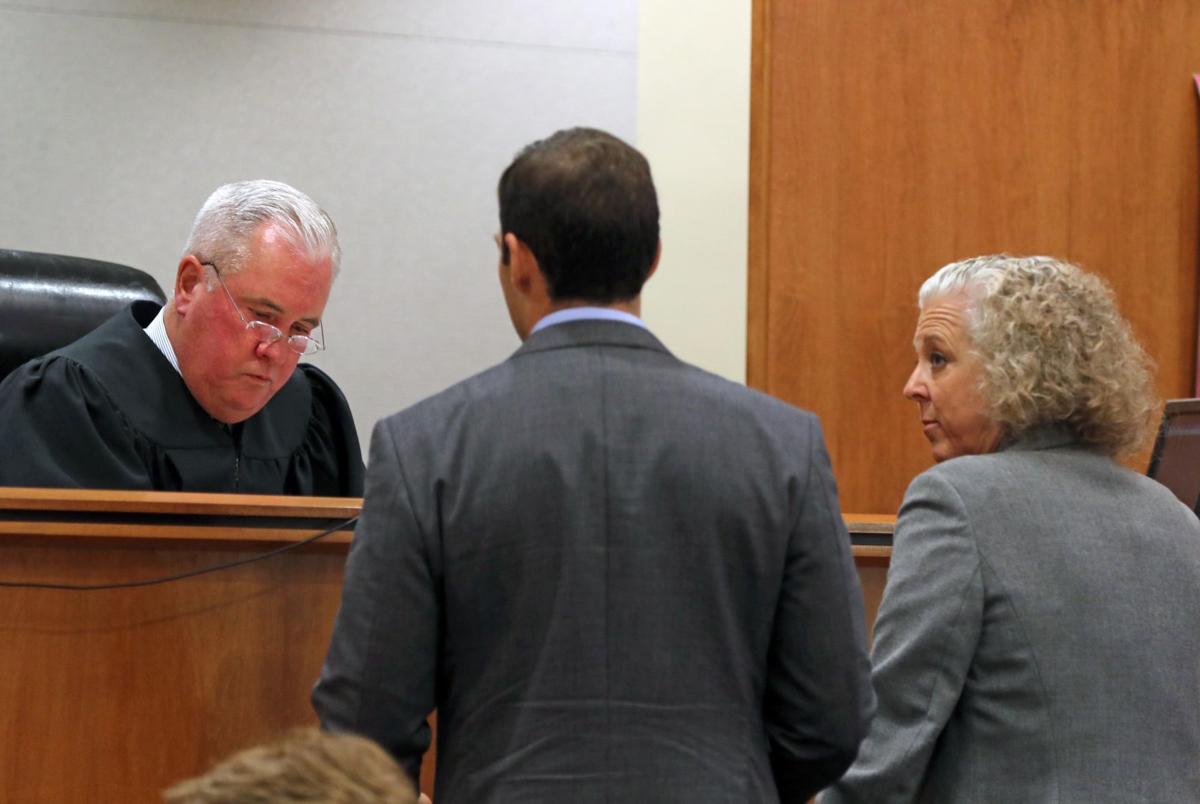 MAYS LANDING — Ferdinand “Freddy” Augello was shocked that his name was being brought up in the investigation into the 2012 murder of April Kauffman — or he pretended to be when he thought someone was listening.

For the second day, Andrew “Chef” Glick returned to the stand Tuesday in Augello’s trial.

As part of the testimony, Chief Assistant Prosecutor Seth Levy played an over hourlong recorded conversation between Augello and Glick, who served as a confidential informant for the state after he was arrested in November 2017. Glick was giving Augello a copy of the Jacobs Letter, a letter written by Dr. James Kauffman’s former attorney, Edwin Jacobs, that named Augello and Francis Mulholland as possible suspects in the murder.

“I didn’t murder this guy’s wife,” Augello said to Glick in the recording, arguing that for it to be a murder, they need a weapon or DNA on the body. “Where is the murderer? This is bizarre.”

But was it the talk of an innocent man defending himself to a friend, a brother in the same motorcycle club, or was Augello scrambling?

Several times throughout the recordings, Augello says he thinks there is a tap on his phone, and even though he’s denying his involvement out loud, he’s writing notes to Glick that name other people involved, including Mulholland, according to Glick’s testimony.

“I am totally convinced that every time I talk to you on the phone, they are listening,” he said to Glick in a recording.

Augello, 62, of Upper Township, is charged in the 2012 murder of April Kauffman, conspiracy to murder Dr. James Kauffman and racketeering in leading a drug ring out of the doctor’s Egg Harbor Township medical practice. Augello, a former sign maker and retired Pagans motorcycle club president, read the transcript closely as it played through the speakers in the courtroom, shaking his head and writing notes.

Glick testified that during the Nov. 11, 2017, meeting, he brought Augello a copy of the letter written to the Atlantic County Prosecutor’s Office. Glick claimed he received it from his lawyer, John Zarych.

Jacobs is listed on the prosecution’s witness list, and may be called to the stand to testify.

Glick testified that Augello was “dumbfounded, amazed, couldn’t believe” that he was mentioned in the Jacobs letter, but that while he was talking, he was writing notes to Glick that named people involved in the drug ring and others they were or weren’t worried about.

Mulholland, the hitman authorities believe fatally shot April Kauffman in her Linwood home, died in October 2013 from a drug overdose in his home in the Villas section of Lower Township.

In the recording, Glick tells Augello officials believe he hired someone to kill April because she didn’t pay him for $5,000 worth of sign work, and that they believe Kauffman was in on it, too.

“I think I made a sign in my 25 years, maybe once or maybe twice, for five grand,” Augello said in the recording. “This is absurd.”

Augello denied he knew Mulholland or the doctor in the recordings, but Glick testified that Augello previously admitted knowing them. Glick told Levy that Augello was denying the relationship “for his protection” in case Glick was recording.

Glick wore a white button-up shirt, his hands loosely held in front of him. He kept his head down as the recording played.

In the recording, the pair spoke about the investigation into the drug ring at Kauffman’s office, and Augello kept trying to argue that the prescriptions Kauffman wrote were legal, but maybe unethical. Glick disagreed.

“Let’s say all these people were getting drugs from this guy,” Augello said hypothetically in the recording. “What does this have to do with murder?”

What's next in the April Kauffman murder trial

MAYS LANDING — Six years after the murder of veterans advocate April Kauffman, the only pers…

Glick told Augello in the recording that the letter is circumstantial evidence, and it’s enough to indict.

“You can indict a ham sandwich,” Augello replied, reiterating he didn’t kill April.

The jurors kept their heads bent toward the inch-thick transcripts in their laps, several looking up from time to time to look at Glick or Augello.

After a short morning recess, Glick returned to the stand and Levy asked him about the letter mentioned in the recording, and Augello’s attorney, Mary Linehan, objected.

Pagans member 'Egyptian' to remain in jail on witness-tampering charges

The Jacobs Letter was first brought up at a pretrial conference in August, when the state asked Judge Bernard E. DeLury to add it into evidence. DeLury decided a redacted version would be admitted into evidence but only to show Augello’s motive, not proof of any crime. After Linehan’s objection, DeLury took a few moments to explain the difference to the jury. On Monday, Linehan asked that the judge consider moving the entire letter into evidence due to the recording being played by the prosecution.

During the afternoon, Levy played several other recordings of “meets” between Augello and Glick, in which the pair spoke about the case and jail conditions. In one recording, Augello told Glick he was “livid” that Jacobs would try to implicate him in the murder. Some portions of the conversation were hard to hear because the pair met in cars with the radio turned up, as Glick said Augello believed he was being recorded.

Levy also showed a video recording from a meeting in a restaurant, where Glick and Augello passed notes while talking. Glick said Augello wrote down Mulholland’s name to say he was dead, thereby admitting he knew him.

The trial continues at 9 a.m. Wednesday with more testimony from Glick.

For the third day Wednesday, Andrew “Chef” Glick returned to the stand in Ferdinand “Freddy” Augello's trial surrounding the 2012 murder of Ap…

MAYS LANDING — Facing a possible 40-year sentence on drug charges, Andrew “Chef” Glick made what he thought was the only decision he could — t…

MAYS LANDING — Former Pagan leader Andrew “Chef” Glick told a jury Friday he made up the plot to kill Dr. James Kauffman in jail as part of hi…

MAYS LANDING — During a fishing trip in the summer of 2012, Francis Mulholland pointed to a picture of April Kauffman and told his nephew that…

MAYS LANDING — The trial surrounding the 2012 killing of April Kauffman resumed Thursday with cross examination of an informant in the case.

Defendant Ferdinand Augello during Tuesday’s testimony at his trial at the Atlantic County Justice Facility in Mays Landing.