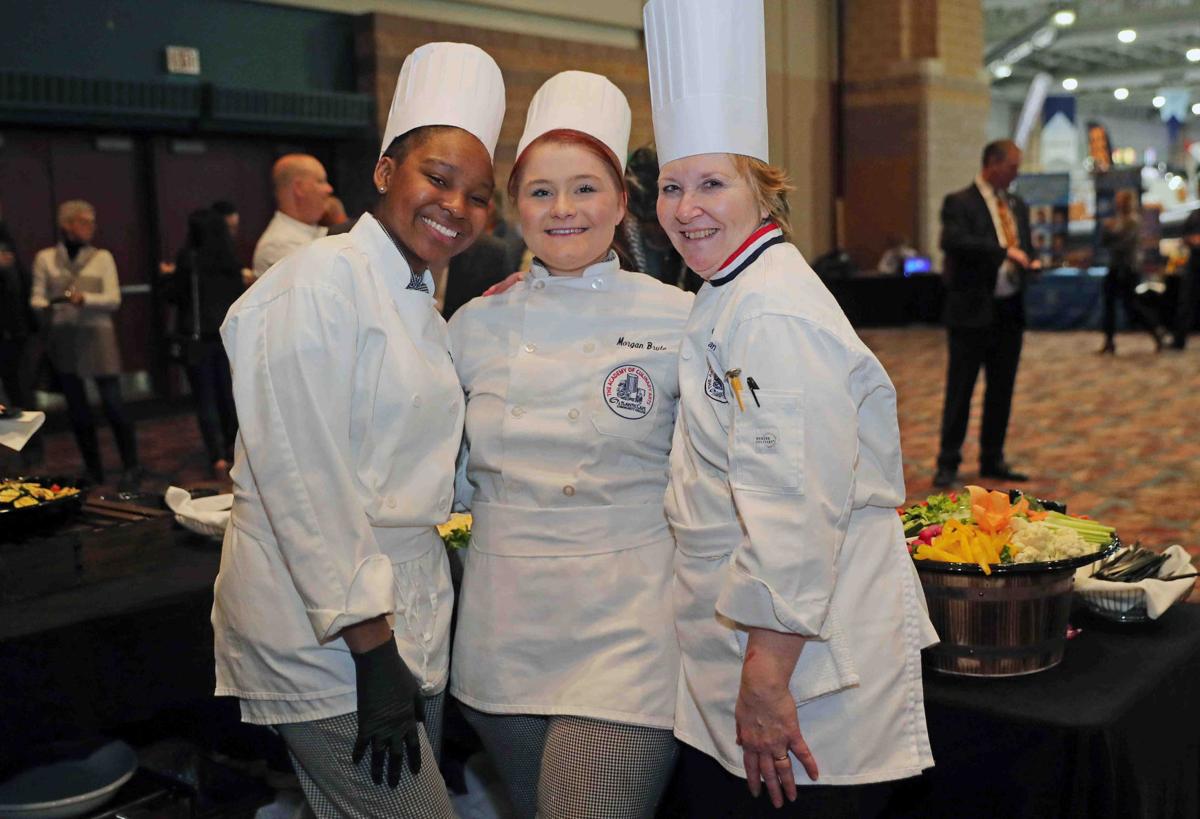 The Captain’s Table event raises money to feed underprivledged kids throughout the year. Guests will receive free admission to the Atlantic City Boat Show in addtion to a fabulous meal. 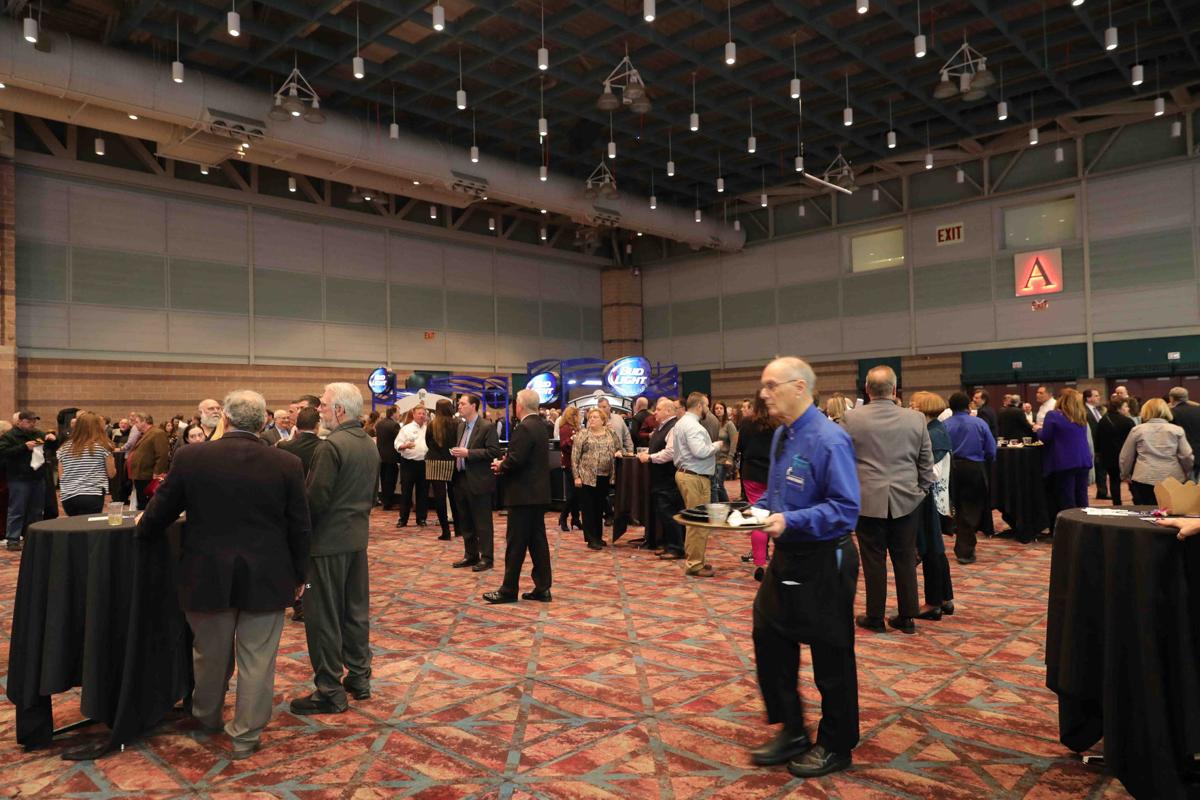 The Captain’s Table event and the art projects created by the students in Galloway and Egg Harbor City to be sold at the annual Atlantic City Boat Show event. The event benefits the Community Food Bank and the Let Us Eat summer feeding program. The schools both participate in the summer feeding program. Feb 28, 2019 (Craig Matthews / Staff Photographer)

The Atlantic City Boat Show is in town once again this week, setting up shop at the Atlantic City Convention Center and offering excitement in maritime form for boating enthusiasts from all over. Now in its 40th year, it’s a chance for folks to pop in and gaze dreamily at yachts and sailboats while imagining the adventures they might have should they actually bite the bullet and buy one. Of course it’s not all window shoppers. Many will simply be looking to add another ship to their fleet or maybe pick up a fun speed boat to zip around the bay on this summer.

And while the glamour of the boating experience takes center stage at the event, one of its most important aspects has nothing to do with boating — and everything to do with caring.

The annual Captain’s Table VIP reception dinner will take place from 6-9 p.m. Thursday, Feb. 27, and will serve as a fundraiser for Let Us Eat — Please Inc. and the Community FoodBank of New Jersey — Egg Harbor Township.

Let Us Eat – Please is a charity organization dedicated to keeping food on the plates all year long for students who receive free or reduced-price school lunches throughout the school year. The program was the brainchild of the late Jim Cooper of the law firm Cooper Levinson, who decided to launch the charity after a discussion with his daughter Cynthia, a school teacher who had become aware of the problem of “summer hunger” among underprivileged students.

“The two of them just came up with the simple idea — ‘we’ve got to feed kids during the summer’” says Ken Calemmo of Cooper Levinson Attorneys at law.

“Jim Cooper funded Let Us Eat with a lot of his own money and with friends of his contributing significantly. And eventually when I took it over, I started thinking that we had to come up with some type of event to supplement the generosity of those folks,” he says.

That is where the idea for the Captain’s Table was born.

“I’ve always wanted to do something that would capitalize on these great conventions that we have here in Atlantic City and the Boat Show just appealed to me. And when I approached the operators of the show, they couldn’t have welcomed me with a warmer reception. The first year it was a much smaller event and it gets bigger and better every year.”

Attendees will have the chance to sample some incredibly tasty menu items from some of the area’s top restaurants, including Steve & Cookie’s By the Bay, Angelo’s Fairmount Tavern, Kelsey’s Restaurant, Romanelli’s and the Professional Chef’s Association of South Jersey, among many others. Guests can also sip on tastings from distilleries, wineries and breweries from within our area.

But the food and drinks are only a part of the event. A magic show will be performed by Magician Chad Judos and there will be an auction and live entertainment from the Egg Harbor Township High School Jazz Band.Tickets to the Captain’s Table also include entry to the Boat Show itself as well as some unique purchasing opportunities exclusive to attendees.

“What is really unique to the event is that some of the schools that we serve as part of the Let Us Eat Please program, such as Galloway and Egg Harbor City, have the kids make creations – cups, bowls, candy dishes and other ceramics that they hand paint, which we then sell at this event. And that money gets turned right over to the program,” Calemmo notes.

And though the event is called the Captain’s Table, it’s not actually a seated dinner. Guests are encouraged to journey from station to station, sampling all the offerings in a relaxed setting. Stuffiness is one thing that is definitely NOT on the menu.

“We encourage people to come casual,” Calemmo says. “And dress like you would if you were on a boat!”

The Captain’s Table event raises money to feed underprivledged kids throughout the year. Guests will receive free admission to the Atlantic City Boat Show in addtion to a fabulous meal.

The Captain’s Table event and the art projects created by the students in Galloway and Egg Harbor City to be sold at the annual Atlantic City Boat Show event. The event benefits the Community Food Bank and the Let Us Eat summer feeding program. The schools both participate in the summer feeding program. Feb 28, 2019 (Craig Matthews / Staff Photographer)