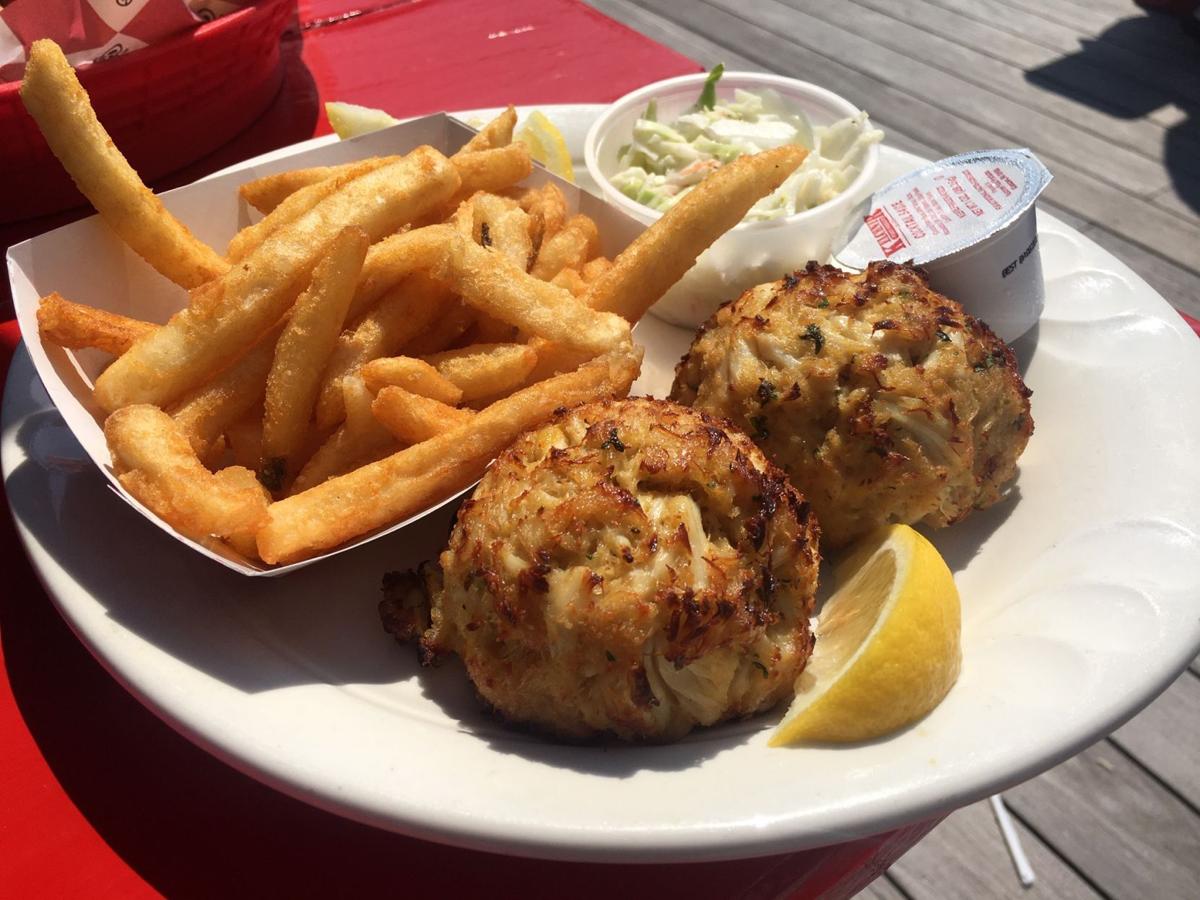 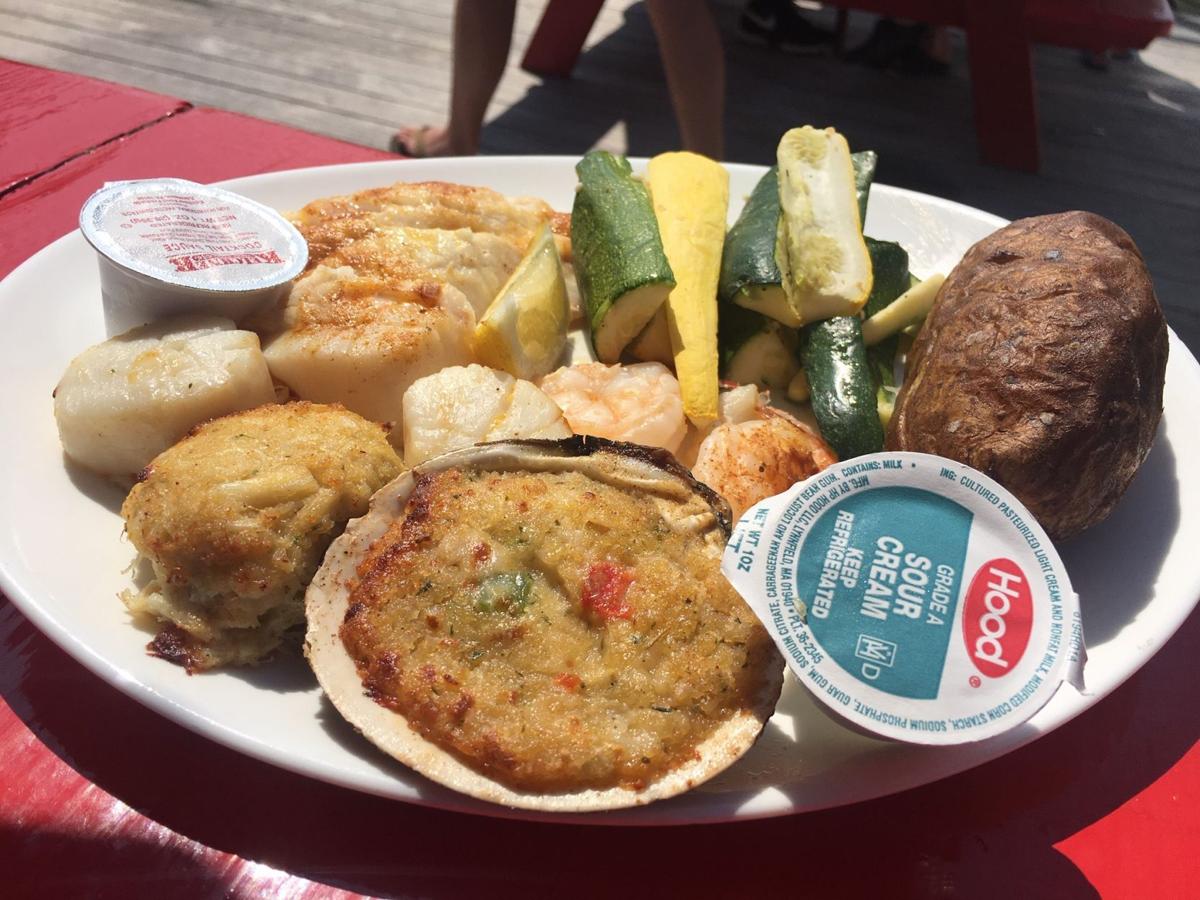 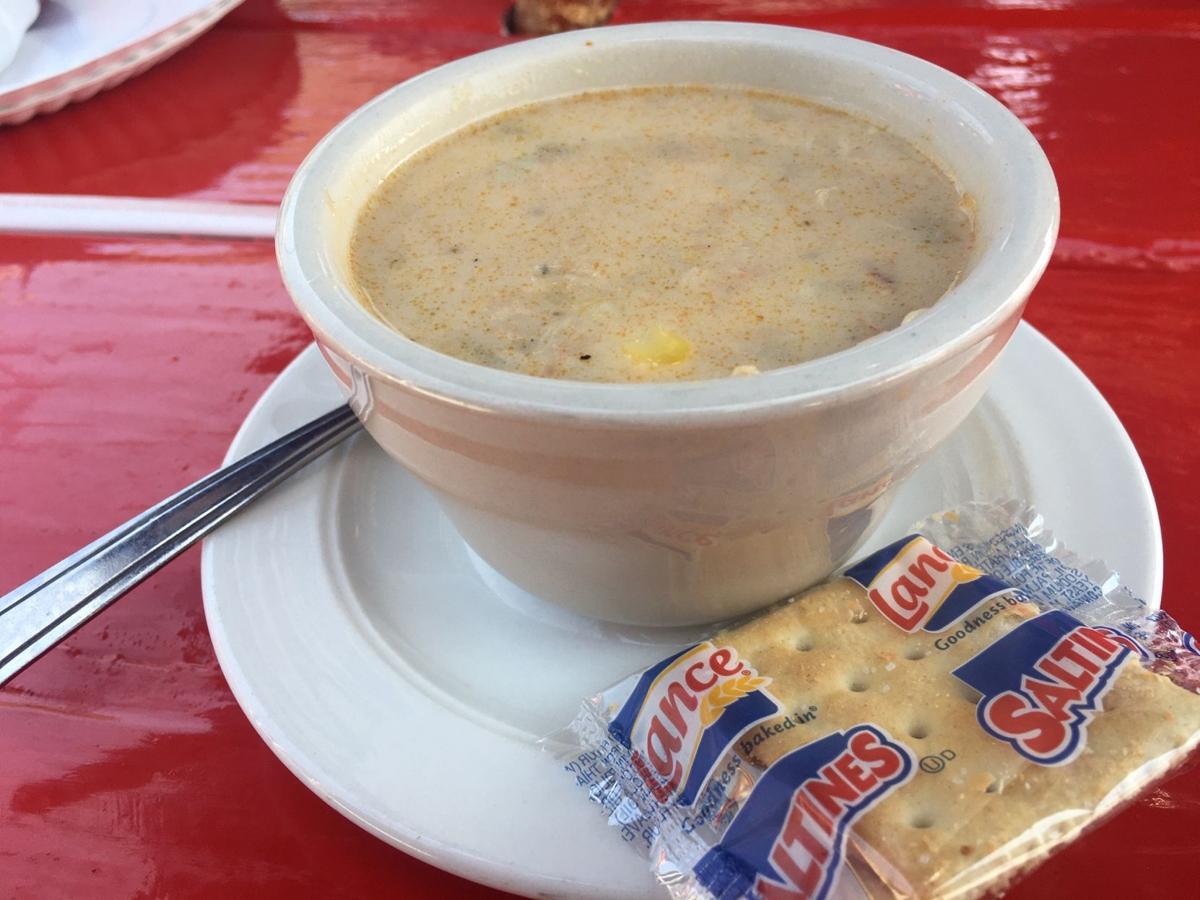 While its large footprint may seem a bit less folksy than a normal Shackin’ Up spot, The Crab House in Wildwood Crest uses its size to its advantage in COVID times, as its massive outdoor dining space means that its army of cherry-red picnic tables can easily be spaced far enough apart to make social distancing a breeze.

Located on Fish Dock Road — has there ever been a more appropriately named road for a seafood shack to be on?) — this marshy, waterfront spot is part of Two Mile Landing, a cluster of restaurants and a marina that have carved out a rather pleasant, rustic space for themselves off the beaten path between the frantic hubbub of Wildwood’s Boardwalk and the quaint seaside splendor of Cape May’s Victorian mansions. The menu is giant and features just about every seafood dish imaginable, along with a fantastic list of tasty summer drinks. I had a pair of dining companions with me on this outing and choosing what to order may have been the hardest part for all three of us. In the end we figured it out though and managed to enjoy a deliciously laid-back seafood lunch.

Orange Crush: The sign on the way in boasts about the quality of this particular drink, so we had to give it a try. I’ve tried many versions of this cocktail in my day, including at the place that invented it, the Harborside Bar & Grill in Ocean City, Md. The Crab House’s take on it lives up to the hype, with an expert blend of orange vodka, triple sec and fresh-squeezed orange juice topped with a splash of Sprite. Not into orange? They have an entire subsection of the menu loaded with different variations on the “crush,” including grapefruit, watermelon and strawberry, just to name a few.

Creamy crab and corn chowder: This soup did a wonderful job of filling just about every expectation I had. It was creamy, loaded with crab and corn and made for a nice change of pace from the usual clam chowders you see on every seafood menu.

Crab House crab cakes: The menu gives you the option of having your crab cakes broiled or fried. We opted for the broiled version, which I believe was the right choice, as full breading on a crab cake can often make the dish a bit too heavy. These were all but perfect — two baseball-sized cakes loaded with big, unbroken pieces of lump crabmeat and broiled just enough to form a nice crust around the edges. A bit of tartar sauce for dipping, and we were all set.

Broiled seafood combo: We happily continued the broiled trend with this awesome platter which featured shrimp, scallops, fish (they didn’t specify, but we suspect it was flounder), a mini crab cake and a stuffed clam. All were delicious, but the stuffed clam was the standout of the bunch. Perfectly seasoned and loaded with flavor, I wished I had a whole plate of these.

French fries: Not that they were terrible or anything, but it is my belief that seafood should always be served with a hearty steak fry. They are the fry of choice for any order of fish and chips, and they pair just as well with all types of seafood. The version at the Crab House was thinner than a steak fry and appeared to have some kind of batter on the outside. Not a fan.

Condiments: Another spot losing big points for using pre-packaged tartar and cocktail sauce. It’s a lazy move, and when you consider how easy some of these sauces are to make, it really doesn’t make any sense. And getting the waitress to bring us more was like pulling teeth. Go homemade or go home.

The Crab House is located at 1 Fish Dock Road in Wildwood Crest. Go to TwoMileLanding.com.