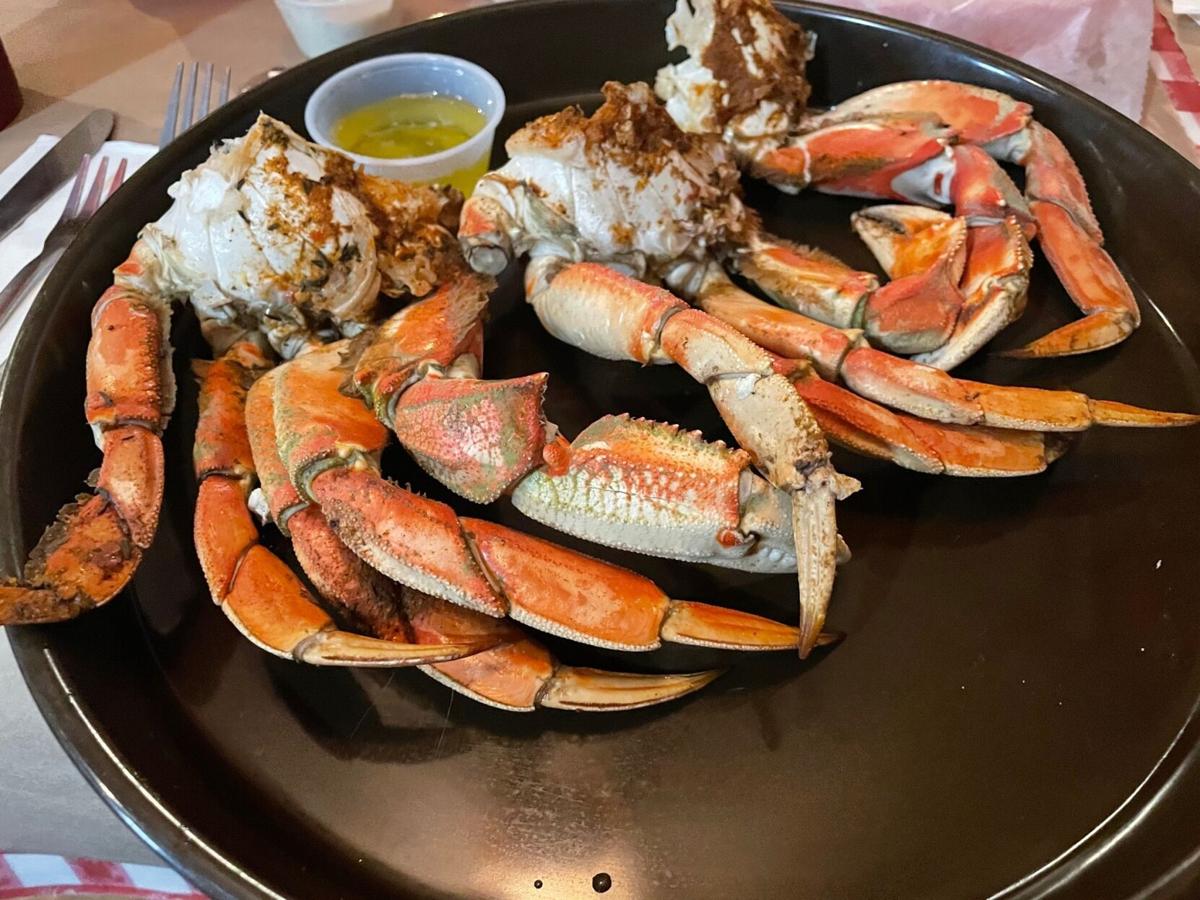 The Dungeness Crab Clusters at Crabby’s were steamed perfection — with a side of drawn butter. 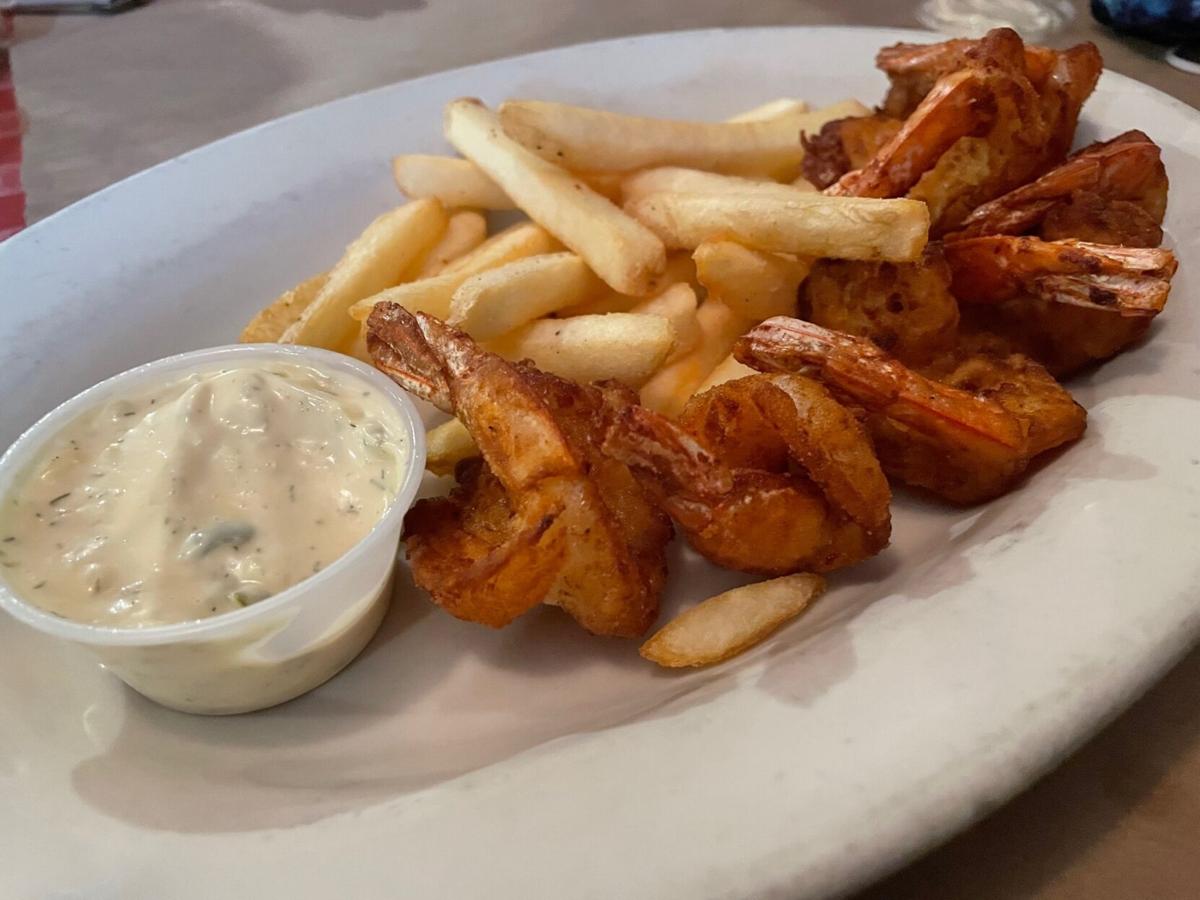 Fried shrimp may not be the most unique dish on the menu but no matter — Crabby’s knocks it out of the park with this seafood classic, which gets a nice assist from one of the best tartar sauces you will find anywhere.

Welcome to the fourth season of Shackin’ Up for the Summer. This year I’m switching things up just a bit. I’ll still track down and review a new batch of the best seafood shacks in South Jersey, but I’ll also revisit some of my favorite spots from years past – the “All-Stars” of Shackin’ Up – to check up on them, try some different items that I might have missed last time and make sure the experiences are still as good as I remember.

This week we are kicking things off with a Shackin’ Up All-Star that I haven’t been back to since 2018: Crabby’s Suds & Seafood in Mays Landing.

Crabby’s is exactly the type of place we have all been missing since the pandemic began. Outdoor dining has its time and place, but I don’t care how lovely the view is, mother nature simply can’t replicate the feel of a small, rough-around-the-edges bar packed with mallet-wielding locals enthusiastically pounding the crap out of piles of freshly steamed crabs for hours at a time. It’s fabulous, and it’s back, and I for one am pretty happy about it.

Keep it:He-Crab Soup ($7.99): I loved it last time, and I loved it again this time. A creamy, yet not overly thick soup loaded with crab and a killer blend of spices, the He-Crab Soup is one of the signature menu items at Crabby’s and one spoonful is enough to understand why.

Seafood Gumbo ($7.99): If you aren’t big on cream soups, the seafood gumbo is a great alternative. Packed with big chunks of crab and with a nice kick to it, I thoroughly enjoyed my cup of gumbo. Is it the most authentic version of Louisiana gumbo I have ever tasted? No. But that’s OK.

Lobsta Roll ($18.99): Piled into a fantastic split-top brioche bun, the Lobsta Roll was served hot and loaded with butter, which I prefer to the cold style, which is really more of a lobster salad than anything. The meat itself was a bit more shredded than I normally enjoy, but the flavor overall was top notch, so I was able to look past that.

Steamed Dungeness Crab Clusters (Market Price): Crabs don’t come cheap anywhere, but Dungeness are often the best deal on a menu as they are incredibly sweet and flavorful and often a bit less pricy than some of their crab cousins like snow or king. A pound-and-a-half ran me $38.99 at Crabby’s, and they were worth every penny.

Golden Fried Shrimp ($20.99) Fried shrimp may be a no-frills item, but when done right they are still one of the greatest seafood dishes one can order. These easily fell into that category. And the light-as-air breading and superb homemade tartar sauce helped put these butterflied beauties over the top. A side of fries came with them, which also dunked well in the tartar sauce. An all-around home run.

Throw it back:Shrimp Jammers ($12.99): Fried shrimp breaded and stuffed with jalapeno cheese and served with a horseradish cream sauce for dipping. On paper this sounds awesome, but they were ultimately underwhelming. The shrimp were on the small size, the breading was too thick — and completely different from the one used on the far superior fried shrimp entrée — and overall the flavors were just not enough to wow me. Not dreadful or anything, but I wouldn’t order these again.

Associate Editor, At The Shore/ACWeekly

The Dungeness Crab Clusters at Crabby’s were steamed perfection — with a side of drawn butter.

Fried shrimp may not be the most unique dish on the menu but no matter — Crabby’s knocks it out of the park with this seafood classic, which gets a nice assist from one of the best tartar sauces you will find anywhere.