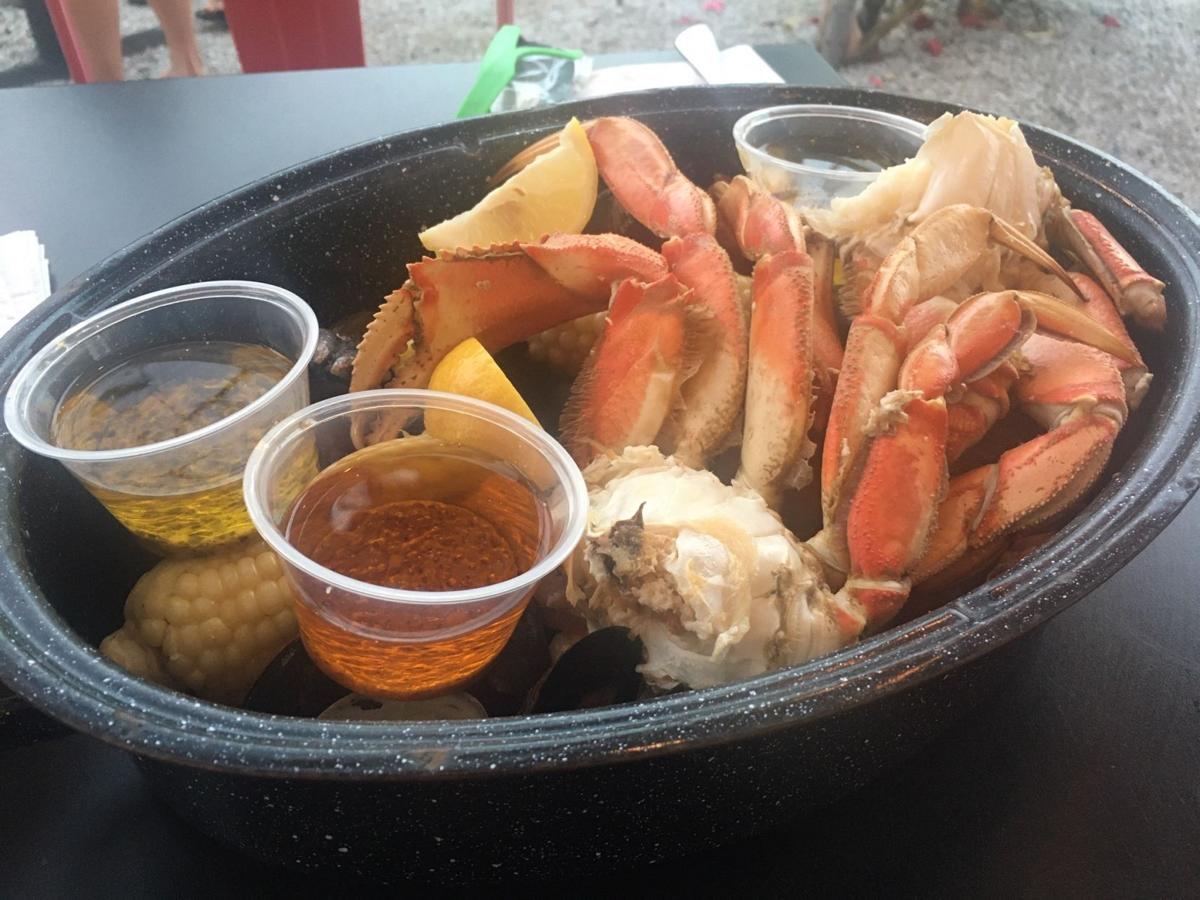 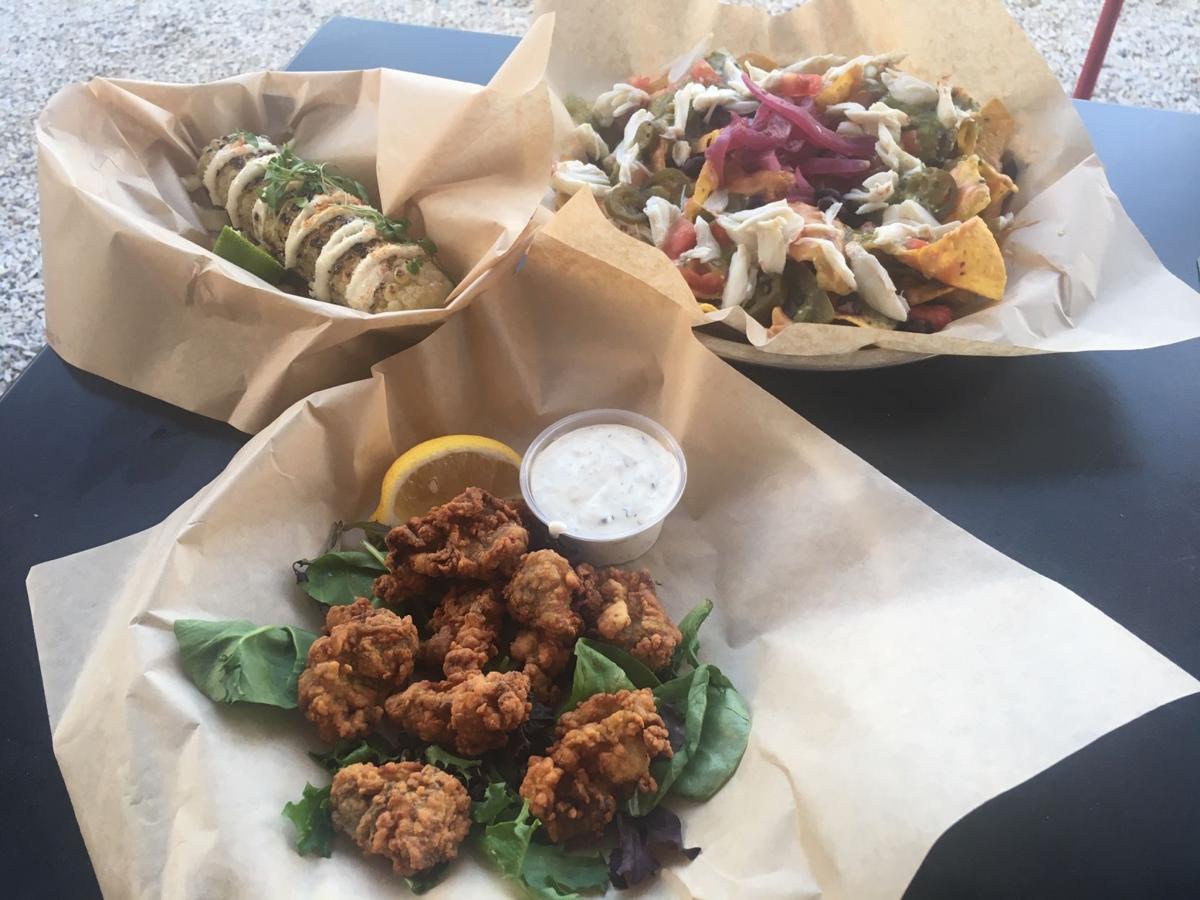 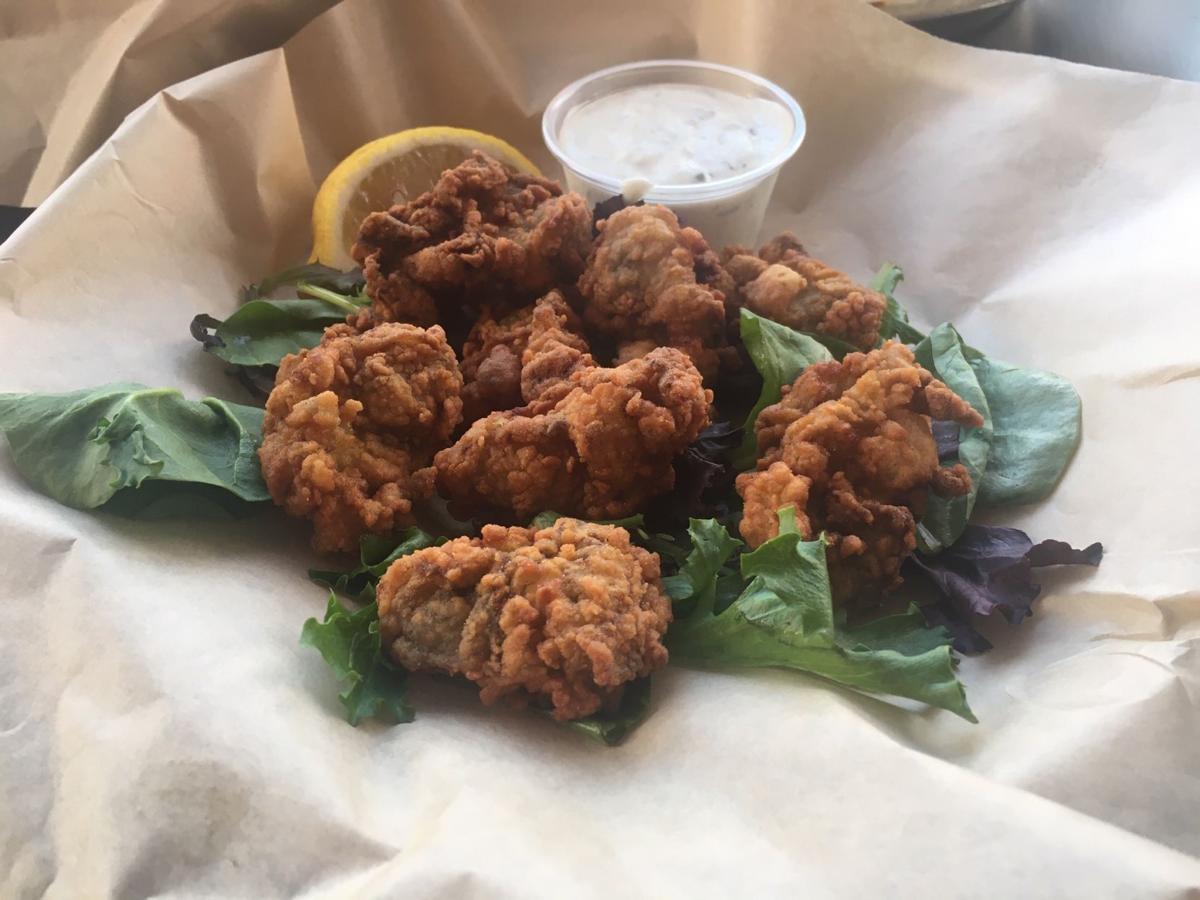 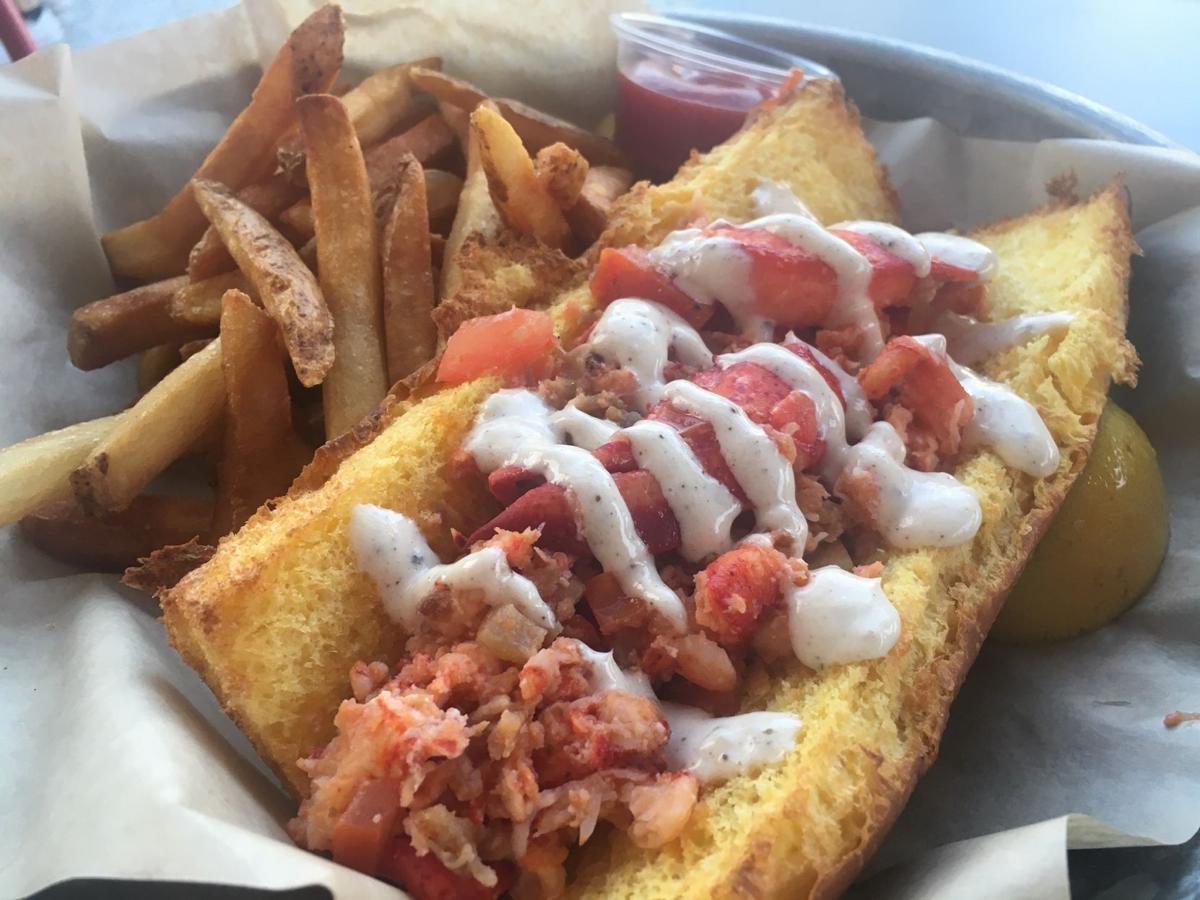 It’s tough to miss Terrace Tavern when driving down Long Beach Boulevard, the main north/south drag that skewers LBI, as the fire engine red building with giant white lettering — complete with several monster size crabs — does a brilliant job alerting the masses that this is indeed a seafood shack.

Of course, this year much of the shack has been moved out back, as the main seating area for the restaurant has been replaced for the time being with a massive outdoor tent, thanks to COVID-19. Though restrictions on indoor dining have been eased, the tent offers guests an open-air option, and the space is pleasantly accented with branches, small stones underfoot and a twinkling zig-zag of string lights, creating an elegant space to enjoy a summer seafood feast. OK fine, there is a rather large Wawa directly across the street that breaks up some of the enchanting vibe, but try to ignore that. They are working with the hand they were dealt. 2020 is nobody’s friend.

Last Tuesday my old friend Dave and I headed to Terrace Tavern, scored ourselves a Wawa-front table and went down the menu hitting highlight after highlight. From crab nachos and Mexican street corn to fried oysters, steamer pots and beyond, it was one home run after the next.

Usually in my Shackin’ Up pieces I include a “throw it back” section for items that were less than inspiring, or things we simply didn’t enjoy about the experience. This is a rarity, but Terrace Tavern was so on top of their game that night, we couldn’t find a single thing we didn’t like. Word on the street is that the restaurant will be open year round, and I couldn’t be happier to hear it. In the immortal words of the Terminator himself, “I’ll be back.”

Dungeness crab steam pot: A show-stopping presentation for sure, the steam pots at Terrace Tavern have just about everything you could possibly want in a seafood dinner. We opted for the Dungeness crab variety, but you can also choose king crab or lobster versions. It comes served in a literal pot, filled with a dozen shrimp, a half dozen Barnegat bay clams, a half-pound of mussels, plus andouille sausage, red bliss potatoes and corn on the cob. You get to choose between drawn butter, Old Bay butter or garlic basil butter. We opted for all three and enjoyed varying up the flavors depending on which we dunked in.

The Dungeness crab was the sweetest I have tasted in some time and was remarkably easy to remove from the shell. Ordering a crab dish is always a bit of a gamble, because there are times when all you get is a bunch of stringy scraps, but that was not an issue here. Big chunks of meat were quickly removed and even more quickly devoured. The other shellfish were all perfectly cooked, as well, nothing tough or rubbery, and each paired well with the various butters. The andouille sausage was better than it needed to be, considering it’s generally something of an afterthought in these types of big pots, but it had a nice bite to it without being overly spicy.

Fresh fried oysters: Terrace Tavern and its sister restaurant next door, Delaware Avenue Oyster House, have always prided themselves on serving the freshest and most flavorful oysters money can buy. These were utter perfection, with a hearty golden breading that was crunchy and up front but not overbearing. Also bonus points to them for serving it with homemade tartar sauce that was brilliantly accented with a bit of dill. For some reason, a lot of seafood shacks think they can hand out a few packets of sub-par, store-bought cocktail and tartar sauces and no one will notice. Bad move. We notice. And we also notice when a place gets it right.

Street corn: The only non-seafood item of the meal, we started things off with this Mexican-themed app. Charred and slathered in a tangy citrus aioli and topped with parmesan and cilantro, this managed to be light yet indulgent, with the sweet flavor of the corn still managing to take center stage.

Crab nachos: Crisp tortilla chips crowned with lump crabmeat, pickled red onion and jalapeno and a creamy béchamel, this app served as the bridge between the Mexican street corn and the more traditional seafood dishes that were to come. Perfectly spiced, our only regret was that we found out later that steak could be added to it to create surf and turf nachos – something we will definitely be ordering next time.

Jersey clam chowder: Expertly skating the line between a creamy New England-style chowder and its more watery cousin from Manhattan, this soup was hearty but not heavy and bursting with local flavors. Think Jersey corn and tomato, plus clams, long hots and, perhaps the most Jersey ingredient of them all, Taylor Ham.

Lobster BLT: This sandwich featured chunks of fresh lobster on a toasted long roll topped with crispy bacon, tomato and a brown butter tarragon aioli that was worth the price of admission itself. Served warm and falling somewhere between the hot buttery Connecticut-style and mayo-based Maine-style lobster rolls, it somehow seemed to have an almost grilled cheese-like richness, despite containing no cheese whatsoever. The lobster meat, which we could have used a bit more of if we are being totally honest, was sweet and held its own among the cacophony of flavors. And let’s be serious, swapping out the lettuce for lobster in a BLT is like having Michael Jordan sub in for your random fat friend in a junior high school game of 3-on-3. With this new addition, you simply CAN’T lose.

What makes a wine suitable for fall?

Greetings and welcome to the fall season — well, almost. I hope you’re finding some time to enjoy some wine. For those of you just tuning in, …