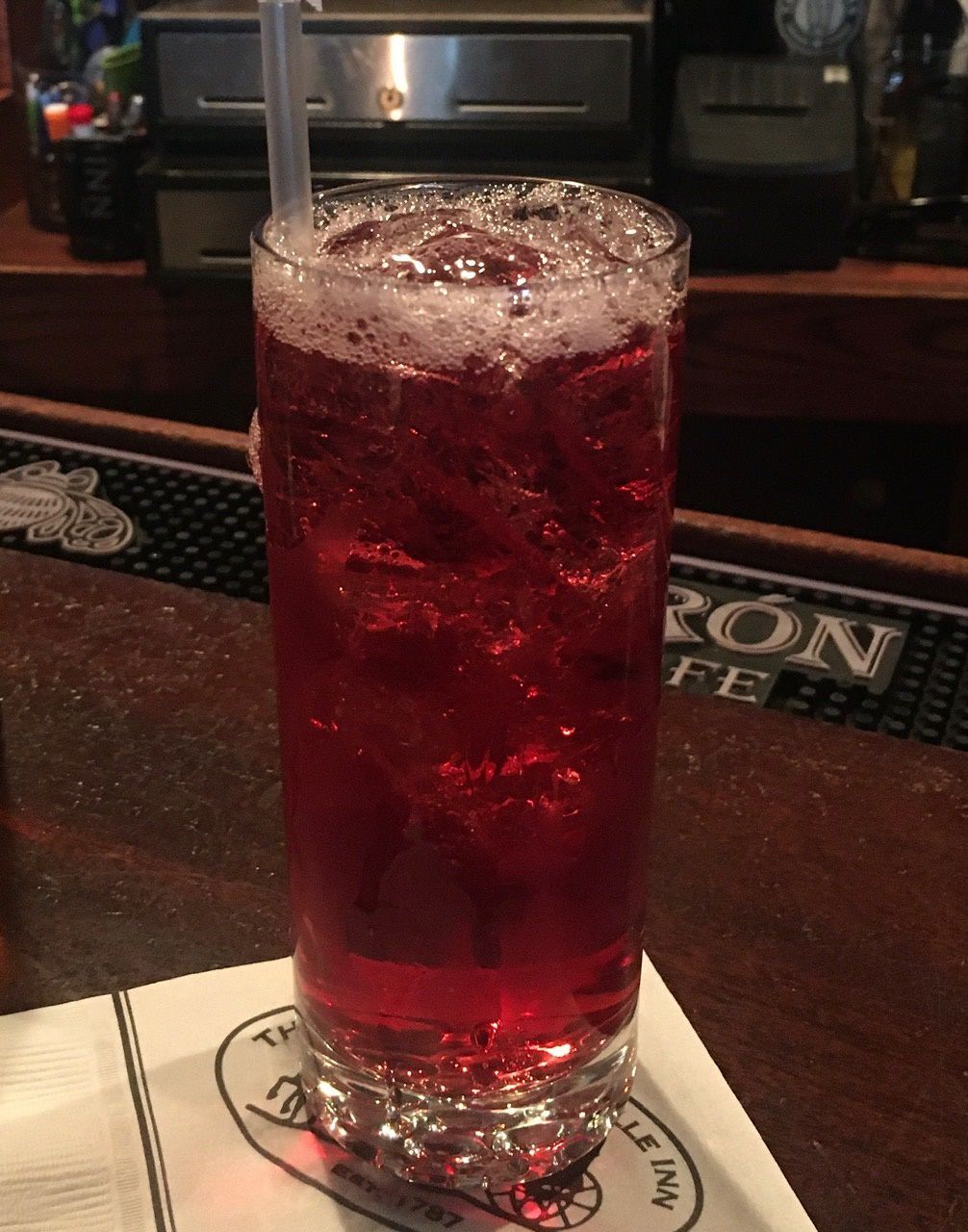 The Jersey Devil cocktail is a tasty nod to a terrifying local resident. 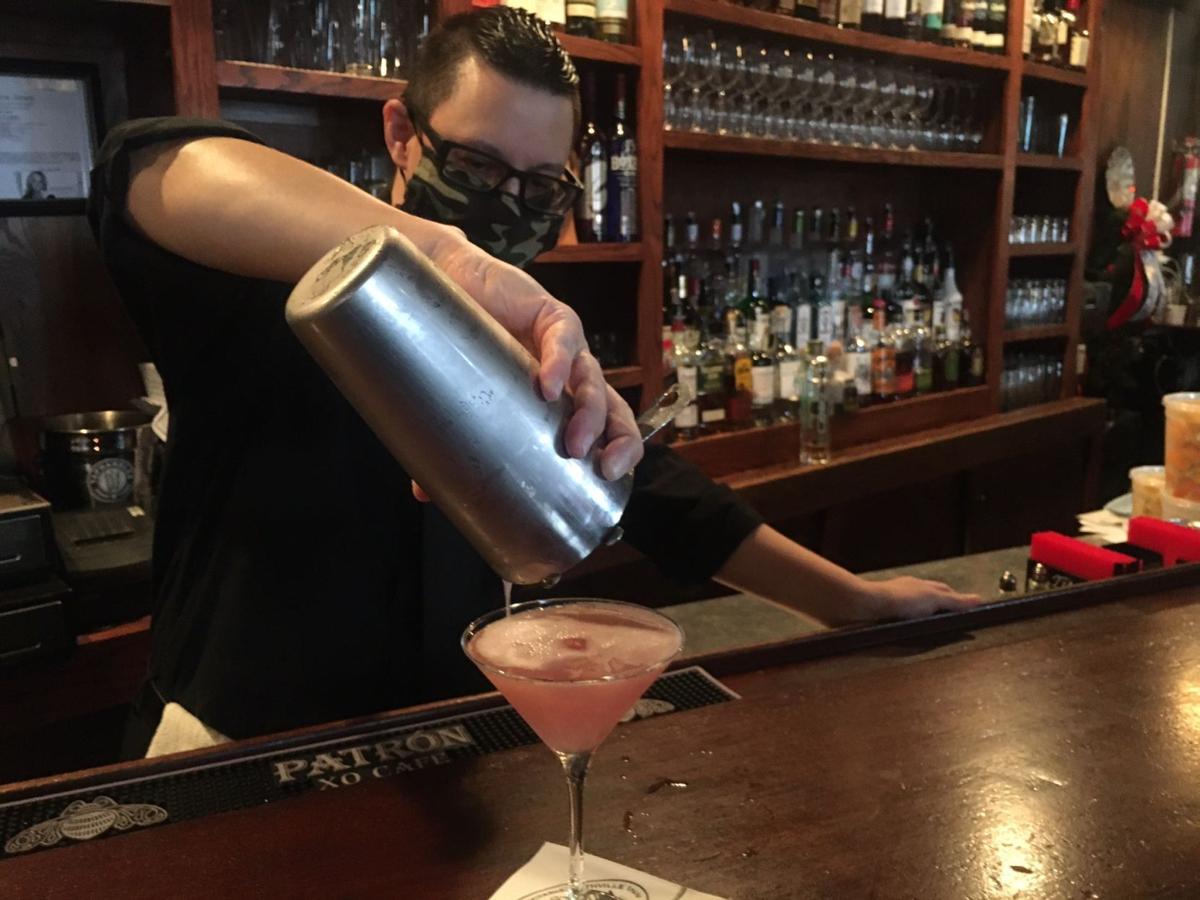 The French Pear makes for a tart and fruity twist on a martini.

There aren’t may bars or restaurants more famous in South Jersey than The Historic Smithville Inn in Smithville. Originally opened as a single room stagecoach stop in 1787 by James Baremore, the property has expanded greatly over the years, and in the 1950s, a bar known as the Baremore Tavern was added. And that’s where I headed recently to sample two of their classic cocktails.

Like the rest of the Inn, the Baremore Tavern is ripe with cozy rustic charm, thanks to beautifully aged dark woods and stone which give off a classic colonial vibe. It’s the kind of place you would expect to find our nations forefathers enjoying a few rounds, should you be able to hop in a time machine. It’s classy, but comfortable, without being stuffy or overly buttoned up. And it’s about as far away from a wild party scene as you can get.

“It’s different here, because you have a lot of people that still want to go out for a cocktail, but they don’t want a loud crazy bar with a brawl breaking out – they’re looking for a more sophisticated environment, and we provide that,” says Tony Coppola, General Manager of The Smithville Inn.

Their cocktail menu runs the gamut, with everything from barrel-aged Manhattans to a list of $7 happy hour martinis; but on my trip I decided to sample two of the drinks that have been on the menu the longest – The Jersey Devil and The French Pear.

Being smack in the middle of Jersey Devil country — with the famous monster’s birthplace of Leeds Point being just down the road – naturally, the bar has a cocktail named in his honor – The Jersey Devil.

“It’s been on the menu since before I started,” says Stephanie Rudewicz, a veteran bartender who has been working at Baremore Tavern for more than 10 years.

The popularity of the drink owes much to its namesake of course, but also to its simplicity. A two-ingredient cocktail (with both ingredients produced in New Jersey), its use of Laird’s Applejack – an apple flavored whiskey – brings in a fruity sweetness from the apple, rounded out by a boozy smokiness. The cranberry juice adds tartness up front as well as a gorgeous pop of blood red color, perfect for the Jersey Devil theme.

Another favorite that rotates through the seasonal cocktail menu is the French Pear – a twist on a martini that patrons can’t seem to get enough of.

Grey Goose La Poire is a pear-flavored vodka that serves as the most dominating flavor in the drink. And though the pear flavor comes through most boldly, this cocktail serves as a boozy fruit salad of sorts, with the pineapple and cranberry juices adding both sweet and tart simultaneously, given complexity from the St. Germain, an elderflower liqueur. The drink is refreshing, and yes, it is sweet, but it remains palatable and not candy-like, thanks to the tartness of the cranberry and forward flavor of the vodka itself.

The Baremore Tavern is located at 1 New York Road in Smithville. Go to SmithvilleInn.com.

A changing of the guard at JW Restaurant in Absecon brings passion, enthusiasm and a whole lot of smoke

It’s always interesting to watch a restaurant evolve and expand, and that is precisely what is happening these days over at JW Restaurant in A…

The Jersey Devil cocktail is a tasty nod to a terrifying local resident.

The French Pear makes for a tart and fruity twist on a martini.