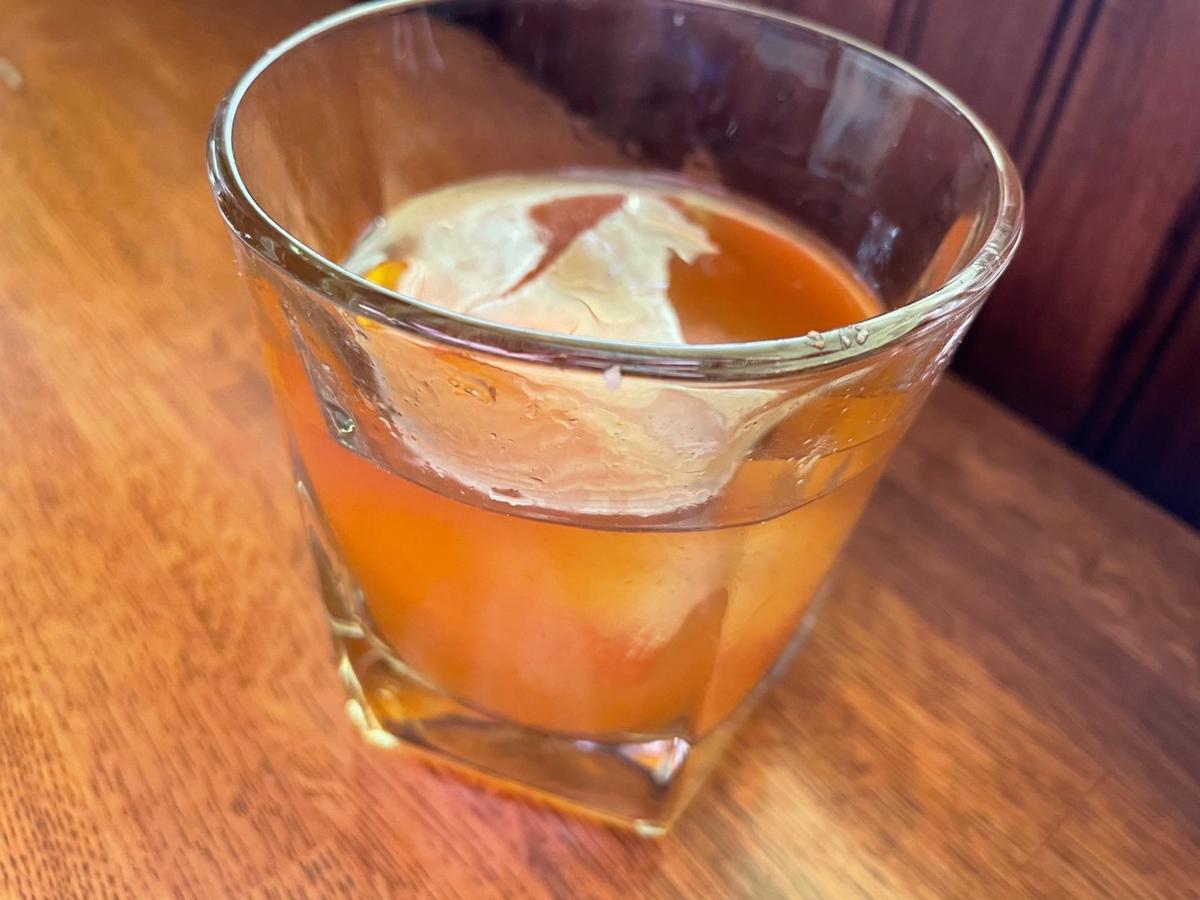 The Happiness is a Warm Gun at Josie Kelly’s is a superbly smoky twist on an old fashioned.

Irish bars are known primarily for their cozy atmosphere and welcoming, raucous vibe along with endlessly flowing pints of Guinness and maybe a shepherd’s pie or two. Josie Kelly’s Public House in Somers Point has all that, but what made me want to stop in for a drink last week was the fact that unlike many of their colleagues, they actually put some thought into creating a really nice cocktail menu for those looking for something on the rocks besides a shot of whiskey.

The long list of craft cocktails includes the standards like Irish coffee – Josie Kelly’s version is made with Tullamore Dew Irish Whiskey, black coffee, raw sugar and fresh whipped cream – but they also branch out in directions you would never expect, with things like sangria, margaritas and a tequila paloma.

To be honest, it was hard to decide what to order. Interesting takes on classic cocktails were all over the menu, but in the end I settled on the “Happiness is a Warm Gun,” Josie Kelly’s twist on an old fashioned, which also happens to be named after one of my favorite White Album-era Beatles songs.

Happiness is a Warm Gun

The Happiness is a Warm Gun starts with Bulleit Bourbon and swaps a muddled brown sugar cube in for the standard white before adding both orange bitters and old fashioned bitters along with a bit of citrus peel – in this case from a fresh orange. But the real fun starts when your drink arrives. The big thing that separates this from any other old fashioned you may have had is that it is served in a cocktail glass with a stemmed glass on top, which has been filled with smoke via a smoking cloche. That not only adds an aromatic to the drink, but puts on a fun visual show when removed. It’s cool, it’s sexy, it’s theater in a glass.

That would all be for nothing if the drink didn’t also come through for your taste buds. Luckily, it does. The great thing about a well-made old fashioned is that the flavor of the spirit stands up boldly up front while the sugar and citrus tame any harshness that would naturally come from drinking any form of liquor straight. And the additions of two types of bitters balance out the sweetness from the brown sugar. And yes, in this case the smoke also adds the aforementioned aromatic, but mostly, it just makes whoever is drinking it look damn cool.

The Happiness is a Warm Gun at Josie Kelly’s is a superbly smoky twist on an old fashioned.