Pan-seared scallops is just one of many suberb seafod entrees that dot the menu at Ryfe, but the most popular items are the burgers, including the Hangover Burger, left, which features an 8-ounce patty topped with IPA-infused cheese sauce, roasted jalapenos and a fried egg. 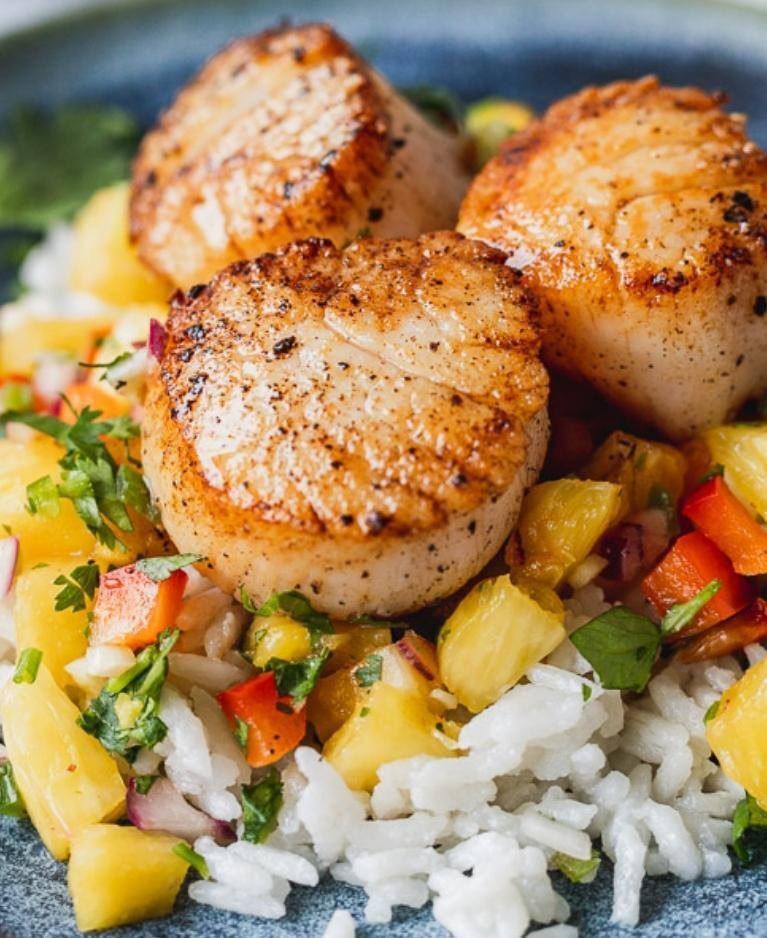 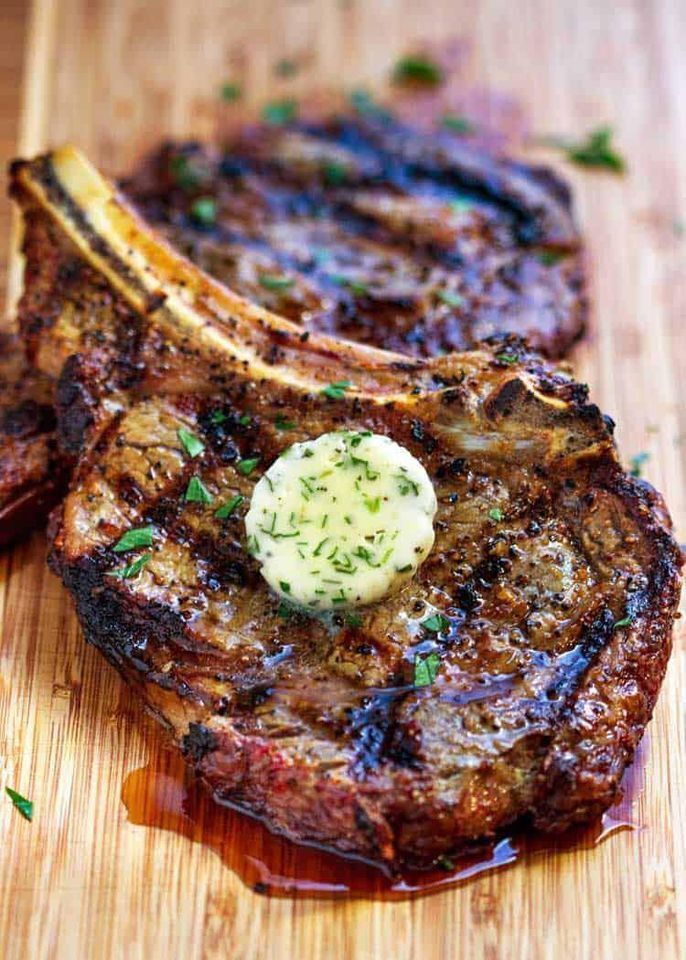 Restaurants all over New Jersey are breathing a sigh of relief that they can open 25 percent of their indoor dining this week.

But perhaps no one is happier than John Murphy, the owner of Ryfe Restaurant & Bar in Atlantic City.

After spending about 18 months rehabbing the former — and legendary — Sherlock’s Liquor & Pub on Atlantic Avenue in the Lower Chelsea part of the city, securing the liquor license and getting approvals from the city (which is never easy), Murphy opened Ryfe on March 13.

Three days later, they were closed because of COVID-19 restrictions.

“When we opened, it was already weird because of the virus,” Murphy says. “But we were so busy opening that I wasn’t even paying attention and watching the news. I had my head down. People were coming in and saying, ‘Are you going to be OK with COVID?’ And I was like, ‘Yeah, we should be fine.’ Then we had to close.”

After pivoting quickly to takeout and delivery, which Murphy says allowed Ryfe to keep the lights on, the staff and kitchen used the time to tweak the menu and work out the kinks that busy restaurants don’t usually have the time to work out.

So when outside dining was allowed to reopen in June, Ryfe was more than ready, offering seating on its outdoor patio and later in its parking lot to accommodate more than 100 people.

“And it has been packed every night … sold out,” Murphy says. “In fact, our numbers for the summer are above what we budgeted even if we were open inside. But we are certainly glad to get the inside open. It will feel a little weird at 25 percent because our place is pretty big with three different sections, but we will do our best and hope that the governor gradually raises that percentage sooner than later.”

Ryfe is everything a neighborhood pub should be. Murphy calls it “comfortably swanky” and similar to a restaurant you will find if you go to major cities like Chicago and San Francisco, and that pretty much nails it.

“We want the different areas to have different feels,” said Murphy, a real estate entrepreneur who has invested in housing projects, vacation and long-term rentals and more. “We want the lounge area to feel like you are going out somewhere nice for the night … you aren’t just eating at the bar.”

The menu mirrors that philosophy, offering something for everyone, whether it’s a kid’s burger with just cheese and ketchup to more adult fare like beet and goat cheese crostini and pan-seared scallops over jasmine rice topped with hand-chopped Ryfe salsa.

“I think the standard term is familiar but elevated cuisine,” Murphy says. “I love black squid pasta, but we didn’t think it was right for this area. People would probably order it and say it tastes fishy. It might be too much for this area, so we put a lot of thought and care into how every dish looks and tastes without getting too adventurous. We are all buying the same filet and the same scallops, but it’s what you do with it and how you present it that makes the difference. That sauce you add to that protein is the game-changer whether that dish is good or bad and whether people come back or not.”

The large menu starts with a sprawling appetizer section with so many choices you have to return several times to even get close to trying them all. Standouts include the asiago and artichoke dip ($13) served with grilled Atlantic City ciabatta bread or blue corn tortillas; blackened ahi tuna salad ($16) with arugula and fennel topped with homemade miso-ginger dressing, black garlic puree and wasabi aioli; grilled, shell-on tiger shrimp and crostini ($22) in garlic butter with roasted cherry tomatoes served with Atlantic City dipping bread; and even some Mexican fare including mahi tacos ($14), burritos ($12) with choice of vegetable or protein, and loaded nachos ($14).

Ryfe’s No. 1 seller is its burger, an 8-ounce smashburger available in a variety of ways including the Hangover ($15) topped with IPA cheese sauce, fresh jalapenos and pan-fried egg; or the Bella ($15) with lettuce, tomato, red onion, wild mushrooms, avocado aioli and Swiss cheese. There is also a grilled Buffalo chicken sandwich ($14), a beer cheesesteak ($14) with IPA cheese sauce, fried onions and blistered shishito peppers (for a nice touch) or a Beyond Burger ($16) and turkey club ($14).

The bar has just four beer taps but has dozens of craft beers available in cans and bottles, and its signature drinks (all $10) really pop, including the best-selling Chelsea Mermaid made with Atlantic City’s Little Water Distillery Rum and garnished with a gummy mermaid tail, its tasty rum punch and the Orange Crush Glacier with fresh-squeezed orange juice, vodka, Grand Marnier, lemon lime soda, fresh mint and frozen orange slice at the bottom of the glacier.

Despite the coronavirus certainly causing havoc, Murphy says Ryfe hasn’t just survived but thrived thanks to his family and loyal staff, including Manager Amy Grabel.

“I can honestly say I wouldn’t change a thing,” Murphy said. “Through the COVID experience, I was able to spend all that time with my wife (Rebecca) and my (20-year-old) son Jake, who worked right alongside me here through the whole shutdown to make it a really fun experience. We are actually looking at a second location within a mile of where Ryfe is and another near Voorhees. Whether we call them Ryfe, we aren’t even sure. It’s not like we want to create some super ambitious chain or something. Yes, we want to make money, but it’s more about building the communities we are in. With Stockton right here, South Jersey Gas right next to us and the other development we are seeing, we are glad to be part of it. I know we created something special here that we will keep building on.”

Between you and me: Owner John Murphy never owned a restaurant before but he grew up working in two of his father’s restaurants in Wildwood and Philadelphia. “I am not sure how much I learned in my teen years, but I worked hard slinging cheesesteaks and ice cream. They are good memories.”

What makes a wine suitable for fall?

Greetings and welcome to the fall season — well, almost. I hope you’re finding some time to enjoy some wine. For those of you just tuning in, …

Shackin’ Up For the Summer - Week 3: Terrace Tavern

It’s tough to miss Terrace Tavern when driving down Long Beach Boulevard, the main north/south drag that skewers LBI, as the fire engine red b…

Pan-seared scallops is just one of many suberb seafod entrees that dot the menu at Ryfe, but the most popular items are the burgers, including the Hangover Burger, left, which features an 8-ounce patty topped with IPA-infused cheese sauce, roasted jalapenos and a fried egg.