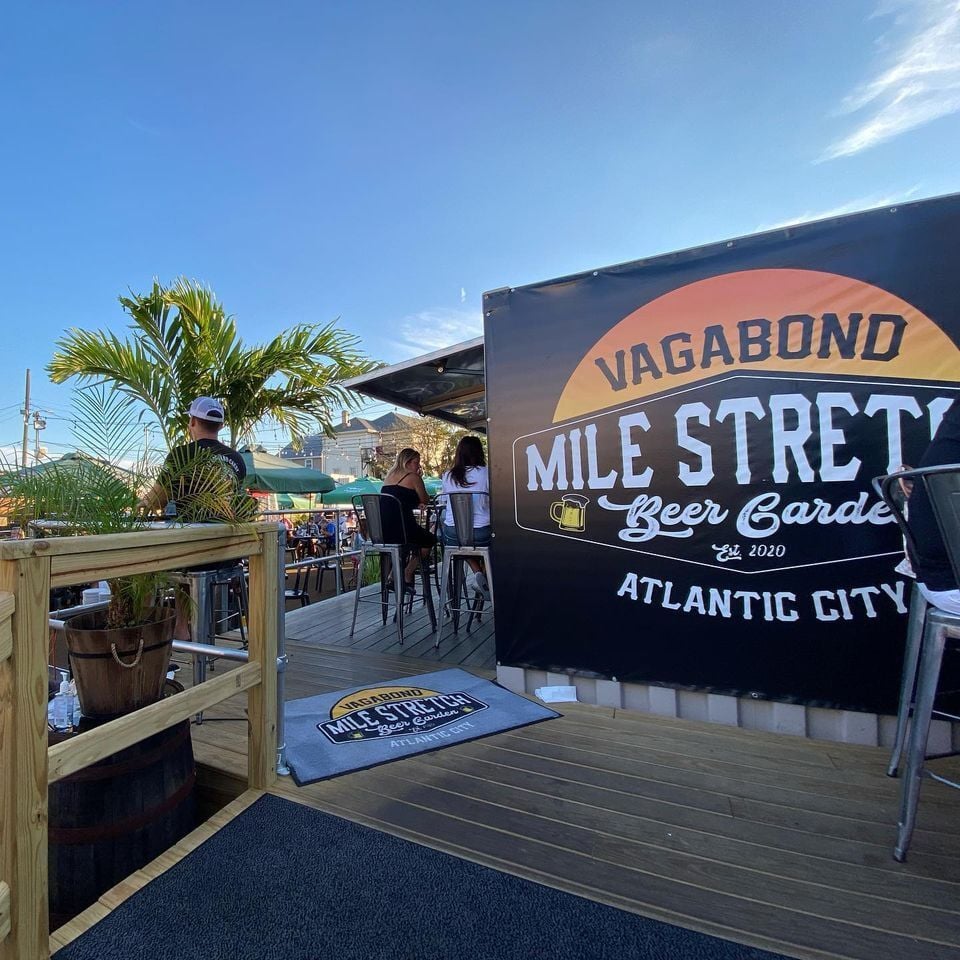 Vagabond Kitchen & Tap House will host the grand reopening of their Mile Stretch Beer Garden as part of their festivities on Saturday. 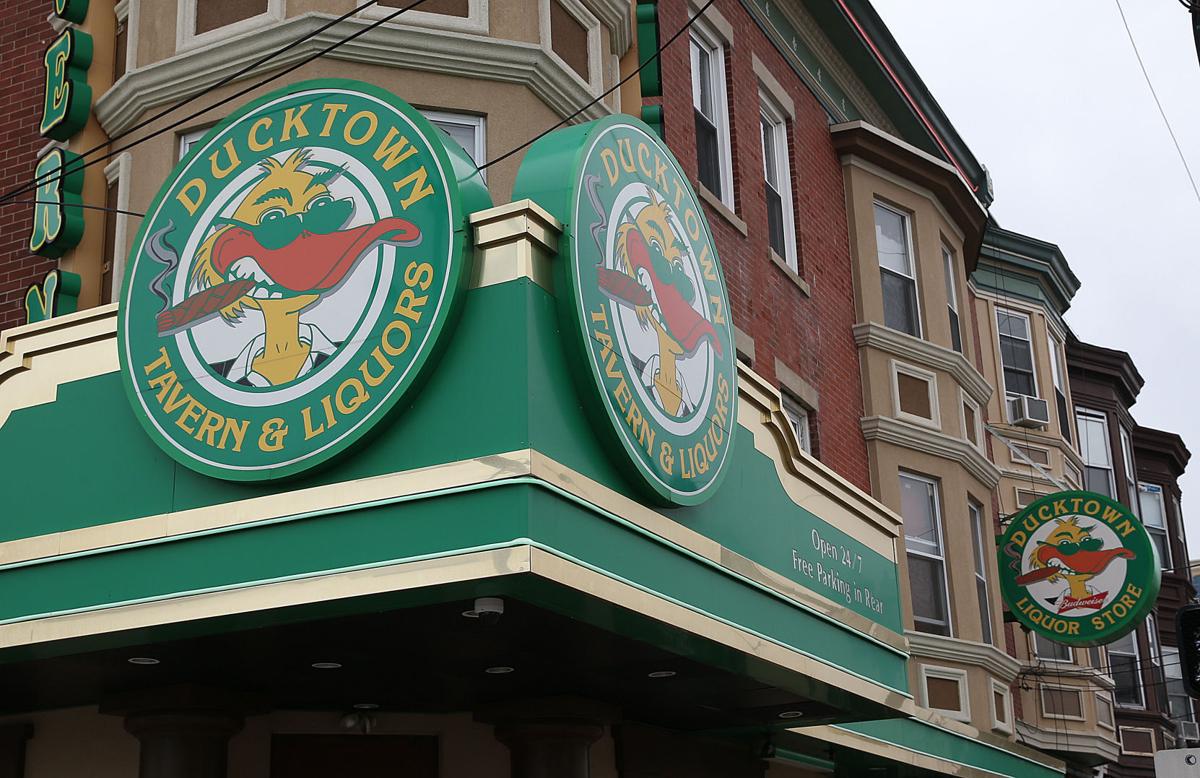 The post-parade party at Ducktown Tavern is legendary.

Last year, when Atlantic City’s St. Patrick’s Day parade had to be canceled due to concerns over COVID-19, everyone was disappointed, but we vowed to be back the following year.

Now here we are one year later and, once again, the parade is cancelled due to the coronoavirus. And while that is disappointing, the luck of the Irish came through, as some of the top bars in town have decided to celebrate on Saturday, March 13, anyway — parade or no parade, following state protocols, of course.

Ducktown Tavern has traditionally been known for its massive post-parade party, and the lack of a parade this year is not stopping it in any way. Their outdoor space, known as “The Duck Hut,” will be ground zero for the shenanigans. Their Non-Parade After Party will begin at noon and feature music from DJ Hooks as well as specials on food and Tito’s Vodka drinks such as Tito’s Transfusion and Tito’s Lemonade. The 45-and-over section known as the “Silver Fox Club” will also return for those who prefer to keep their party far away from the kids table. Ducktown Tavern is located at 2400 Atlantic Ave. in Atlantic City. Go to DucktownTavern.com.

The Orange Loop is set to turn bright green! Things will be even more festive than normal this Saturday at Tennessee Avenue Beer Hall as five tasty Irish beers will start the party off right, including the notoriously hard to find Shamoorock Shake from Bolero Snort. Add to that a long list of specials including $5 Miller Lite 22-ounce drafts, 20-ounce Guinness pints for $6, shots of Jameson and Tullamore Dew for $7 and $10 Irish Car Bombs. Or you can go for a combo deal — 20-ounce pints of Guinness with a shot of Jameson on the side for $10. And, of course, you can’t pass up $5 shots of their homemade Irish cream. Specials on Irish dishes include Reuben spring rolls ($8), a hand-carved corned beef sandwich on rye with mustard ($9), and a corned beef, cabbage and potato platter ($11). And if you need to tap your feet or do a jig, there will be live music from Glenn Roberts and Quasimodo’s Bride at 3 and 8 p.m., respectively, as well as some traditional Irish dancing from the Emerald Isle School of Dance around 4 p.m. The fun starts at 10 a.m. and runs ’til last call. Tennessee Avenue Beer Hall is located at 133 S. Tennessee Ave. in Atlantic City. Go to TennesseeAvenueBeerHall.com.

This one is kind of obvious, but is there a more quintessentially perfect spot to celebrate the A.C. St. Paddy’s Day Parade that wasn’t than at the Irish Pub? It’s wall to wall charm inside with loads of history and plenty of Harp, Killian’s and Murphy’s to keep everyone’s eyes smiling. Despite its large footprint, the Irish Pub always manages to feel intimate and cozy, thanks to the aged woods and soft glowing tiffany lamps which make up just a few of its signature elements. Those looking to party outdoors can head to their back patio for a bit of fresh air. And their Orange Loop location means you can easily hop from here to any of the other bars on the Loop without having to step foot in a car. It’s non-parade perfection! The Irish Pub is located at 164 St. James Place in Atlantic City. Go to TheIrishPub.com.

It’s no secret that Vagabond Kitchen & Tap House always offers a solid selection of craft beers along with one of the tastiest gastropub menus in South Jersey, but the big news for this Saturday is that it’s also the grand reopening of their outdoor Mile Stretch Beer Garden. In case you haven’t visitedrecently, the Mile Stretch Beer Garden was installed this summer and provides guests with one of the best — and largest — outdoor bar experiences around. A shipping container bar with 27 taps is the main attraction, accented with twinkling string lights and heaters galore. You can sip your suds and stay warm while enjoying the outdoors, social distancing and dreaming of a St. Paddy’s parade that never was. Vagabond Kitchen & Tap House is located at 672 N. Trenton Ave. in Atlantic City. Go to VagabondAC.com.

Some of the casino bars also plan to get in on the action and celebrate the parade-free parade day. A few of our faves are at Resorts Casino Hotel, including Wet Willie’s, which will offer their Irish Attitude Daiquiri as well as $2 green beer, Jell-O shots and shamrock shots; and a variety of bars including Bar One, Cielo Wine Bar and DraftKings Sportsbook will all offer $3 Guinness bottles, $5 Jameson Whiskey and $8 Jameson Car Bombs. Resorts is located at 1133 Boardwalk in Atlantic City. Go to ResortsAC.com.

Over at Ocean Casino Hotel, three St. Paddy’s cocktails will be up for grabs at Villain & Saint. The Irish Green Tea contains Jameson Irish Whiskey, Apple Pucker, Peach Schnapps and sour mix with a splash of Sprite; the Whiskey in a Jar is a fun green cocktail that makes use of Tullamore Dew Irish Whiskey, lime and lemon juices and simple syrup; while the Grasshopper is a refreshingly minty libation, made with Jameson Irish Whiskey, Irish cream, white crème de cacao and candy mint syrup. Each is $14. You can also find the Grasshopper and Irish Green Tea at Sky Café. Ocean Casino Resort is located at 500 Boardwalk in Atlantic City. Go to TheOceanAc.com.

Fate brings couple together for Little Goat in Pleasantville

Nick and Kelly Basdekis seem like they are destined for each other. And the couple also seems like they were destined to own a restaurant.

It’s hard not to appreciate your mom. She’s been there since day one. She fed you, wiped random gook from your mouth, taught you right from wr…

When MADE Chocolate shut its doors late last year, there were a lot of seriously saddened sweet-tooths in Atlantic City. Luckily the Orange Lo…

Harrah's to open brand new dining, nightlife and spa concepts just as the weather warms up

Lighter beers and sours rule May as summer approaches

Summer is nearly upon us, and the lighter beers are hitting the shelves and taps. Some of us still reach for the bigger beers during this warm…

When you think of Guy Fieri, you might not think gourmet cuisine or his restaurants being one of the best experiences in any city.

5 reasons you should check out the AC Spirits Club

You always hear about beer dinners and wine tastings and cigar gatherings, so it’s time that connoisseurs of fine spirits finally get their due.

Vagabond Kitchen & Tap House will host the grand reopening of their Mile Stretch Beer Garden as part of their festivities on Saturday.

The post-parade party at Ducktown Tavern is legendary.