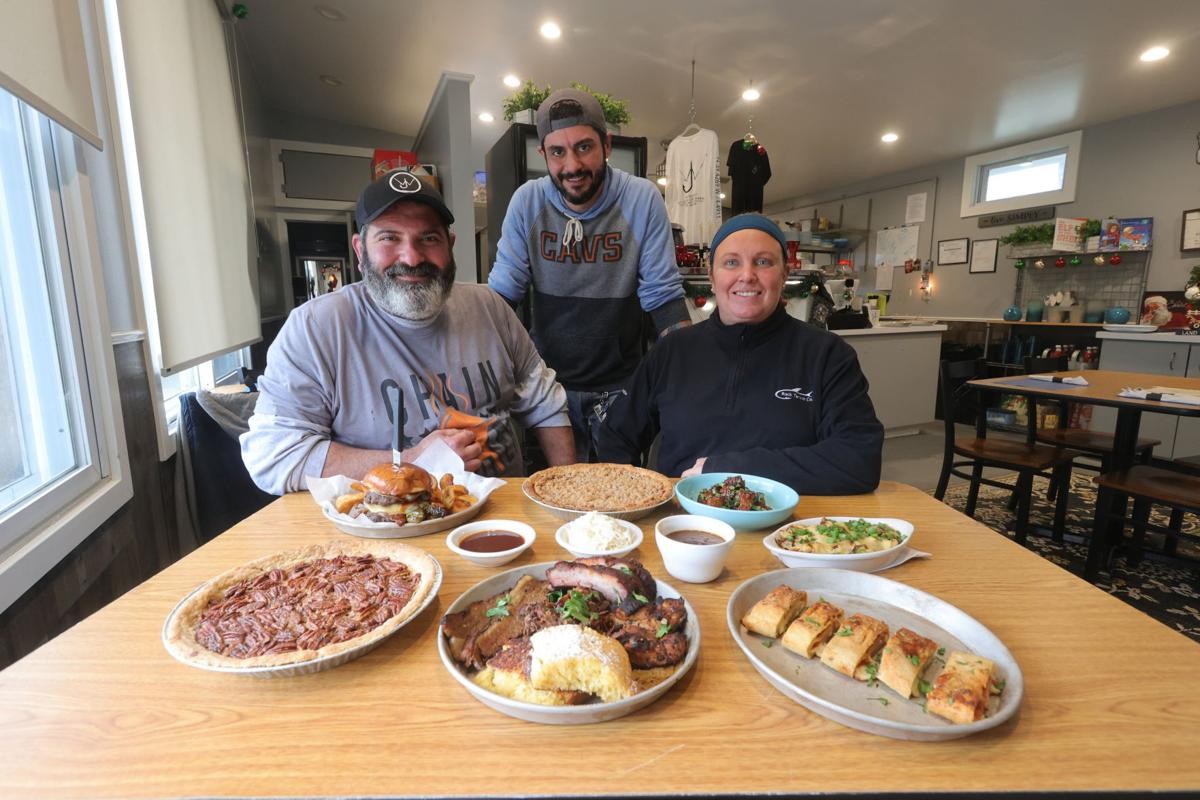 Brad Jacobson, left, Sam Barile Jr., middle, and Jacobson’s fiance Bridget Bucnanan, right, work together at JW Restaurant to bring folks some of the best Southern-inspired food in all of South Jersey. 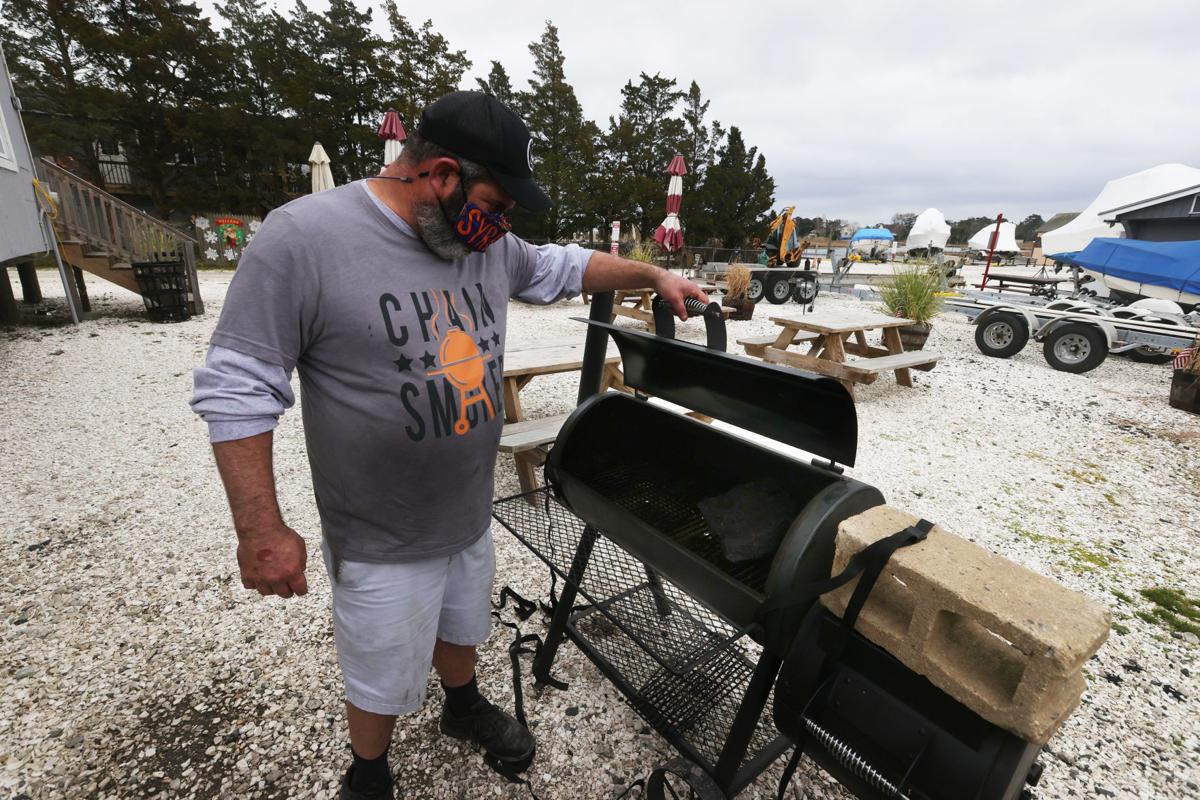 The outdoor smoker has brought a whole new aspect to Sundays at JW Restaurant. 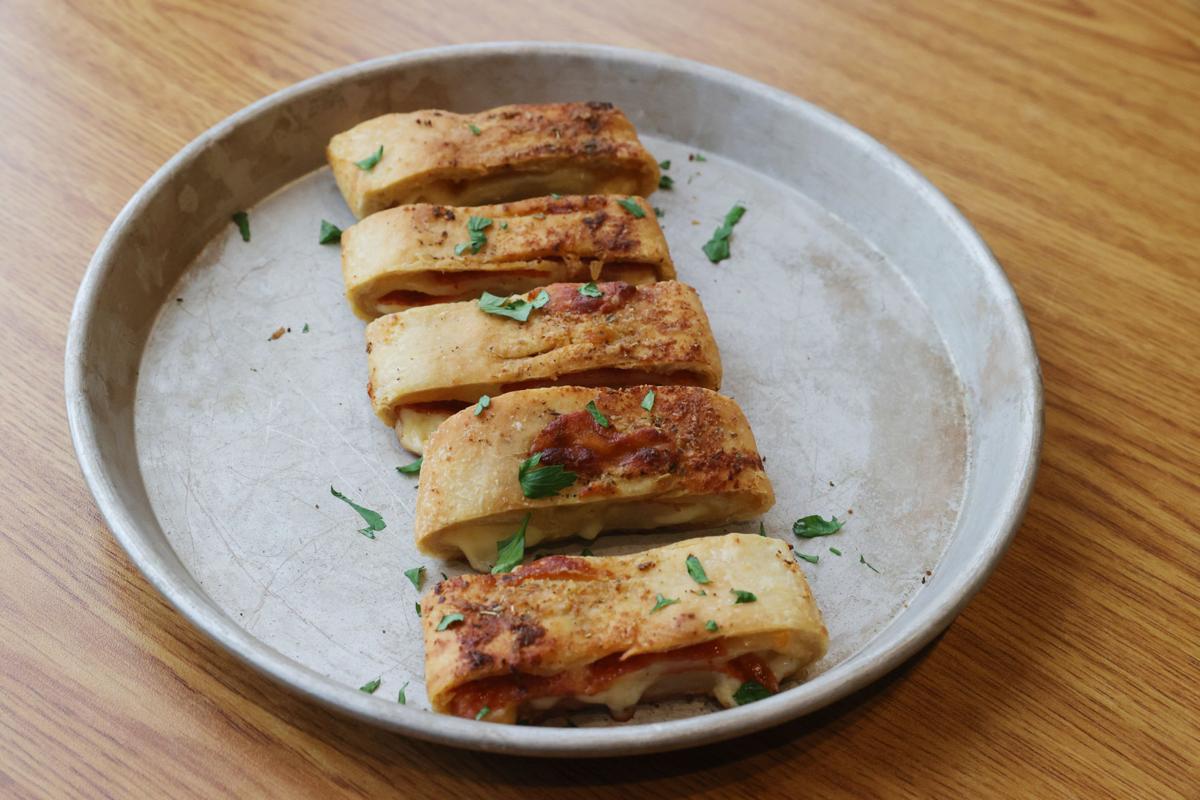 House-made pepperoni bread is one of Chef Sam Barile’s most popular items.

It’s always interesting to watch a restaurant evolve and expand, and that is precisely what is happening these days over at JW Restaurant in Absecon. The space opened up shop in 2019 under its original moniker “JW Deli” and at the time was owned by a pair of construction workers named Jeff Fielder and Will Hancock – which, in case you are curious, is where the name JW comes from — who were looking to expand their horizons and step into the restaurant biz.

They secured the amazingly talented Sam Barile as head chef, and before long his Southern-inspired cooking was earning JW’s quite the buzz in the area. But this past August, Fielder and Hancock officially handed over ownership of the restaurant to Barile and Brad Jacobson, a longtime friend of Barile’s.

“Sam and I have been working together for close to 15 years,” says Jacobson, who splits his time between the restaurant and a job in the financial industry. “I joined his team at Maynard’s and worked there cooking every summer. Outside of my schooling, he taught me everything I know, and we have been cooking his food together for a long time now.”

And Jacobson is wise to hitch his wagon to Barile’s, as the chef consistently puts out some of the most unique and tasty dishes you will find at any restaurant in the area. Much of his cooking is rooted in Southern traditions, including a notable lean toward New Orleans-style dishes like shrimp and grits with andouille sausage and shrimp po boys, in addition to the single greatest version of chicken and waffles in all of South Jersey.

And when the reins were handed over to Barile and Jacobson, they knew exactly what needed to be done.

“Brad really hit the nail on the head when we first took over,” Barile says. “He said ‘the food can’t take a hit.’ And he was right. So Brad started focusing on the front of the house, which allowed me to focus solely on the kitchen. And in our free time, we brainstorm and do everything else together.”

The food at JW’s had begun to cement its reputation well before COVID hit, but as luck would have it, much of their setup, which already included multiple outdoor picnic tables and a large amount of takeout business, only grew as the pandemic began to take over.

“When all of this started, we knew that we needed to gear up for focusing on takeout. We offer free delivery in addition to DoorDash and Grubhub and we were able to pivot to doing 80 to 90 percent takeout,” Jacobson says.

While many restaurant operators have been resistant to use app-based delivery services, Barile and Jacobson have embraced them fully, recognizing that it is a matter of meeting the demands of the customer.

“The truth is, it’s about adapting. Everybody is going to DoorDash and Grubhub. It’s all electronic, it runs through the phone. It’s become about 50 percent of our business at this point,” Jacobson notes.

When JW first opened, the focus was exclusively on breakfast and lunch. Sandwiches and egg dishes were featured prominently, but dinner was never really part of the game.

These days, JW’s offers a dinner menu Thursdays through Saturdays, and some of the most interesting items and specials seem to pop up here frequently. A recent special known as Elf-A-Roni combines mac and cheese with gouda, scallions and smoked brisket while the PBB (short for pork belly bartones) features crispy fried squares of pork belly glazed with a sweet and spicy Asian “Buddha sauce.” It is one of the best pork belly dishes we have come across in recent memory.

Add to that a list of tasty and not so common items like Southern fritters with pimento cheese and andouille sausage; the amusingly-named St Creek Burger, a spicier-than-you-would-expect favorite which starts with a pair of beef patties topped with applewood bacon, onion marmalade, smoked gouda and long hots and finished off with a coat of their coffee BBQ sauce; or Barile’s legendary pepperoni bread – a melty mix of pepperoni and mozzarella cheese rolled into a buttery loaf and served in slices.

Smoke ’em if you got ’em

Though there are a handful of tables inside, during the warmer months, the outdoor space really makes for a prime spot for a relaxing meal. So as a way to evolve and bring in some new flavors, JW’s added a Sunday barbecue menu that has really taken off.

“At the beginning of the summer we were trying to think up new ways to expand, so I thought we could do a theme and take advantage of the outdoor area. So we put together a barbecue night, and it was a hit, so we kept doing it,” Barile explains.

Their Sunday barbecue events run till around 6 p.m. and feature a variety of meats, including brisket, ribs, chicken and pulled pork, all of which is smoked onsite at their outdoor smoker. Guests get a choice of two meats and a nice assortment of sides such as cole slaw, baked beans and mac and cheese.

“We sell out every single Sunday. We don’t have the smoke space to increase our volume, so we just bought another smoker to try and increase our ability to meet the demand,” Jacobson says.

And if the food alone wasn’t reason enough to head over to JW’s, their utter dedication to being a part of the community certainly is. In fact, a dollar of every dish sold at their Sunday barbecue is donated to the Community FoodBank of New Jersey.

“The most important thing for us was that we be a big part of this community,” Jacobson says. “There are very few places within Absecon that are family-oriented without alcohol, and we are able to provide that. We look forward to doing some live music this summer and going all out. It’s all about creating a vibe and turning it into something special, and we plan to continue doing just that.”

Brad Jacobson, left, Sam Barile Jr., middle, and Jacobson’s fiance Bridget Bucnanan, right, work together at JW Restaurant to bring folks some of the best Southern-inspired food in all of South Jersey.

The outdoor smoker has brought a whole new aspect to Sundays at JW Restaurant.

House-made pepperoni bread is one of Chef Sam Barile’s most popular items.