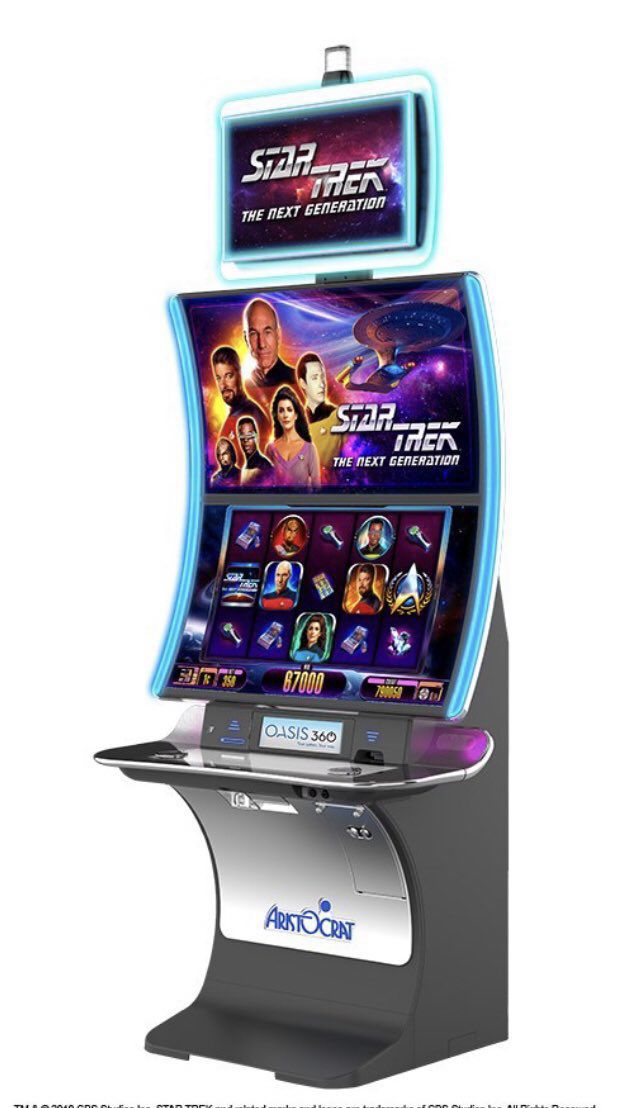 The Global Gaming Expo (G2E), an annual gaming trade show, took place last week in Las Vegas. Much like auto shows, G2E offers manufacturers the opportunity to showcase to buyers around the world their newest slot machines, cabinets, table games and other technology.

Here are just some of the new games you’ll be seeing over the next few months.

Manufacturers continue to rely on popular television shows and Hollywood films as inspiration for their newest slot machines. Many are second and third generation versions.

Among the titles to look for next year are:

Machines not tied into a traditional entertainment category, but popular nonetheless, include:

In addition, look for Fu Dai Lian Lian – an evolution of Gold Stacks 88, Mighty Cash Ultra – a new theme which is part of the Mighty Cash family, and Timber Wolf Xtreme.

One unique game introduced at the show was Hao Yun Lai, the first to combine the popularity of both Strike Zone – from games like Star Watch Magma – and the Fade Away Feature – from games like Chili Chili Fire. When any wild symbol lands within the player’s selected Strike Zone it triggers the Fade Away Feature, eliminating all lower-value symbols and leaving only higher-value symbols for big-win combinations.

The show also marked the global debut of Cookie Jam Blast. This “puzzle adventure” features 100-plus levels to keep players engaged, and multiple ways to win cash while swapping, matching, and blasting cookies.

Also introduced at the show was Multiplayer Arena, featuring games that bring eSports-style tournaments and head-to-head competitions to the casino floor.

Jackpot Hold’Em is a poker variant that pits player vs. dealer in a fast-paced single-deck game in which the player and dealer make their best five-card hand out of seven cards.

Mahjong Poker Face-Up is a new player-vs.-dealer poker variant in which the dealer’s cards are dealt face-up. The player arranges seven dealt cards into a three-card high and two-card low hand. There are optional side wagers that allow for bigger wins on premium hands.

Fully automated, video and dealer-assist electronic table games have come a long way and are getting even better.

Look for updated versions of craps, roulette, blackjack and baccarat, as well as Golden Ball Roulette. A completely new take on the classic roulette game, Golden Ball generates results based on different color balls ejecting from the ball magazine. The game is intended to introduce a new type of player to the traditional roulette game.

While not traditional additions to a casino floor, more and more, virtual sports are finding their way as part of the new mix of attractions casinos are using to attract customers.

Look for Virtual Hockey, Virtual Basketball and V-Play Football which use the latest in motion-capture technology to create a new level of realism.