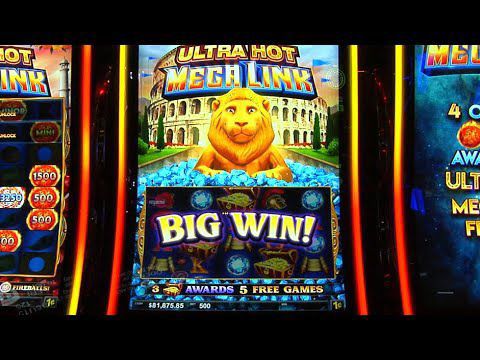 A guide to pairing food and wine

During these times of COVID-19, I hope this finds you safe and healthy. There are some incre…

At Scientific Games, the popular Ultimate Fire Link has been taken one step beyond with a new Ultra Hot Fireball symbol to give us the Ultra Hot Mega Link.

The Ultra Hot Mega Link – something to anticipate once brick-and-mortar casinos reopen – takes players to locales around the world. India and Amazon are the first two themes in a series of games under the Ultra Hot umbrella.

Ultra Hot Fireballs put extra sizzle in the Fire Link feature. Just as in Ultimate Fire Link games, the feature is triggered when at least four Fireball symbols appear on the video reels. The symbols, which include credit amounts or progressive jackpots, lock in place for at least three respins.

On the respins, every new Fireball also locks in place and resets the respin meter to three. When a set of Fireballs is completed, a new row is unlocked and added to the reels, opening the chance for bigger wins. When the respin meter hits zero, you win the amounts displayed on the Fireballs.

Those winnings grow dramatically if a respin brings you an Ultra Hot Fireball. It adds credits or a mini jackpot to up to five Fireballs surrounding it. Rewards you’ve already accumulated are stoked and blaze anew.

Also featured is a free games bonus launched when three scattered treasure chest symbols land on the second, third and fourth reels. That awards eight free spins, and you can get an extra spin any time a treasure chest lands on the fifth reel during the freebies.

Speaking of popular slot concepts with new tweaks, Scientific Games also is rolling out the latest addition to its ever-popular Monopoly games.

Monopoly Electric Win$ is a six-reel, 20-line game packed with bonus fun. It’s available in multiple coin denominations from 1 cent to 50 cents. In addition to your bets on the base game, there’s a 25-credit bonus bet that activates a special Electric Reel.

Quarantine cuisine: In the kitchen with Carey Hettmannsperger of Essl’s Dugout

In the Board Bonus, played on a supersized version of the iconic Monopoly board, players roll dice to determine a number of multipliers to be added to the board. You have a chance at one of four progressive jackpots or one of six bonuses, all awarded randomly.

Away from the board, the base game includes an Electric Reel that’s activated by the bonus bet. The Electric Reel can add wild symbols to the reels for power-packed wins. Before a spin, a Hotel symbol may appear in positions on the first five reels. Then if the Light Bulb symbol appears on the sixth reel, it transforms the hotels to wilds.

The show must go on: Local musicians find themselves navigating a new and uncertain reality

When the coronavirus began to spread across the country last month, one of the first industries hit hardest was live music. As restrictions ti…

Gamblers likely to proceed with caution when casinos reopen

Don’t look for a surge in customers when Atlantic City’s casinos reopen.

In this edition of Cronick’s Couch, I discover Louis C.K. is back, give a family film recommendation worth checking out, have fun with Guy Rit…