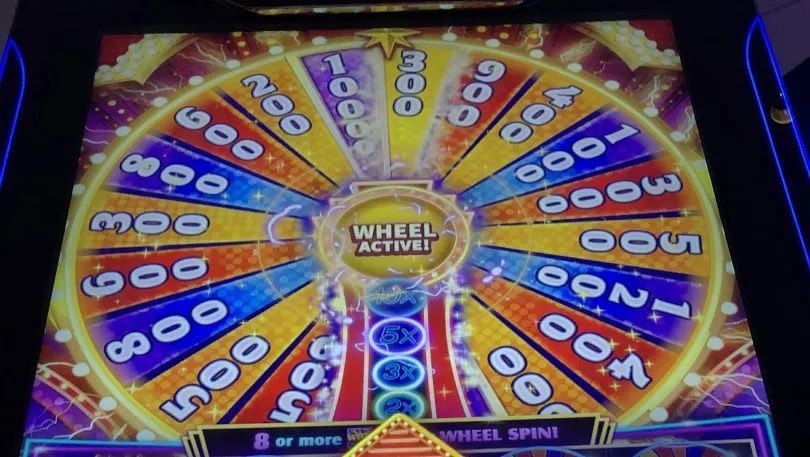 Keeping slot machines fresh and exciting for players is a goal for every game manufacturer, and they’re always looking for new ways to play.

One recent development has involved breaking up slot sessions into sets of spins with short-term goals.

To show what that means, let’s take a look at new games from Illinois-based Incredible Technologies and Australia’s Ainsworth Game Technology.

Incredible Technologies uses “Scatter Blast” sets of eight spins in Happy 8’s: The number 8 is lucky for players in an Asian themed game in which you can accumulate bonuses, progressives and wilds over an eight-spin cycle.

You build your extras on the first seven spins, and on the eighth, all wilds are released to the 40-line reel set. That can bring some huge wins on the reels, and any progressive awards or bonus meters that have been filled with their scatter icons are also awarded. Then everything is reset to start another eight-spin cycle.

All the collected wilds and features carry back over to the base game to finish up any reaming spins in the cycle for even more chances to gather wilds and win progressive awards.

At Ainsworth, the spin sets are called “Persistent State,” which is featured in new games Super Lit Vegas and Captain’s Quest.

While you play, you collect orb symbols. On the seventh spin, the orbs become wild, so a big orb collection can lead to big wins. If you collect eight or more orbs during the seven-spin set, you get a Wheel Spin for credits – usually in the hundreds, but with a 10,000-credit top.

On average, you’ll win the Wheel Spin once per eight cycles, or once per 56 spins.

In regular play, three “free games” symbols will launch 15 free spins. You can collect orbs throughout event, and on the 15th spin, they turn wild. Players can get the Wheel Spin through the free spins, too.

Each time an Ultimate Upgrade symbol appears, you collect one of five features: Symbol Replaced, 1 Wild Reel, Wilds Added, Extra Lines, or Multipliers. On the 10th spin, all features are awarded into a final spin.

Three or more scattered symbols launch free games in which the player can choose one off the five upgrades.

Whether you’re playing Incredible Technologies’ Scatter Blast version or Ainsworth games with Persistent State, the cycles add intrigue and immediacy to the games.

For most spins, players can anticipate rewards to come as they collect bonus symbols. Even a losing spin can be seen as contributing to a potentially greater reward. Then on the final spin of the cycle, you see the rewards play out.

The rewards won’t always be big. There have to be losing cycles along with the winners. But you can savor the possibilities as reward potential builds. That adds fun to the games.

Blackjack Bob skips the tables in favor of a machine

Blackjack Bob doesn’t usually have random number generators on is mind. Almost all of his playing time is spent at live blackjack tables, thou…

How good is your shot to win at Three Card Poker?