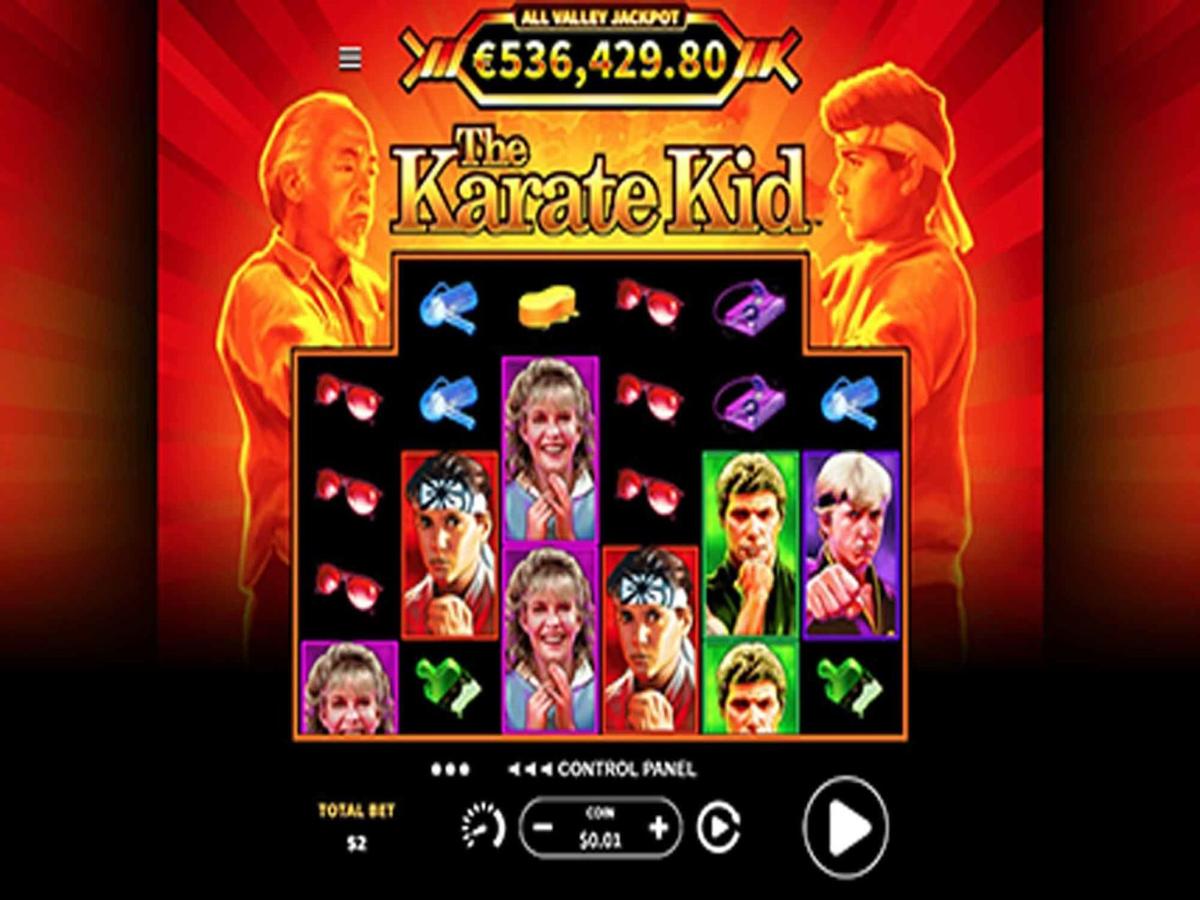 Pop culture themes have been part of the slot machine scene for decades, and game makers are ready with new, fun tie-ins for us once we can go back to live casinos.

Two of the latest are from Everi, which is rolling out The Karate Kid and The Mask for some silver screen excitement.

Let’s check them out, along with a couple of other new games we can hope to check out soon.

The Karate Kid: A five-reel, 30-line penny game features the Karate Tournament Bonus. One large wheel spins to lock in a progressive jackpot tier available to the player. You can win the jackpot by with a reel spin during which the 3 x 5 reel set contains only fist symbols and blank spaces.

Another feature is the Wild Strike Bonus which is initiated randomly during any spin. During the bonus, the reels split up to six times and add wild reels, giving players extra chances to win progressive jackpots.

The Mask: Movie thrills come through on this five-reel, 40-line penny slot. During the Free Games Bonus with Jackpot Wheel Spin, players can land full stack combinations to win instant credit prizes or the special combination to unlock a single spin of the jackpot wheel. The jackpot wheel guarantees a jackpot prize up to the progressive value.

The Vault: You’re looking to empty the vault and fill your bankroll in a series of five-reel penny slots featuring three base games in 30- or 40-line configurations. All feature a bank-wide bonus feature and community-style play.

In an Empty the Vault respin bonus, gold from the vault can give a big boost to credit prizes that are locked on the screen. When triggered, reels will spin in a lock-and-respin fashion. For big rewards, you’ll want to see scatter symbols lock in place. When three scatter symbols are locked on the same column, treasure will fall from the top screen vault onto the locked reels.

In the bank-wide Diamond Rush bonus everyone tries to steal diamonds from other players. You’ll want your gems locked in lace to secure big wins during Diamond Heist time. The Heist is triggered during the Diamond Rush when a vault symbol reveals a diamond or a diamond plus credits.