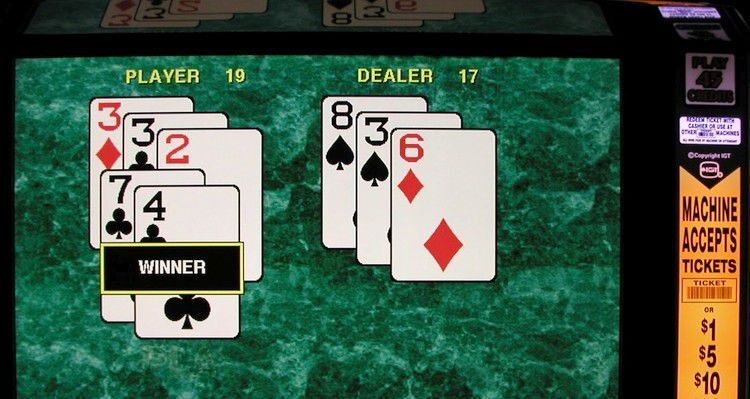 Q. I love video poker, but I'm torn. I play mostly Double Double Bonus because I like the four-Ace jackpots. I got four Aces and a 3 the first time I ever played, and that was $500 on a quarter machine. That's half a royal!

I don't really like Jacks or Better because you can't win much if you don't get a royal. Four of a kind is only 125 coins, or $31.25 for us quarter players, no matter what the card ranks. But I love the 2-for-1 payoffs on two pairs. Those can keep me going for a long time even when I'm not getting big hands, while getting only 1-for-1 on Double Double Bonus means without the quads, I'm getting beat up.

Why can't they make a hybrid game where I can get jackpot four of a kinds and still get the bigger pays on two pairs?

A. If casinos and gamemakers are going to give you more money than usual in one place on a pay table, they have to take it away someplace else. The entire pay table has to work together to give the house a reliable edge.

What if you put the 2-for-1 two-pair payoffs on a 9-6 Double Double Bonus pay table?

The resulting game would pay 111.7 percent, the casino would lose money and the game would shut down.

Adjusting flush and full house paybacks wouldn't be enough. Normally, a 6-5 DDB machine is an extreme low-payer at 94.7 percent. Raise the two-pair return to 2-for-1, and that skyrockets to 107.3 percent.

What's the solution? The rest of the pay table has to be adjusted or else the game is one operators can't afford to offer.

The closest you're ever likely to see to a game that has both enhanced quads and the higher two-pair return is Bonus Poker. The 8-5 version returns 99.2 percent with expert play, pays 2-for-1 on two pairs and makes a small advance in four-of-a-kind returns by paying 125 for a five-coin bet on 5s through Kings, 200 on 2s ,3s or 4s, and 400 on four Aces.

If you want your quad returns bigger than that, you're going to have to settle for the reduction in two-pair returns.

Q. My dad said if he had an 11 like 8-3 in blackjack, he'd rather double in a six-deck game than a one-deck game because there are more 10s available. I told him I didn't think it worked like that.

A. Removing an 8 and a 3 from available cards leaves a greater concentration of 10s with one deck than with six. Each card dealt has a greater impact on the composition of the remaining cards when fewer decks are in play.

So your dad has it backward. You are more likely to draw a 10-value card after 8-3 or other two-card 11s in a single-deck game than in a six-deck game. The raw number of 10s is greater with six decks, but not the percentage of 10s in the deck.