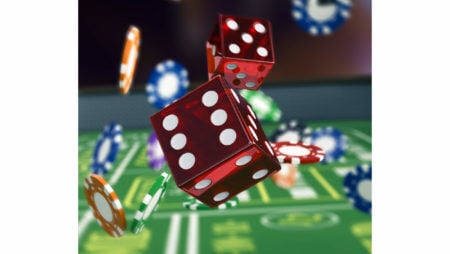 Q. Why do you think draw poker is used for video poker? If you play live poker, they’re all stud games like Hold’em, Omaha, Razz and seven-card stud. Wouldn’t it make sense that the most popular games in poker rooms would be the most popular in video poker, too?

A. The short answer is that five-card draw games dominate video poker because they are popular. Players like them, and they have not shown they like stud poker on video formats.

There have been many video stud poker games, but none has had the lasting success of Jacks or Better, Deuces Wild, Double Bonus Poker and other draw games video poker players know and love. The most successful was Double Down Stud, which had a niche audience in the early through mid-1990s, faded, and had a short comeback in the 2000s. It’s hard to find today.

Caribbean Stud was tried as a video game and failed to attract enough players. Manufacturers have developed Texas Hold’em games galore, including one that used artificial intelligence and neural net technology to create a realistic head-to-head game.

Curious players tried such games, then headed back to the tried-and-true draw machines.

There are several factors. Draw poker games have an appealing mix of a high win frequency and the lure of large rewards. In 9-6 Double Double Bonus Poker, optimal strategy brings you paybacks on just under 45 percent of hands. On a 25-cent game with a five-coin maximum bet, a royal flush pays $1,000 for your $1.25 wager, and four Aces with a 2, 3 or 4 as the fifth card pays $500.

Without opponents, video poker is a different game with different conditions than live poker. Video poker players have found draw poker a more attractive option than stud poker. So in video formats, draw poker survives and stud games get shunted aside.

Q. Your description of Die Hard Craps, which uses one die, raised my curiosity. In regular craps, could I bet on just one die? Could I call out a bet on 1 and be paid if one die shows number 1?

A. No, there are no single-die bets in regular craps. If a casino accepted such bets, they would involve both dice. In a bet on 1, the casino would have to pay if a 1 showed on either die because there is no way to tell the dice apart. A bet that 1 would show up on a specific die would require a change in conditions such as using one red die and one green die.

The odds are considerably different if two dice are involved instead of one. With one die, there is a 1 in 6 chance of rolling 1. With two dice, 11 of the 36 possible, or 1 in 3.27, combinations include a 1.

If you really wanted to bet on a number turning up on one die, you could play the three-dice game sic bo. In the any one number bet, you pick a number from 1 through 6, and if your number shows up on one die, you’re paid even money. You get 2-1 two dice show you’re number and 3-1 for all three. The house edge is high, 7.87 percent.