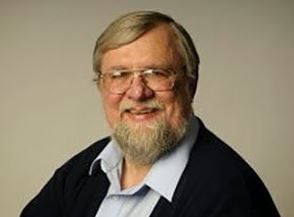 Q. I was walking through a table pit, looking at blackjack games. Most were six decks, but there was one single-deck game open.

A guy walking past me said, “You don’t want to play the single-deck. It’s terrible.”

I admit I’m no expert. I just started playing last year and learned basic strategy on the computer while the casinos were closed. But I thought single-deck was better.

A. If all rules are equal, single-deck blackjack has a lower house edge than multi-deck games. That’s because blackjacks are more frequent and you receive 10-value cards on top of double-downs in a higher percentage of single-deck hands.

However, combinations of other blackjack rules can more than offset any gain from playing with one deck. Examples: The house gets an extra edge if the dealer hits instead of stands on soft 17; if double downs are restricted to certain totals instead of permitted on any first two cards; if players are not allowed to double down after splits; or if splitting pairs is limited to once or twice instead of three times.

The elephant in the table pit is whether blackjacks pay 3-2 or 6-5. A 6-5 payoff on blackjacks tacks 1.4 percent onto the house edge, and that’s a huge step. I wouldn’t play a 6-5 game with any number of decks.

My best guess from current trends is that your passer-by knew the single-deck game paid 6-5 while the others paid 3-2, making the six-deckers better games.

Q. I’m usually a roulette player and I bet a little on the slots for a chance at a really big win. On my most recent trip, I decided to play video poker for a change. I got on a Ten Play machine for a quarter each hand. After about 15 minutes of up and down play I was dealt a royal flush.

I have never gotten a royal flush before even after pulling cards so to get this hand on the deal is a once in a lifetime draw. Even better was the fact that this was times ten because I was on a Ten Play game! It paid $200 per hand times 10 for a total of $2000! Don’t think I can do any better than that so I think my video poker days are over.

A. Congratulations on your miracle hand!

Royal flushes are a lot less common on the deal than on the draw. No matter which five-card video poker game you play, your chances of a royal on the deal are 1 in 649,740. Those are the same royal odds as at five-card stud-based table poker games such as Let It Ride or Caribbean Stud.

Including draws, the chances of getting a royal are roughly 1 in 40,000, depending on the game and your drawing strategy. In 9-6 Double Double Bonus Poker, we see royals an average of about once per 40,799 hands, while in 9-7-5 Bonus Poker, where we hold a lot more partial flushes, royals come an average of once per 48,035 hands.

One more thing: Just to avoid any confusion, by betting a quarter on each hand you meant you were betting five nickels per hand on a 5-cent Ten Play game. That way, you get the full payoff on a royal of 4,000 coins per royal — $200 on each of 10 hands on a nickel game for your $2,000 total. If you were playing a 25-cent game and betting only one quarter per hand, then your payoffs would have been 250 quarters, or $62.50, per royal for a total of $625.