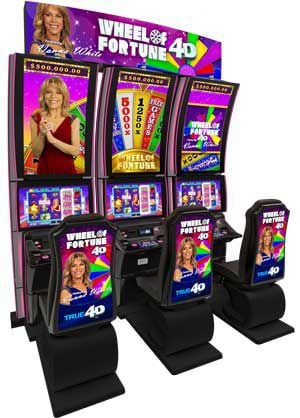 Q. I was thinking about blackjack hands I consider a close call, and started wondering how big a mistake it is to go contrary to basic strategy.

The one that really throws me is hard 11 when the dealer has a 10 up. The strategy charts say to double down. I suppose you must win more often than you lose when you double or the charts wouldn't say that, but it eats at me when I draw a 7 or an 8 for a decent 18 or 19, but the dealer turns up a second 10 to beat me with 20.

A. When basic strategy calls for you to double down, it signifies a hand where you will win more than half of decisions after a one-card hit.

You have the edge on those hands, and you double your bet to maximize profits.

It's only natural to worry the dealer will have another 10 face down, but only 30.8 percent of cards are 10 values. In standard American games where the dealer checks for blackjack before players make decisions, you already know the dealer doesn't have an Ace down, so that's not a concern.

In a six-deck game, if you hit 6-5 against 10, you win 56 percent of the time and have an average profit of 11.8 cents per dollar wagered. It doesn't matter if the dealer hits or stands on soft 17. That doesn't come into play if the dealer has 10 up.

If you double down, you'll lose some extra hands because you can't draw a second time. If you draw a 2, you're stuck with 13 against a 10. Because of that, you win only 54 percent of the decisions. But your average profit rises to 17.8 cents per $1 of your original wager.

In every case, you win more than half of decisions, so you make more money when you double even though you lose a little more often.

Something that won't affect most U.S. players but perhaps worth a mention is that strategy changes if the dealer doesn't peek for blackjack. With Aces in play as possible dealer down cards, doubling down is riskier and basic strategy calls for us to just hit hard 11 vs. 10.

Q. I wanted to ask you about a little slot machine history. Wheel of Fortune slots have been around a long time, and there are lots of other games that use prize wheels. Was Wheel of Fortune the first with the wheel? I kind of want to say there was something else, but I can't place it.

A. The vertical bonus wheel atop slot machines first appear in 1996 on Anchor Gaming's Wheel of Gold. A tower topped by the wheel was fixed atop slant-top slot machines from Bally Technologies. When the wheel spin symbol appeared on the reels, a tone would sound.

At first, surrounding players and passers-by would stop when they heard the tone and watch the wheel spin. No one had seen anything like it, and it brought a huge reaction.

International Game Technology licensed the wheel from Anchor Gaming and a year later brought out the first Wheel of Fortune machine. IGT later acquired Anchor and has been cashing in on the wheel ever since.

House edge matters, but so does speed