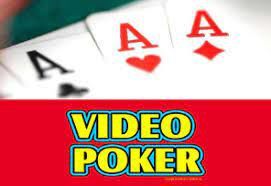 Q. I was looking through some of your articles, and it caught my eye when you compared the craps field bet to place bets on 5 or 9. You said given equal bet sizes, losses per hour were higher on the field even though the house edge is 2.78 percent on the good version of the field and 4 percent when placing 5 or 9. That's because it takes more rolls to decide the place bets, so you need to made additional bets on the field more often.

That tells me the house edge isn't the only factor in deciding between bets. Is there one number that will tell me what bets are per hour on different games and bet options?

A. There always are more factors than the house edge if loss per hour is what you're after. Your bet size matters, of course, and so does speed of play.

Not coincidentally, those are factors when casinos calculate how much to give players in comps. Casinos need a player's theoretical loss, and that's calculated by multiplying average wager, decisions per hour, house edge and length of play.

If you want to compare losses per hour in roulette vs. blackjack, for example, you need to know the house edge is higher in roulette, but blackjack is a faster game with more decisions per hour.

Craps is an exception because some bets take multiple rolls to decide while others are one-roll bets. There are more decisions per hour if you're betting on the field than on place bets. That difference has to be included in calculating theoretical loss.

There are too many variables to come up with a one size fits all stat for theoretical losses . House edge gives you a starting point that tells you how much the casino expects to keep of your total wagers, but speed helps determine how much you bet.

Q. I was playing Super Aces video poker. Every time you get four Aces, it pays 2,000 (for a five-coin bet). You don't need a kicker like in Double Double Bonus Poker.

Do Aces come up a lot less than on other games? How do they work that, paying so much on Aces?

A. Four Aces come up more often, not less, on Super Aces than on most video poker games.

The difference is small between those games. In Super Aces, expert play brings four Aces an average of once per 4,209 hands, while when you include both kicker and non-kicker hands, the Aces average once per 4,252 hands. Four Aces come up less often in other games with lesser Ace returns. That's because the higher the Ace payoffs get, the more our strategy emphasizes holding Aces.