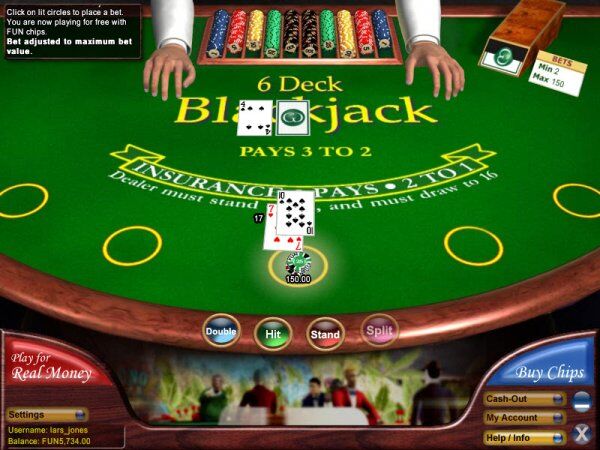 Q. I don’t get why online casinos would have six-deck games when the cards are shuffled after every hand. I know that in live casinos more decks make it difficult on card counters, but computer cards can be shuffled instantly. The cards are in the same proportions for every hand. So why wouldn’t an online casino make all its games single-deck just to sound attractive to players?

A. If all other rules are equal, multideck games have higher house edges than single-deck games even if you’re getting a fresh shuffle for every hand.

That’s for the same reasons online or on video blackjack games as it is at live tables. Two-card 21s are more frequent when fewer decks are used. Blackjacks pay players 3-2 — or 6-5 in high-house edge games — while dealer blackjacks collect only even money. Also, players are more likely to draw 10-value cards on double-downs when fewer decks are used.

All that gives the house a higher edge with more decks regardless of whether there’s a fresh shuffle for every hand.

Card counters can track the balance between remaining high and low cards regardless of how many decks are in play. Multideck games don’t exist primarily to deter the counters. They raise the house edge against all players and can be balanced by other pro-player rules.

Q. I’ve been trying to find slot machines that are ready to pay off by paying attention to the players around me. If I see and hear a machine that’s been paying pretty often without paying a big jackpot, that’s a machine I want to target.

I told my wife that, and she said I’m doing it backwards. She said I want to target the machines that haven’t been paying off because they have to start hitting to make their percentage.

Any words of wisdom?

A. Neither method is particularly helpful. On the other hand, neither method of choosing a game is harmful, either.

All slot machines have time they pay off, and all have times they seem to be ice cold. That just grows out of normal probability.

Odds of the games are set so the house will make money on the games, so losing periods will be more frequent than the win times, but results are as random as humans can program them to be. If you see and hear a machine paying out often, that doesn’t mean it’s going to keep paying, nor does it mean a jackpot is coming.

Similarly, if you see and hear a machine in a cold spell, that doesn’t mean it’s about to heat up, nor does it mean it will stay cold.

The machine’s random number generator has no record of past results, and past results have no impact on future outcomes. The information you’re trying to gather doesn’t tell you anything about coming payouts.