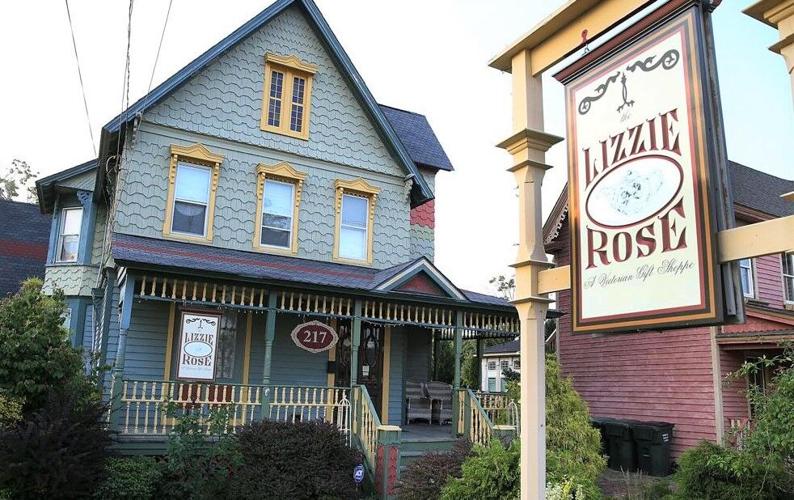 The Lizzie Rose Music Room fell on hard times during the pandemic and was forced to shut its doors for two years. But now concerts in the iconic building are back with a full lineup of acts scheduled to perform. 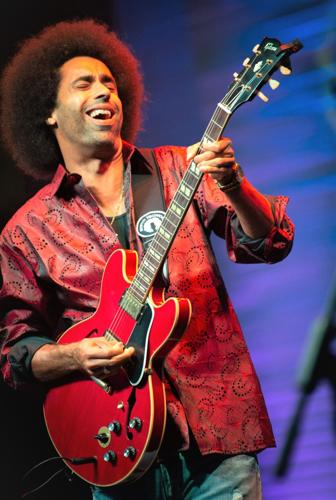 Blues guitarist Selwyn Birchwood and his band have performed at the Lizzie Rose Music Room several times in the past, and are scheduled to return April 19. 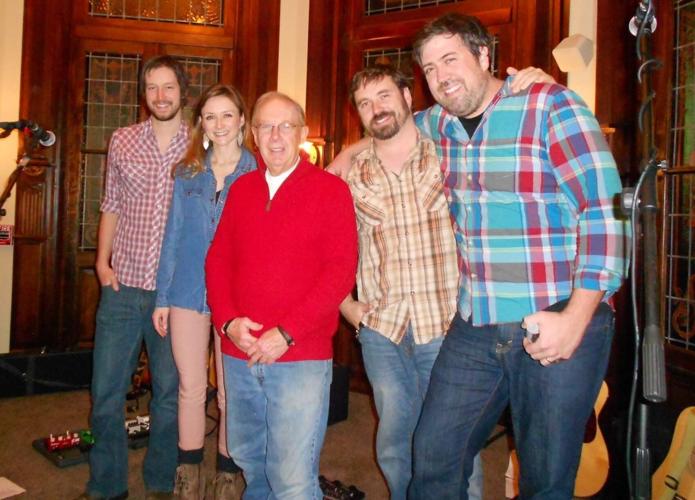 An entrepreneurial sort since his teens, Lou Reichert’s vision of opening an intimate live-music venue in Tuckerton, and presenting talented acts for an affordable fee year-round, came to fruition in 2014.

Created as a non-profit organization inside a converted late-19th century Victorian house, the Lizzie Rose Music Room fairly quickly became a hot spot for catching both up-and-coming and well-established acts that spanned a variety of music genres.

The roughly 70-seat venue, which goes by the mantra “Where every seat is the best seat in the house,” has been staffed by an all-volunteer crew overseen by Reichert and his wife since its inception, making do mainly through modest corporate sponsorships, reasonably priced ticket sales, donations and annual memberships.

“This place was a restaurant that had gone out of business and was vacant at the time, so around 2013 I approached the building’s owner with the idea of opening it as a live-music room,” says Reichert. “He basically shrugged and said ‘Go ahead and try.’ As things unfolded and continued to grow, we could tell he was very happy with what we were doing. Then of course, in March of 2020, everything literally collapsed.”

As with almost everything else in 2020, the Lizzie Rose crusade came to a grinding halt during the pandemic. True to his enterprising spirit, Reichert moved his shows outdoors to a nearby campground and summertime/fair weather format in 2021, and continued what was dubbed the Pavilion in the Pines music series this past summer.

The pining to bring the series back to its original cozy home never waned, however, and through the help of many local music lovers and a GoFundMe campaign, the Lizzie Rose Music Room returned to its 217 East Main Street address in the heart of Tuckerton. Enough funds were raised to resume the series, and new shows have been scheduled as far ahead as June 2023, but the GoFundMe campaign was extended to meet additional needs and to improve operations.

“We got back the use of music room in October and we’re very happy to be back here,” Reichert says. “We got $8,000 and we needed every penny of that between building the sound booth and a new stage, upgrading our electrical system, and all the other expenses that were important to better providing for our artists and audiences.

“We do have a lot of additional expenses to help us move forward, and what the GoFundMe is focused on right now is to upgrade our lighting system and help us transition from the age of analog into digital. So we plan to do an ongoing GoFundMe campaign, we’re reactivating our membership base on three distinct levels starting at $50 annually, and we’re looking for more corporate sponsorships.

“We’re not here to make a profit,” Reichert stresses. “Our mission has always been to give our audiences and artists an up-close-and-personal music experience they can’t get anywhere else.”

Reichert, who turns 79 in March, has had a passion for delivering first-rate entertainment to the masses since he was a young man spending his summers on Long Beach Island. He began as a teenage DJ running summer dance parties at the Surf City Firehouse, then got the idea to extend the party past Labor Day weekend.

“This was many, many years ago, when I was maybe 20 or 21 years old,” he says. “I went to my dad with this idea, and he spoke with the owner of Bill’s Skating Rink in Manahawkin, which is not there anymore, about doing dances on Saturday nights. He said yes, as long as he could keep the concession money, and we started to do shows.

“We wound up bringing in many of the big names of the day (in the early to mid-1960s), like Hank Ballard and the Midnighters, the Flamingos, Randy and the Rainbows, Patti LaBelle and the Bluebelles, the Bobbettes, the Duprees. The Jive Five played their hit song for us, ‘I’m a Happy Man.’ We had a house band who backed up all the artists. We had a wonderful summer of shows, some nights in excess of 1,000 people per show.”

When that enterprise ended, Reichert partnered with the Atlantic Film Society to offer classic and avant-garde movies at places such as Gordon’s Alley in Atlantic City, the local community college’s Walter E. Edge Auditorium (named after the 36th governor of New Jersey, and the founder of what would become the Press of Atlantic City) and the Gateway Playhouse in Somers Point.

“I’ve always been somewhat of a Bill Graham sort (the famed impresario and rock-concert promoter),” Reichert adds. “I like putting on a show. I like people coming in and listening to live music or seeing a film, and leaving and saying ‘Wow, that was great. Keep up the good work.’”

A big fan of the blues

Creation of the Lizzie Rose Music Room was born out of Reichert’s passion for blues music. Many of the acts that play the room are rooted in that genre, such as the three performing this weekend: the Brooklyn-born Regina Bonelli, a member of the New York Blues Hall of Fame, on Nov. 18; a quartet called the Outcrops that plays what they call blues-infused rock (Nov. 19); and the Jenny Barnes Band, a Brick Township-based trio that plays soulful blues rock (Nov. 20).

“I was always a fan of the blues, and many of the acts I book were artists being booked by two or three agencies that only handled blues artists,” Reichert says. “We went to these guys and laid out what we were doing as far as the music room.

“As long as these artists were on tour, and let’s say already scheduled to perform at a big venue in New York City or a place like the Rams Head On Stage in Annapolis, we’d ask if they might give us an off night, maybe in middle of week, for a discounted price. Many agreed, and some were even willing to come in and play on a Friday or Saturday night for a reasonable amount of compensation, if they weren’t already booked elsewhere.”

The Lizzie Rose has managed to snare some pretty big names in the blues world in this manner, among them Roomful of Blues, Tommy Castro and the Painkillers, Duke Robillard, Kim Wilson of the Fabulous Thunderbirds, and many others. Rising stars such as Vanessa Collier, Victor Wainwright and Selwyn Birchwood have played at Lizzie Rose multiple times, the latter having had a PBS special of himself filmed there in 2017.

In many cases, individual artists with big-name recognition will assemble makeshift bands from musicians they just happen to know in the area, and perform as the lead behind them. Such was the case when Michael Allman, son of the late Gregg Allman of Allman Brothers fame, headlined a Lizzie Rose event.

“Michael Allman lives in Florida but he’d cull together a bunch of local musicians he knew in New Jersey who were familiar with his music, and they’d put on a show,” Reichert says. “Professor Louie and the Woodstock Horns (who played Lizzie Rose on Nov. 12) is a prime example of this too. Professor Louie (a former longstanding associate of roots-rock legend The Band) lives in Woodstock, New York, but the Woodstock Horns are just a bunch of guys he knows from this area. He was here with his own band (the Crowmatix) in the past too.”

Reichert says the success of the Lizzie Rose Music Room has hinged not only on financial support, but on a loyal volunteer base that currently includessponsorship and house manager Ian, hospitality coordinator Dan, stage manager Tom, booking assistant Jo Ann, housekeeper Jeanie and publicity director Gwen.

“I love being able to do this and giving people an enjoyable experience at a reasonable price,” he says. “But it doesn’t happen without a lot of support.”

WHEN: Most shows are Friday and Saturday evenings. Click the Concerts link at LizzieRoseMusic.com for an extended schedule. Also see their Facebook page at Facebook.com/TuckertonLiveMusic for updates.

HOW MUCH: Ticket prices vary. Most are $23 to $40 in advance and $5 more at the door. Click the Tickets link at LizzeRoseMusic.com to purchase advance tickets.

MORE INFO: To contribute to the GoFundMe campaign, click the link on the home page of LizzieRoseMusic.com or go to: Tinyurl.com/3tsd7mpd

Sagittarius season is a time to get out of our comfort zones and explore new horizons. This week, be curious like a child and find new adventures.

5 Places to Party on Thanksgiving Eve

It is officially Sagittarius season! This is a dynamic season to expand your mind, tune into your passions, and cherish life’s pleasures.

When goofs at games happen, a little luck can go a long way

In the spring, I wrote about Brady, a Deuces Wild video poker player who had a brain cramp.

Average results need boost for profit on craps bet on 12

The Lizzie Rose Music Room fell on hard times during the pandemic and was forced to shut its doors for two years. But now concerts in the iconic building are back with a full lineup of acts scheduled to perform.

Blues guitarist Selwyn Birchwood and his band have performed at the Lizzie Rose Music Room several times in the past, and are scheduled to return April 19.