The Hooters will come to the Appel Farm on Saturday for their only 2021 appearance in the United States. 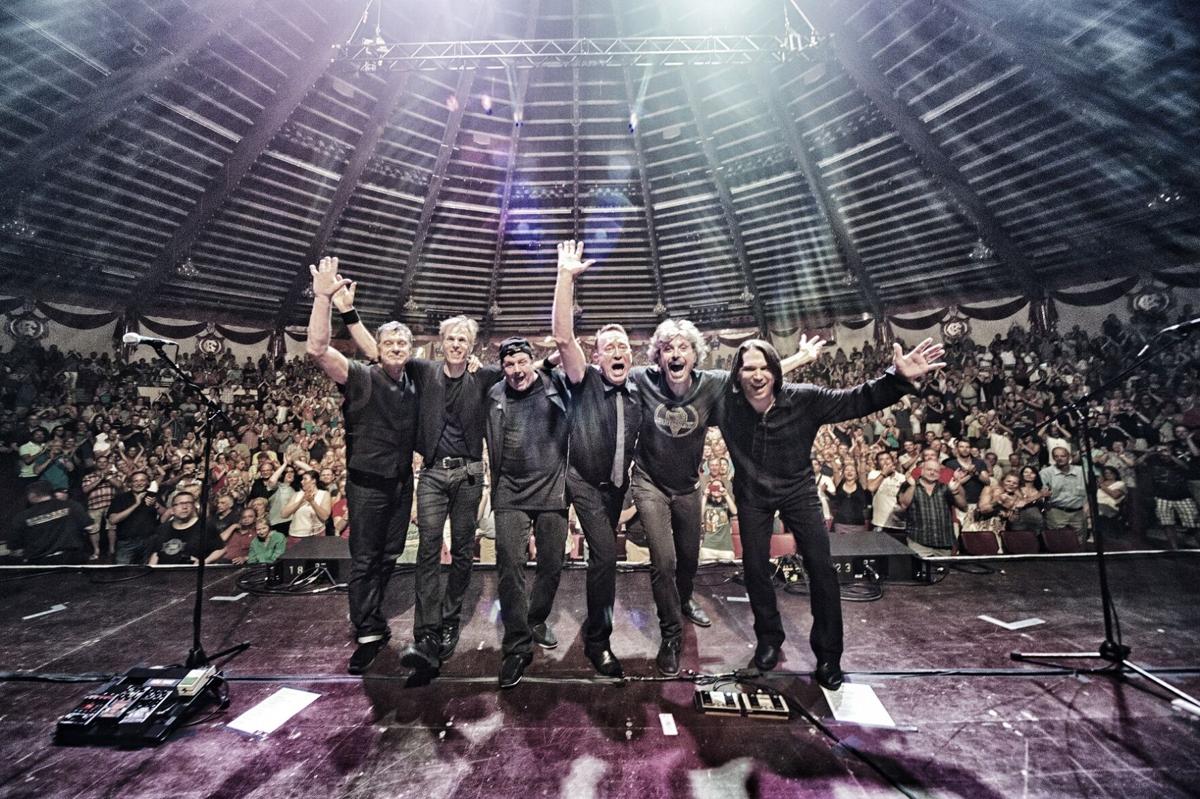 Back in the ’80s, in the days when MTV actually played music videos, bands were popping up all over the place. Local heroes like Bruce Springsteen and Bon Jovi were major players at the time, with videos in constant rotation, but there was another local act making its own sizable mark on both MTV and radio, and that was The Hooters.

This Philly-based band combined elements of rock, ska, reggae and folk to create its own form of pop music. They scored hits with “All You Zombies,” “Day By Day” and “And We Danced” and also managed to make history as the first band to hit the stage at Live Aid in 1985.

And at 3 p.m. Saturday, Aug. 14, they come to Appel Farm for their only area appearance in 2021. We spoke with keyboardist and founding member Rob Hyman in advance of the show about the old days, the new days and the state of rock music today. Here’s what he had to say:

RYAN LOUGHLIN: The Hooters use some interesting instrumentation in your music. How did the idea for the sound of The Hooters come about?

ROB HYMAN: We had all been in so many different kinds of bands before forming The Hooters. And I have always been really into reggae and ska and Jamaican music, so that was an element. I remember when I first heard The Police and I said, “That’s what WE should be doing!”

But it’s all about our influences; it’s just a combination of stuff we all like. So, we put together those elements and Eric (Bazilion) found the melodica and a mandolin, and I picked up an accordion, which I never thought was the coolest thing, but now I love it! It was just about exploring new flavors: We already had the bass and guitars and drums and vocal,s and then it was about, “OK, what else can we add?”

RL: The Hooters haven’t put out an album of new material in quite a while. Did you lose interest in writing for that project?

RH: Now that’s a deep question! I think what happens is that when we come off the road, we all scatter. In fact, my songwriting partner Eric Bazilian has lived in Sweden for a while now. He used to go back and forth between here and there, but then COVID hit, and he has basically been there for the most part ever since. And we are the nucleus of the band’s songwriting, and we both pursued other projects. We wear various hats, and the Hooter hats have not been on for a while. Hopefully, when we get together for these upcoming shows, there will be a spark, and we will start thinking about writing again. I think it’s definitely overdue, but it’s gotta be good … that’s the bottom line.

RL: Were you able to play any shows during COVID?

RL: Is there something special about coming back home and performing in the Philly/Jersey area?

RH: Absolutely. It’s a homecoming always, and this will be our first and only Jersey show this summer. We have been off, so we’ll dust off the lyrics and the instruments and get up there. And I think for the band and the fans alike it will be a real homecoming. This is home, and it’s always special.

RL: You appeared at Live Aid. At the time did it feel like you were involved in something that would be remembered for years to come? Did it feel momentous?

RH: Yes! It rocked our world and changed our lives. We were just getting launched at the time in 1985, even though we had been together for five years already. They wanted a Philly band on the bill, and we were THE band at the time. We walked on the stage, and even at 9 a.m. it was packed, and it was hot. It was monumental on every level.

RL: Does it surprise you that there aren’t large numbers of really big rock bands out right now the way there was back in the ’80s?

RH: I guess things go in cycles. It does surprise me, to be honest. There are some groups that are big, but it doesn’t feel the same, and I’m not sure if it’s just the era or the timing or what. From the ’60s through the ’80s and ’90s, rock ruled, and now that’s changed. Tastes and flavors always change I guess. But back then we had such great bands from The Beatles to The Stones to The Who and Zeppelin … classic rock. It’s called “classic” for a reason, and I’m not sure what the classic rock from this generation will be, but I hope there is some.

5 reasons to head to Piggin’ Out on Tennessee Avenue

If you’re of the mind that bacon is the greatest thing ever to be had on this planet — and honestly, who isn’t? — then you’ll want to prepare …

The Hooters will come to the Appel Farm on Saturday for their only 2021 appearance in the United States.