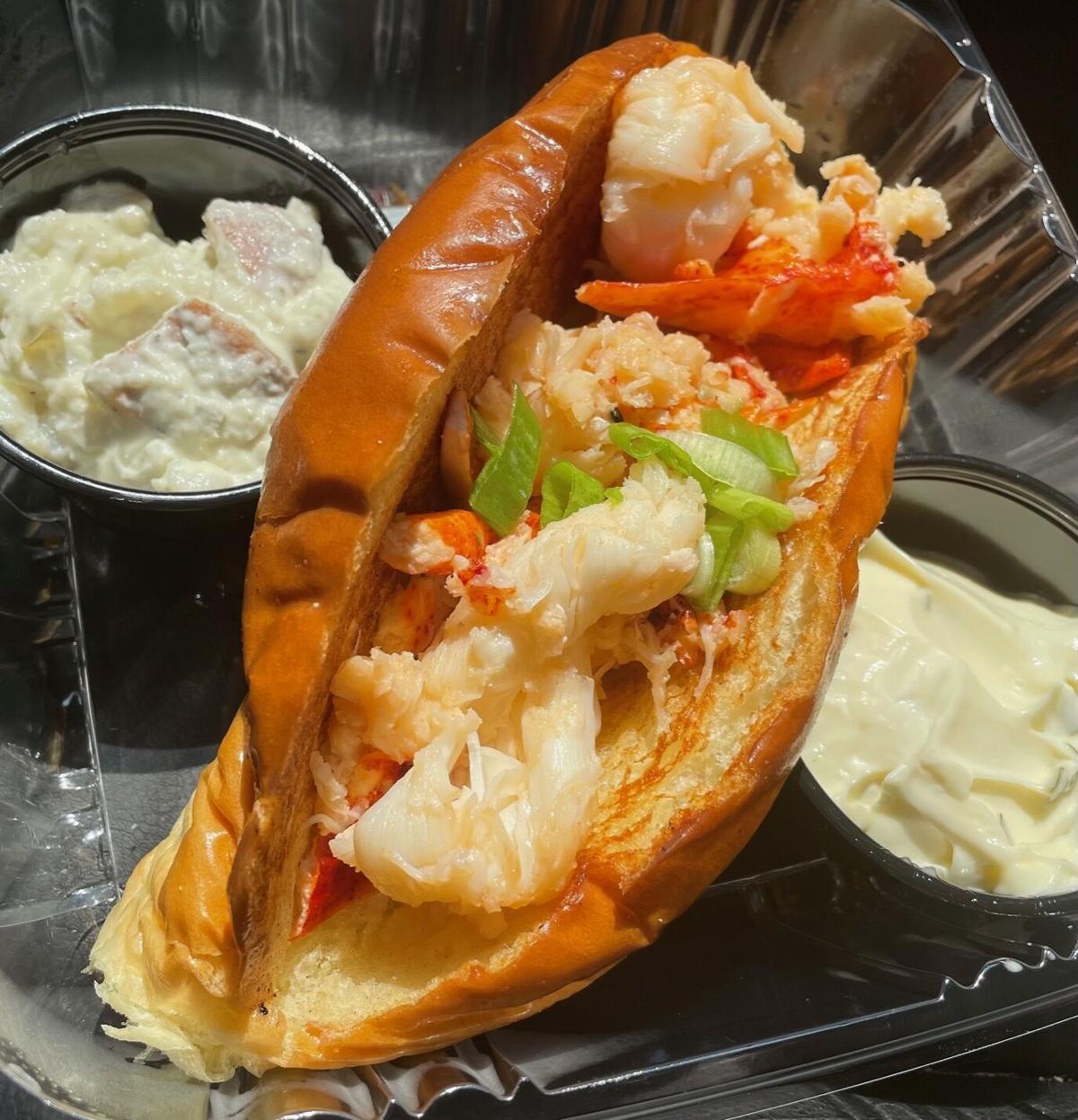 The Acadia at Water Dog Smoke House is easily one of the best sandwiches in all of South Jersey, but the Kahuna Tuna is no slouch either. 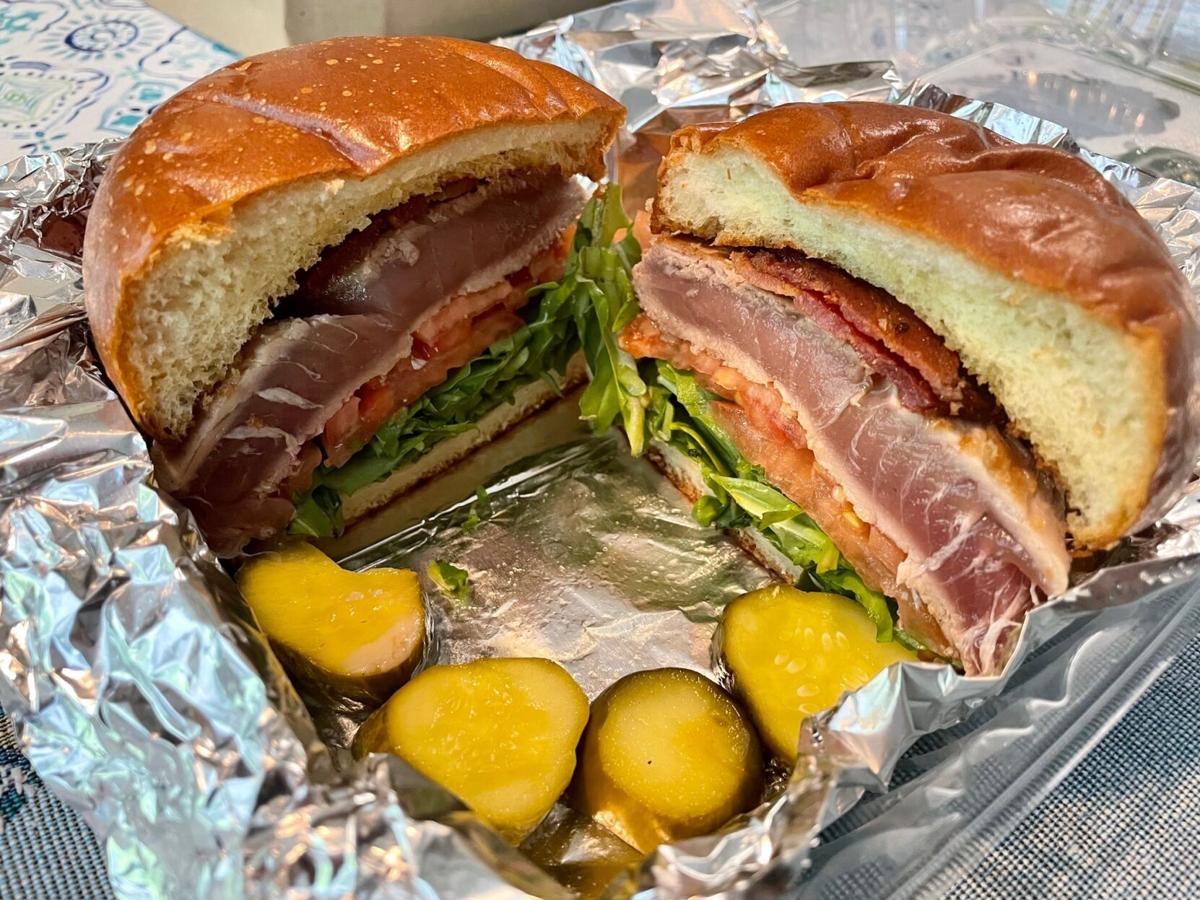 Generally, I like to limit the restaurants I visit for Shackin’ Up to strictly seafood shacks. But, over the last year or so, I kept hearing various trustworthy sources going on and on raving about a specific sandwich from a specific restaurant: “The Acadia,” which is the fancy name for the lobster roll at Water Dog Smoke House in Ventnor.

When a recent Facebook post from local musician and self-declared sandwich enthusiast Charlie Wigo described it as “without a doubt, the BEST sandwich I have ever eaten,” I had to drop everything and try it.

While I was there I grabbed a few other seafood items, and each were so good that I decided to make Water Dog Smoke House the focus of Shackin’ Up for this week. No, Water Dog is not a seafood shack, and frankly it’s more of a specialty deli than anything else, but I don’t care. We’re going rogue. Deal with it.

What I gotThe Acadia: I have a mixed relationship with lobster rolls. Generally speaking, I prefer the Connecticut style, which is served hot and usually comes drenched in clarified butter and loaded onto a griddled hot dog bun with a simple lemon wedge on the side to add a touch of optional acidity. Although I am a huge fan of mayo, I don’t care much for the more common Maine style, which is more like a cold lobster salad with celery and mayo.

The Acadia manages to not be fully representative of either style, while combining the best elements from each. Water Dog kicks things off boldly by bucking tradition and forgoing the hot dog bun altogether, instead opting for a truly fantastic torpedo-shaped brioche roll. Sweet and indulgent all by itself, I swear you could make a sandwich out of floor tiles and it would taste fairly decent as long as you put it on one of these and seasoned it a bit.

From there they add an entire lobster’s worth of meat, coated Connecticut-style with clarified butter and topped with a few chopped scallions and a side of tarragon aioli — a brilliant move that enables you to add that creamy factor into it at your own discretion without it turning into a glorified crustacean version of a chicken salad sandwich.

When all of the elements come together, The Acadia is utterly majestic. The lobster? Absolutely succulent, a star of the show, its natural sweetness effortlessly ballroom dancing with the saltiness of the butter, while the brioche, chopped scallions and tarragon aioli add subtle bursts of texture and taste, greatly distinguishing it from just about any other lobster roll you may have tried.

Wigo wasn’t crazy declaring it the best sandwich he has ever eaten. It’s definitely up there for me, as well.

Kahuna Tuna: Though nothing would be able to top the Acadia, the Kahuna Tuna was another solid hit for the Water Dog sandwich lineup. Seared sushi-grade yellowfin tuna gets topped with bacon, tomato and arugula and served on a brioche bun with a Thai chili sauce.

Again, the little details are what push things to the next level. While this is essentially a dressed-up BLT with a tuna steak on top, the brilliance lies in the subtleties. Subbing out the always flavorless iceberg lettuce for arugula offers a change in texture and brings a bright, peppery flavor to the table that no head of lettuce can compete with. The Thai chili sauce was a nice touch, adding sweet and heat, but I could have used just a bit more of it. The tuna itself was perfectly seared to a delightful medium rare, boasting a meaty, almost beef-like texture, with its mild flavor playing the perfect counter to the smoky boldness of the bacon. And just for the heck of it they threw in a few spicy pickles on the side, which were an addictive and totally unexpected bonus.

Don’t skip this one. In fact, if you are going with a friend, the smart move is to order one of these and an Acadia and to go halvesies on each of them. It’ll be the best lunch you have had in a long time.

Whitefish salad: I am embarrassed to say that for years I never bothered with whitefish salad. It wasn’t something that appealed to me, or that I even ran into all that often, and thus I dismissed it wholly. Water Dog has helped me see the error of my ways. Their whitefish salad is a salty/smoky delight, a sophisticated blending of flavors that tasted all but perfect when spread upon a cracker or bagel. I can’t believe I turned my nose up on this for so many years. Those days are done.

Sweet confectionery at the boardwalks of the Jersey Shore

I’m not going to say that nobody eats fudge in the dead of winter, but the overwhelming presence of this sweet confectionery at the boardwalks…

The Acadia at Water Dog Smoke House is easily one of the best sandwiches in all of South Jersey, but the Kahuna Tuna is no slouch either.