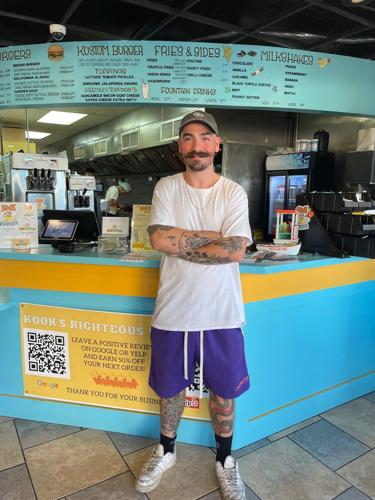 Chef and co-owner Price Morhalo is the mastermind behind the incredible burgers at Kook Burger. 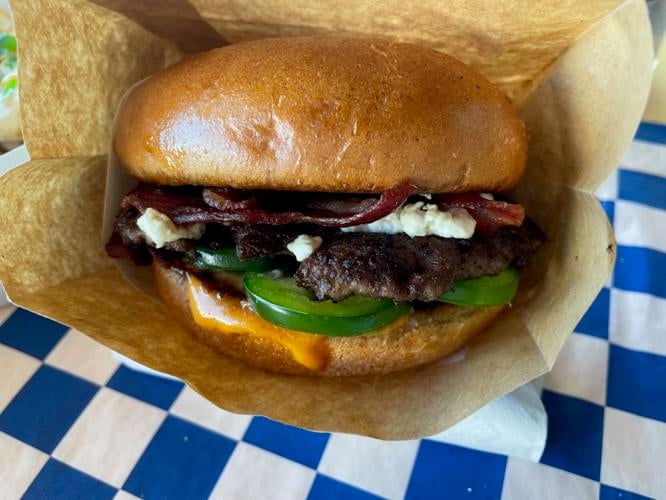 A 4-ounce burger patty topped with bacon, jalapenos, goat cheese and sriracha mayo on a brioche bun, the Broski Burger is the most popular item on the menu at Kook Burger. 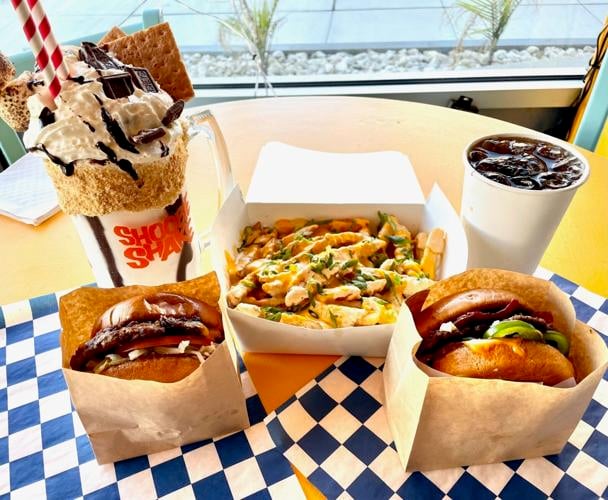 Burgers, fries and shakes are what it's all about at Kook Burger. 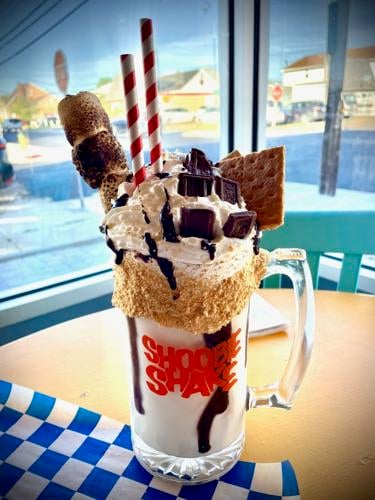 Any of the Shoobie Shakes at Kook Burger make for an incredible sight to behold.

We seem to be in the midst of a sort of golden age for burgers. Not that long ago, burger options at restaurants were mostly limited to the standard lineup of fast food spots like McDonalds, Burger King and White Castle, along with late-night diners and maybe the local bar and grill. And few of them actually made much effort to create something particularly exciting or worth coming back for.

But in the last 10 years or so, American consumers have started to demand more from their burger joints. They now pay attention to things like high-quality meats and artisan buns and seek out spots that serve them. This has led to a rise concepts like gastropubs and gourmet fast casual spots that specialize in putting out much better burgers than those from years gone by.

One such spot that just opened up recently is Kook Burger in Brigantine. This small but mighty fast-casual burger joint opened its doors back in March, and, since then, has gained a strong buzz in South Jersey, thanks to some tremendous burgers, shakes and fries, all of which are the creations of Chef Price Morhalo, a Canadian transplant who co-owns Kook Burger with his business partner Braeden Anderson.

How Kook came to beMorhalo grew up in Alberta, Canada and his love for the kitchen and everything that came out of it stared at a young age.

“I had a passion for food and cooking ever since I was a little kid,” he remembers. “My mom used to pack me lunches and send me off to school and she said that when I came home I would always talk about the food – what was good and if I had traded for any tasty items that day.”

After spending much time in his mom’s kitchen learning the basics of cooking, he began work in the restaurant biz when he was just 14 years-old.

“My first job was at a fast food restaurant. I learned some techniques there and then moved on to higher class restaurants with a lot more responsibilities. But I never really thought I would open my own restaurant. It was a fantasy of mine, of course, but I never actually thought I could make it happen,” he says.

After years of working in the industry, Morhalo had actually stepped away from the restaurant business and was working in film and television when Anderson contacted him about an opportunity here in New Jersey.

“I got a call from Braeden, and he told me he was opening up a coffee shop in a town that I had never heard of called Brigantine, NJ. He asked me if I wanted to come check the place out for the grand opening, and so I did. There was a vacant restaurant next door and we started talking about what might work in that space and we settled on a burger restaurant, because it’s really a no brainer. So I wrote up a menu, moved down here from Vancouver and we made it happen.”

The foodAs you might expect, Kook Burger specializes in burgers. Their style is of the smash burger variety, which means that the ground beef patty – an 80/20 blend — gets smashed on the grill till thin, forming a glorious crust of tasty char on the outside. Kook offers burgers in single or double stacks.

“I was always the burger guy,” Morhalo says. “I started making my own patties and my own sauces and whenever my friends would come over in the summertime I was always grilling. I always loved playing around with burgers because the possibilities are endless.”

Some of those possibilities at Kook Burger include the Plain Joe –which is your basic 4-ounce burger patty topped with cheddar cheese; The Local, which starts with a burger patty that gets topped with bacon, cheddar, BBQ sauce and mayo; or the most popular burger on the menu, The Broski Burger, which stacks bacon, jalapenos, goat cheese and sriracha mayo on top of a burger patty for a glorious (and somewhat gluttonous) meal. Patrons can also customize any burger till their heart’s content with a variety of toppings and sauces. All burgers get served on a soft and mildly sweet brioche bun.

“I think the brioche bun is the perfect texture for a burger. It’s fluffy, it’s packed with flavor and it offers a good cushion that you can’t get from a potato roll or a classic white bread-style bun,” Morhalo notes.

There are some great sides available as well like onion rings and several variants of french fries, including the famous Canadian dish poutine and something known as Kooky Fries, which feature cheese sauce, scallions and “Kook sauce” a secret creation of Morhalo’s that might remind you of a certain special sauce from McDonald’s – but with a spicy kick.

The shakesLike any great burger place, Kooks also specializes in tasty milkshakes. They have a long list of sweet and tasty flavors, but if you really want to take things to the next level you have to order one of their signature Shoobie Shakes, which come in their very own one-liter glass mugs and are topped with all kinds of wild and “kooky” toppings. They are pricey at $30 each, but the glass is yours to keep, and they really are a lot of fun.

Guests can pick from six options including the Sunburnt Berry, a strawberry cheesecake milkshake rimmed with cream cheese icing and graham cracker crumbs topped with whipped cream and a full slice of strawberry cheesecake or the Even S’more Waves, a toasted marshmallow milkshake rimmed with fluff and graham crackers and topped with whipped cream, chocolate drizzle and a s’more.

Menu additionsRight now the menu at Kook Burger is heavily focused on burgers and shakes, but restaurants have a tendency to expand their offerings over time. According to Morhalo, that’s not in his plan though.

“When you start to overcomplicate your menu, that’s when you start to lose a little bit of quality,” he says. “It’s hard to keep up the quality when you have 50 different menu items. And a lot of restaurants make that mistake. My philosophy is to keep it simple and focus on serving a great product.”

Though keeping the menu streamlined is the goal, Morhalo does have plans for at least one addition.

The futureThough they only have one location right now, Morhalo hopes to take Kook Burger far beyond Brigantine.

“The plan from the start has been to franchise. But we don’t want to franchise too early, because that’s how you end up losing money. But we plan on opening a few more around South Jersey. We are looking at Ocean City, we are looking at Long Branch and even New York City as an idea. This location in Brigantine is the first, but there are definitely more Kook Burgers to come!”

Borgata Hotel Casino & Spa once housed as many as four restaurants featuring the talents of Iron Chefs. The Food Network-enhanced name rec…

On a Roll … at Vagabond EHT

On a lovely Friday afternoon with the sun shining brightly, I decided to pop over to enjoy a late lunch at Vagabond EHT. Situated just beyond …

Chef and co-owner Price Morhalo is the mastermind behind the incredible burgers at Kook Burger.

A 4-ounce burger patty topped with bacon, jalapenos, goat cheese and sriracha mayo on a brioche bun, the Broski Burger is the most popular item on the menu at Kook Burger.

Burgers, fries and shakes are what it's all about at Kook Burger.

Any of the Shoobie Shakes at Kook Burger make for an incredible sight to behold.