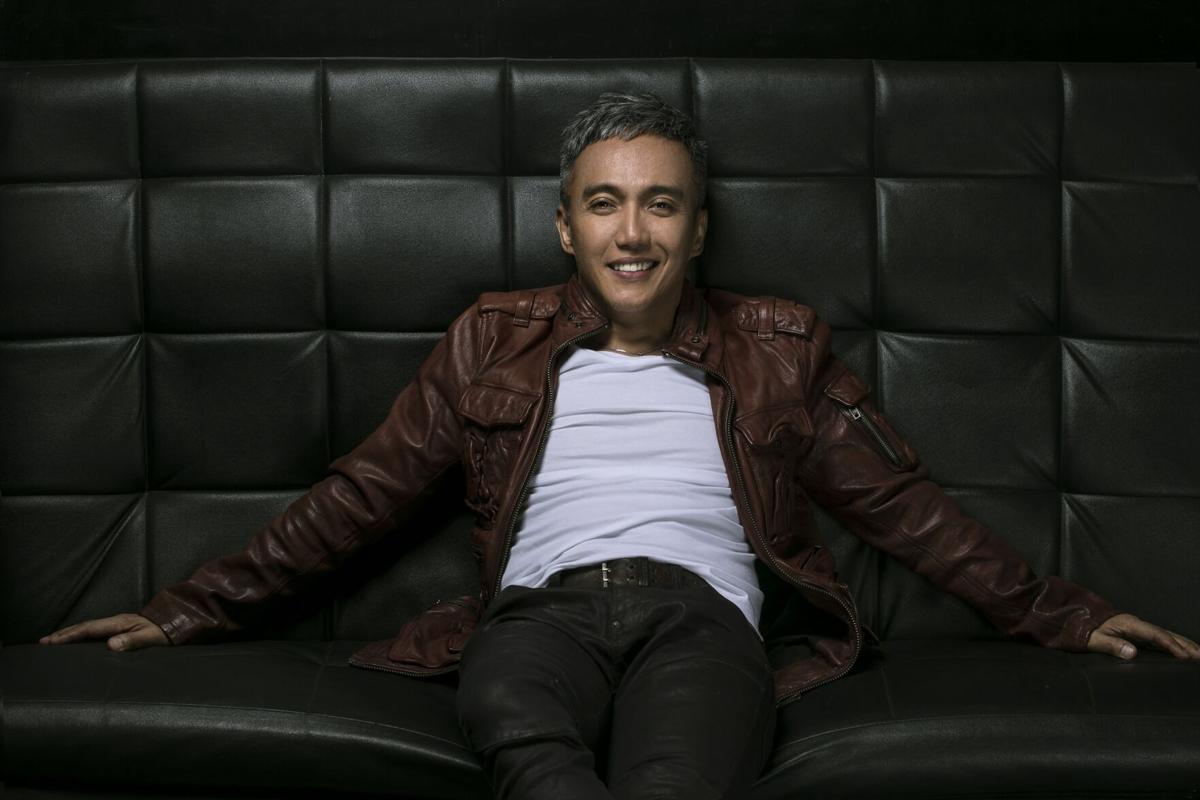 Vocalist Arnel Pineda usually mans the stage as the lead singer for the legendary arena-rock band Journey, but this Saturday he brings his solo show to Bally’s Atlantic City. 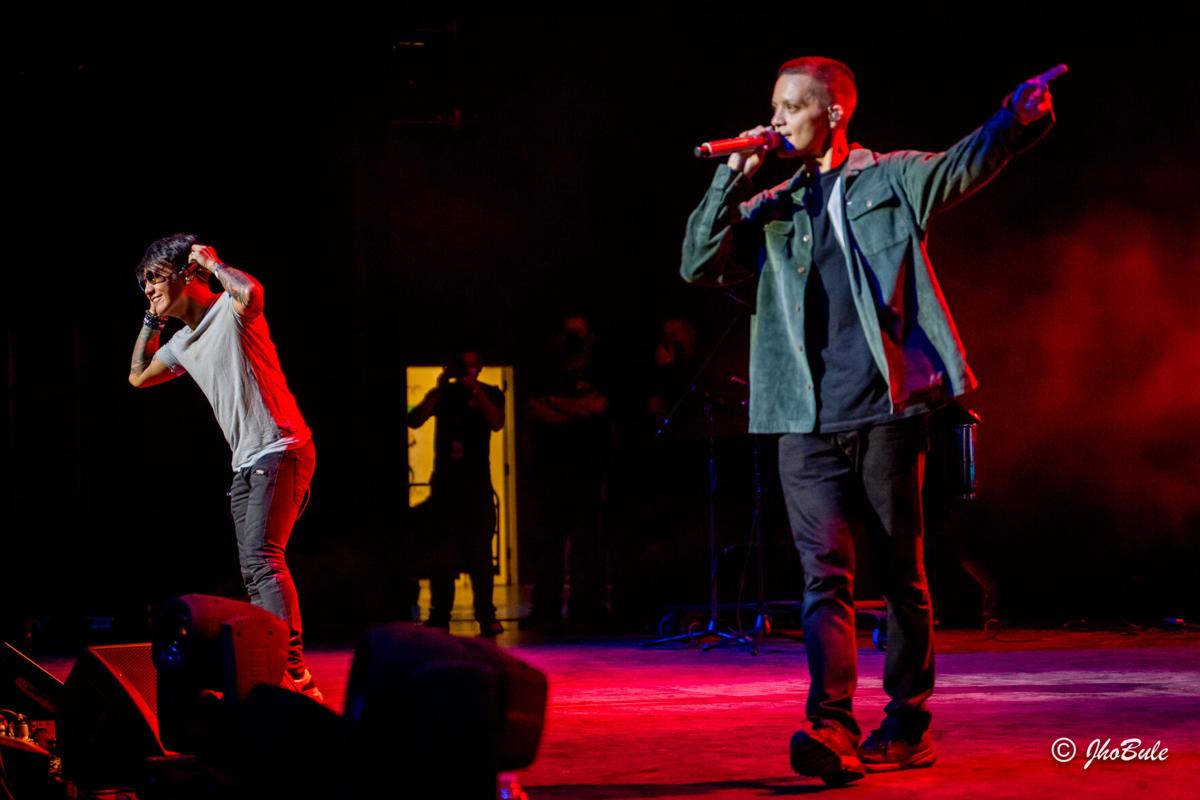 Pineda will share the stage with fellow OPM star Bamboo. 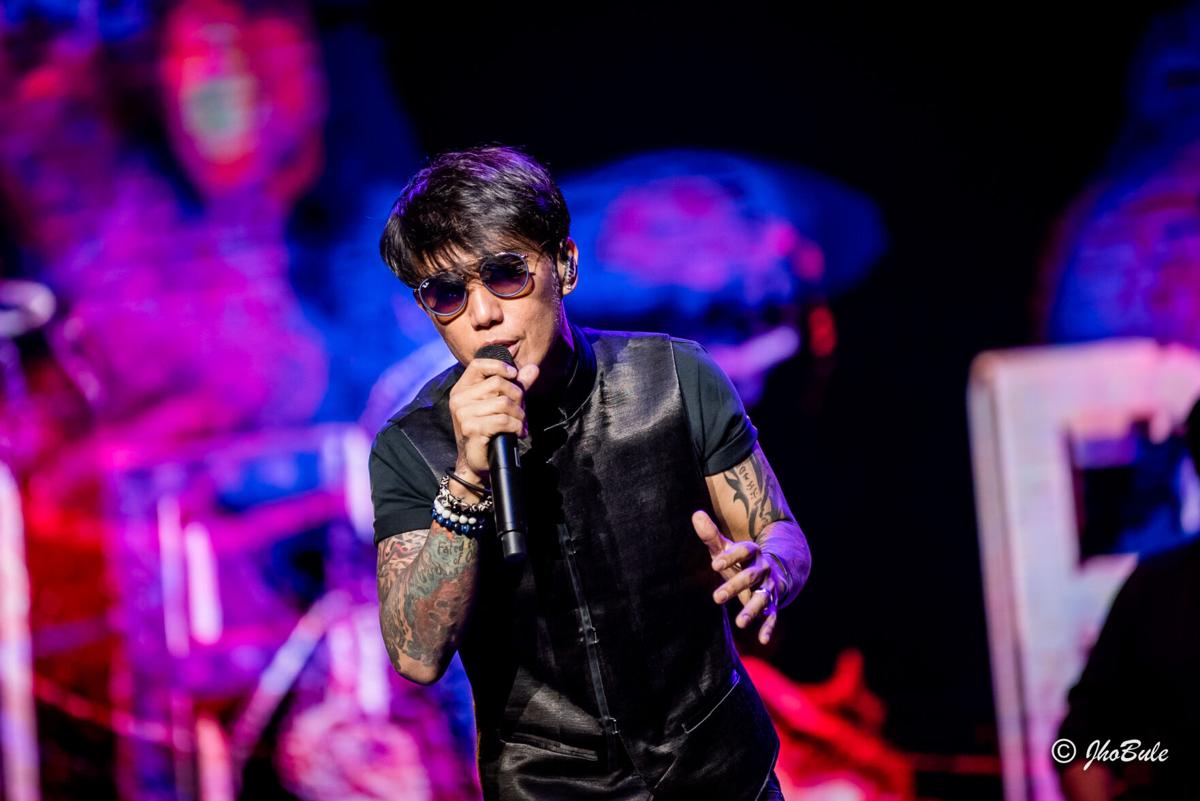 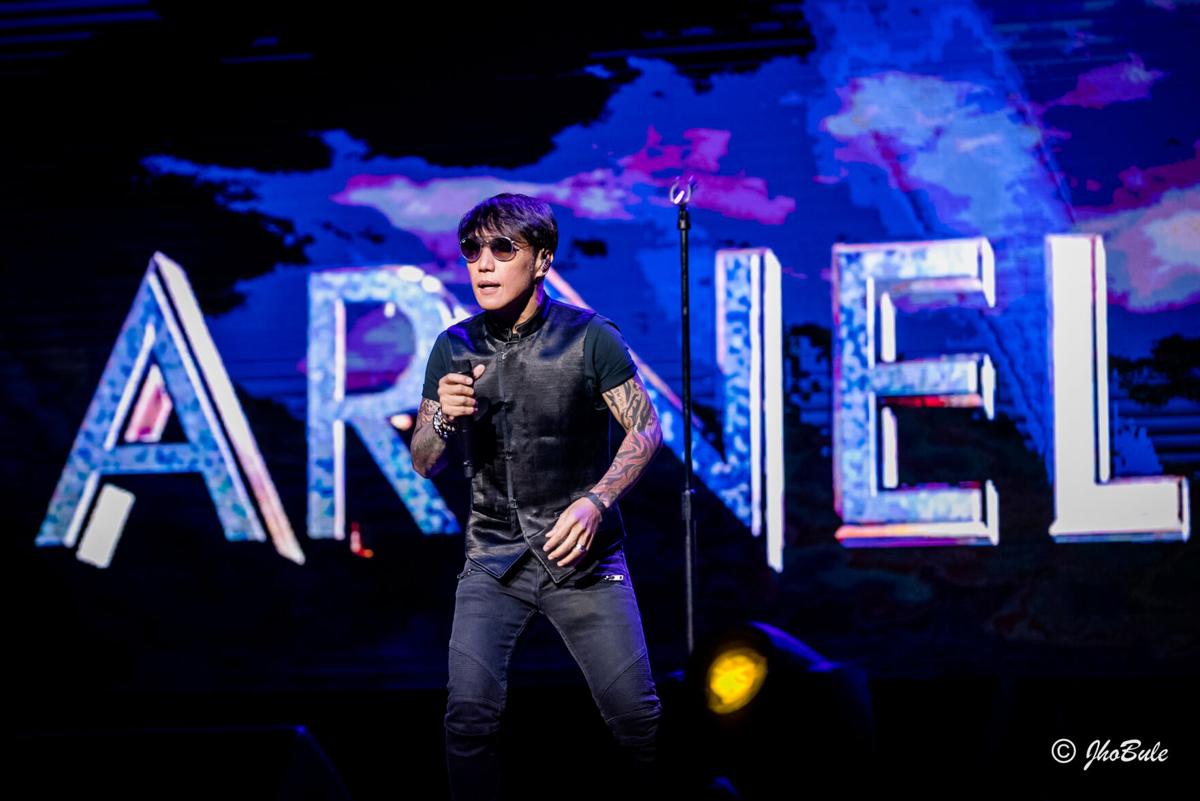 ‘Don’t Stop Believin’” is the title of one of Journey’s most famous songs, but it may as well be the theme song for their current singer Arnel Pineda, who comes to Bally’s Atlantic City for a solo show alongside co-headliner and Filipino singer Bamboo 7 p.m. Saturday, Oct. 9, at Bally’s Atlantic City.

The journey to JourneyWhen Pineda was just a young boy growing up in the Philippines, achieving worldwide rock stardom seemed all but impossible. Although he always had the desire to become a famous singer, his ambitions didn’t expand much beyond his native land. And the idea of taking over lead vocal duties for one of the biggest bands of all time? Not possible. Or so he thought …

“Never in my entire lifetime,” says Pineda, when asked if he ever considered that he might achieve such stardom. “I did dream though that I’d be recognized as one of the OPM (Original Pilipino Music) greats in the Philippines,” he says.

That dream wasn’t just a fantasy either. He did manage to achieve some level of success in his home country as the frontman in several rock bands in the ’80s, ’90s and early-2000s including Amo and The Zoo, and also recorded albums as a solo artist. But it wasn’t until a stroke of incredible luck in 2007 which led to him becoming the lead singer for the band Journey that his life changed completely.

Journey guitarist Neil Schon had seen a number of YouTube clips of Pineda performing Journey songs and reached out over email with an offer for Pineda to audition to be the band’s new singer, after several attempts to find a proper and permanent replacement for ex-vocalist Steve Perry had failed. After a few tough auditions, Pineda landed the gig and has been with the band ever since, providing an energetic stage presence as well as nailing the notoriously hard-to-sing vocal parts that were Perry’s trademark.

What’s more impressive is that, according to Pineda, he only channels the Perry vocal style when performing Journey songs. Although many would describe him as being a sound-alike to Perry, he humbly disagrees.

“We all know that no one could ever pull that off,” he says.

The solo showLike most musicians, the arrival of the pandemic sidelined a lot of plans for Pineda, among them a new solo album and plans for touring. But since restrictions have eased up, Pineda was able to put together a live show and head out on the road for a bit.

A live performance from Pineda plays like a jukebox of the singer’s favorite musical influences, combining covers and a few of his original songs, as well. But even though Pineda has two solo albums under his belt and is working on a third, he is careful about putting too much of his own work in the show.

“Even if I wanted to, I do not have as many hits as the other OPM artists have. So (at the Bally’s show) I might just try a couple (original songs) for the sake of at least introducing my original work outside of Journey territory,” he says.

So what will fans get to hear? The setlist is anyone’s guess but may include popular covers from an array of artists such as Queen, Bon Jovi, Rush, Led Zeppelin and Tears For Fears, all of which are among the many influences of Pineda.

“The Beatles, Led Zeppelin, Deep Purple, Sting, The Police, Heart, U2, Journey and so many more — like any other music lover and enthusiast — they are my preferred heart-and-soul movers. (I have) lots of amazing and not-so-amazing memories that come along with growing up and growing old with those great bands,” he says.

Fans will also have the chance to see him and Bamboo share the stage for a few songs, each bringing their unique vocal style.

The Journey continuesThough Pineda enjoys his work as a solo artist, his job in Journey remains his main focus. And despite splitting with founding bassist Ross Valory and longtime drummer Steve Smith in March 2020, the band has regrouped and is finishing recording a new album. Fans got a taste of what’s to come back in June with the release of the single “The Way We Used to Be,” a passionate rocker dealing with the concept of the pandemic and its effect on the personal lives of everyone. Pineda’s vocal on the track is something of a departure from the Perry style, while still keeping the overall feel intact.

So when will we see the release of the yet unnamed new album? And will it be any good?

Guitarist Neil Schon answered both of those questions — even comparing the new record to their most classic release, 1981’s “Escape” — in a recent interview with Blabbermouth.net, saying, “If it doesn’t drop later this year or before the first (of 2022), I think some time after the first. But I believe that if we do not release this year, then we’ll probably follow with another couple of singles to keep people going and get them excited about the whole album. But the whole album, there’s not a filler on the record; that’s what I can tell you. I look at it, and I’m listening to it now, and many others that have known our music for a long time that have very good ears have said, ‘Look, this is the modern-day-and-age ‘Escape’. I think this could be the next ‘Escape’ for you guys.’ And I think that’s a bold statement, but honest to God, I feel like it’s that good.”

How much: Tickets, priced at $98 and $128, can be purchased at Bally’s box office and Ticketweb.com

The curtain rises again at Bally’s

One of the most unique aspects of Pineda’s show is its location — Bally’s Atlantic City. Though the casino has been a staple of the gambling scene in Atlantic City since opening its doors in 1979, they have not hosted big name concerts of any kind in more than 8 years. But now, thanks to a change in ownership and an overall shift in focus from the powers that be, the decision was made to bring back the headliners that have been so sorely missed for nearly a decade, adding the last piece of the nightlife puzzle to Bally’s. Their revue show "Motown Forever" just wrapped up a successful run earlier this month, setting the stage for larger headliners to return as well.

“Bally’s Atlantic City has a destination within our casino property and that is Dining on The Sixth, a dining and entertainment experience featuring new restaurants, bars, and nightlife, says Phil Juliano, Executive Vice President & Chief Marketing Officer at Bally's Corporation. “Live entertainment was an offering that was missing from our entertainment activities. We will continue to bring highly energized entertainment experiences that satisfy our gaming and retail customers.”

Vocalist Arnel Pineda usually mans the stage as the lead singer for the legendary arena-rock band Journey, but this Saturday he brings his solo show to Bally’s Atlantic City.

Pineda will share the stage with fellow OPM star Bamboo.