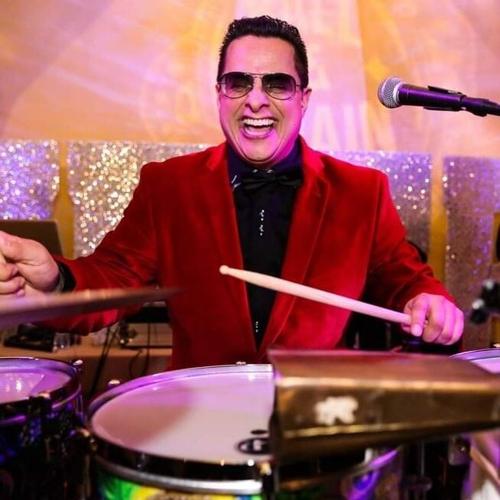 Tito Puente Jr. will perform the music made famous by his late father when he comes to the beach at Somers Point for a free concert 7 p.m. Wednesday, June 8. 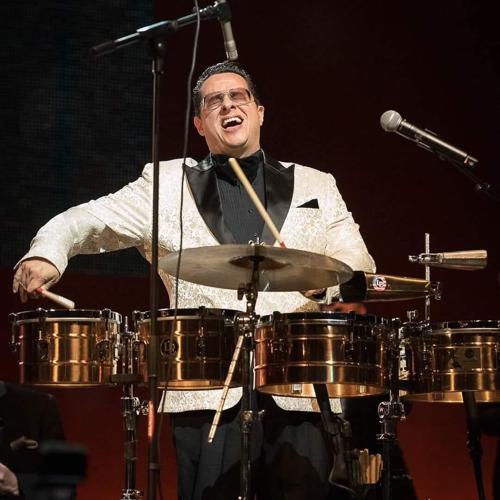 When it comes to salsa, mambo and Latin jazz as a whole, there is no bigger legend than the late Tito Puente. A native of Spanish Harlem and a master bandleader, pianist and percussionist, Puente rose to fame in the 1950s and help familiarize the world with the infectious rhythms of Afro-Cuban, Latin and Caribbean music. His signature song “Oye Como Va” was famously covered by the band Santana back in the late ’60s and is one of the most famous Latin songs ever recorded.

Puente passed away in 2000, but today his youngest son Tito Puente, Jr. keeps his legacy alive, performing much of the same music that his father made popular so many years ago. He comes to Somers Point for a live concert with his Latin Jazz Big Band as part of the South Jersey Jazz Society’s Spring Jazz Series 7 p.m. Wednesday, June 8, at William Morrow Beach in Somers Point.

We had a chance to chat with Puente about his musical inspirations, his upcoming show and what it’s like to be a performer with so much to live up to. Here’s what he had to say:

RYAN LOUGHLIN: Did you always want to be a musician when you were growing up, or was there ever a time where you wanted to do something that wouldn’t be so tied to your father’s legacy?

TITO PUENTE, JR.: My first inclination during high school was to become a mortician and go into the field of forensics. I studied forensic science and planned to go to school for that. I went to the local morgue and saw some dead bodies and everything. But then my father said, “Why would you want to do something like that when you can play music and bring joy to people?” And that turned my plans upside down, and I went back to being a full-fledged musician. But I did have a fascination with forensics, and I loved the technology and how we were advancing scientifically. And, at the time, I didn’t like mambo music! I liked rock music. I was always into heavy metal bands like Iron Maiden, Bon Jovi, Slayer and Metallica. Those were my bands back then, and my father didn’t understand that. But I got the chance to travel with him and learn about Latin music and the culture and history and what he brought to the table as a genius musician, composer and arranger.

RL: What inspires you musically?

TPJ: Something that my father taught me was: “Surround yourself with creative people and thus you will be creative.” I love the comradery of hanging out with other musicians, whether they are singers or play brass, percussion or whatever. That to me is the best thing in the world. I love surrounding myself with that, because just being around other musicians is where I find inspiration.

RL: Latin Jazz has been a popular fusion for some time. What makes those two genres meld so naturally?

TPJ: It’s the roots of it all. The fusion comes from two cultures (African and Latino) that both endured so much hardship and then had to deal with becoming Americanized, as well. And my dad was one of those people from that background. He grew up in Spanish Harlem, which is only two blocks from the black sections of Harlem, and he is probably one of the only Hispanics that has his face in the Apollo Theater. Puente means “bridge,” and my father was the bridge bringing two cultures together. Latin and jazz go together like ketchup and mustard on a New York City hot dog!

RL: Tell us about the show you have coming up on the beach in Somers Point– what can fans expect?

TPJ: I expect everybody to bring their dancing shoes! I’m going to take everyone on a journey of mambo music, of the five-decade career of my father and of the music of Tito Puente. It’s a great ride, from the start of his career all the way through his passing in 2000. I like to tell a few stories and teach everyone a little about mambo, too. And the show is built for dancing – I don’t have any ballads, so you’re not going to be sitting down!

RL: Has the shadow of your father’s fame and reputation been a blessing or something to overcome?

TPJ: Now that I am in my 50s, I have come to embrace who I am. I don’t have the white hair like my father, so I’m still considered a young buck! My father was considered the king of Latin music. I can never compare to the king. I just try and bring that Puente vibe because I am related to him. I love my father. He will always be the titan and one of the legendary icons of this genre. I just want everybody to come to the show and enjoy his music.

CONCERT REVIEW: The Black Crowes’ tear it up at their ‘Saturday night rock ’n’ roll show’ at Borgata

If you attended The Black Crowes show at Borgata Hotel Casino & Spa Saturday night, you might never guess there had ever been any bad bloo…

Are you a country music fan but couldn’t make it down to the big Barefoot Country Music Fest in Wildwood a few weeks ago? We have good news: R…

It’s fun to be amazed. Watching something that defies logic or the laws of physics is an incredible experience and this is the core of why the…

5 Questions with Stephen Pearcy: The Voice of Ratt

If there was a Mount Rushmore of ’80s metal singers, Stephen Pearcy of Ratt would likely be on it.

Tito Puente Jr. will perform the music made famous by his late father when he comes to the beach at Somers Point for a free concert 7 p.m. Wednesday, June 8.