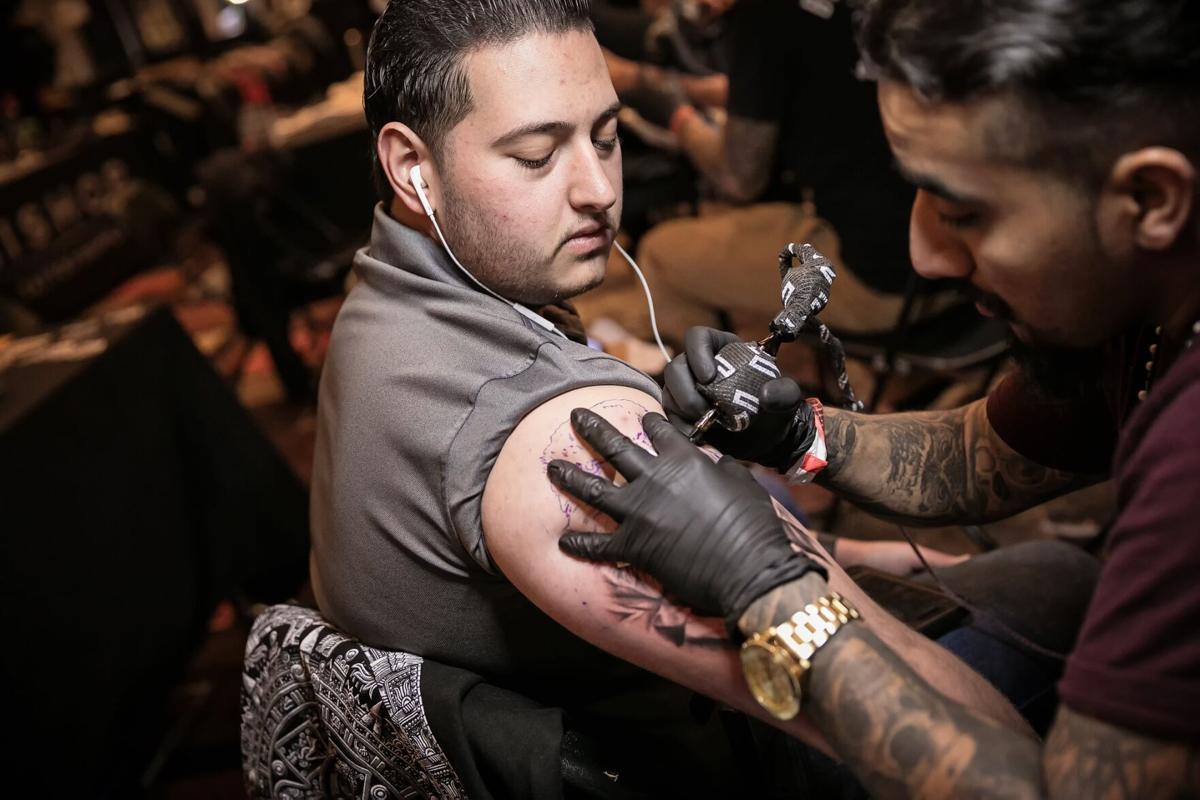 Artists from across the country will be tattooing all weekend long at the Atlantic City Tattoo Expo. 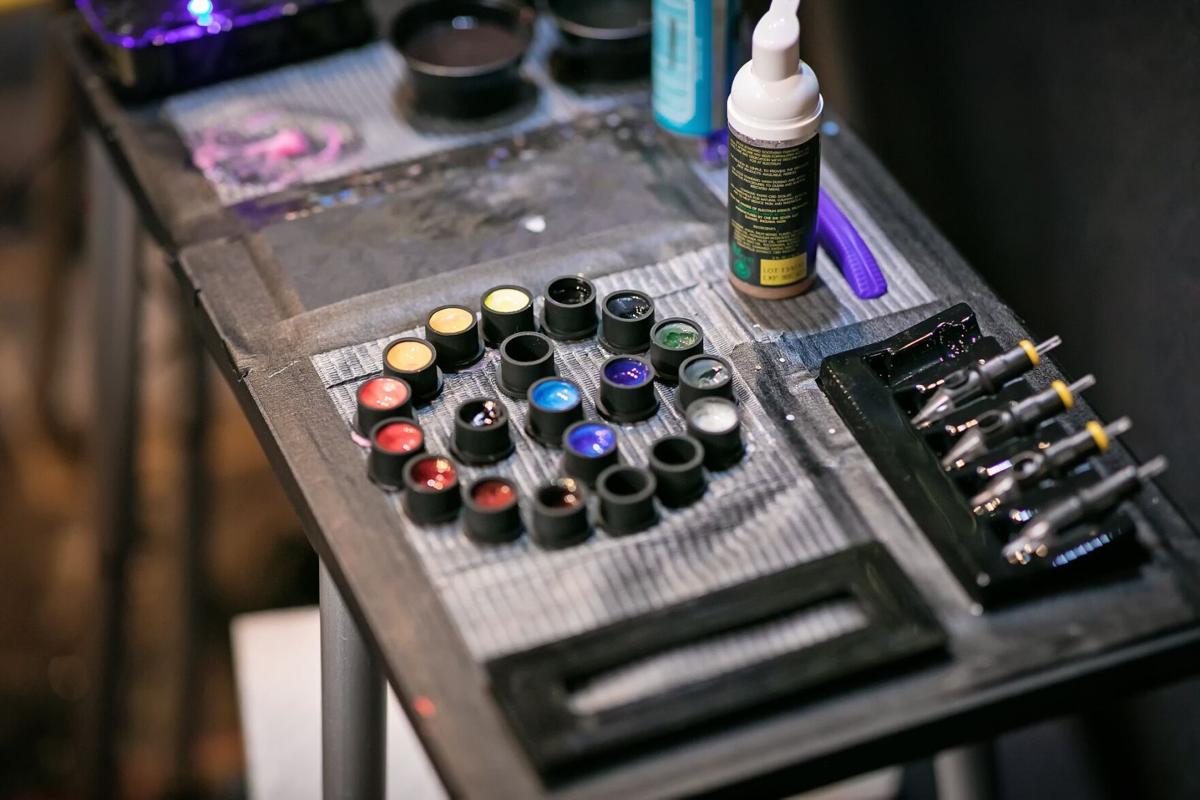 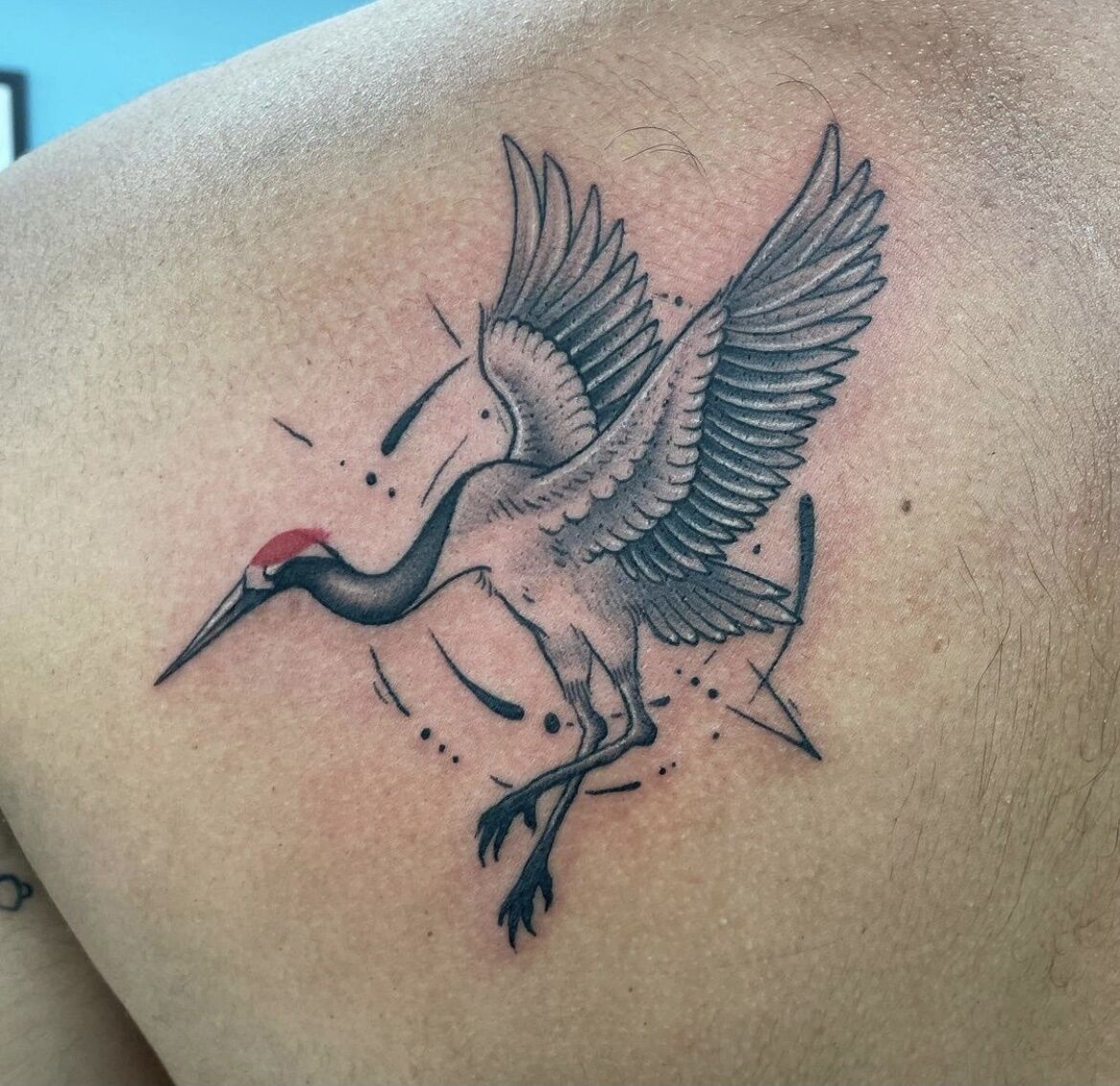 An original piece by Chloe Henderson 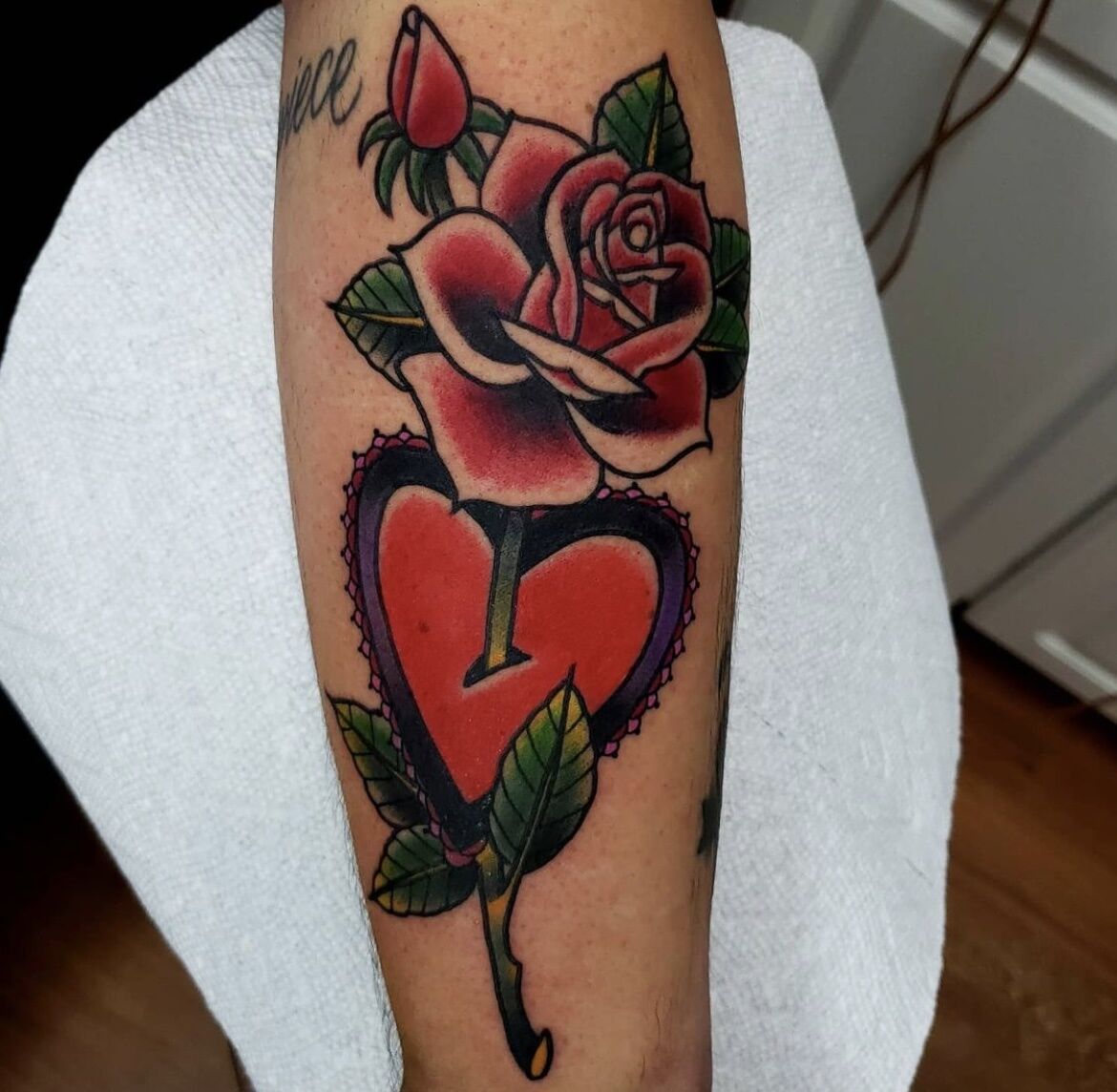 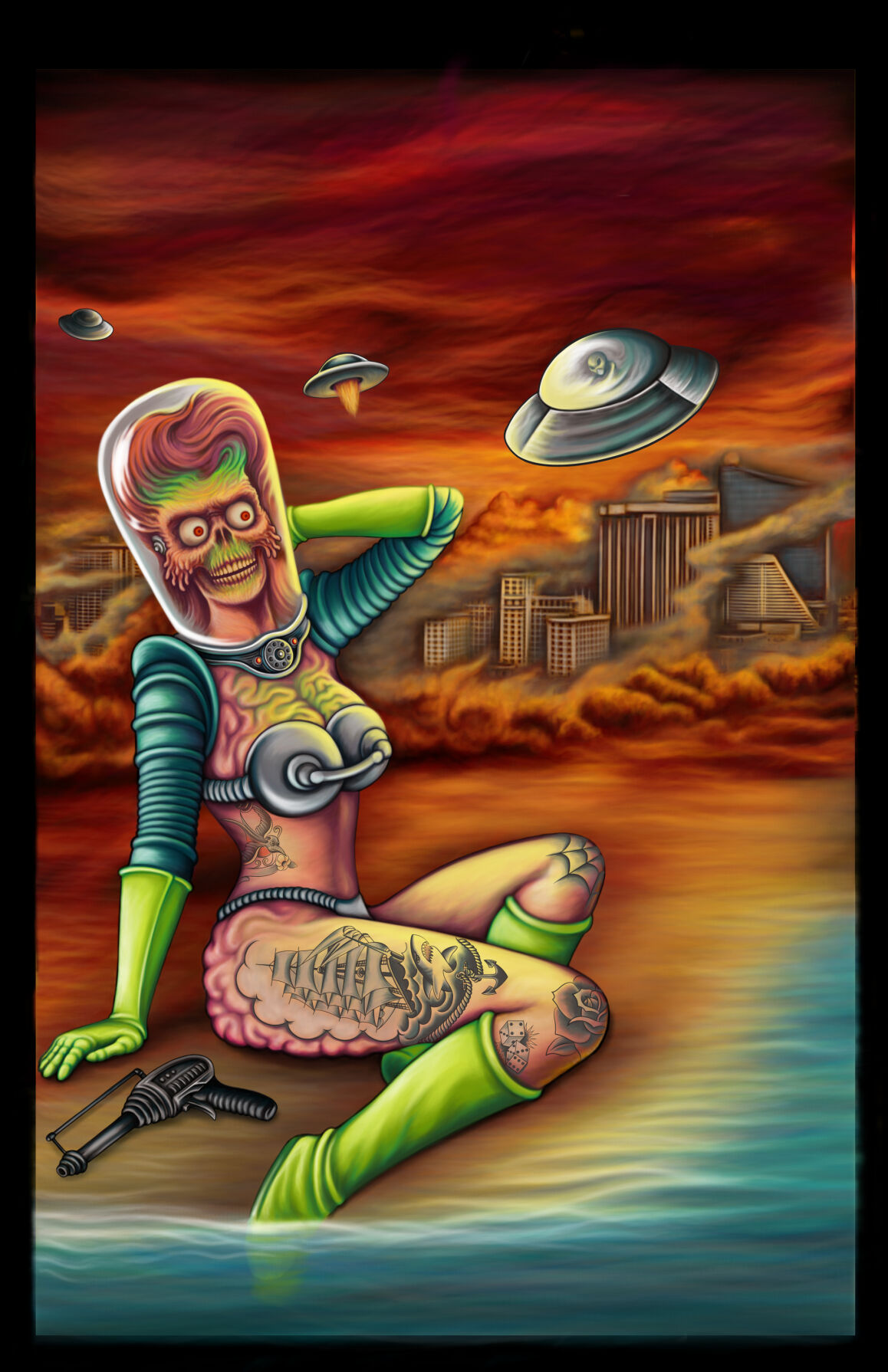 Events come and go quickly in a town like Atlantic City, as tastes change on the regular, but one event that has had some serious staying power is the Atlantic City Tattoo Expo, which runs Friday to Sunday, Nov. 5 through 7, at Hard Rock Hotel & Casino Atlantic City.

The Atlantic City Tattoo Expo first launched in 2005 and has continued to grow in both size and popularity ever since.

So, what makes this event so popular? Much of it comes down to the art form continuously gaining acceptance among people from all walks of life.

“Tattooing has become more and more mainstream over the years. If you have 10 people standing in a room wearing tuxedos, eight of them have tattoos under the tux,” says Jon Henderson, head of Good Time Tricycle Productions, the production company behind the Tattoo Expo.

Henderson is right. Gone are the days when tattoos were thought of as something that only bikers and prisoners might have on their bodies. These days they are a common sight on just about anyone, which means the demand for great tattoo artists has increased as well.

One of the artists on site who will be tattooing is Chloe Henderson, Jon’s daughter. Chloe has been tattooing for four years and has worked at the Expo since its earliest days, helping her dad out with a myriad of jobs, but this is the first year she will be featured as an artist.

“I’m super pumped for it! It’s been a long time coming,” she says. “I have been there ever since it started, so it’s exciting to be on the other side of it.”

So how does one go from working at a tattoo expo to tattooing at it?

“I’ve always been an artist and I have always loved to draw,” she says. “And constantly being around people who were tattooed was an influence too. My dad’s friends were all tattooed and he has tattoos too. And the Tattoo Expo was one of the first events he did. So that kinda sparked something in me. I just like the thought of art being forever. It’s like cave painting in a way.”

The new venueAfter many years of being held at Bally’s Atlantic City, this year the Expo moves to the Etess Arena at Hard Rock, which gives a whole new vibe to the event, with its rock ‘n’ roll theme.

We’re really really excited about the new venue,” Jon Henderson says. “Bally’s was always awesome, but as far as the theming goes, a tattoo expo fits really well at a place like Hard Rock.”

The vendorsAlthough the main attraction at a tattoo expo is always going to be the ink, the Atlantic City Tattoo Expo will also feature a variety of fun vendors and exhibitors selling an array of interesting items. Everything from coffee to hot sauce to body jewelry and more will be available for those who want to take a quick break from the tatts.

The artistsThe Expo gathers some of the top tattoo artists from around the country – more than 150 in total — which allows those attending the opportunity to get inked by artists they otherwise would have to travel great distances to see. And the list of styles and specialties is all but endless. Whatever you are seeking out — a simple line tattoo, watercolor, Polynesian, portrait, wildlife, traditional or any number of other styles of tattooing you might prefer, there is sure to be an artist on site specializing in it.

Appointments can be booked directly through the artists. For a complete list of them, go to ACTattooExpo.com/artists.

One of the most talented local tattoo artists at the Expo is Greg DiGiacinto, who works out of Mr. Blue Sky Tattoo in Egg Harbor Township. We had a chance to chat with him about tattoos and the Expo. Here’s what he had to say:

Ryan Loughlin: What made you want to start tattooing?

Greg DiGiacinto: I grew up in the Ducktown section of Atlantic City in the ’80s and it was pretty crazy. There weren’t a lot of opportunities for a kid like me to come out of there and do anything other than maybe work in a casino. So in my mind tattooing was a better life, it was something I could do other than selling crack or hustling.

RL: It’s gotta be a lot of pressure to try and take something that someone envisions in their head and translate that into a tattoo. How do you approach that?

GD: Well, I don’t really struggle with it because I have been tattooing for 22 years. But it’s still a whole process. I usually ask for a frame of reference. If you are going to get a tattoo, I need to see your idea presented visually because it’s much easier to create something based on that than it is to have them describe it to me. Because then I end up drawing 10 things they don’t like before getting to the one that they do like. Typically, if they do their research and present me with something, I can tell them right away if it’s something I do or not. And if the style isn’t what I do, I’ll refer them to someone who specializes in it. But for me, if you are undecided, stick with something iconic. Get an eagle! (laughs)

RL: Are there any tattoo trends that you wish would go away?

GD: No. I’m just excited that tattooing is still popular at all. I purposely got my hands tattooed as a kid so I wouldn’t have to work at a casino because I knew I wouldn’t be accepted. But now you can work at a Wawa with face tattoos. Years ago it wasn’t like that. But as far as the trends go, there is stuff that I do and stuff that I don’t do. There is nothing you can do to stop people from wanting things. It’s not their fault that they can’t see 10 years down the line that their watercolor tattoo is going to look like s***. The only thing I can do is just not tattoo those things. I’m very open about what I’ll tattoo and what I won’t.

RL: What style do you prefer to work in?

GD: I prefer American traditional and traditional Japanese. Those are very solid styles, and they fit well on the body aesthetically. And they are iconic. I’ve worked in a lot of styles, but this is what I keep coming back to – heavy lines, heavy colors and if you see it from across the street, you know exactly what it is.

RL: What do you enjoy about participating in an event like the Atlantic City Tattoo Expo?

GD: For me it’s a lot of fun, because I get to see other artists and friends from all over the country that I might not see very often. And you might get to see an artist that you have only seen on TV or something. It’s a great time.

Artists from across the country will be tattooing all weekend long at the Atlantic City Tattoo Expo.

An original piece by Chloe Henderson