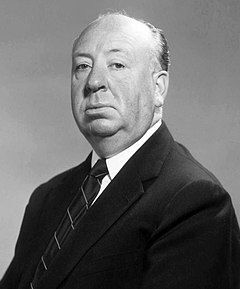 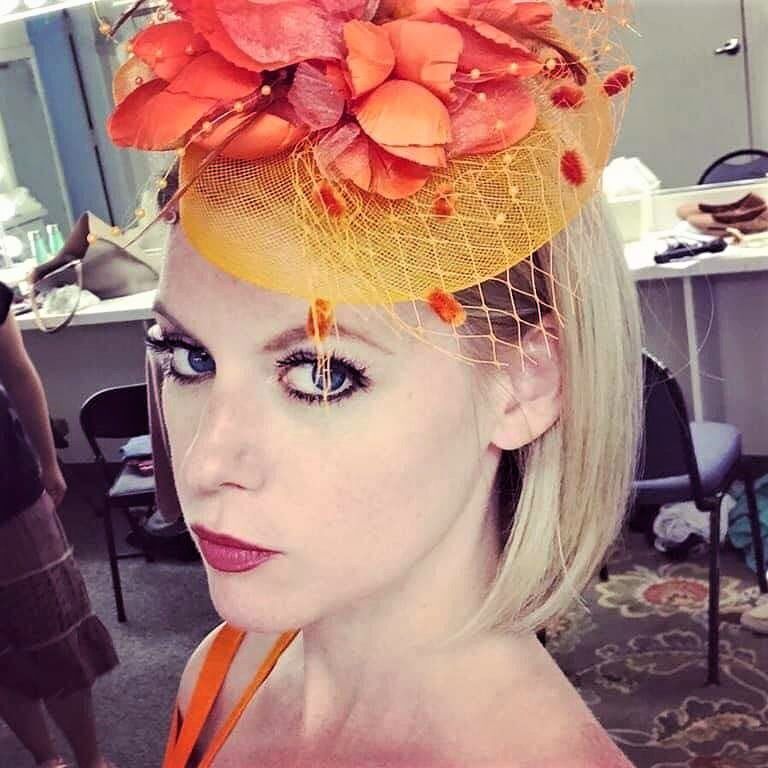 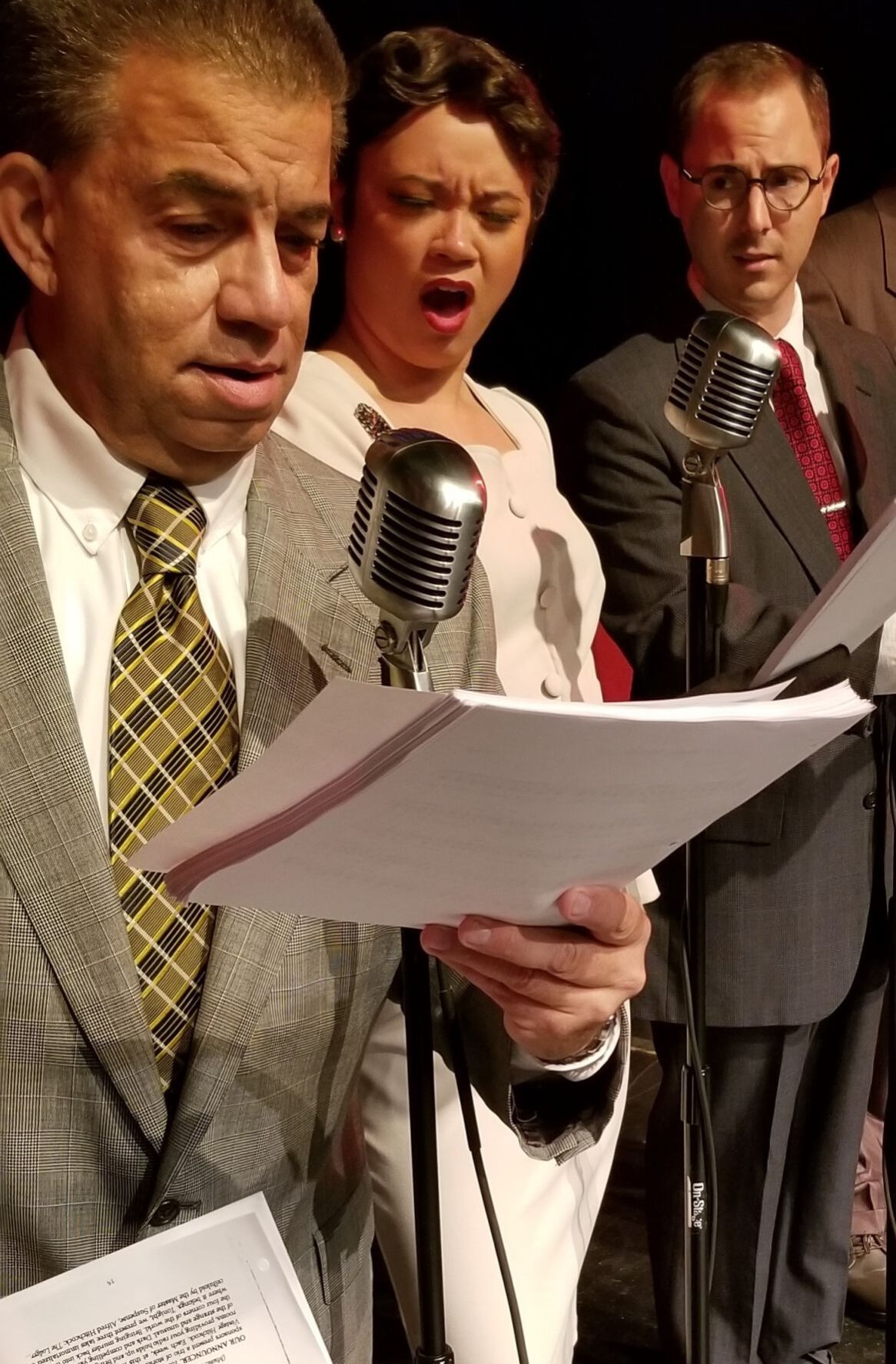 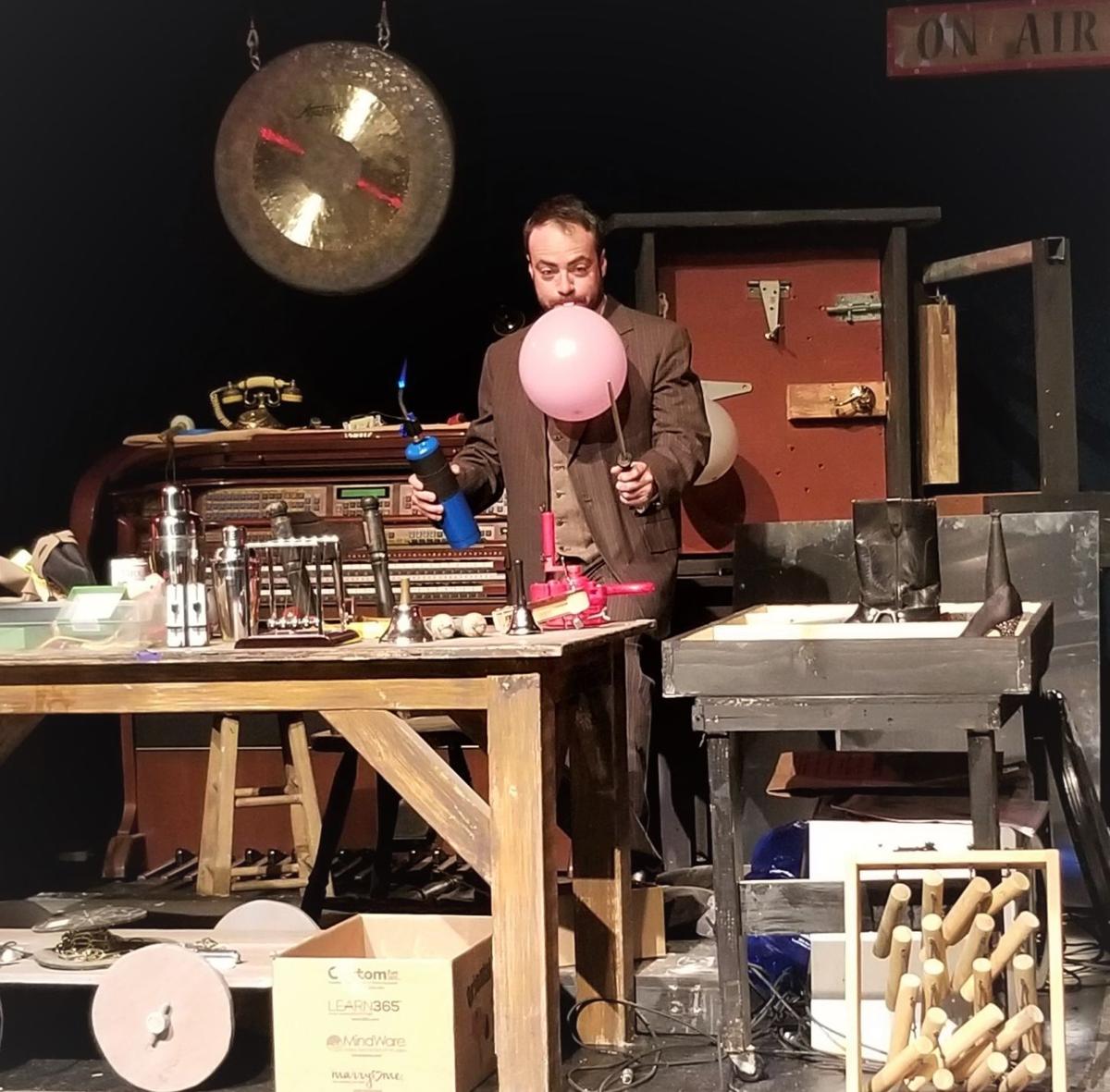 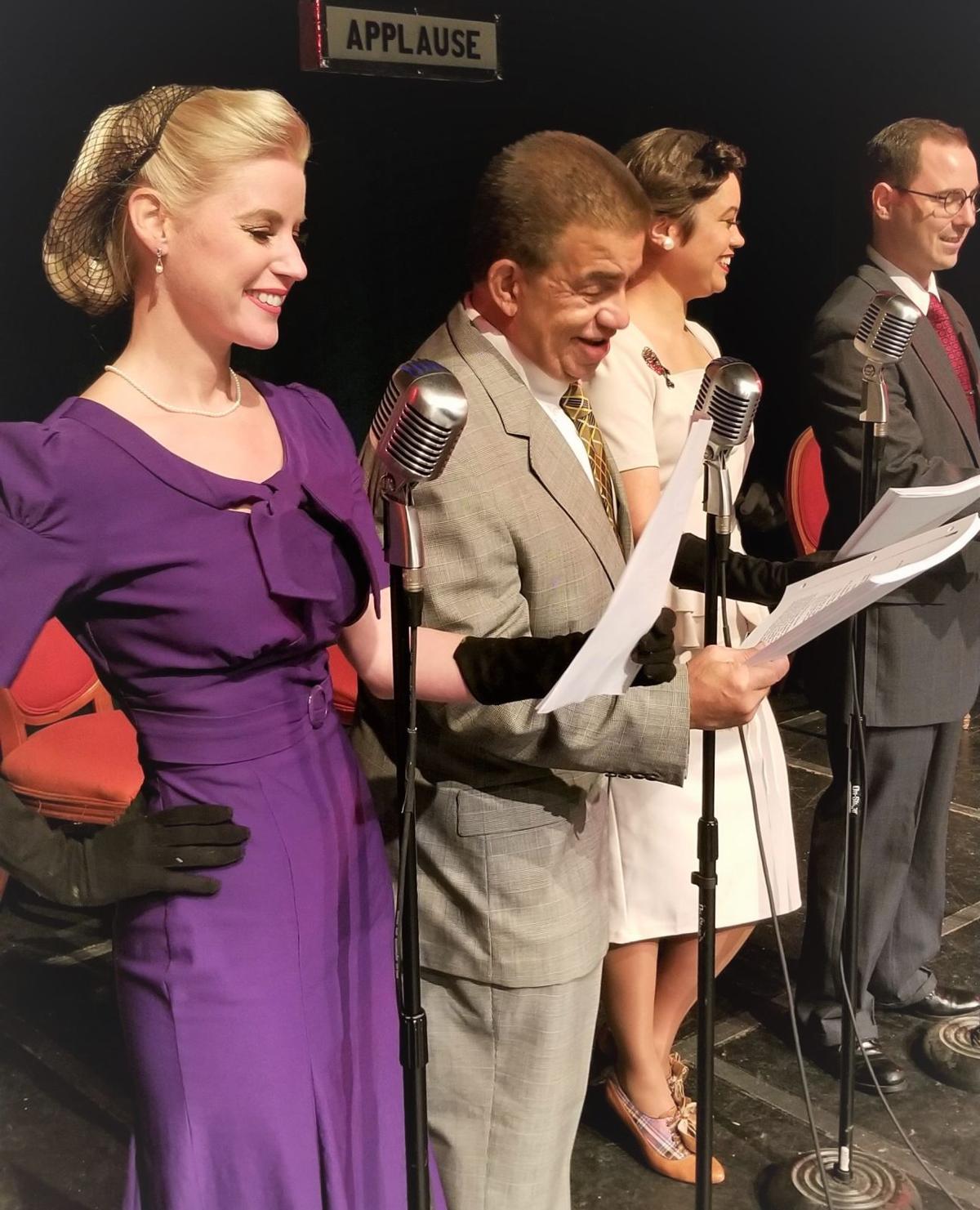 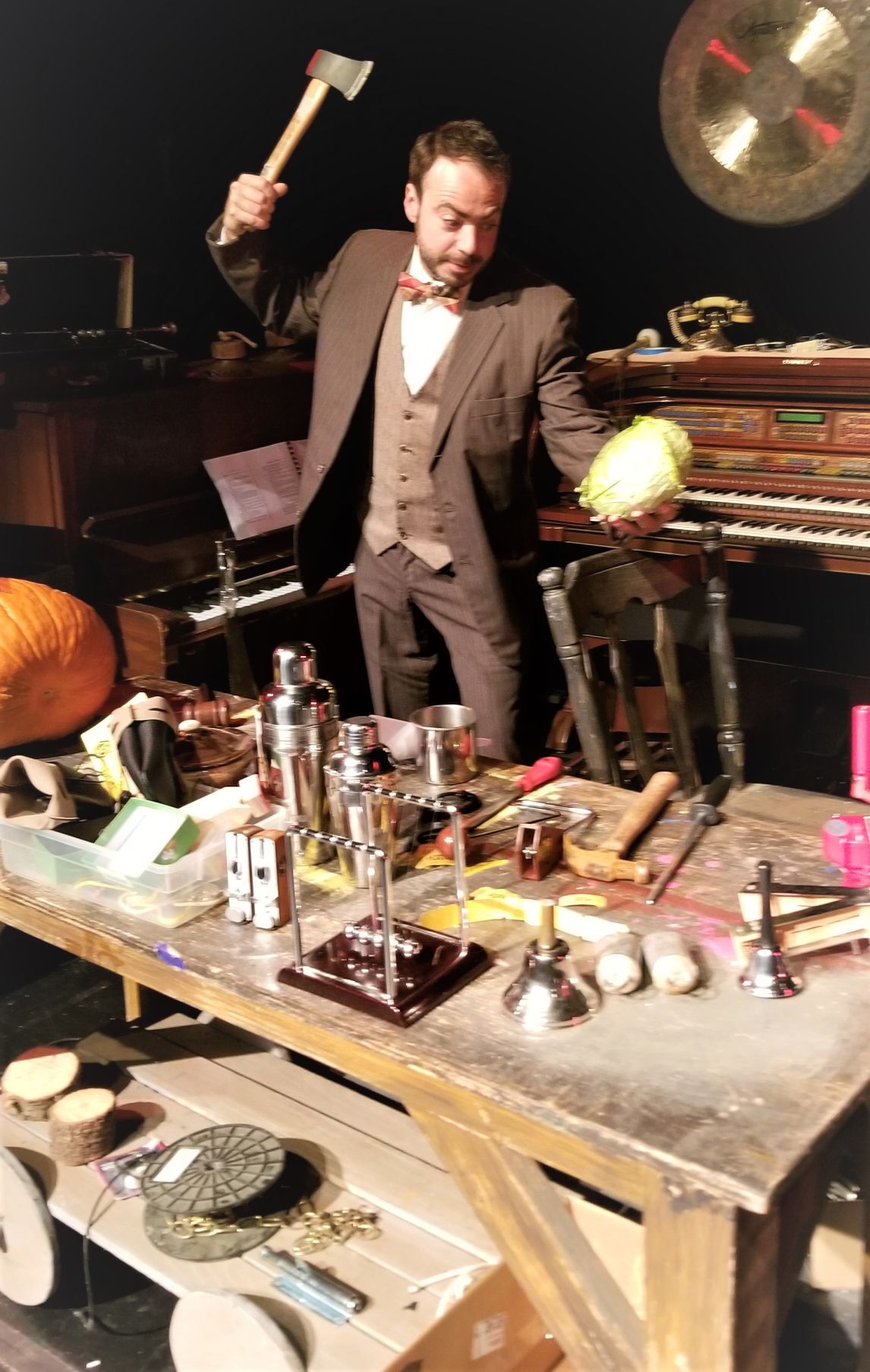 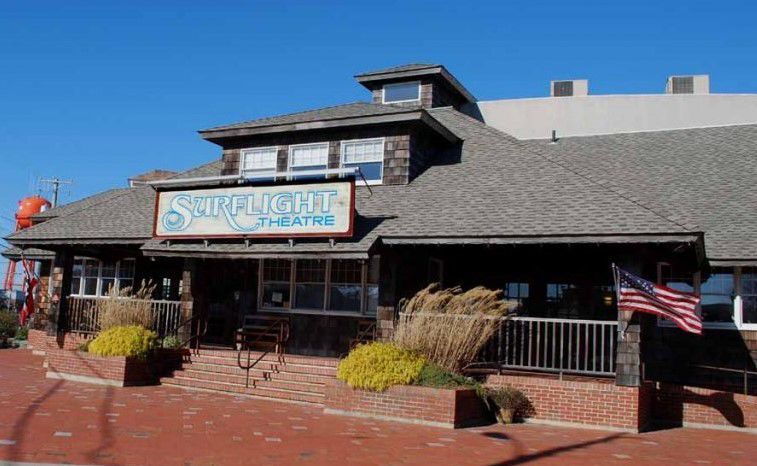 Far and away the most popular producer of murder-mystery movies in cinematic history, Alfred Hitchcock will be the focus of a uniquely formatted, three-part play at Beach Haven’s Surflight Theater, which for more than 70 years has helped keep exceptional local theater alive and well.

Playwright Joe Landry’s “Vintage Hitchcock: A Live Radio Play” encapsules three of the famed British producer’s most popular feature films from early in his career and melds them into one play — complete with classic commercials — set in a New York City radio station in the 1940s. The Surflight audience will see the play as a typical audience would have during the Golden Age of Radio, when many scripted radio shows had live studio audiences and before television gradually superseded radio as the medium of choice for home entertainment beginning in the 1950s.

The production will be held under socially distanced guidelines at the Surflight’s Joseph P. Hayes Theater, which has operated under the mantra “Bringing Broadway to the Beach” since its 1950 founding. “Vintage Hitchcock” will feature five actors/actresses and a soundman producing abbreviated versions of three Hitchcock films from the late 1920s and mid-1930s. The films include “The Lodger,” loosely based on the real-life serial killer Jack the Ripper; “Sabotage,” an espionage thriller about a woman who discovers her husband is a terrorist agent; and “The 39 Steps,” in which a civilian gets caught up in preventing a group of spies from stealing British military secrets.

“Hitchcock was all about suspense in contrast to shock,” says Surflight General Manager Paula Sloan. “His forte was having us, the audience, knowing what was happening before the people in the play knew, and we get more and more nervous or excited or scared for the people we’re watching. He was a master at building suspense, and he did it better than anyone else.”

Surflight’s Sound Technician Ian Wehrle has been working diligently on re-creating a variety of sounds in unique ways, Sloan says. A graduate of Boston’s esteemed Berklee College of Music, Wehrle will also perform on organ during certain segments of the play.

“We have this beautiful organ that was donated to us several years ago, and Ian will use it for our musical accompaniment,” Sloan says. “It will help this sound like the radio play of the era.

“What makes this unique is that you’re watching a radio show unfold — you’re watching how these various sounds were being made and then broadcast to a listening audience,” she adds. “That’s what makes this all so intriguing. We have a whole section of the stage dedicated to just making sounds. If you chose to, you could come to our play and just close your eyes, listen to it, and use only your imagination, or you can watch it and see how they make this variety of sounds.”

When the five actors — Pete Clapsis, Chris Strangfeld, Shannon McClernan, Steve Steiner and Sophia Swannell — are not voicing characters, they are sometimes pressed into service helping to create the sound effects, such as rain storms, explosions, a moving train and the like.

“It’s not typical in that it isn’t blocked like a typical story,” Sloan says. “It’s all about telling the story through sound.”

The Surflight Theater’s storied history and survival through some tough times can be largely traced to a commitment to quality on all levels.

That most certainly applies to finding cast members whose theatrical chops are among the best in the business.

Sophia Swannell is a veteran performer in Surflight productions. She was also born and raised in London, England, which, as a cast member of “Vintage Hitchcock,” is appropriate since the play is based on one of the most prominent show-business figures in United Kingdom history.

“I call Surflight my American family,” says Swannell, who spent nearly 18 years honing her talents in New York City, and has dual citizenship in England and the United States thanks to her American-born mother. “They always hire real team players — people who are really willing to get into what’s going on and give it a go, even if it’s an unconventional script. That’s why they’re so brilliant and so creative, and so loyal to the people they care about. And the actors are that way in return. That’s why they’re like a family.”

Ironically, as extensive as Swannell’s stage presence has been in her acting career thus far, performing in any Hitchcock drama is something that has eluded her until now.

“I actually have never done any Hitchcock, and I don’t know how I managed not to, actually, especially being a Brit,” she says. “I’ve always wanted to do ‘The 39 Steps,’ but the opportunity never presented itself until now. I am a huge fan of Hitchcock. I grew up watching all of his movies with my dad, and I’ve seen a few plays on the West End (a London theater district much like Broadway in New York City), but this will be my first Hitchcock gig.”

Having been invited by Surflight management to perform Hitchcock had something to do with her return to Beach Haven. However, she says she likely would have made the trip no matter what the play had been.

“The fact that it was Hitchcock was a bonus, but to be honest, 90 percent of the time if I’m available I’ll come over and work with Surflight,” Swannell says. “I always have such a wonderful experience working with them, and I just love this part of the world. Beach Haven and Long Beach Island is just so lovely.”

One of the characters Swannell will be voicing in “Vintage Hitchcock” is an American.

“We were having a laugh about it since I’m the only one who’s British but voicing an American character,” she says, “but one of the fun things is that we’re all playing multiple characters and doing multiple accents, which is another great opportunity for an actor.

“It’s going to be really fun. I mean, there’s Scottish, there’s German, there’s RP (an accent of higher British social class) and Cockney (a working class British accent). It’s something totally new and different and unlike anything I’ve ever done before. I’m really looking forward to it.”

5 places to hang in Somers Point

When the topic of nightlife at the shore comes up, most people tend to think of Atlantic City or Wildwood, but the truth is that Somers Point …

Recently we noticed that the Landis Theater in Vineland was beginning to promote a series of tribute concerts, and each one of them appeared t…

A.C. Comedy Club brings in shock jocks for a night of laughs

If you listened to terrestrial radio back in the ’90s and early 2000s, you were surely aware of “The Opie and Anthony Show,” an often hilariou…