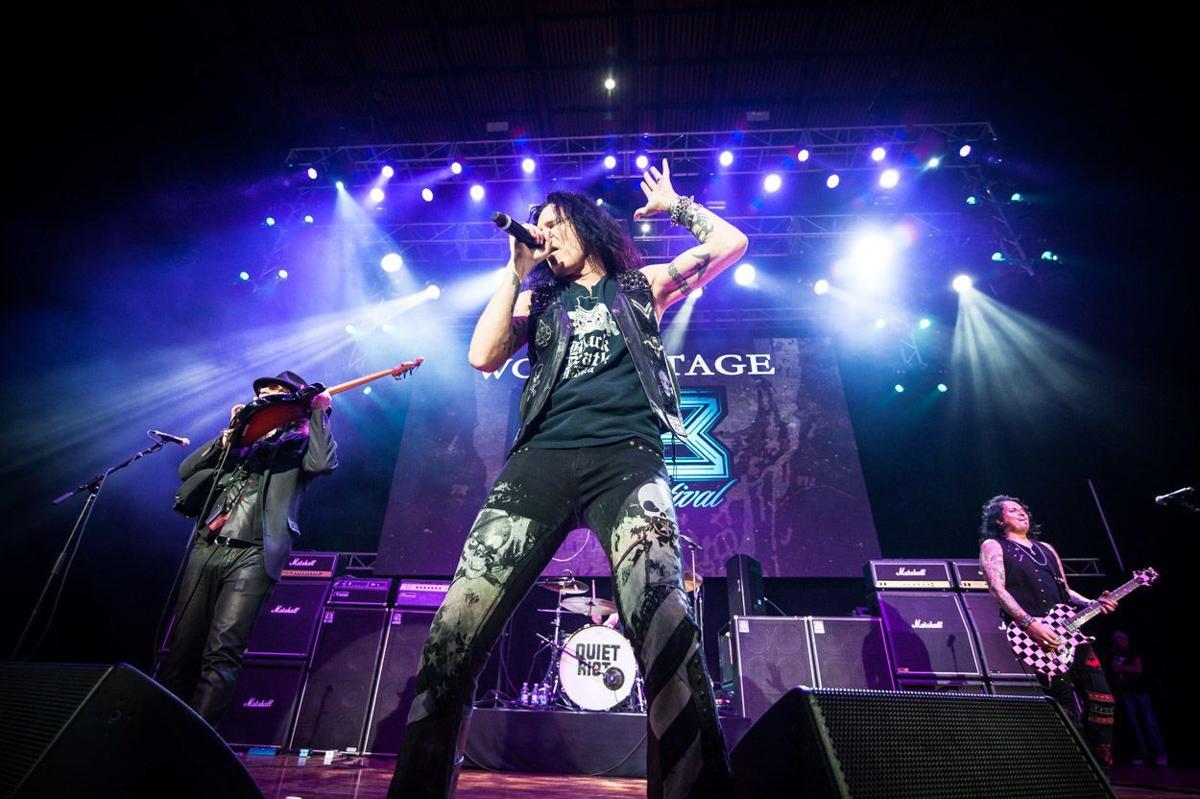 Quiet Riot brings its brand of ‘80s hard rock to South Jersey this Saturday at the Landis Theater in Vineland. 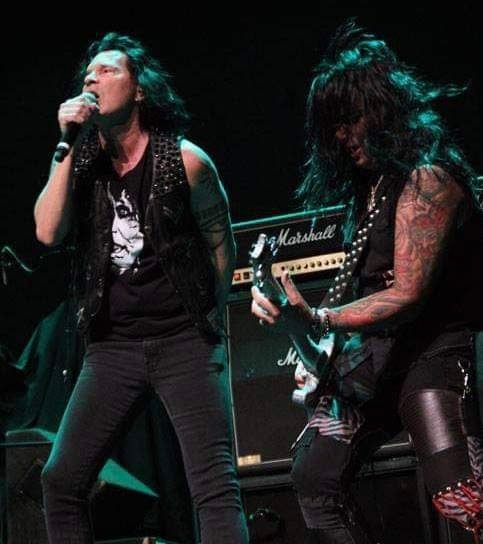 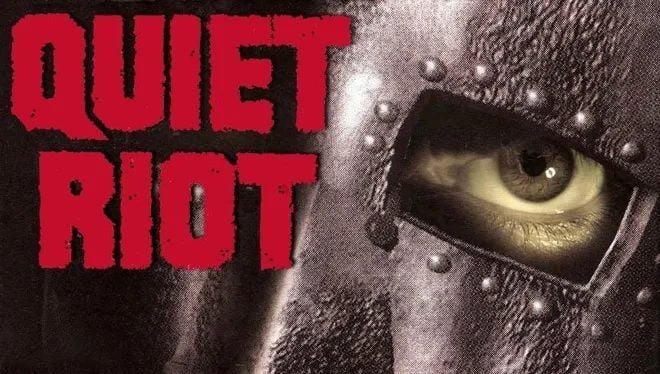 But tragedy would strike again and again for this band, as both lead singer Kevin DuBrow and drummer Frankie Banali would pass away in 2007 and 2020, respectively. On top of that, the revolving door of bassists and guitar players that have come through meant that any shot at seeing a live performance from the classic lineup was, and is, an impossibility.

And though that is unfortunate, there is something impressive about a band — and a brand — that manages to continue trudging on despite having no original members left in the lineup. It’s ultimately a testament to how much the fans enjoy the music itself, for as long as it’s being played well and with dedication, the theaters still regularly sell out when Quiet Riot, who heads to the Landis Theater 7 p.m. Saturday, March 6, comes to town. We spoke with guitarist Alex Grossi, who has been filling the lead guitar role within the band since 2004.

Atlantic City Weekly: What’s it like to join a band that is already established and has hit songs? It seems like it would be intimidating.

Alex Grossi: I grew up playing this music, and I was really comfortable with it. The intimidating gigs tend to be the ones that are outside of your wheelhouse. I auditioned for 30 Seconds to Mars and that band’s music is really complicated and almost like progressive rock – that was intimidating. With Quiet Riot it was more about having to fill the shoes of both Randy Rhodes and Carlos Cavazo, both of whom are phenomenal guitar players. That was the intimidation factor.

ACW: Unfortunately, Quiet Riot has had to face multiple tragedies with the death of band members. What has the fan response been as new members replaced those who passed away?

AG: All in all, it’s been very positive. Of course you are always going to have people on the internet who have their opinions, but as Babe Ruth once said, “The loudest boos come from the cheapest seats.” The people that matter are the ones who are going to show up and be in the audience. Over the years, there have been people who said we wouldn’t be able to pull it off. They said that when I first joined, and that was 17 years ago. But I always tell people that if Kevin DuBrow passing away couldn’t stop Quiet Riot, nothing can stop Quiet Riot.

ACW: Since the passing of Frankie Banali, the group no longer has any original members, nor any members of its “classic lineup” from the “Metal Health” era. If you were to go back in the studio to record new material, would you still feel a certain responsibility to make music that has the classic sound of Quiet Riot?

AG: We are already doing it – we are putting together a new record now that will actually feature Frankie on drums. He left a bunch of drum tracks for us. Obviously people expect a certain thing when they buy a brand. If it ain’t broke, don’t fix it. AC/DC has proven that you can keep writing the same song over and over again and it works.

ACW: You have played with a lot of guys from the ’80s metal scene – Steven Adler and Dizzy Reed from Guns ’N Roses, Jani Lane from Warrant and, of course, Quiet Riot – was that style of music your main influence growing up?

AG: Yeah, growing up it was all bands like Guns ’N Roses, Motley Crue and Warrant. When I moved to Hollywood I ended up playing with almost every band I had in my tape collection as a kid. And that’s why it came so naturally to me, because those songs were imbedded in my head. I used to listen to Warrant’s “Cherry Pie” on cassette while doing my paper route. So it’s in my DNA. It’s a small world out there.

ACW: What is your favorite Quiet Riot song to play live?

AG: I get asked this all the time and I always say the same thing – “Metal Health.” Because it’s kind of the band’s theme – it’s our signature song and it’s the big climax of the set because we always close with it. And the people all know that song and they just go crazy. The energy in the room is lifted up every time we play it and it just sums up what the band is all about.

Quiet Riot has been through all kinds of ups and downs throughout their almost 50-year history (yeah they have been around for nearly half a century. If that doesn’t make you feel old, we’re not sure what will.) Here’s a timeline of some of their highs and lows.

1975: The group’s name is officially changed to Quiet Riot after mishearing a quote from Rick Parfitt of the band Status Quo, in which he stated that “Quite Right” would make a good band name.

1978: During the recording of their second album, Gami gets in a drunken fistfight with Rhodes, shoots a gun in the air and concocts a plan to drive 25 miles to the recording studio to murder DuBrow, whom he has had tensions with since the early days of the band. Gami is pulled over and arrested for DWI and weapons possession before he gets to DuBrow, but is ultimately fired from the band for his actions.

1982: Rhodes dies in a plane crash while on tour with Ozzy Osbourne.

1987: Kevin DuBrow is fired from the band after alienating both fans and peers with constant tirades bashing other metal bands and insisting they owed their success to Quiet Riot. After replacing DuBrow and recording new material, the band ultimately breaks up in 1989.

2005: Yet another new version of Quiet Riot – this time with Banali and DuBrow joined by bassist Chuck Wright and new guitarist Alex Grossi — hits the road with Cinderella, Ratt and Firehouse on the “Rock Never Stops” tour, which makes a stop in Atlantic City on July 29, 2005, at the former Taj Mahal Casino.

2010: Despite Banali insisting the band would not continue after DuBrow’s passing, a new version of Quiet Riot forms and begins touring — with no original members.

2020: Frankie Banali dies after a 16-month battle with pancreatic cancer.

Back in the early ’80s, when video games like Donkey Kong, Frogger and Pac-Man were released, they launched what would become a nationwide obs…

Quiet Riot brings its brand of ‘80s hard rock to South Jersey this Saturday at the Landis Theater in Vineland.