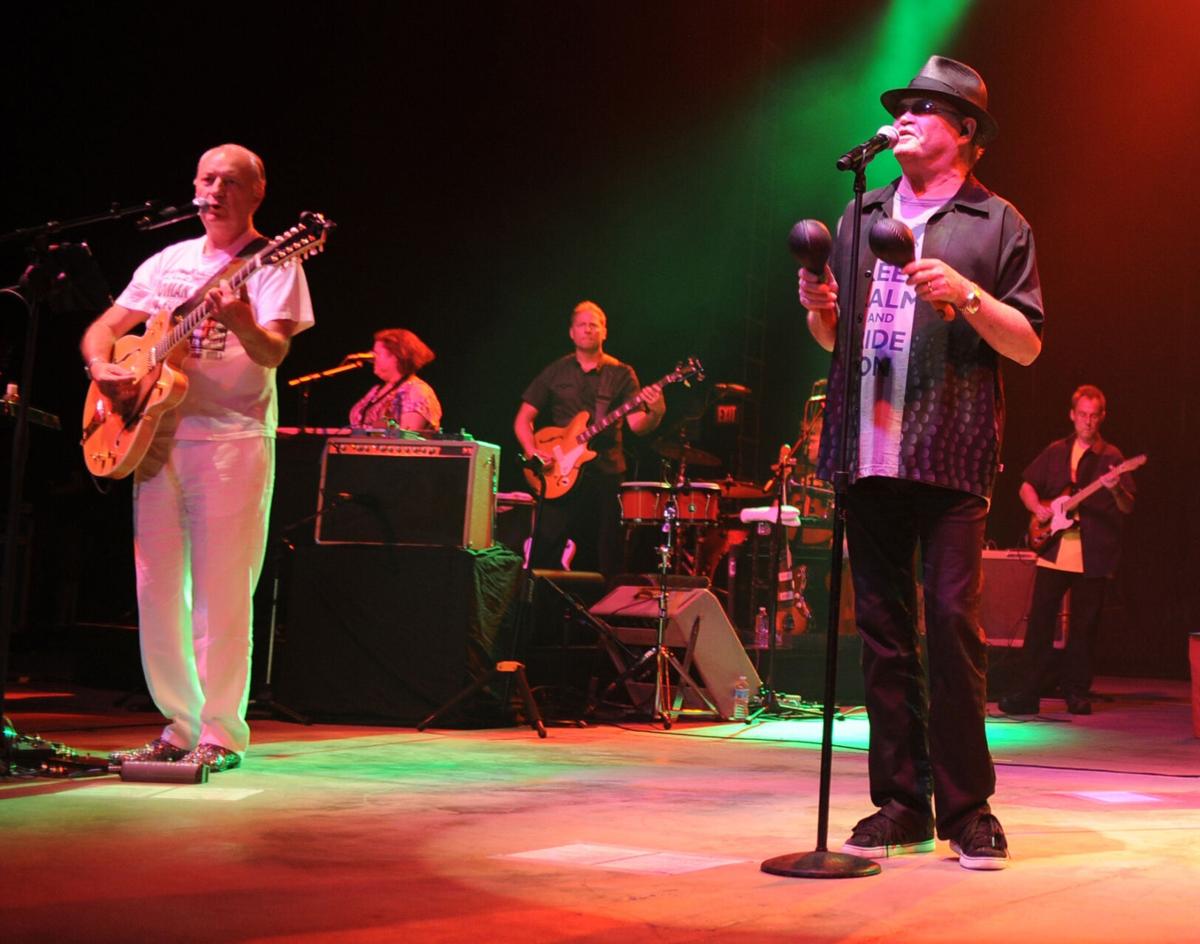 Monkees surviving members Michael Nesmith and Mickey Dolenz are in the process of wrapping up a farewell tour. They will make a stop at Ocean Casino Resort 8 p.m. Saturday, Oct. 23. 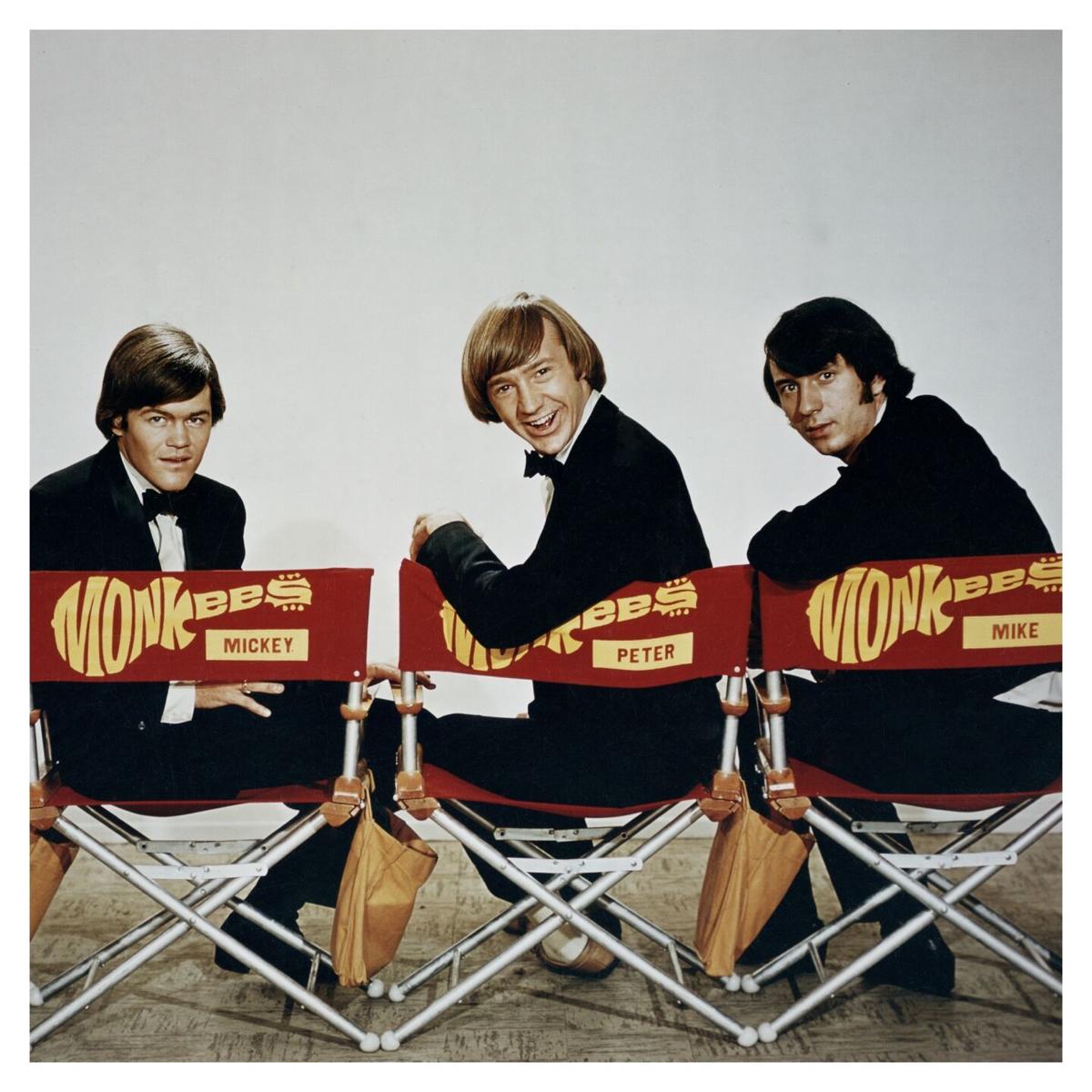 Another pop music chapter seems to be closing as Monkees surviving members Michael Nesmith and Micky Dolenz are wrapping up a farewell tour whose first leg was completed in 2019 before COVID-19 shut all live music touring down.

With vaccination numbers going up and coronavirus diagnoses heading in the other direction, Nesmith and Dolenz have picked back up in completing the second leg of this tour, which had been rescheduled three separate times.

For Dolenz, who has been the one consistent member who has been involved with every reunion since the original quartet — rounded out by the late Davy Jones and Peter Tork — broke up in 1969, it’s been quite a ride.

“It’s been quite a wonderful experience,” Dolenz says. “(Nesmith) and I have had a wonderful time. It’s just different. I wouldn’t say better or worse than the times since it was David, Peter and I. Then Peter and I or Peter, Mike and I. It was a great and pleasant surprise. The reaction from the audience and fans has been phenomenal.”

The Monkees phenomenon is one of repeated comebacks that have not only satiated the band’s original fans but garnered new generations of music lovers who may have missed out on the group’s original run with their television show, which ran from 1966 to 1968.

And while critics were dismissive of the band’s origins as a “Pre-Fab Four” that was originally conceived by Bob Rafelson and Bert Schneider as TV’s answer to The Beatles, the creativity and musical chops were substantial enough to yield hits like “Last Train to Clarksville,” “Pleasant Valley Sunday” and “Daydream Believer,” making the Monkees one of the biggest selling groups of all time. But unlike so many of their peers on the oldies circuit content to churn out only yesterday’s songs, Dolenz says there are plenty of surprises to go along with the earworms fans come out to see in a show like this.

“With a Monkees show, I always make sure that basically all the hits are there,” he says. “Over the decades I’ve discovered that once the audience knows they’re going to get the hits, you can always do whatever else you want — new stuff, stuff off a new record, album cuts and even non-Monkees stuff sometimes. Our fans over the years are well aware that we are going to give them the hits. Let’s face it: That’s why fans and audiences come to see the group all the time. Waiting for that big No. 1. This show has a couple of tunes off of “Good Times!,” a tune off my new album, “Dolenz Sings Nesmith,” and songs our producer and us agreed that the band wanted to do or that we’ve always done occasionally.”

Among the deeper cuts fans will recognize in the current setlist are the Barry Mann/Cynthia Weil nugget “Love Is Only Sleeping” from 1967’s “Pisces, Aquarius, Capricorn & Jones Ltd.,” and “St. Matthew,” a previously unreleased tune from the soundtrack to the 1968 Monkees film “Head” that was first released in the ’90s.

Helping Nesmith and Dolenz with the live music heavy lifting are the former’s guitar-playing son Christian and wife Circe, who provides backing vocals along with Dolenz’s sister Coco, who has been a constant on prior Monkees tours along with her brother’s solo outings.

Dolenz referred to a cut from “Dolenz Sings Nesmith,” the Christian Nesmith-produced solo project Dolenz worked on over the pandemic that drew its inspiration from his late friend Harry Nilsson’s 1970 album “Nilsson Sings Newman.” He also referenced 2016’s stellar “Good Times!,” which was the last Monkees studio album produced by the late Adam Schlesinger (Fountains of Wayne). Featuring three unreleased Monkees tracks, it also found Schlesinger helping the surviving Monkees — and a posthumously included Jones — work with a number of younger musicians. Dolenz still raves about the project and is happy to go back to it on stage.

“Off of ‘Good Times!,’ we’re doing ‘Birth Of an Accidental Hipster,’ one of my favorite songs written by Paul Weller from The Jam and Noel Gallagher from Oasis,” he reveals. “We’re also doing ‘Me & Magdalena,’ written by Ben Gibbard from Death Cab for Cutie. It’s one of the most beautiful songs I ever had the pleasure of singing.”

With his Monkees legacy ever present, Dolenz is philosophical about his takeaway from being an integral part of such an enormous pop-culture phenomenon, particularly when he points out its impact versus the actual blip of time it represents in his life.”

“(Being in The Monkees) has been a big part of my life for so long,” he says. “I feel blessed to have been a part of it. If you know anything about my career, it’s not the only thing I’ve ever done. I, of course, acknowledge that it is the first thing that everybody mentions when they mention my name. The original show, recording and touring happened during a very short window of time — from when the show went on in the air in ’66, we toured in ’67 and made the movie — that was three years. That was it. I’ve had dinner parties that lasted longer.

“I started directing (in England), and I did that for 15 years,” Dolenz says. “My original Monkees experience was very short but, of course, it lives on and has lived on. About every 10 years, as it turns out, we’d get back together in different incarnations. I kind of look at it like when you hear about a Broadway or West End revival of a musical featuring the original cast. It’s kind of what the Monkees have been all about and kind of what it’s meant to be.”

How much: Tickets, priced from $49 to $89, are available at the Ocean Casino Resort box office or Ticketmaster.com

Monkees surviving members Michael Nesmith and Mickey Dolenz are in the process of wrapping up a farewell tour. They will make a stop at Ocean Casino Resort 8 p.m. Saturday, Oct. 23.