Completely Unchained is one of nine incredible tribute bands that will rock The Deck at Golden Nugget for this year’s Fakefest. 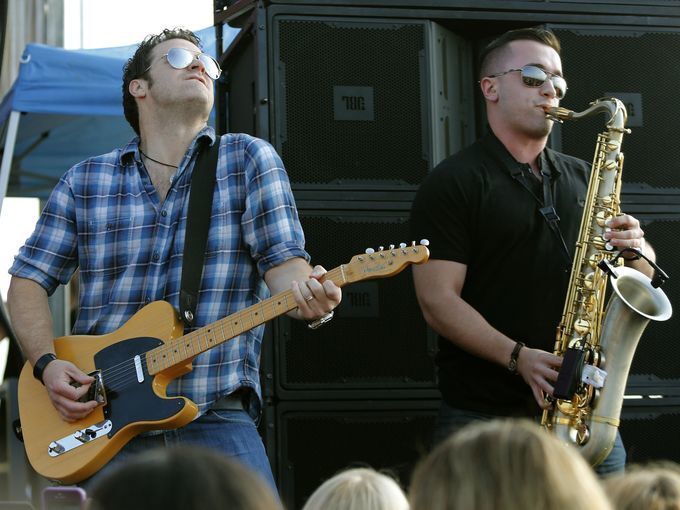 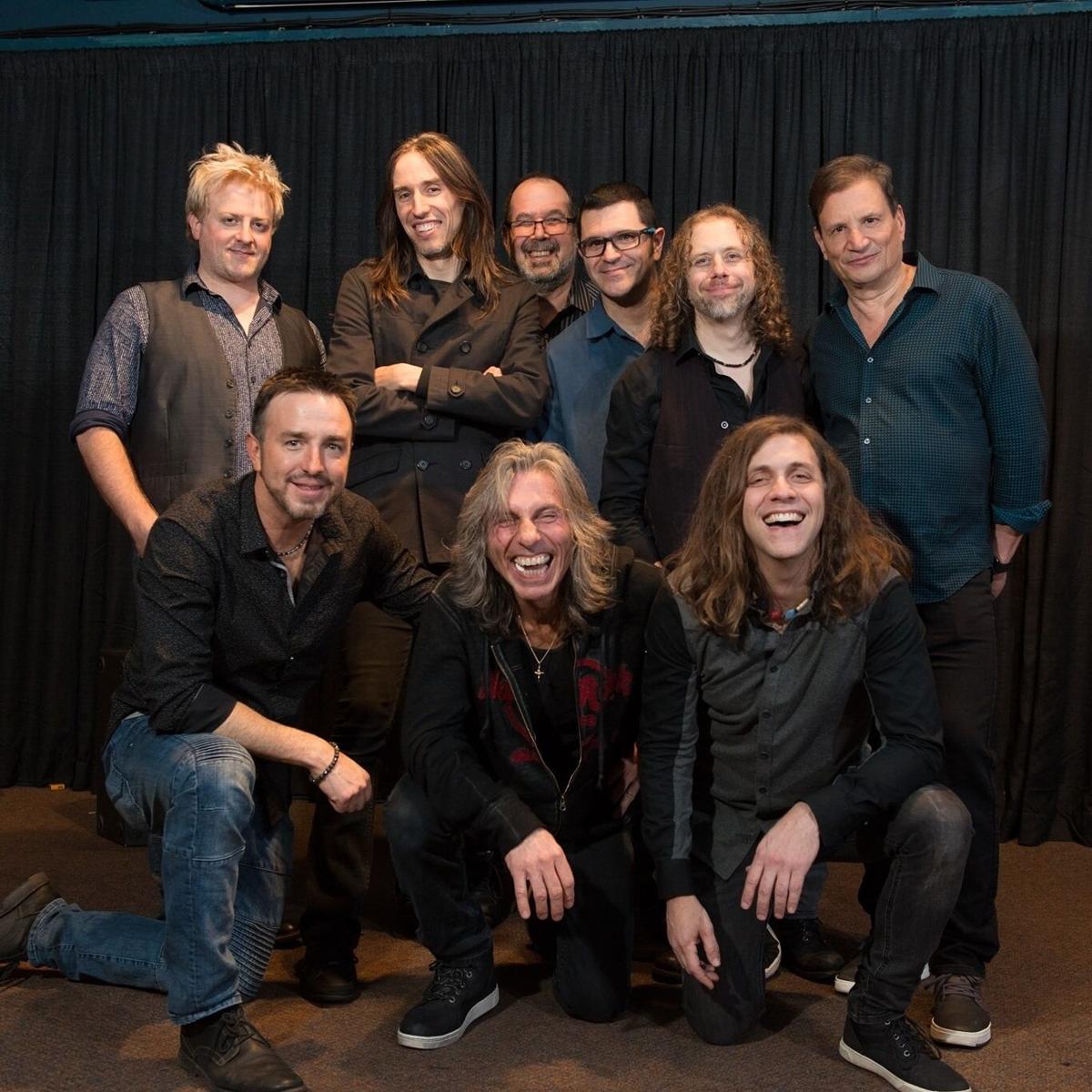 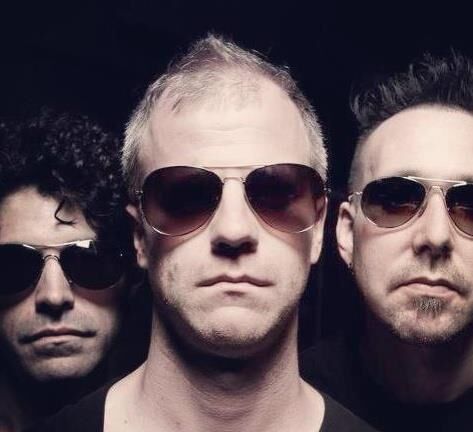 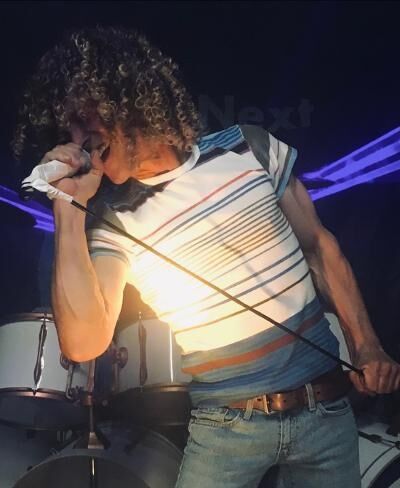 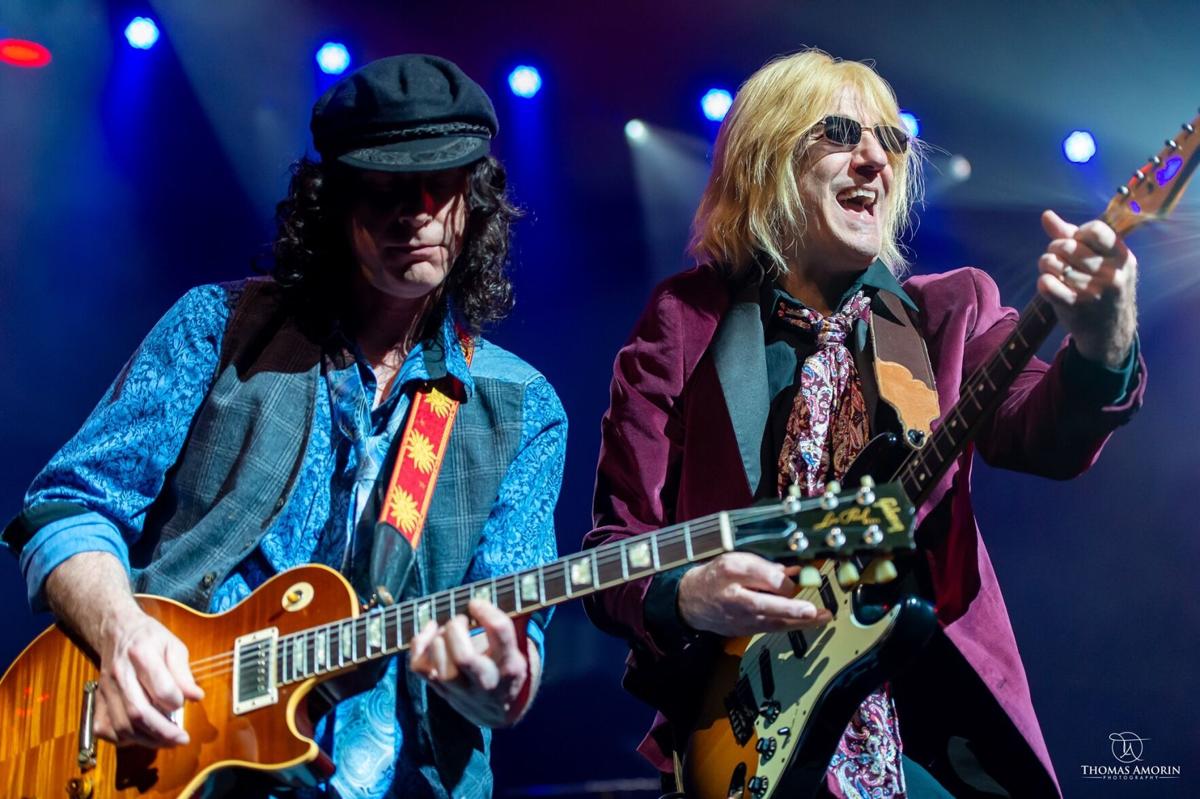 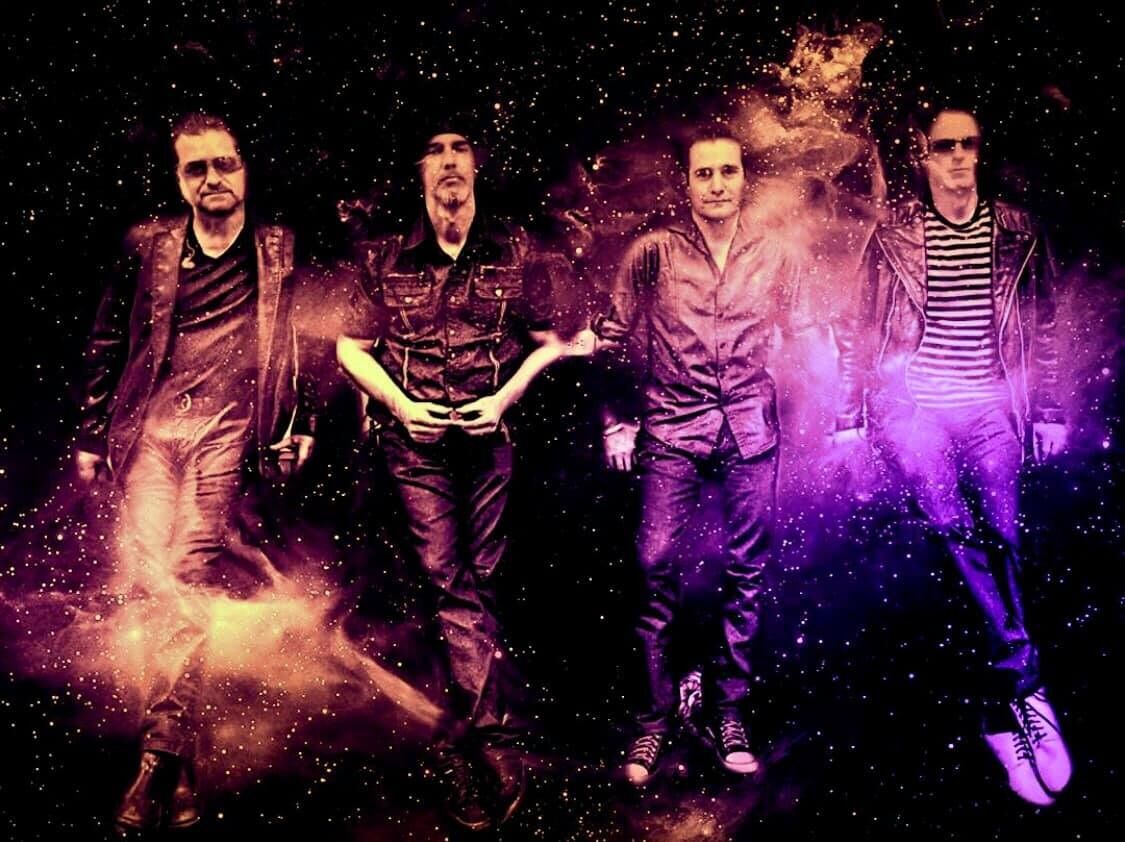 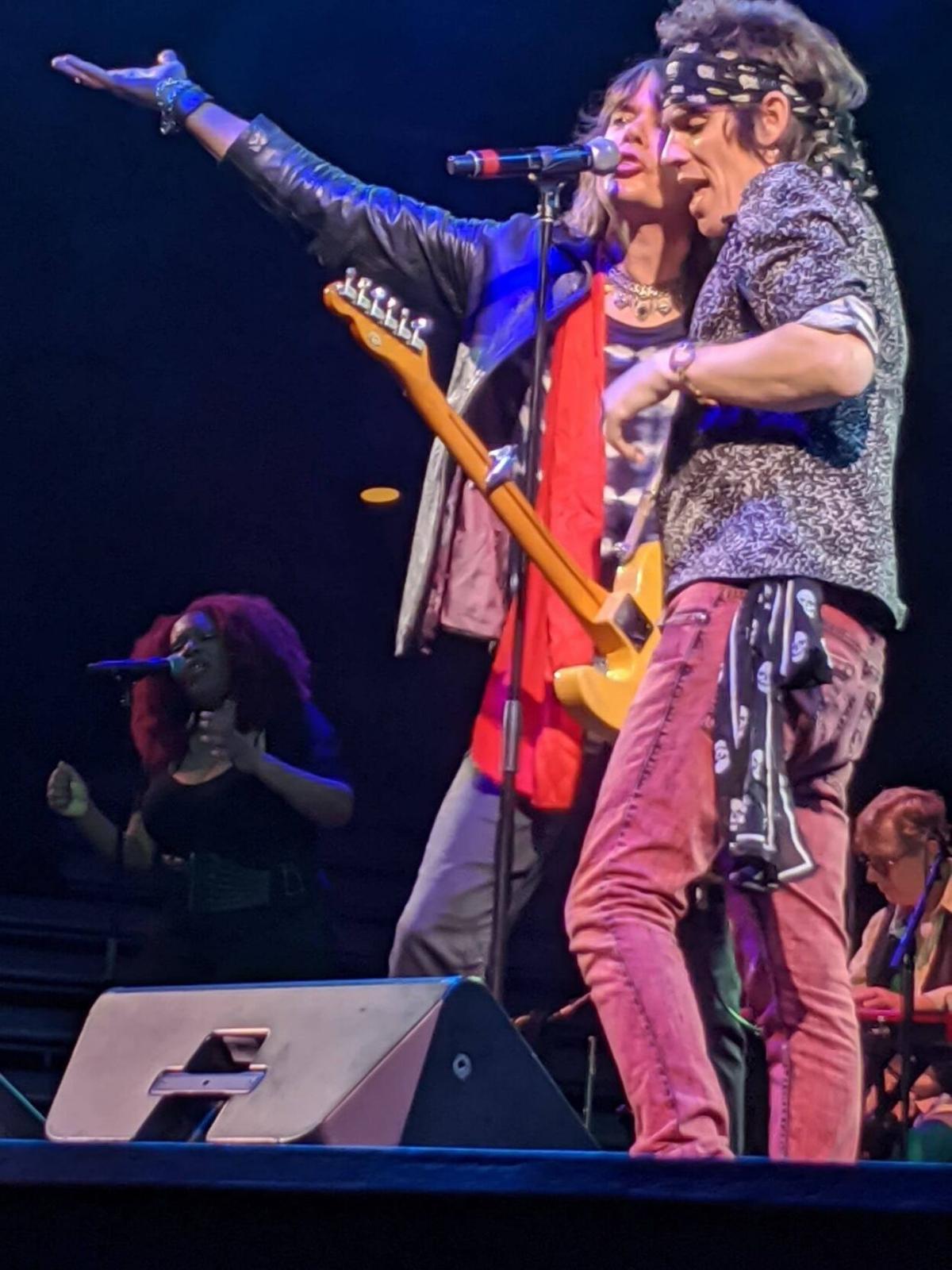 What if someone told you that this weekend Bruce Springsteen, Van Halen, Journey, Chicago, The Police, The Who, Tom Petty, U2 and The Rolling Stones were all set to perform live on the same bill? Sounds like an impossible dream doesn’t it? Well, maybe it is, but Fakefest comes as close as humanly possible to making that dream a reality.

What is Fakefest you ask? Simply put, Fakefest is an annual event held at The Deck at Golden Nugget Atlantic City that features some of the best tribute bands in the country. And the best part? It’s totally free.

This festival of look-alikes and sound-alikes begins 8 p.m. Thursday, July 8, and runs through Sunday, July 11. Over the course of four days, there will be performances from nine tribute bands, each masterfully recreating the experience of watching some of the most legendary classic rock bands of all time.

“If you close your eyes during the show, you would think you are listening to Bruce himself,” says Don Link, a retired college professor from Long Island and longtime fan of The E Street Shuffle, the Springsteen tribute band that will kick off Fakefest on Thursday evening.

The same can be said for just about all of the bands that will perform at Fakefest this year, as each of them have spent endless hours studying and perfecting the nuances – both musical and visual – of the bands they pay tribute to. And sometimes that even goes beyond just the sound of the singer’s voice or the clothes the band wears.

“I can do a split off the drum riser,” says Gene Henriksen, singer of Completely Unchained, a Van Halen tribute act that will perform at Fakefest this year. Henriksen keeps himself in peak physical condition in order to recreate the onstage moves of Van Halen singer David Lee Roth, which were always flashy and over the top.

“Of course the music comes first, but there is something amazing about playing the role of David Lee Roth. It’s like ‘anything goes.’”

Though Van Halen had two distinct periods of success – both in their early days with Roth and later with former Montrose vocalist Sammy Hagar – Completely Unchained sticks strictly to the band’s younger years.

“Being a loyal David Lee Roth fan from the beginning, it seemed more suitable for me to play the role as him. Plus, I can’t sing like Sammy!” he says with a laugh. “And Dave had such a swagger. He brought the band to notoriety as much as Eddie’s guitar playing did.”

And what about that guitar playing? From a musical perspective, Van Halen is one of the most impressive bands in rock history, thanks to their impressive rhythm section and the guitar wizardry of Eddie Van Halen. And for a tribute band to accurately recreate that sound is no small feat.

“The lucky thing is that we happened to find a guy who sounds, looks, acts, smells and tastes like Eddie! His name is Jake Miller, and he does a great job. He stays on top of his gear, too, making sure his guitar tone sounds just like Eddie’s. Plus, as a band, we all have such a great chemistry.”

That chemistry is sure to come through on stage at Fakefest, an event Completely Unchained has enjoyed performing at several times in the past.

“The atmosphere at Fakefest is electrifying,” Henriksen says. “They always pair us up with some really incredible bands, and it just makes for a really great weekend of music.”

The rest of the fest

Hailing from The Boss’ hometown of Asbury Park, The E Street Shuffle will get Fakefest started with a bang as they perform their unforgettable tribute to Bruce Springsteen and the E Street Band Thursday night. The Shuffle has been around for 15 years, playing venues all over the country, and is known for never having performed the same setlist twice. Blending in the megahits of Springsteen’s catalog with deep cuts backed by the intensity of the band’s passionate, soulful stage presence, the E Street Shuffle has created one of the most well-rounded tribute shows you are likely to see. Expect to shout the words back to “Born to Run,” “Rosalita,” “Glory Days” and more. Go to TheEStreetShuffle.com.

Masterfully recreating the musicianship, look and vocal prowess of Journey in its early to mid-‘80s heyday, Separate Ways The Band is about as close as you can get to the real thing. Taking audiences on a literal journey back in time, the band brings all the power and sing-along choruses of one of rock music’s finest arena-rock bands. Expect to hear them belt their way through your most beloved Perry-era classics like “Any Way you Want It” to “Open Arms” and all points in between. Go to SeparateWaysTheBand.com.

One of the most popular American bands of the last half century, Chicago blends rock sounds with soulful horns to create a truly unique sound. And that sound and style has been painstakingly recreated by the members of Beginnings, a New York-based tribute to the music of Chicago. Formed in 2002, Beginnings is made up of some of the most musically talented pros in the area, each of which manage to expertly pull off the nuances of the music. Fans can look forward to Chicago faves like “Saturday in the Park,” “Baby, What a Big Surprise” and “Hard Habit to Break.’ Go to BeginningsLive.com.

We love the witty names some tribute acts come up with, but New York’s Finest takes the cake in that department. Names aside, this tribute to The Police is truly impressive, as much like the band it pays tribute to, there are only three members. That means there aren’t many places to hide if you make a mistake, and when attempting to live up to the skills of Sting, Andy Summer and Stewart Copeland, let’s just say all three members of New York’s Finest will have their hands full. Expect them to blow you away with their intricate timing and complex rhythm structures, as well as singer/bassist Mark Rinzel’s incredible ability to hit those awesome high notes made famous by Sting. Go to FinestPoliceTribute.com.

Let’s face it: With only two original members still living, The Who is halfway to being a tribute band at this point anyway, so what’s the difference? And Who’s Next offers up a tribute so accurate, you’ll think you were listening to Daltry, Townsend, Entwhistle and Moon in their prime. The band even performs with exact replicas of the guitars, amps and drums used by The Who. Fans can expect to hear much-loved Who classics such as “Won’t Get Fooled Again,” “Baba O’Riley,” “My Generation” and more. Go to WhosNextTributeUSA.com.

Arguably the most loved American rock band to ever come out of Florida, Tom Petty and the Heartbreakers managed to connect with listeners with their brilliant melodies and straightforward rock approach. Sadly, with the passing of Petty in 2017, fans no longer have the ability to see him perform live. And that’s where Refugee steps in. Seasoned pros that have dedicated their lives to making music, Refugee brings a visually and musically stunning stage show to Fakefest. Get ready to sing along to all the greatest songs in Petty’s vast catalog including “American Girl,” “Mary Jane’s Last Dance” and “Free Fallin’” among others. Go to TomPettyAndTheHeartbreakersTribute.com.

Anything but late to the party, Unforgettable Fire has been together since 1995, making them one of the first U2 tribute bands to perform in America. Still going strong more than 25 years later, the band meticulously reproduces each aspect of attending a U2 concert, from the spot on vocals and music to the lighting, wardrobe and mannerisms. Covering all periods of U2’s extensive career, fans can expect to hear everything from the oldest tracks from the early ’80s to the newest music the band has released. Go to UF2.com.

It doesn’t get more rock ’n’ roll than The Rolling Stones and this year Fakefest will close out its four days of music with a performance from Classic Stones Live. Singer Keith Call effortlessly channels the swagger of Jagger, while guitarist Bernie Bollendorf oozes Keith Richards’ cool. The band performs all of the iconic songs from the Stones in their original tunings, and puts forth an unforgettable show night after night. It takes a rare group to properly pay homage to one of the most legendary of all rock bands, but somehow Classic Stones Live pulls it off. Go to TheGlimmerTwins.com.

After 2020 produced the summer that never was, this year the Boardwalk in Wildwood has snapped back to its old self, and from the looks of it,…

Comedian Eddie Griffin speaks his mind — without fear of repercussions

When you think of Eddie Griffin, your mind may immediately go to images of him as the always energetic Eddie Sherman, the character he played …

Completely Unchained is one of nine incredible tribute bands that will rock The Deck at Golden Nugget for this year’s Fakefest.