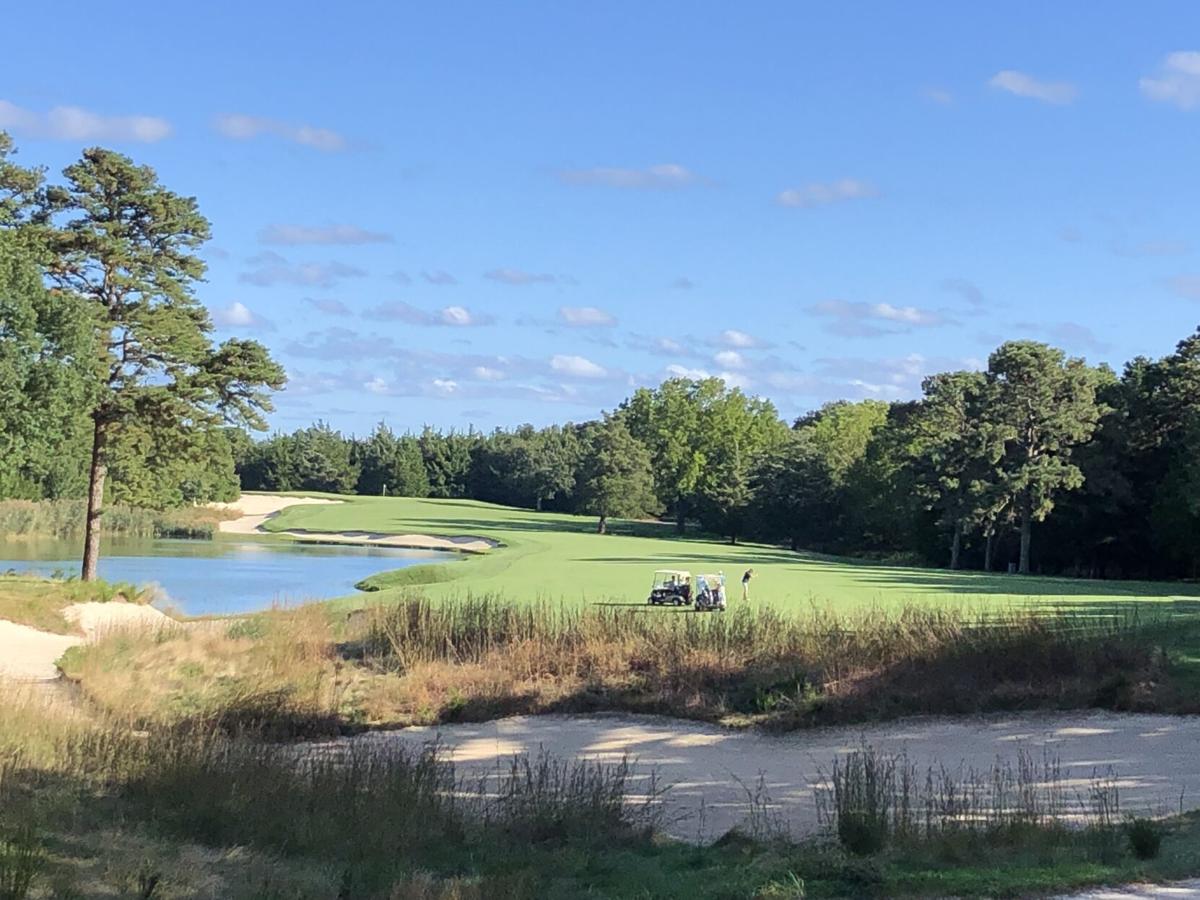 GALLOWAY TOWNSHIP — It’s not a coincidence that you have to pass through pearly white gates in order to access Galloway National Golf Club.

The private course is a golfer’s heaven.

And it’s tough to get in.

The exclusive club — you have to be a member or be invited by a member to play — is owned by Vernon Hill, founder of Commerce Bank. Rumor has it Hill, 76, was so frustrated at the long, slow pace of summer rounds at local public courses that he hired renowned golf architect Tom Fazio to create a private one that opened in 1995. Another popular story suggests he decided to have his own course built after being denied membership at Pine Valley.

Whatever the reason, Fazio built a course that is considered among the best in the country. Golf Digest ranked it No. 131 in its 2021 list of “Best Courses in America” and No. 6 in its “Best Courses in New Jersey.”

A recent round justified its lofty status. Every hole is daunting but breathtaking, especially those that offer views of the Atlantic City skyline across Reeds Bay.

The par-71 layout plays 7,111 yards from the championship tees, 6,645 from the blues, 6,049 from the whites and 5,052 from the front tees. Wide, rolling fairways lead up to undulating, multi-tiered greens that are virtually impossible to read without the help of a caddie or forecaddie.

It doesn’t take long to be wowed.

The opening hole, a Par-4 that plays 346 yards from the whites, requires a strong drive over a waste area to a dogleg right about 230 yards away. As soon as my cart made the turn, I was treated to an awesome view. Two bunkers guard a two-tiered green that sloped from back to front. Behind the green sat an imposing tree that seemed to serve as an entrance to the bay.

The par 3s are what really separates Galloway from most other courses, however. The shortest of the five is 148 yards while the others are all at least 165, which in the case of this 12-handicap meant pulling out a 3 or 4 hybrid for tee shots.

Honestly, every hole was special in its own way, whether it was because of its challenges or the awesome backdrops.

Playing in a scramble as part of a tournament eased the pressure of having to make perfect shots. Kudos to our forecaddie, Jeff, for his amazing ability to locate and retrieve wayward drives from the woods.

Everything about the place is first-class, from the course to the clubhouse.

Members are said to be able to get through 18 holes in less than four hours. Hill, who sometimes flies in from his Moorestown mansion in a helicopter, reportedly plays at least three times a week and is done in three hours while zooming through the course in a golf cart that can reach 50 miles per hour.

None of which is surprising, considering he is a golfer who hates to wait.

Tap-ins: Galloway National is one of the only local courses that encourages the use of caddies or forecaddies. Caddies are $75 per bag while forecaddies are $35 plus gratuity for exceptional service. Caddies carry your bag for you on the course, while a forecaddie rides in your cart and reads the greens for you but doesn’t carry your clubs.

How much: Private course, membership information is confidential.