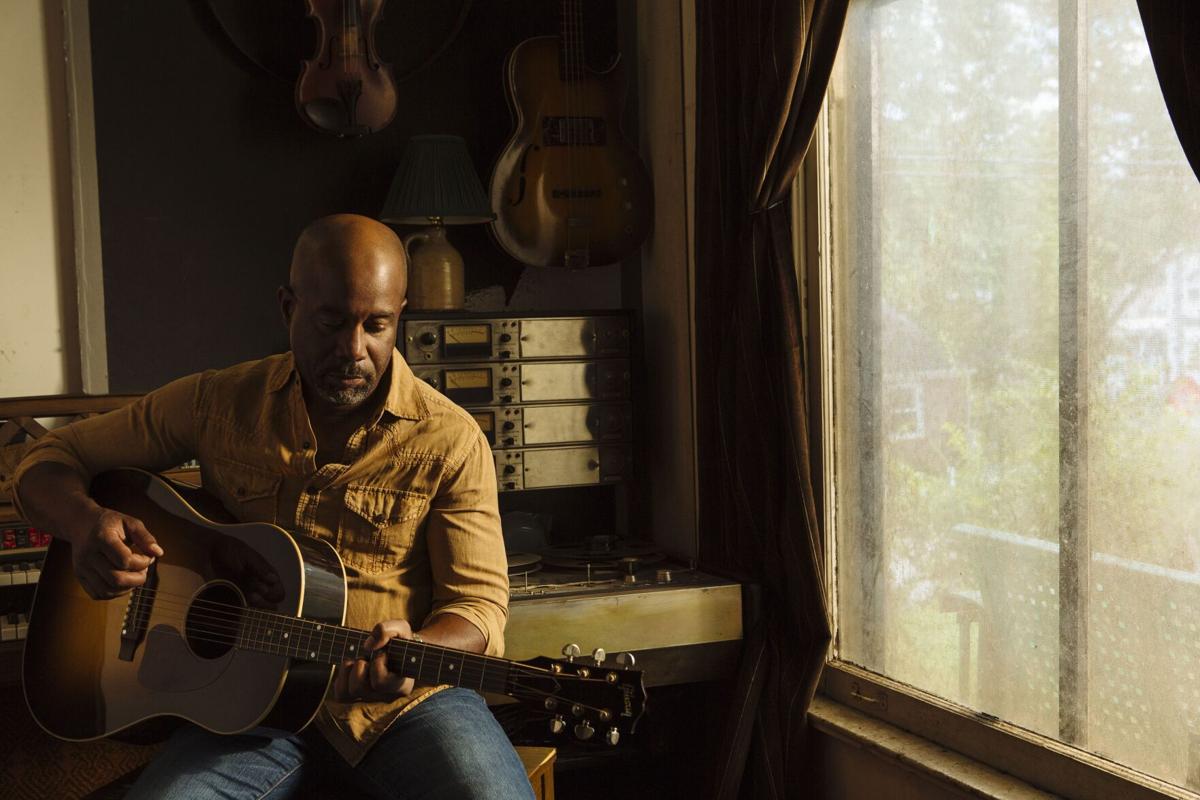 Singer Darius Rucker has managed to climb to the top of the charts both as a member of Hootie & the Blowfish, and more recently as a country artist. 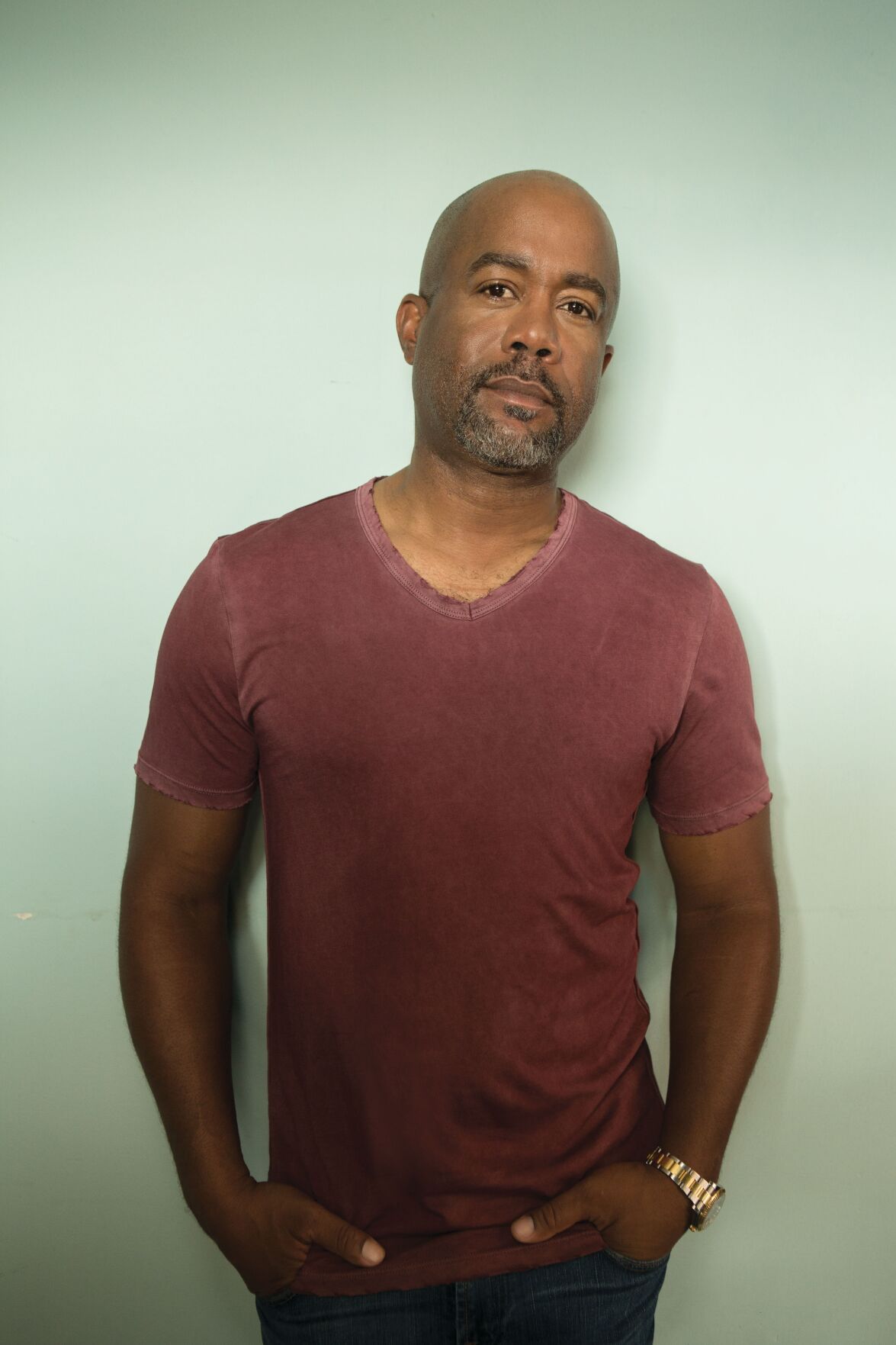 It’s hard enough to achieve stardom once in the music business, but to pull that move off twice within two completely separate genres is all but unheard of. But that’s exactly what Darius Rucker has managed to do.

His band Hootie & the Blowfish tore up the charts in the mid-‘90s, scoring hit after hit with their soulful, acoustic-y, alt-lite brand of unthreatening rock. Despite seeing huge success with their debut album, 1994’s “Cracked Rear View,” in the years that followed the band went on to become a sort of symbol for all that was uncool in the music industry, resulting in an almost Nickleback-esque status that really hurt the credibility of the Blowfish. Rock radio stopped playing them, ticket sales dwindled, and the band faded away without much fanfare.

Then, in the early part of the new millennium, Rucker decided to throw his hat in the country music ring, and to the surprise of many, he was not treated as a punchline, nor as a former adult-contemporary star trying to force a new image on the world. Instead, he was embraced as a legitimate country artist – one who would go on to win both Grammy and CMT awards and score crossover hits like 2013’s “Wagon Wheel,” which sold an astounding 3 million copies.

This week Rucker comes to Hard Rock Hotel & Casino Atlantic City at 8 p.m. Saturday, June 26, to celebrate the casino’s third anniversary. We recently spoke with him about lightning striking twice, his new record and what other tricks he might have up his sleeve.

Ryan Loughlin: A lot of people were surprised when you started releasing country records. Were you always a fan of country or was it something you discovered later on in life?

Darius Rucker: I was always a fan of country music – ever since I was a kid, but singing it really started happening for me around 1989. I was really into Lyle Lovett and Dwight Yoakam and especially Nancy Griffith. And then in 1992 this guy named Radney Foster came out with this record called “Del Rio, TX 1959.” And the only way I can describe it is that it changed the way I heard music. And ever since then, I wanted to make a country record.

RL: As an African American, how significant was it for you to see yourself achieve such success in such an overwhelmingly white-dominated genre such as country music?

DR: It was amazing because I didn’t expect it. I wasn’t even looking for a record deal, because I didn’t think I could get one, because not only was I a black guy, but I was also the “pop guy.” I had two strikes against me. So who was going to give me a record deal? I always say that if I was my own brother and also the president of a label, I still wouldn’t have given me a record deal. (laughs). And when I got that deal all I wanted was to be able to make a second record. That was success for me.

RL: You toured with Hootie in 2019. Do you see a lot of crossover between fans of that band and fans of your country work?

DR: Yeah. The (country) fans that are a little older have been around for a while, and I think a lot of them go back to the Hootie days as well.

RL: You co-hosted the CMAs in 2020. How was that experience? Would you be willing to do it again?

DR: That was so much fun! I would love to do that again. I’m still on Cloud 9 about getting to do that in the first place.

DR: Oh I’m very excited about the new record. It’s been cool to be in the studio with those guys and recording again. And going through the pandemic gave me a lot of stuff to write about. I’m excited to get this thing out and for people to hear it.

RL: As someone who is always on the road, did being stuck at home during the pandemic feel like a relief, or were you itching to get back on the road?

DR: Oh, I’m always itching to get back on the road for sure! But it was also a relief to be back at home and get to spend time with the kids that I wouldn’t have been able to if I was on the road.

RL: Your success has come in two distinctly different waves. Do you have any plans for anything else that people might not see coming? A heavy metal record or a starring role in a James Bond movie or something?

How much: Tickets, priced at $79, $99 and $199, are available at the Hard Rock box office and Ticketmaster.com

After 2020 produced the summer that never was, this year the Boardwalk in Wildwood has snapped back to its old self, and from the looks of it,…

Comedian Eddie Griffin speaks his mind — without fear of repercussions

When you think of Eddie Griffin, your mind may immediately go to images of him as the always energetic Eddie Sherman, the character he played …

Singer Darius Rucker has managed to climb to the top of the charts both as a member of Hootie & the Blowfish, and more recently as a country artist.