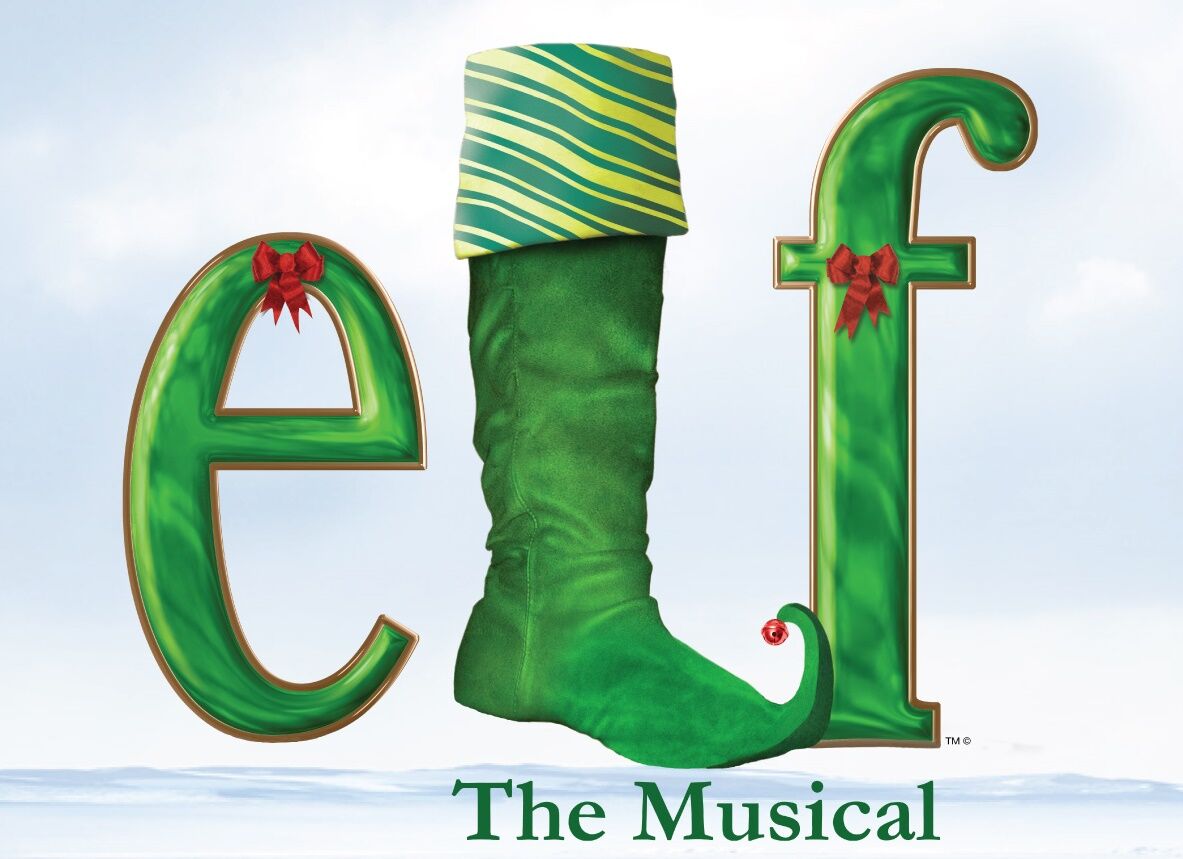 The cast of ‘Elf — The Musical’ poses for a behind-the-scenes shot while in rehearsals for their upcoming run of shows at the Levoy Theatre. 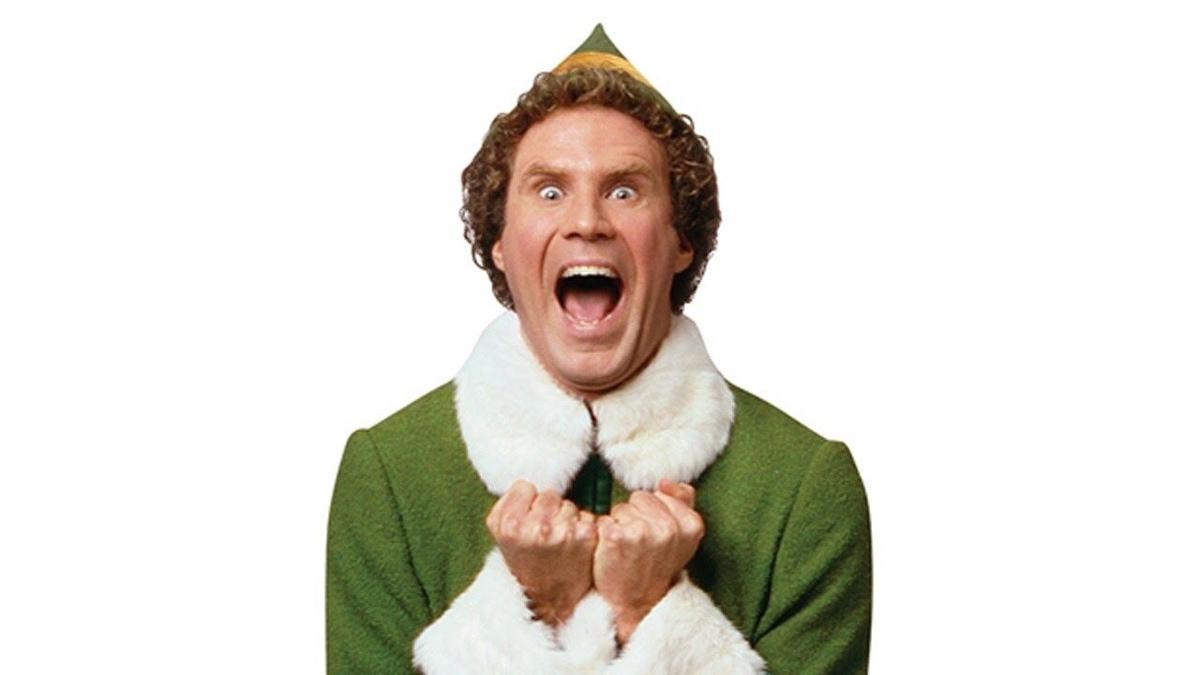 Most movie genres have a long list of films that are generally considered “classics.” From comedies to dramas to horror films, beloved classics continue to pile up, as more are released year after year to the delight of movie buffs everywhere.

But one category that has spawned only a handful of true classics is the holiday movie. Oh sure, plenty of filmmakers try, but most fail in their efforts. In fact, you can likely count the number of universally loved holiday movies off the top of your head — “A Christmas Story,” “National Lampoon’s Christmas Vacation,” “Miracle on 34th Street,” “It’s a Wonderful Life,” “Home Alone” and “Scrooged” come to mind, and maybe “Die Hard” if you want to be a wiseass about the whole thing. But after that it’s mostly garbage efforts like “Ernest Saves Christmas,” along with an endless parade of dreadful Hallmark-style made-for-TV movies and not much else.

In 2003, “Elf,” the movie that would go on to become arguably the most cherished holiday film of the 21st Century, was released. Starring Will Ferrell as Buddy, an elf who travels from the North Pole to New York City in search of his naughty-listed biological father, “Elf” was a smashing success, earning $222 million worldwide on a budget of just $33 million. And its popularity has only grown over time, spawning everything from video games to an animated TV special to a Broadway musical.

This year, the Levoy Theater — in conjunction with local theater group the Off Broad Street Players — will host its own stage version of “Elf — The Musical” for a run of dates throughout this month. And opening night kicks off 8 p.m. Friday, Nov. 12.

But what is it about this story that resonates so strongly with audiences?

“Elf is a classic because both the movie and the musical have so much heart and so many relatable characters,” says Domonic Barnes, director of the show. “Whether you see yourself as a Buddy or a Walter, you can see yourself in the story being told. So in that respect it’s truly universal. Let’s be real — who doesn’t love the idea of an elf running around spreading Christmas cheer? I mean come on, it’s fun for the entire family!”

Obviously, when adapting something from screen to stage, there are bound to be some differences. And for those who have the original film tattooed on their brain, any changes can be hard to accept. But in the case of “Elf,” things are likely to be just as you remember them.

“Honestly, there aren’t many differences between the movie and the musical,” Barnes assures us. “The big one that jumps out is that Santa is the narrator in the musical instead of Papa Elf. But the musical has all the iconic lines and moments we love from the movie, only now they are live on stage and enhanced by some pretty incredible theater magic.”

And though the lines and much of the staging might be the same, filling the pointy shoes of one of the greatest comedic actors of our time is a lot to ask anyone.

“Will Ferrell is an icon, indeed, and when I was given the challenge of bringing ‘Elf’ to life on the beautiful Levoy stage, the task became not only to bring people what they love and expect, but to also put our spin on the material,” the director says. “It was nerve racking at the beginning, but when Nick Flagg (who plays Buddy in this version) opened his mouth at callbacks, I knew we had the right person. Nick brings the playful and naive energy we all know and love about Buddy the Elf, but with a whole lot of heart and honesty. He is funny and a truly kind person that brings such light to our show.”

Music plays a big role in the feature film, with Buddy and many of his co-stars using the medium as a way to inspire Christmas cheer, speed up the production of toy building and, sometimes, just for the fun of busting out a duet in a public restroom. And as you might imagine, the stage version of “Elf” takes the musical numbers to a whole other level.

“The Levoy/OBSP production of ‘Elf’ brings you the full theatrical experience, including a live orchestra composed of 16 musicians performing this incredible score at every performance. We are pulling out all the stops with some special holiday magic and a few surprises along the way,” Barnes promises.

When: Various times and dates from Nov. 12 through 21

So, think you know all the ins and outs of Buddy and the gang? Here are some fun facts about the movie you may not have heard.

It was a long time coming

Though it eventually became a huge hit at the tail end of 2003, the script for “Elf” had been floating around Hollywood since 1993 with no studio or director quite ready to pull the trigger. Luckily, after a series of rewrites which lightened the overall tone of the film, Director Jon Favreau took the reins and created the holiday masterpiece we all know and love.

It’s more real than you think

Despite computer-generated imagery being available at the time, Director Jon Favreau insisted on using old-school analog visual techniques throughout the North Pole scenes, including the use of forced perspective to create the illusion of Buddy being much larger than the other elves. CGI was only used a handful of times, including Buddy’s incredible long throw in the snowball fight scene.

It’s a Christmas Story — in more ways than one

If one of the head elves at the North Pole looked particularly familiar to you, that’s because he was played — in an uncredited role — by none other than Peter Billingsley, the same actor who played the lead role of Ralphie in another holiday classic, 1983’s “A Christmas Story.”

If you’re hoping for a sequel, don’t hold your breath

Despite the incredible popularity of the film, Will Ferrell has repeatedly insisted that he is not interested in making a second “Elf” film. And we imagine he really means it, as he reportedly turned down an offer of $29 million to star in a sequel.

There were other elves considered

Though it’s hard to picture anyone but Ferrell in the iconic role, it has been reported that when the script first arrived in Hollywood, the original choices for Buddy the Elf included Jim Carrey and Chris Farley. A very different film would have resulted had either choice come to fruition.

The cast of ‘Elf — The Musical’ poses for a behind-the-scenes shot while in rehearsals for their upcoming run of shows at the Levoy Theatre.