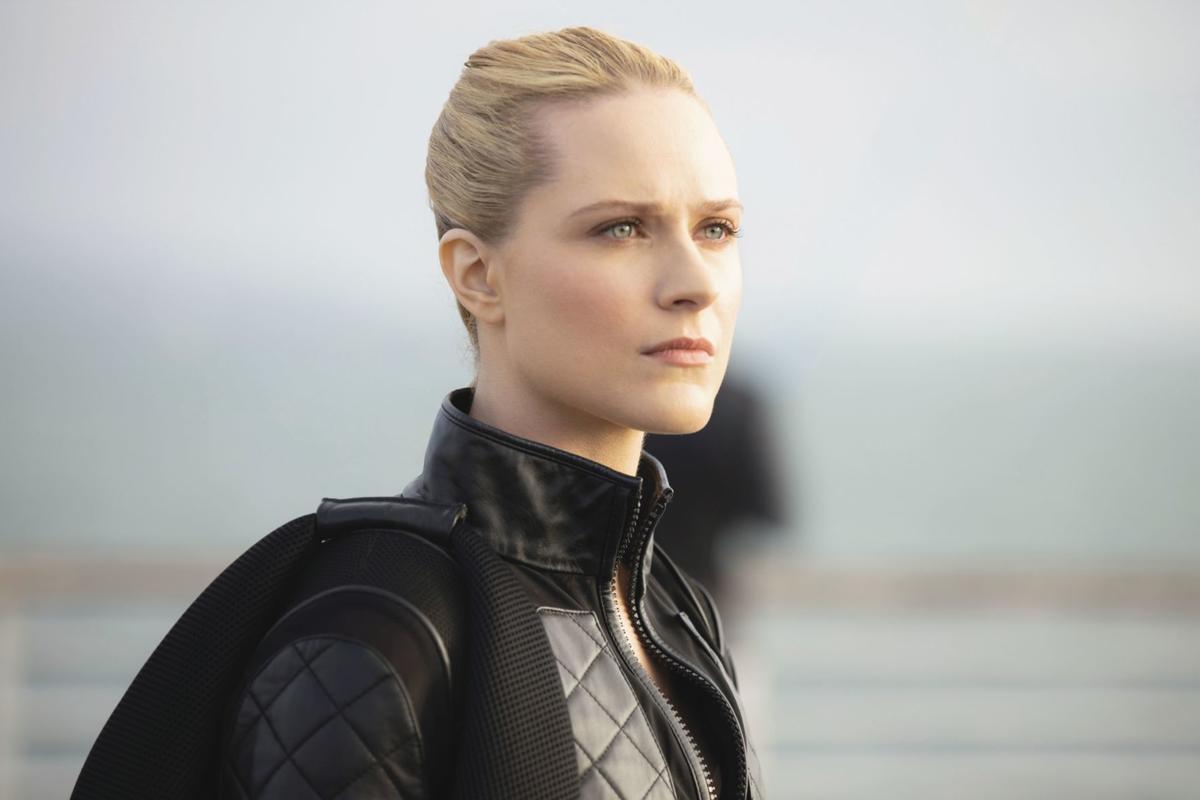 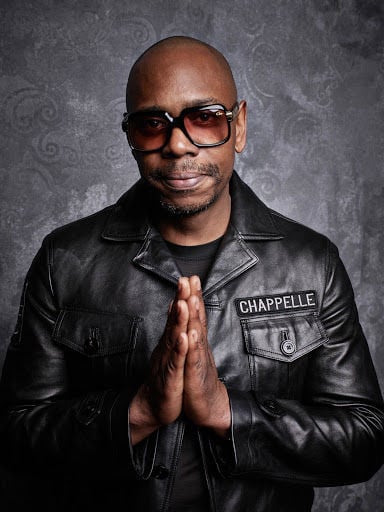 Comedian Dave Chappelle was honored with the Mark Twain Prize for American Humor at the Kennedy Center in Washington, D.C. 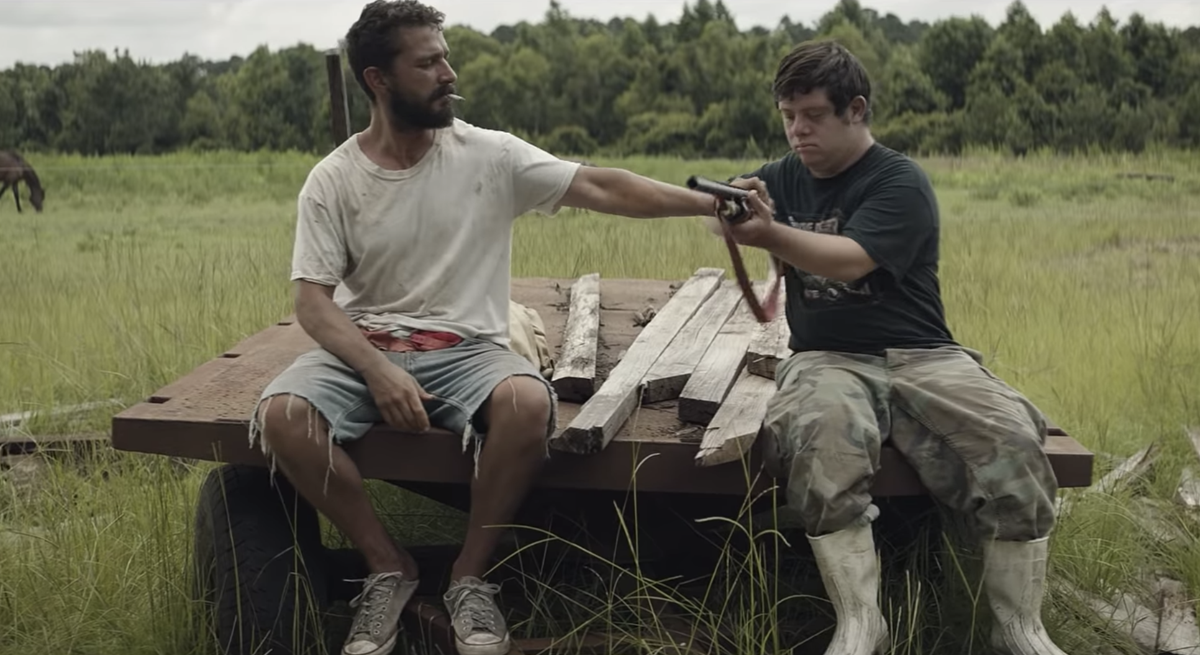 ‘The Peanut Butter Falcon’ masterfully tugs at the heartstrings.

Comedian Dave Chappelle was honored with the Mark Twain Prize for American Humor at the Kennedy Center in Washington, D.C.

‘The Peanut Butter Falcon’ masterfully tugs at the heartstrings.

In this edition of Cronick’s Couch, I encourage you to take a road trip with a Down syndrome dude who wants to be a professional wrestler, recommend having a laugh with a talented group of comedians paying homage to another comedian on Netflix, hope you revisit a zombie show that I gave up on years ago, while telling you not to bother with HBO’s signature series.

The Peanut Butter Falcon (Rated PG-13, 2019, 93 minutes, for rent or purchase on any streaming service) — Sometimes, a movie can pull on the heartstrings just enough so that it’s not overly dramatic yet gets its emotional point across.

Zal (Zack Gottsagen) is a young man with Down syndrome unfairly forced by the state to live in a nursing home. So, with the help of Carl, another fantastic bit of acting from the legendary Bruce Dern, he breaks out to look for a professional wrestling school run by his favorite wrester, the Salt Water Redneck, played perfectly by the always intriguing Thomas Haden Church.

With no supplies and wearing just his underwear, Zak runs across Tyler (Shia LaBeouf), a down-on-his-luck fisherman on the run from some trouble he caused who decides to help Zak as they both make their way south.

The road trip also features Eleanor (Dakota Johnson), the state worker responsible for finding Zak, and some real-lie wrestlers: Mick Foley and Jake “The Snake” Roberts, the latter who has certainly seen better days but is perfectly cast here.

Along the way, Zak and Tyler fish, swim, drink and, most importantly, bond in a heartwarming story that somehow avoids the cheesy mess it could have become. And the big reason for that is LaBeouf, who finally puts his ego aside to settle in a role that many of his longtime admirers have been hoping he would tackle. His Tyler is angry, sarcastic, smart, daring and ultimately compassionate as the innocent and lovable Zak becomes the best therapy anyone could ever ask for.

“The Peanut Butter Falcon” is fun, captivating and touching in an old-school movie kind of way, and it’s exactly what the doctor ordered in these crazy times.

Chappelle is allowed to have his moments here, delivering the finale of the evening that is more touching than it is funny, but where Chappelle — and many of his friends — particularly shine is during small but hilarious stand-up appearances they made that weekend at The Improv, the D.C. comedy club where Chappelle got his start. Chappelle, as you would imagine, particularly shines as he reflects on his younger days in an audience that is full of his friends and family, including his mother.

But the majority of the special takes place at the Kennedy Center where Tiffany Haddish remembers Chappelle taking her bowling at Eddie Murphy’s house, Jon Stewart reveals how Chappelle walking away from a $50 million deal at Comedy Central was good for Stewart, Aziz Ansari talks about a night taking mushrooms with his idol, and Neal Brennan steals the night with his stories about co-creating “Chappelle’s Show” with the night’s honoree.

The beauty of this whole project is how the comedians and presenters may have been wearing evening gowns and tuxes, but they stay true to the no-holds-barred, honest and often raunchy comedy that Chappelle would not only demand from them, but especially from himself.

The Walking Dead (10 Seasons, AMC) — At one point, “The Walking Dead” wasn’t just the most popular TV show, it was also the best show on television. Daring, gritty, scary, revolutionary and never afraid to take chances, the survivors’ battles against zombies was just a setting to truly tell the personal stories of the eclectic people trying to jumpstart a new world.

But after five or six seasons, “The Walking Dead” jumped the shark, probably when Negan bashed in the skulls of Glenn and Abraham. So after enduring the rest of Season 7 and some of 8, I gave up. It became boring, repetitive and predictable, going against everything the series stood for since it began.

Putting it out of my mind and out of my DVR for a couple of years, I was drawn back in after a friend kept urging me to give it a shot again. And man, am I glad I did.

Season 9 not only marks the end of Rick Grimes’ (Andrew Lincoln) reign but the arrival of The Whisperers, a group of savages who walk among the dead by wearing masks made from the undead’s skin. The Whisperers single-handedly saved the show, but new showrunner Angela Kang reinvigorates the series and finds new ways to make “The Walking Dead” feel new again despite its long run.

Like the earlier seasons, no one — no matter how popular they are on the series — is safe as Kang and her team find new ways to keep viewers thrilled while luring back lost fans like me with intelligent, surprising storylines propelled by The Whisperers, who are the best villains Comic Creator Robert Kirkman ever created.

As crazy as Season 9 is, Season 10 is even better. If you strayed from “The Walking Dead,” jump back on starting with Season 9. You won’t regret it.

Not Worth Your Time

Westworld (Three Seasons, HBO) — Since “Game of Thrones” left the paid service, HBO was counting on “Westworld” to be its next signature series.

And it has all of the makings to be just that, as evidenced in Season One. A theme park modeled in the style of the Wild West allows humans to visit and live there like they were in a video game. It’s like if “Red Dead Redemption” came to life.

Of course, nothing goes right, and some of the robots who comprise the cast of characters ranging from outlaws to Indians to barkeeps, prostitutes, lawmen and the farm girl next door become smarter than the humans, revolt and try to escape to the real world.

Budget? No problem. The 10-episode first season was reportedly produced on a budget of $100 million with a $25 million pilot, making it one of the most expensive — and best-looking — series to ever hit the small screen.

So while it has all of those things going for it, what it doesn’t have is the ability to continue the thrills, excitement and creativity of Season 1 that was inspired by the 1973 Michael Crichton film of the same name and its 1976 sequel “Futureworld.” Season 2, while still worth watching, mostly stayed rooted in Westworld as the humans continued to lose control.

Season 3, through Episode 4, hasn’t gone back to Westworld at all as the Delores (Wood) learns how artificial beings and lower-class humans are unfairly treated in the real world, which she would like to take over. Not even a trip to Warworld, where Maeve (Newton) gets to kick some Nazi ass can save this convoluted, boring, confusing mess that is, by far, the biggest disappointment of the 2020 television season … so far.

(If you have anything you want to recommend, please comment or send me an email at scronick@pressofac.com with your mini-review that we will possibly publish in the future! Also, you can listen to the Off The Press with Scott Cronick radio show 4 p.m. Wednesdays for Movie Wednesdays, where Cronick and Kevin Cronin from The Iron Room discuss movies and television on WOND Newstalk 1400-AM, WONDRadio.com and 92.5-FM.)