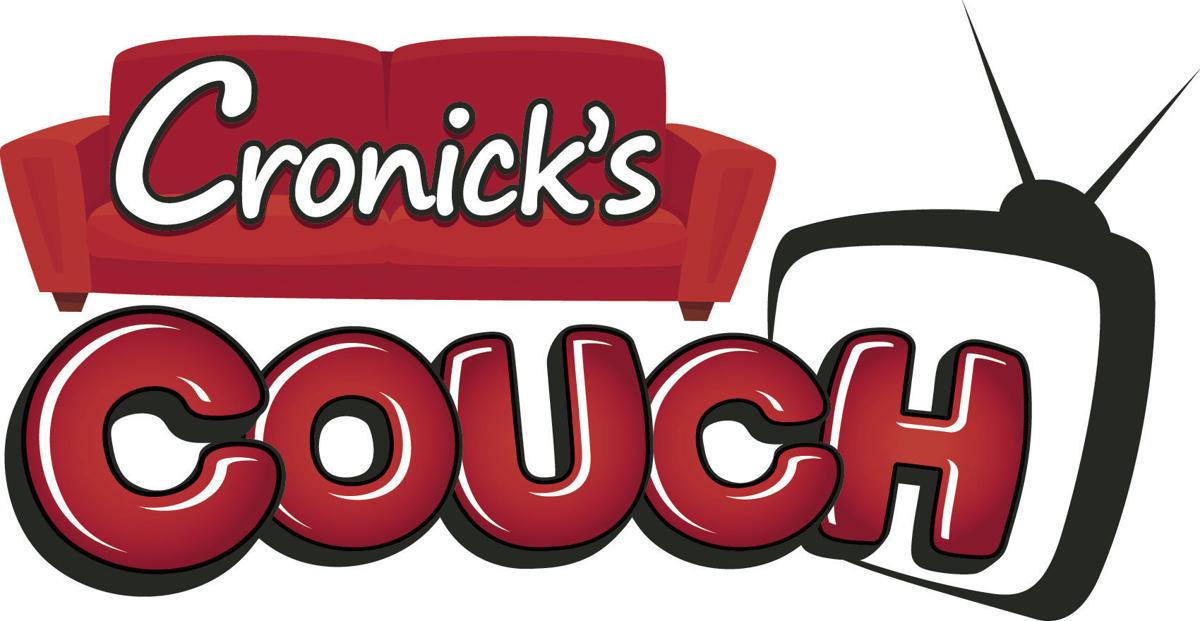 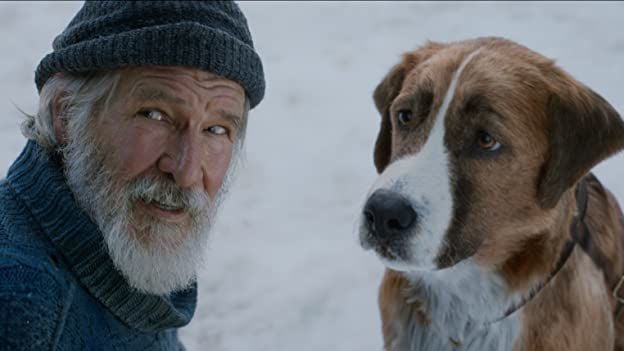 In ‘Call of the Wild,’ Buck, a giant of a dog, experiences the adventure of a lifetime as he ultimately finds his true place in the world. 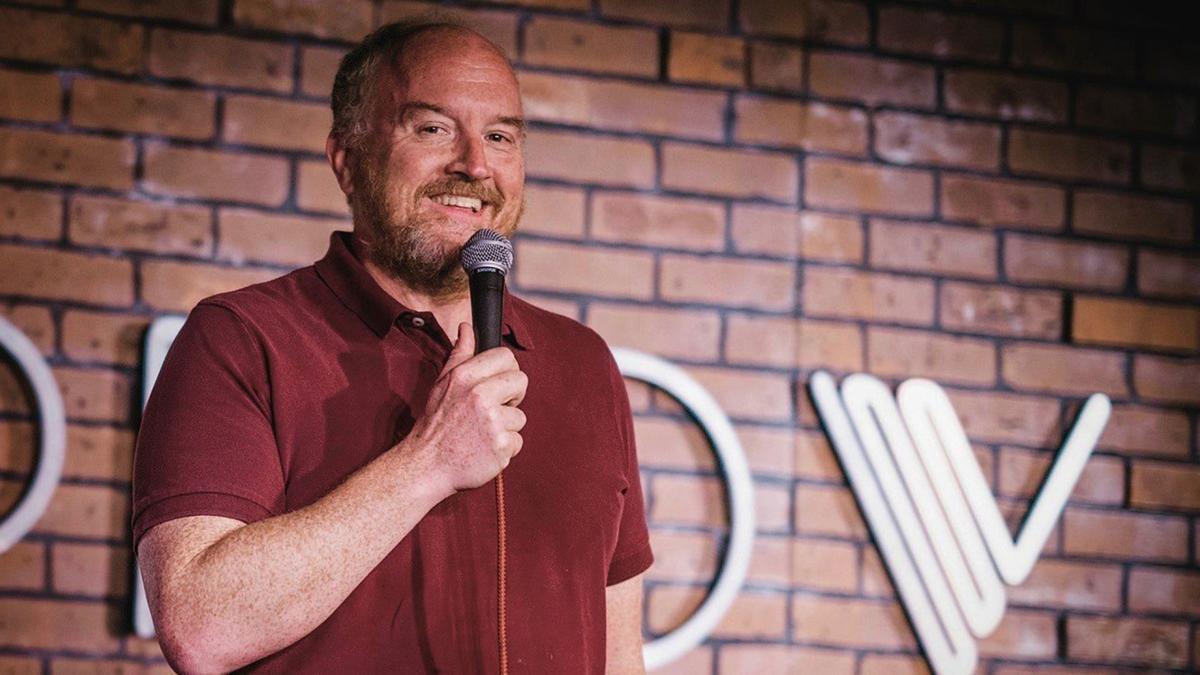 ‘Sincerely Louis C.K.’ isn’t just good, it’s one of his best specials of all time.

‘The Platform,’ a crazy, science-fiction, horror thriller has become quite an internet sensation.

‘The Way Back’ is slow, depressing and, most problematic, boring.

In ‘Call of the Wild,’ Buck, a giant of a dog, experiences the adventure of a lifetime as he ultimately finds his true place in the world.

‘Sincerely Louis C.K.’ isn’t just good, it’s one of his best specials of all time.

‘The Platform,’ a crazy, science-fiction, horror thriller has become quite an internet sensation.

‘The Way Back’ is slow, depressing and, most problematic, boring.

In this edition of Cronick’s Couch, I discover Louis C.K. is back, give a family film recommendation worth checking out, have fun with Guy Ritchie and an awesome acting ensemble, get freaked out on Netflix with a foreign horror flick, cross off a great spy thriller that has been on my must-see list for four years and ponder whether Ben Affleck’s great acting performance is enough to recommend his latest sports movie.

The show must go on: Local musicians find themselves navigating a new and uncertain reality

When the coronavirus began to spread across the country last month, one of the first industr…

Sincerely Louis C.K. (60 minutes, 2020, LouisCK.com) — “So, how was your last couple of years. How was 2018 and 2019 for you guys?” That’s how Louis C.K., comedian, actor, writer, alleged sexual predator begins his latest stand-up special, available directly from his website.

Through the Me Too Movement, the Harvey Weinstein trial, the Kevin Spacey allegations, there was C.K., who seemed to be caught up in movement that he didn’t really belong to. Is he a creepy pervert? Admittedly so. But a predator … probably not.

Is he brilliant? Undoubtedly. Whether you are a fan of his stand-up, his former FX show “Louie” — one of the best comedies to ever air — or his amazing pet play project “Horace & Pete,” no one can tell you C.K. isn’t a comedic genius.

Fortunately, two years away from the masses has made him even sharper here. C.K. not only addresses his issues but, like always, makes you laugh while thinking deeply about society’s inanity.

“Sincerely” isn’t just good, it’s one of his best specials of all time, something he had to do for a real comeback. He rants on church — or lack of it — his mother’s death, “retarded people,” necrophilia, pedophilia … you get it.

C.K. is not for everyone. He’s dark. He’s pessimistic. He’s unapologetic. Not exactly things people may be looking for during these crazy times.

But if you missed C.K. as much as I did, this will be the best $7.99 you will spend all month … unless you find some toilet paper.

(The $7.99 purchase price includes a one-year digital streaming license on CK’s website and full digital downloads available in HD and SD of the special.)

Call of the Wild (Rated PG, 2020, 120 minutes, available for paid streaming on any device) — One of the movies to get an early release to streaming platforms because of the coronavirus, this Jack London tale has been told many time before, but this may be the best of the batch.

A family film through and through, it features a spoiled dog named Buck, a giant of a dog with some St. Bernard in his genes, that is kidnapped and brought to Alaska during the Gold Rush of the late 1800s.

Along the way, he fights through beatings, finds comfort running a sled for the postal service, finds his way into the hands of an evil gold digger and eventually into the arms of Harrison Ford, who plays a man on his own trying to get through alcoholism and his son’s death.

Undoubtedly there are some Hallmark moments you have to get through here, but “Call of the Wild” is one of those rare, unanimated flicks that adults will enjoy as much as the kiddies.

The Gentlemen (Rated R, 2020, 103 minutes, available for paid streaming on any device) — There have been some good movies getting an early release to streaming platforms because of the coronavirus, and this may be the best of the bunch.

Director Guy Ritchie (“Snatch”) is inconsistent to say the least. But when he flies, he soars, and this stellar ensemble piece is his best work in years.

The story focuses around Matthew McConaughey, who plays a U.K. marijuana drug lord who just wants to get out of the business. But nothing is easy in the drug business as he works out a deal with Jeremy Strong, who really steps it up from his comatose performance in the otherwise brilliant “Succession” on HBO.

McConaughey encounters rival dealers, including a brilliant Henry Golding who wants to be the next Asian kingpin, a menacing reporter who wants a payday in one of Hugh Grant’s most memorable roles, and a group of boxing thieves trained by an equally memorable Colin Farrell, who tries to make amends for the dumb antics of his trainees. To round out the ensemble, Charlie Hunnam finally finds a good film role since departing “Sons of Anarchy,” and Michelle Dockery puts aside “Downton Abbey” for a fun, sexy role as McConaughey’s fierce, independent wife.

Well rounded, well written, nicely acted, aptly directed and downright entertaining, “The Gentleman” proves Ritchie has a lot to offer. Just make sure you turn on the closed captions or you might not understand a bloody word the majority of the cast says through some deep Cockney accents.

Out of nowhere, Netflix released “The Platform,” a crazy, science-fiction, horror thriller from Spain that may not be getting the mileage of “Tiger King” but has become quite an internet sensation.

Flawed to the core but damned entertaining, “The Platform” tells the story of a seemingly good man who volunteers for some reason to be imprisoned in a “Vertical Self-Management Center,” a tower-like structure with a hole through the center.

Every day, gourmet chefs prepare the feast of a lifetime on a large platform that will descend from level to level. If the prisoners only eat a normal amount, the platform will get all the way to the bottom. If they eat too much, the prisoners on the lower floors starve, resulting in some terrible, often cannibalistic behavior.

As a bonus, the prisoners are randomly moved to a different floor every month just to make things interesting and fair.

Why a prison system would want to do this is beyond the viewer, but it doesn’t matter, “The Platform” is clever, interesting horror pulp with some good acting, awesome visuals from Director Galder Gaztelu-Urrutia and an ending that simply sucks.

That said, “The Platform” is a fun ride worth taking.

The Night Manager (Amazon Prime Video, 2016, 6 episodes) — Another one off my longtime checklist due to the coronavirus, this adaptation of John Le Carre’s novel of the same name received major accolades as it was nominated for 36 awards, winning 11 including two Emmys for Director Susanne Bier and Music Composter Victor Reyes, along with Golden Globes for Best Performance to Tom Hiddleston (Loki from “The Avengers”), Best Performance for an Actress in a Supporting Role for Olivia Colman (“The Crown”) and Best Performance for a Supporting Actor for Hugh Laurie (“House”), but I never got time to check it out.

After a four-year wait, it was almost worth it. The six-episode espionage thriller, which originally aired on BBC One, is like a poor man’s James Bond or Jason Bourne story, but a good one nonetheless and, as the awards show suggests, awesomely acted and directed.

Le Carre’s story is about a hotel night manager (Hiddleston) who gets involved with a hotel guest and pulled into a murderous arms deal that results in the death of his lover. Years later after bolting to Switzerland to live the lonely life of a night manager in a different hotel, the same arms dealers led by Laurie show up, and Hiddleston seeks revenge with help from Colman as the head of a British intelligence team.

While a little slow-paced — I couldn’t help think how much better this would be as a two-hour film than a six-hour miniseries — “The Night Manager” delivers everything you would want in an international espionage story: sex, violence, drugs, suspense, intrigue and a little bit of — but not enough — action.

If you are fond of Le Carre and any of these actors, who lead an impressive ensemble of others, “The Night Manager” is worth discovering if it has eluded you like it did me.

Not Worth Your Time

The Way Back (Rated R, 2020, 108 minutes, available for paid streaming on any device) — People seem to either love Ben Affleck or hate him. I am one of the minority since I am indifferent to him.

Sure, he was not very impressive as Batman and, even worse, Daredevil, went through a stretch of embarrassing flicks, including the punchline “Gigli” with ex Jennifer Lopez, but for me he will always have a place in my heart as Holden McNeil in Kevin Smith’s early flicks, the smartass Chuckie in “Good Will Hunting” and the bullheaded A.J. in the silly but fun “Armageddon.” He has even shown some acting and directing chops in “Gone Baby Gone,” “The Town” and “Argo.”

And here, in this flick about an alcoholic construction worker called by his priest to coach his former high school basketball team, where he was once a superstar, shows Affleck in fine form. The guy can act.

The problem is the story, which as the plot would outline, is a cliché to start with, and Writer Brad Ingelsby doesn’t dig deep to get it above that. Neither does Director Gavin O’Connor, who fails to not only be creative here but to inject any real sense of movement in the relatively mundane narrative.

Another of the movies to get an early release to streaming platforms because of the coronavirus, “The Way Back” is slow, depressing and, most problematic, boring. It may be the most uninspiring sports movie of all time.

(If you have anything you want to recommend, please comment or send me an email at scronick@pressofac.com with your mini-review that we will possibly publish in the future! Also, you can listen to the Off The Press with Scott Cronick radio show 4 p.m. Wednesdays for Movie Wednesdays, where Cronick and Kevin Cronin from The Iron Room discuss movies and television on WOND Newstalk 1400-AM, WONDRadio.com and 92.5-FM.)

A guide to pairing food and wine

During these times of COVID-19, I hope this finds you safe and healthy. There are some incredible restaurants offering takeout in our communit…

Gamblers likely to proceed with caution when casinos reopen

Don’t look for a surge in customers when Atlantic City’s casinos reopen.

Quarantine cuisine: In the kitchen with Carey Hettmannsperger of Essl’s Dugout

If there is one thing you can count on when you head over to Essl’s Dugout in West Atlantic City, it’s that they will provide you with some of…