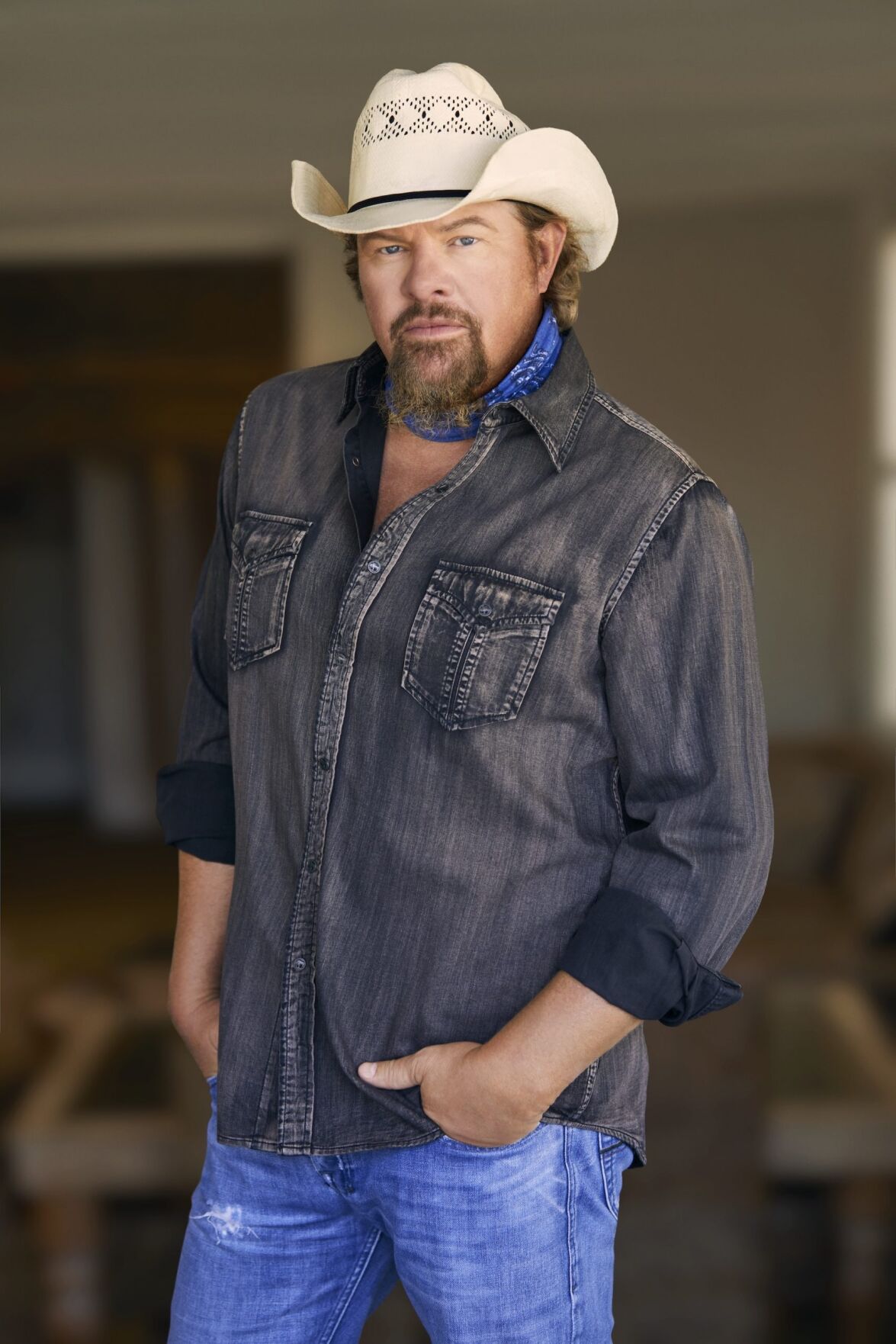 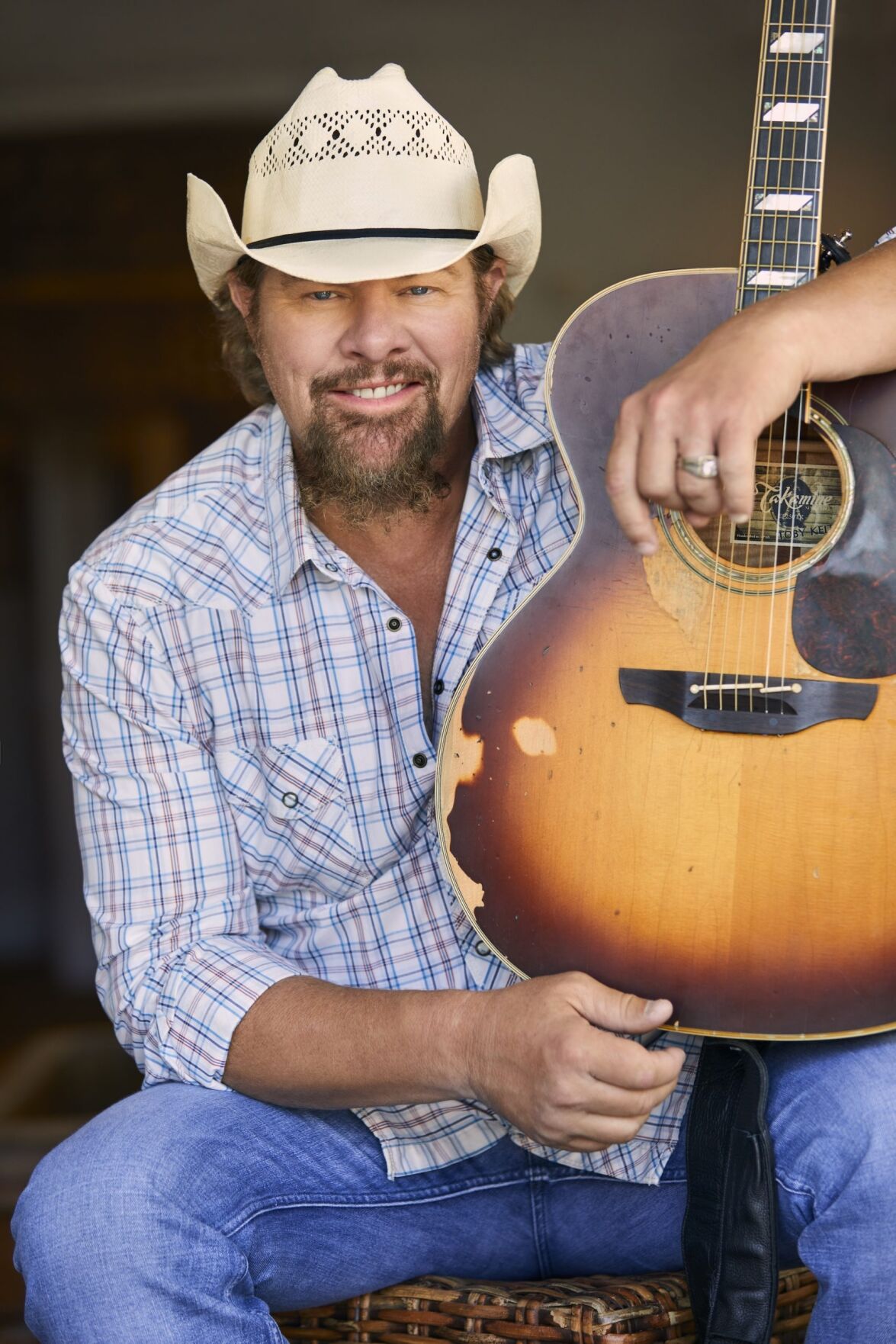 Toby Keith is a complex character.

He is one of the most popular country music stars of our time, but has somehow felt like an outcast within his own industry. He has long been painted as a symbol for right-wing, flag waving, yet he was a registered Democrat until switching to become an independent a few years ago.

Keith still writes songs about partying, but admits that he has slowed down in that department in recent years and, recently, the man synonymous with the U.S. of A. spent much of the pandemic in Mexico laying low while working on his first studio album in 6 years, “Peso in My Pocket,” which is set to be released Oct. 15.

Before that album drops, Keith is back on the road in full swing. And he comes to Hard Rock Hotel & Casino Atlantic City’s Etess Arena 7 p.m. Sunday, Sept. 5, for what is sure to be one the last do-not-miss shows of Summer 2021. We had the rare opportunity to speak with Keith about his new album, politics and what it’s been like to be back on the road in a post pandemic world.

TOBY KEITH: Well, country music did a big changing of the guard. When I had “Red Solo Cup” out in 2011, I hosted the CMT awards, and it was the usual faces. Then I came back a few years later and they had me giving out the Best Male Vocalist Award, and suddenly I don’t know anybody up for the award, and I don’t know anybody backstage. It was that quick (that things had changed). It wasn’t the usuals. It wasn’t Tim and Faith and Kenny. I don’t know what happened, but it was like COVID had hit country music. It was the changing of the guard overnight.

And I put a couple albums out after that, and my formula didn’t change, but they weren’t getting played. They just weren’t playing that kind of music anymore (on the radio). So I just kinda lost my desire to be that hungry, and I decided to just go and do some fun stuff. I did a song for a Clint Eastwood movie and a few other things. I just thought, “If they’re not gonna play this kind of music anymore, I’m not gonna bust my hump.”

RL: Tell us about “Peso in my Pocket.” How did it come to be?

TK: I spent the first six months of COVID in Cabo. I was down there when it hit, so I kinda just stayed there. It was the perfect place to be. I was in a resort where I live, and I have golf and outdoor dining everywhere. So I was like, “Why am I gonna go back to the sh-t show?”

And my manager called me and said that he had been getting calls saying that radio stations had been declining in their listenership, and they said they want comfort music. They want familiar voices. So after about the fifth phone call we got from the radio guys, I said: “Alright, I’ll give it another try.”

RL: You have always gotten a lot of attention for various patriotic songs you have written. Do you think those songs have pigeonholed you in some ways or made some people overlook your other work?

TK: Well, they did for a while. Certain radio stations won’t play you because they have a political mind. It’s more of a political pigeonhole than anything.

RL: What are your thoughts on the insurrection?

TK: Both sides are idiots. For six months before that (the insurrection), the whole world acted like that. There were several cities that had the same (riots). And they say, “Well, it wasn’t the capital building.” I know that, they are all wrong. The whole thing is wrong. The thing is, one side says the insurrection is wrong and the worst thing that’s ever happened. And then you look at Portland and Detroit and places like that. It just looked like a reaction to what had happened over the last six months. That’s all it looked like to me.

RL: You have recorded a lot of songs about partying – “Thunderbird” on the new record comes to mind. Do you still find yourself hanging out and having a good time as much as you did when you were younger?

TK: Yeah, not quite as much. “Thunderbird” is about being at the lake. I came back and moved up to my lake house, and it was that time of year where people go into those coves, and they’ll tie a hundred boats up and just hang out all day. Then at night they’ll go rock and roll till they pass out, then get up and start over the next morning. I have a lot of songs about partying. Ninety percent of my songs are about weed and drinking and everything that a conservative wouldn’t do. I’ve got some of the greatest party songs of all time.

RL: You played semi-pro football at one point. If you had a choice to play in the NFL or to be a country music star, which would you have chosen?

TK: Believe it or not, as impossible as it is to play pro football, it felt like it was easier to make it there than it was to get through the eye of the needle and get into country music. But I just had that dream – and I would just keep writing, and I would keep going through every level and keep growing. You can’t control the landscape. All you can do is know your fan base, give ’em what they want and hope for a long career.

RL: So you are back out on the road now. Are you looking forward to playing these shows after so many months stuck at home?

TK: I’ve done 17 shows already, and we’re killing it! We went 18 months without even seeing each other. And you pull up to the first show and everybody’s there — the band, the crew, the truck drivers, the bus drivers, the managers and stage hands. The comradery was great, and everybody showed back up to work, no one left. It was awesome. The best part of this whole business is getting to go do that.

How much: Tickets, priced at $69, $89 and $119 can be purchased at Hard Rock box office or Ticketmaster.com

If you are one of the few people who isn’t familiar with Toby Keith’s work, here are three essential tracks to whet your whistle:

An ode to the classic drinking vessel found at frat houses, BBQs and various other party situations, this track from Keith’s 2011 album “Clancy’s Tavern” was actually his biggest crossover hit. The song is silly and is basically a novelty track – Keith himself once referred to it as “the stupidest song I ever heard in my life” - but it illustrates the fun and silly side of Keith’s work perfectly.

“Should’ve Been a Cowboy”

A country artist writing a song about wanting to be a cowboy may be a bit cliché, but Keith’s first single way back in 1993 struck a chord with listeners and awarded him a No. 1 hit on the Billboard Hot Country charts. It went on to receive heavy airplay on country radio stations around the nation, eventually becoming the most played country song of the 1990s with over 3 million spins. Not bad for a rookie.

“Courtesy of the Red, White and Blue (The Angry American)”

The song that made Keith a divisive figure, “Courtesy” was written as a reaction to both the death of Keith’s father, who was a veteran, as well as to the attacks on America on 9-11. It’s full of puffed-chest bravado about our nation’s military might and ability to crush anyone who attacks America, famously containing the line: “And you’ll be sorry that you messed with The U. S. of A. cause we’ll put a boot in your ass, it’s the American way.” Some cringe at it, some raise their fists in solidarity with it, but pretty much everyone has an opinion on it.

Rock music has always been a little threatening. When it first came out in the 1950s, even something as mild as Elvis’ shaking hips were famou…

If you spent the last few days mourning the end of summer, it’s time to dry your eyes, because there is much fun to be had throughout the mont…

Damn, the Hard Rock Hotel & Casino Atlantic City is not only living up to its name, but it’s completely dominating the Atlantic City enter…

In 1967, Danny Hutton had already achieved moderate success as a singer-songwriter for Hanna-Barbera Records. A few years earlier, Hutton’s “R…

Add another bright-colored feather to the cap of Ocean Casino Resort. They have just announced the addition of an all-new nightlife experience…

In 2019, the Atlantic City Jazz Fest made its debut in America’s Playground, and after going dark for a year due to the pandemic, it plans to …