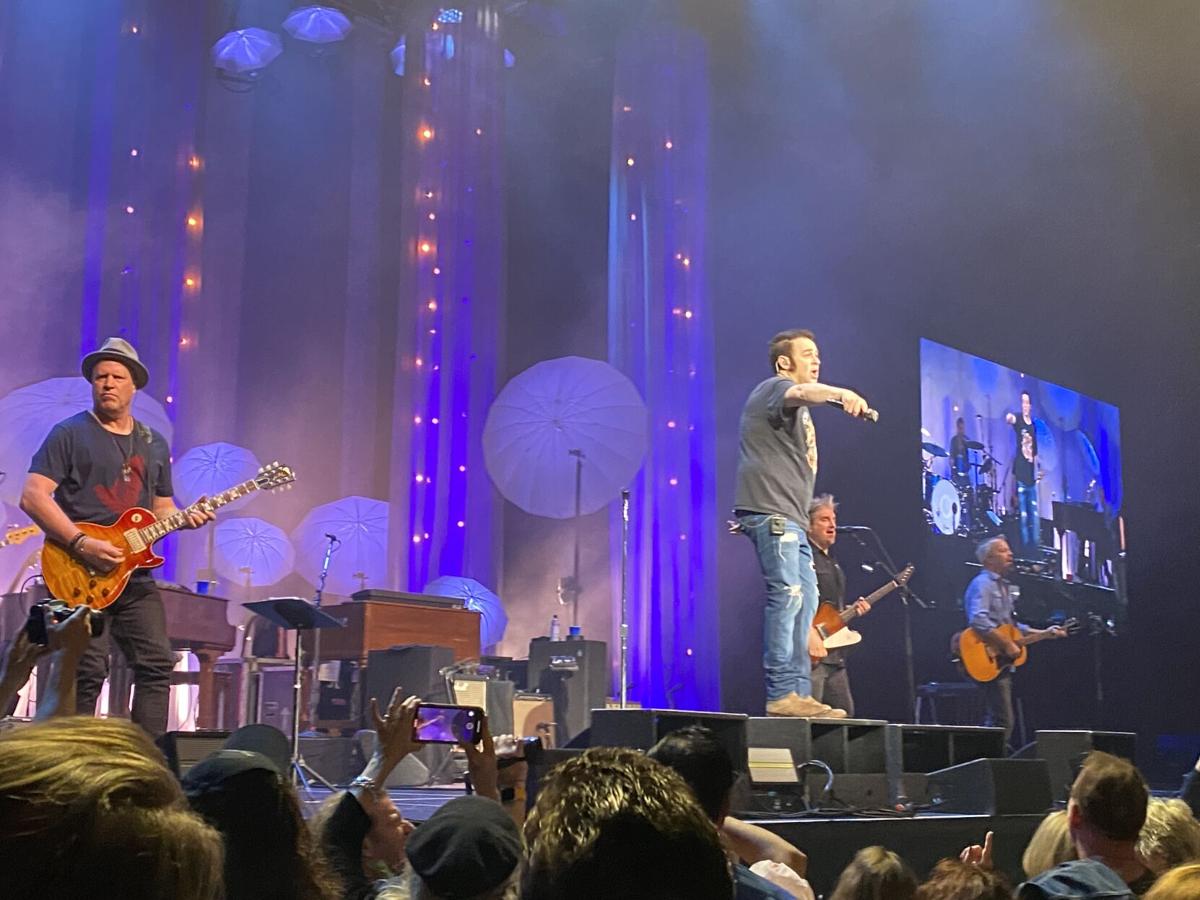 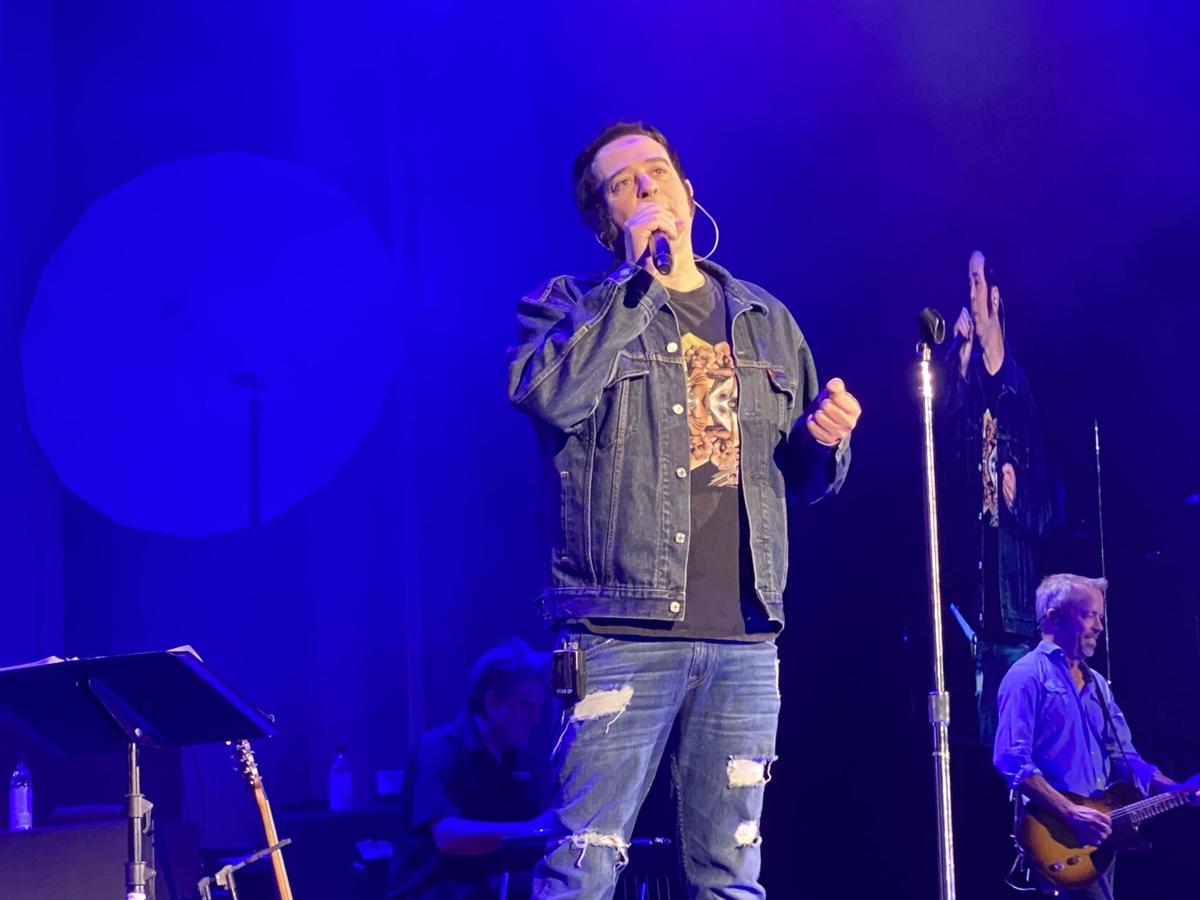 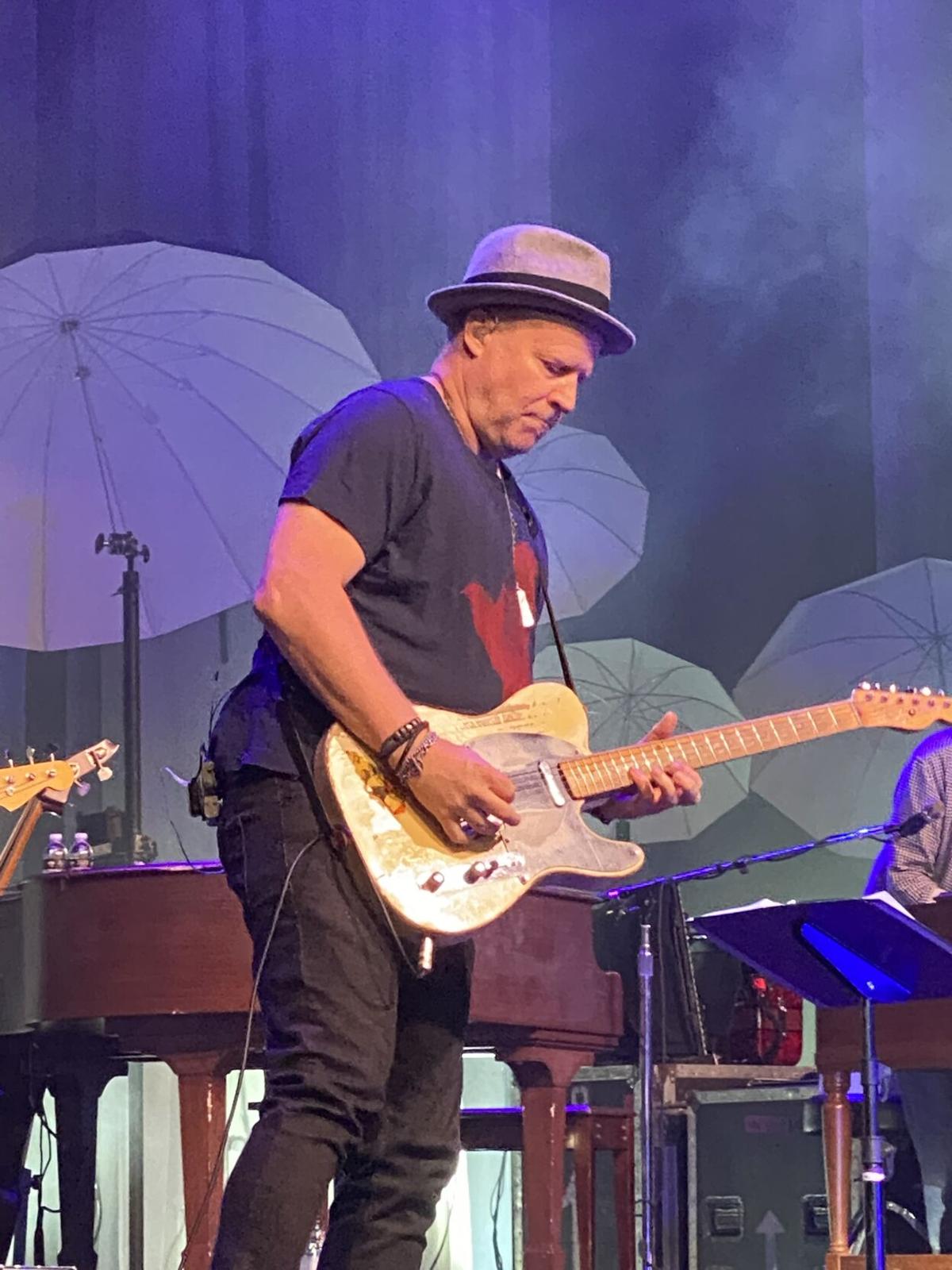 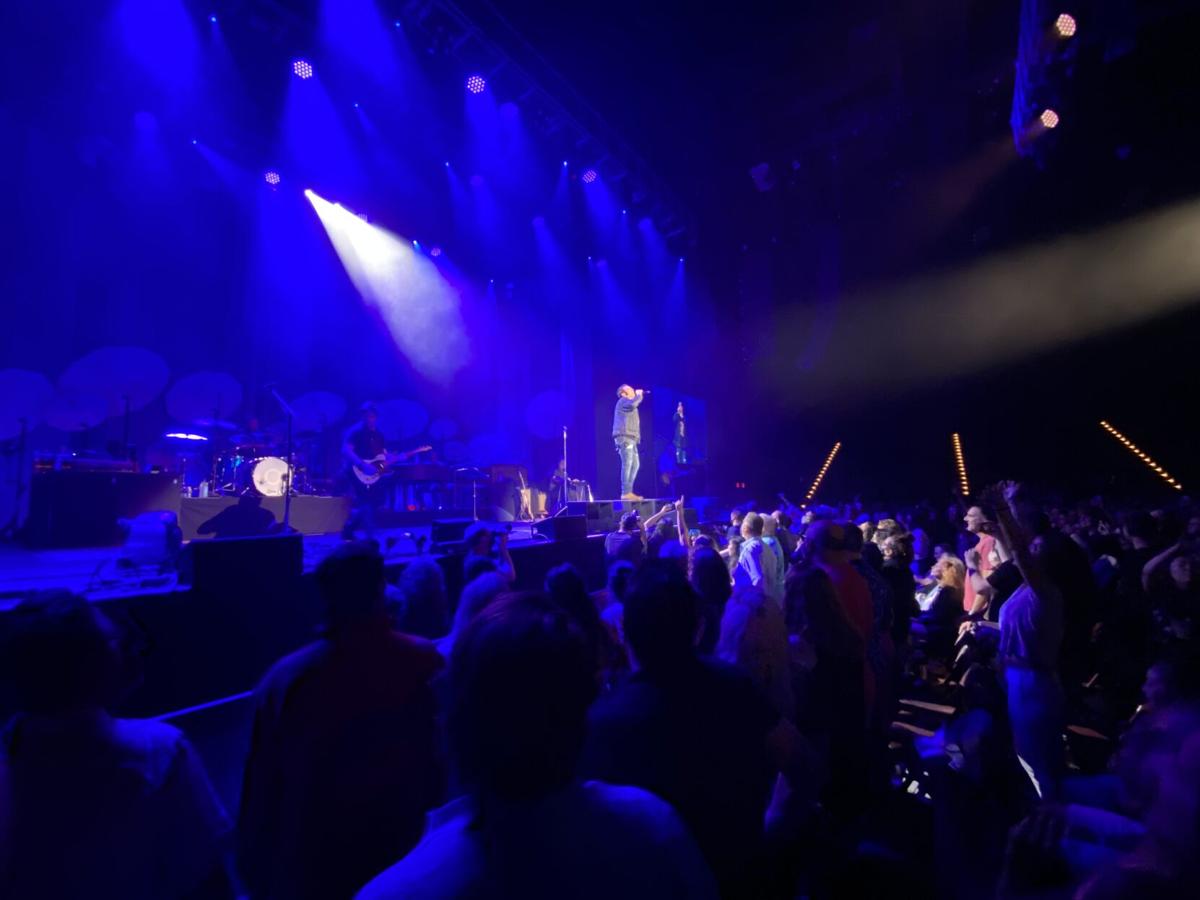 The Counting Crows perform to thousands of people at the Hard Rock Casino & Hotel Atlantic City. 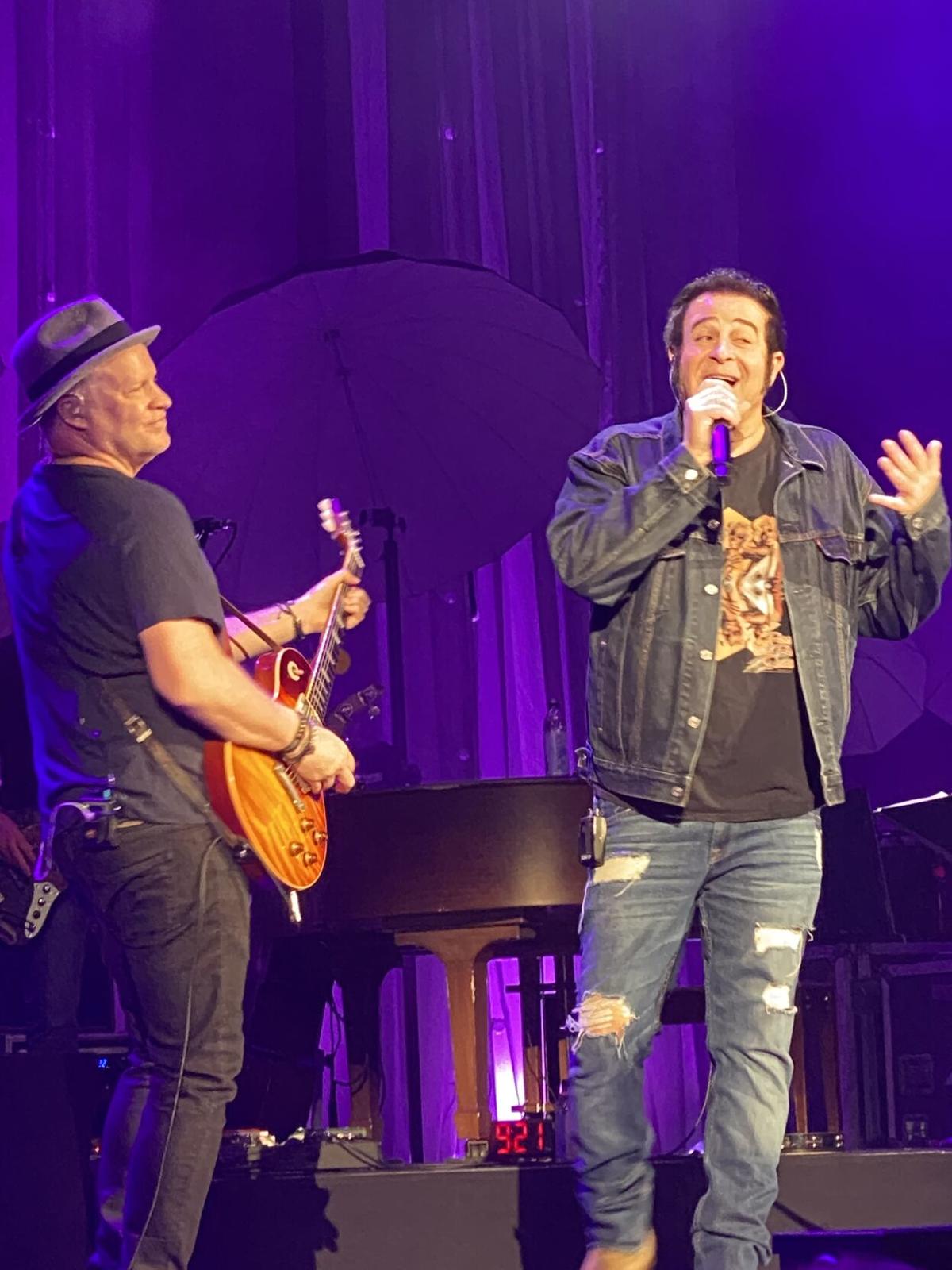 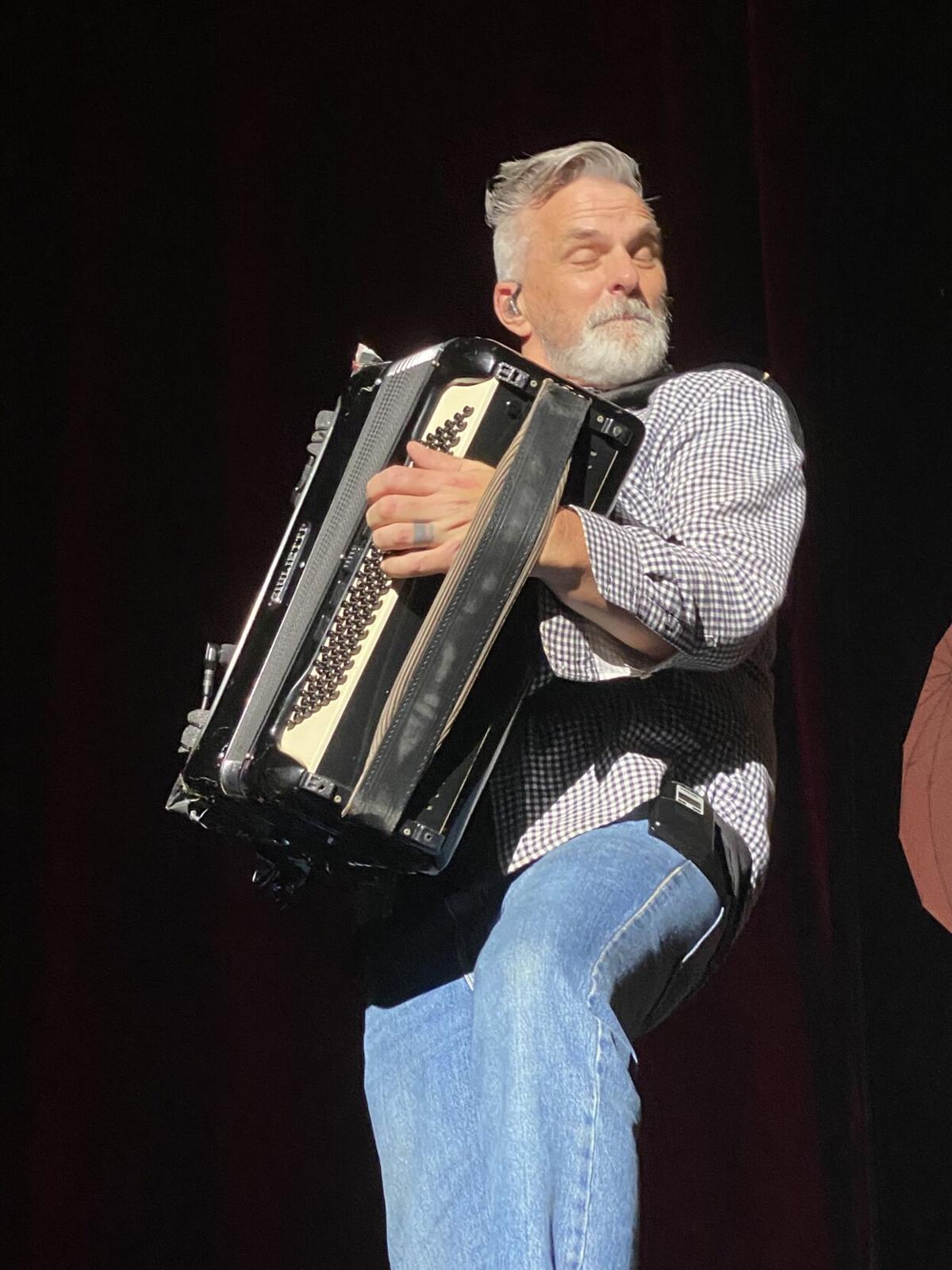 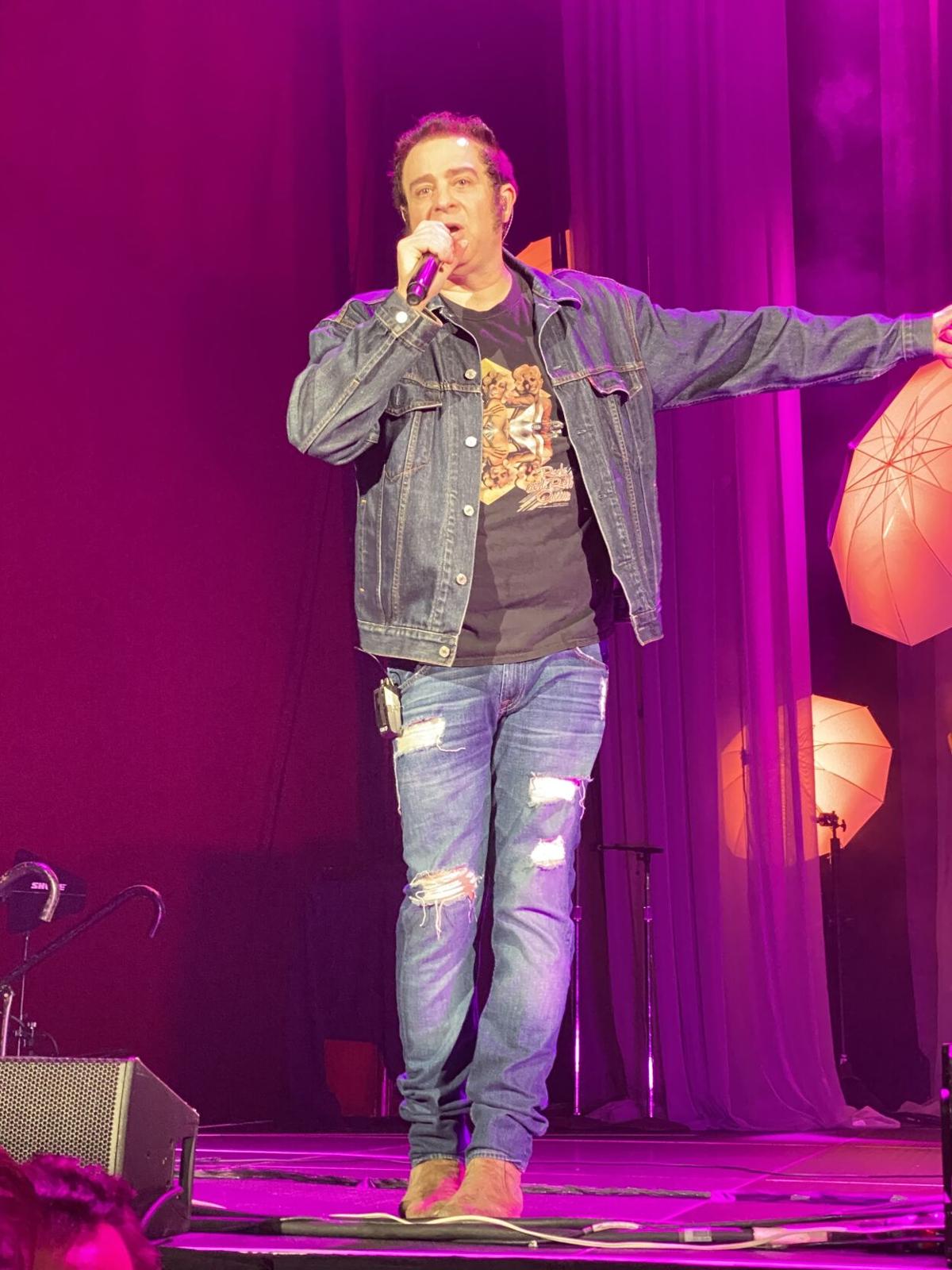 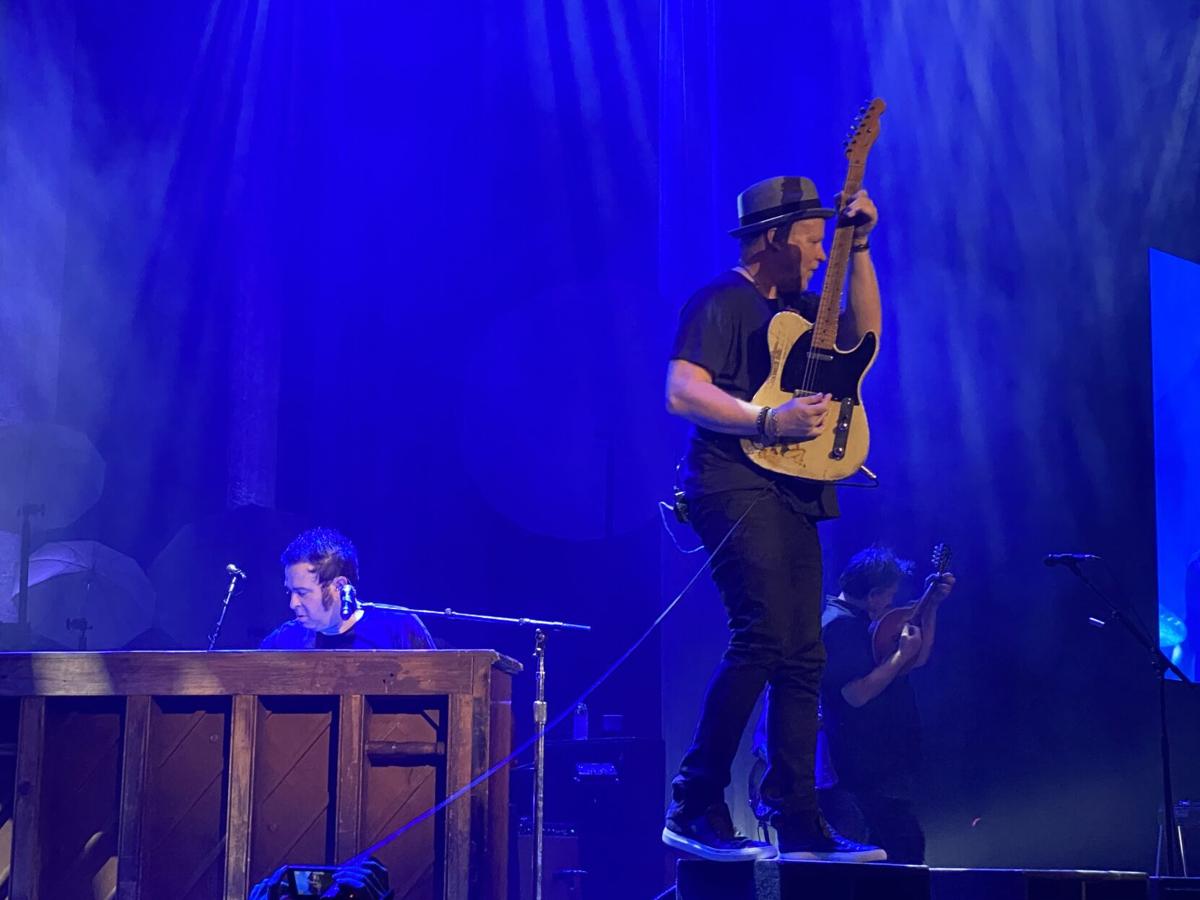 Big concerts are back, and no one seemed more grateful for that Saturday night than Adam Duritz.

The Counting Crows frontman, whose past concerts revealed a sometimes moody personality and outright vocal disdain for playing in a casino, was all smiles at the Hard Rock Casino & Hotel as he and his talented six-piece band offered two hours of hits, deep tracks, a cover and the live debut of the band’s new four-song EP.

Wearing a blue denim jacket and torn jeans with a black rock T-shirt and trading his dreads and beard for a clean-shaven face and cropped haircut, the youthful-looking, 57-year-old Duritz and the Crows put on their first concert in nearly two years -- and THE best Crows concert this critic has seen them play in more than a dozen concerts over the past 28 years.

Opening with “Round Here,” a crowd favorite and standard Crows opener, Duritz opened in his trademark talky style, building the slow groove into a sing-along crescendo that set the stage for a night of memorable moments.

Like “Round Here,” the crowd really reacted to the four songs played from the Crows’ 1993 debut “August and Everything Ever,” including “Omaha,” in which the band really gelled with their lead singer as multi-instrumentalist Charlie Gillingham ripped out the accordion and guitarist David Immergluck complemented on mandolin while guitarist Dan Vickrey strummed his Danelectro and Duritz really sang nicely; “Rain King,” still one of the Crows’ best tunes that just doesn’t grow old after nearly 30 years; and the obligatory “Mr. Jones,” the band’s biggest hit that Duritz and the band still seem tired of performing even after two years off, and you can’t blame them as the crowd insists on singing over Duritz no matter how much he tries to deviate from the melody by poetically delivering his lyrics like a spoken word artist.

Saturday’s Hard Rock set certainly skewed toward the band’s more upbeat material in a catalog full of downers, including the lesser-known “Earthquake Driver” off of their last full album, 2014’s “Somewhere Under Wonderland”; the title track to 2002’s “Hard Candy,” in which Duritz initially struggled to find his tone but rebounded nicely by song’s end; “Hanginaround,” a big hit off 1999’s “This Desert Life” that served as a perfect, fun set closer that would have been a much better finale than “Holiday in Spain,” a stellar song nicely delivered, but not exactly a great ending to the night.

Other highlights included a stunning rendition of “Colorblind,” a tough tune to pull off live because of its soft and tender nature that Duritz beautifully delivered with heart and meaning while Gillingham – the band’s secret weapon – accompanied on synth and piano; an extremely enjoyable cover of The Grateful Dead’s “Friend of the Devil” featuring great harmonies by the band as  Duritz sang smiling ear to ear; the somber, touching “A Long December” with Duritz on piano complete with a cute story about his girlfriend looking at the ocean from their Atlantic City room and accidentally reciting one of the song’s lyrics; and “Washington Square,” a not-so-well-known song off what is probably the Crows’ least appreciated album, 2008’s “Saturday Nights and Sunday Morning,” an album divided into country and rock sides, with this one coming from the country side that is not very country but is a very pretty, nice piece of underappreciated music.

For true fans, the highlight of the night was the debut of “Butter Miracle: Suite 1,” a four-song EP that the Counting Crows played in its entirely for the first time live.

Written by Duritz when visiting England, the quirky, eclectic and mostly fun songs are instantly recognizable as Counting Crows tunes, and are also immediately likable, particularly the first single “Elevator Boots,” an immediate Crows classic that is as good of a song the Counting Crows ever released.

The audience didn’t know what to expect – and the band probably didn’t either – since it was the first time being played live, but it really couldn’t have gone more brilliantly.

Duritz sang all four tunes just like he was recording the EP, all of the transitions between songs were seamless and perfect, and the audience really gave the band the proper respect and responded positively to songs most of them probably never heard before.

Like a good deal of the Counting Crows’ material, “Butter Miracle” is complicated material with lots of lyrics, and “Angel of 14th Street” particularly shined thanks to its layered support vocals, synthesizer and guitar solos by Gillingham and Immergluck, respectively, and the big power chord transition to the EP’s finale, the terrific “Bobby and the Rat-Kings.”

Whether you were a Counting Crows fan or not, to miss this live debut – a musical first – was missing something special.

Perhaps the most surprising element of Saturday night’s Counting Crows’ return was Duritz’s personality. Like most of us coming out of the pandemic, the talented singer/songwriter seemed genuinely happy to return to normalcy, joking that he was so freaked out at one point from not working during the pandemic that he started offering Cameo, the web platform in which celebrities give personal greetings to fans for a fee.

The usual quiet – and sometimes visually miserable – Duritz was downright chatty and clearly having a blast on stage, a vibe the audience fed on and returned to the band in a big way, resulting in one of the most energetic and memorable Counting Crows shows ever.

“I felt my voice was this alien thing,” he told the crowd about returning to rehearsal. “I couldn’t control it.”

He also joked about remembering his songs’ lyrics, which are known for being long, poetic and nonrepetitive.

“I usually keep my lyric sheet way back there,” Duritz said, pointing near the drums. “But tonight I put it right here. There’s too many words in these songs. I gotta learn to repeat choruses. We are getting older, and I am this close to senility … so this is hard.”

He also talked about the pandemic: “This was a weird couple of years … a hard couple of years for a lot of people. Get vaccinated. Make it safe for everybody. I want people to come see us without getting sick.”

Duritz was particularly appreciative of the Hard Rock for allowing the band and crew to rehearse and stay there for 10 days to prepare for their tour: “We never had anyone do anything so generous for us. It was an incredibly generous act, and I appreciate it so much.”

Like most rock bands, Duritz certainly commands most of the audience’s attention, but those in the know realize the Counting Crows are one of the most talented – and underappreciated bands – on the planet.

Delivering complex music with layered vocals and difficult time changes, the band didn’t show any signs of rust. And any gearhead would pay the price of admission just to see Immergluck’s and Vickrey’s guitar collection, which on Saturday included an array of modern and vintage beauties from white, vintage Gibson SGs, cherry sunburst Les Pauls and Firebirds to custom Fender Telecasters and Strats to a ’60s-era Epiphone Wilshire and hollow-body Epiphone Casino and even a 12-string Danelectro thrown in for good measure. It was a guitar clinic.

To say it was enjoyable watching the Counting Crows rock thousands of people, who were singing and enjoying themselves like they did pre-pandemic, would be an understatement. Saturday’s concert was an affirmation that music is not just a fun activity, it’s essential for the soul, and the Counting Crows needed that musical nourishment as much as we did.

Penn & Teller are no longer just entertainers, they are legends.

To say Marie Osmond wears many hats would be the understatement of the last 60 years. A member of a famous showbiz family, some might say she …

If you love your holiday shows with a touch of local flair, then you won’t want to miss “Swing Into Christmas,” a holiday variety show that he…

The Counting Crows perform to thousands of people at the Hard Rock Casino & Hotel Atlantic City.