The F-22 Raptor is one of the most advanced military jets of all time. Guests can see it perform incredible aerial maneuvers at Millville Wheels & Wings Airshow this weekend.

The de Havilland Vampire was a ground breaking fighter jet built for the British Royal Air Force in 1946. It will fly at the Millville Wheels & Wings Airshow.

The German JU52 warplane will be onsite at Naval Air Station Wildwood’s AirFest. 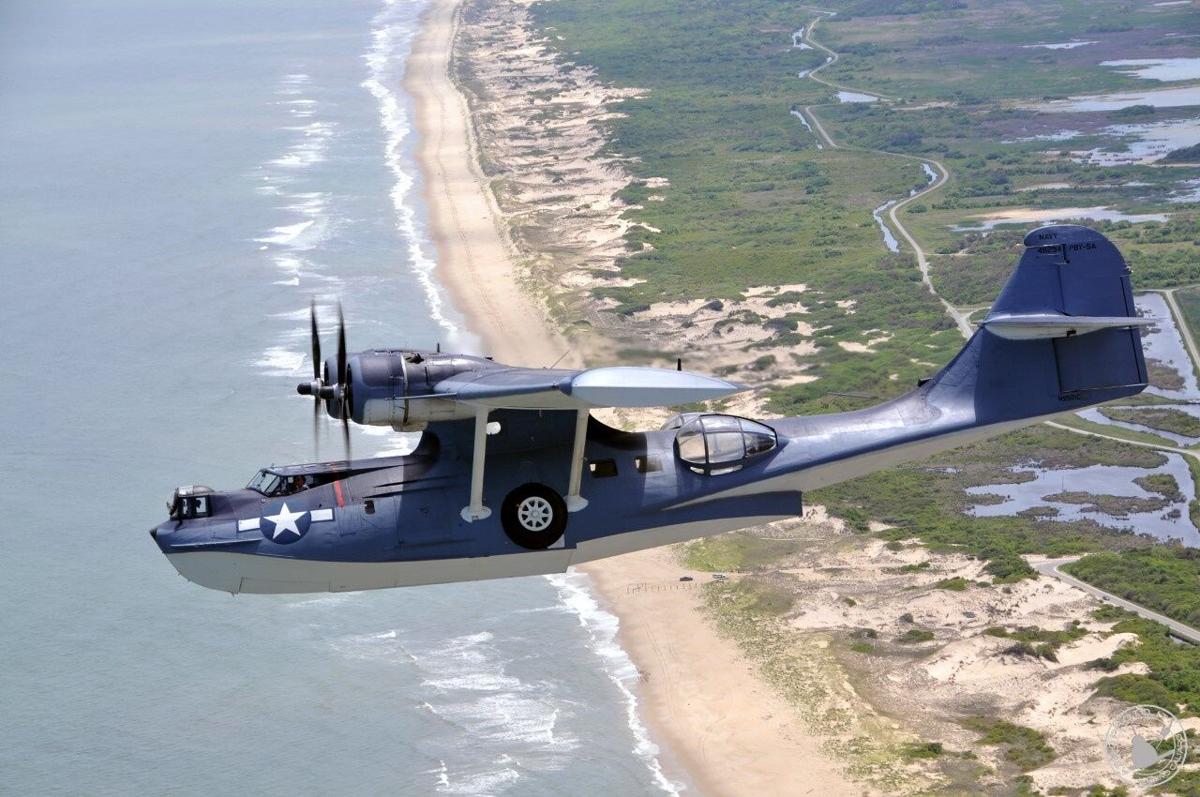 The PBY Catalina, above, and the German JU52 warplane, below, will be onsite at Naval Air Station Wildwood’s AirFest.

With Labor Day Weekend already upon us, it sure seems like the summer flew by. Speaking of things flying by, summer’s last hurrah will offer folks a chance to catch not one — but two — aviation-themed celebrations.

Whether you are a true aerophile, a military history buff or just someone who gets a kick out of checking out some fast-moving planes, we highly recommend checking out both the Millville Wheels & Wings Airshow and the Naval Air Station Wildwood’s AirFest.

If you have never been to either and don’t know what to expect? We’ve got you covered.

Wings AirshowIs there anything more American than classic cars and fighter planes? We think not. This awesome combination comes together for the Millville Wheels & Wings Airshow 9 a.m. to 5 p.m. Saturday and Sunday, Sept. 4 and 5, at Millville Airport in Millville.

Attendees can expect an exciting and festive atmosphere with a variety of military planes, both on the ground for up-close viewing and in the sky wowing the crowds with their incredible aerial maneuvers that includes a performance from the US Army Golden Knights Parachute Team.

A car show sporting some of the most incredible antique and classic automobiles around will make the festivities even more fun, and a variety of food vendors will feed the throngs of hungry patrons throughout the day.

One of the most exciting of all aircraft that will take flight at the event is the United States Airforce F-22 Raptor, a modern twin-engine stealth tactical fighter that is one of the most advanced fighter jets ever made. And while it may look like fun, flying a jet of this magnitude in an airshow requires much skill and years of training.

“To become a demo pilot in the Air Force, a pilot must have 10 to 13 years of actual flight experience,” says Don Hudson, U.S. Air Force Staff Sergeant and public affairs rep for the F-22 Demo Team. “That means they have to go through the Air Force Academy, then pilot school as well as on station training.”

It wouldn’t be an airshow without a few tricks, and the F-22 pilot will indeed showcase some of the most impressive maneuvers that the aircraft is capable of.

“We do quite a few maneuvers with the F-22. It can do everything from somersaults, backflips and cartwheels to the crowd favorite, known as the tactical pitch, where the pilot comes in at about 300 miles per hour and basically does a 90 degree turn, and you get to feel all of the thrust and the power of the F-22. It’s absolutely fantastic,” Hudson says.

In addition to modern warplanes like the F-22 Raptor, there will also be flights from some incredible historic aircraft, including the de Havilland Vampire, which was the world’s first single-engine jet fighter, originally built for use by the British Royal Air Force in 1946. The Vampire was groundbreaking for its time.

“Before anything else did anything, the Vampire did everything,” says Jerry Conley, pilot and owner of the Vampire. “And out of 5,000 that were built, there are only six left.”

But can a plane that was built more than 70 years ago be safe to fly today? Apparently, it can.

“The engine in this airplane is a 1956 engine that has been rebuilt to new standards and has only a handful of moving parts. A modern engine has thousands of moving parts, and any one of those parts can break. There are not all of those parts to break in a plane like the Vampire. Back then, everything had to be made much stronger and much heavier. They are built like tanks,” Conley says with confidence.

Flying the plane is the easy part – Conley has a lot more in store for the crowd in Millville this weekend.

“I’ll do some aileron rolls, Cuban eights, loops … every fighting maneuver that the airplane was designed to fly, I will fly,” he says.

Naval Air Station Wildwood’s AirFestNow celebrating its 25th year, Naval Air Station Wildwood’s AirFest has become a beloved annual tradition in South Jersey. This year’s event runs 10 a.m. to 4 p.m. Friday through Monday, Sept. 3 to 6, and will feature aircraft from the Military Aviation Museum & Fighter Factory in Virginia Beach, Va., which is home to one of the largest private collections of World War I- and World War II-era military aircraft in the world.

Guests will have the chance to check out some amazing aircraft including a PBY Catalina, the German Junkers Ju-52 and a Grumman FM-2 Wildcat, among others.

On top of that, attendees will also have a chance to explore the onsite museum, which boasts over 27 planes and helicopters and enjoy a presentation by Tuskegee Airman Dr. Eugene Richardson Jr. and Cadet Nurse Alma Bailey.

“You can experience these aircraft up close and personal at Airfest, and there is a lot of history to learn. There are so many things to do and see, and we have so many aircraft that have not been here before, so it’s really exciting,” says NAS Wildwood Aviation Museum Events and Communications Manager Austin Myers.

One thing that is not returning this year is the chance to actually fly in some of the military aircraft. In previous years, guests could pay a fee for this once-in-a-lifetime experience, but for 2021 the flights are not being offered.

“In the future it might be something that we bring back,” Myers says.

An interesting distinction about AirFest is that it is not an actual airshow in the traditional sense. While there will be many warplanes, helicopters and other aircraft on display, AirFest is not about watching planes pull off wild aerial maneuvers in flight. Instead, much of the fun is getting an up close view of the aircraft from the ground.

“These are the aircraft that the greatest generation were flying in in Europe and the Pacific. Being able to experience that first hand and see some of the stories you have heard about come to life, it’s pretty amazing,” Myers says.

Where: 500 Forrestal Road, Cape May

Saturday and Sunday, Sept. 4 and 5

Schedule is subject to change due to weather, aircraft availability and operations.

Live music from The Zone Acoustic

US Coastguard helicopter and watercraft on display

NJWarBirds fly in and static display

US Coastguard helicopter and watercraft on display

NJWarBirds fly in and static display

Christmas at the Hangar

It was early September and Eric Kretz was looking forward to a brief 11-date co-headlining tour pairing his band, Stone Temple Pilots, and co-…

Indie rockers Real Estate head to A.C. to celebrate the 10th anniversary of their most popular record

Finding success as a rock band playing original music in 2021 is an uphill climb. The days of radio and MTV overflowing with rock music have l…

The F-22 Raptor is one of the most advanced military jets of all time. Guests can see it perform incredible aerial maneuvers at Millville Wheels & Wings Airshow this weekend.

The de Havilland Vampire was a ground breaking fighter jet built for the British Royal Air Force in 1946. It will fly at the Millville Wheels & Wings Airshow.

The German JU52 warplane will be onsite at Naval Air Station Wildwood’s AirFest.

The PBY Catalina, above, and the German JU52 warplane, below, will be onsite at Naval Air Station Wildwood’s AirFest.